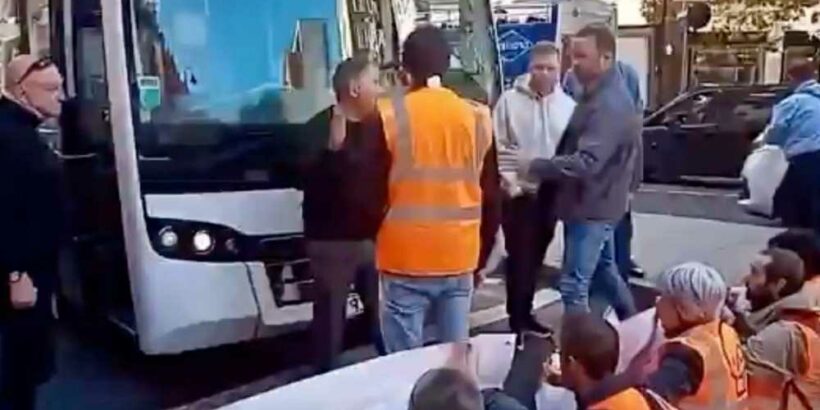 THIS is the shocking moment a man pleads with idiot eco-protesters to get out of the way as they stop a sick baby from getting to hospital.

Activists from Just Stop Oil blocked a major junction in London’s posh Knightsbridge with the demonstration also halting a fire engine from responding to an emergency. 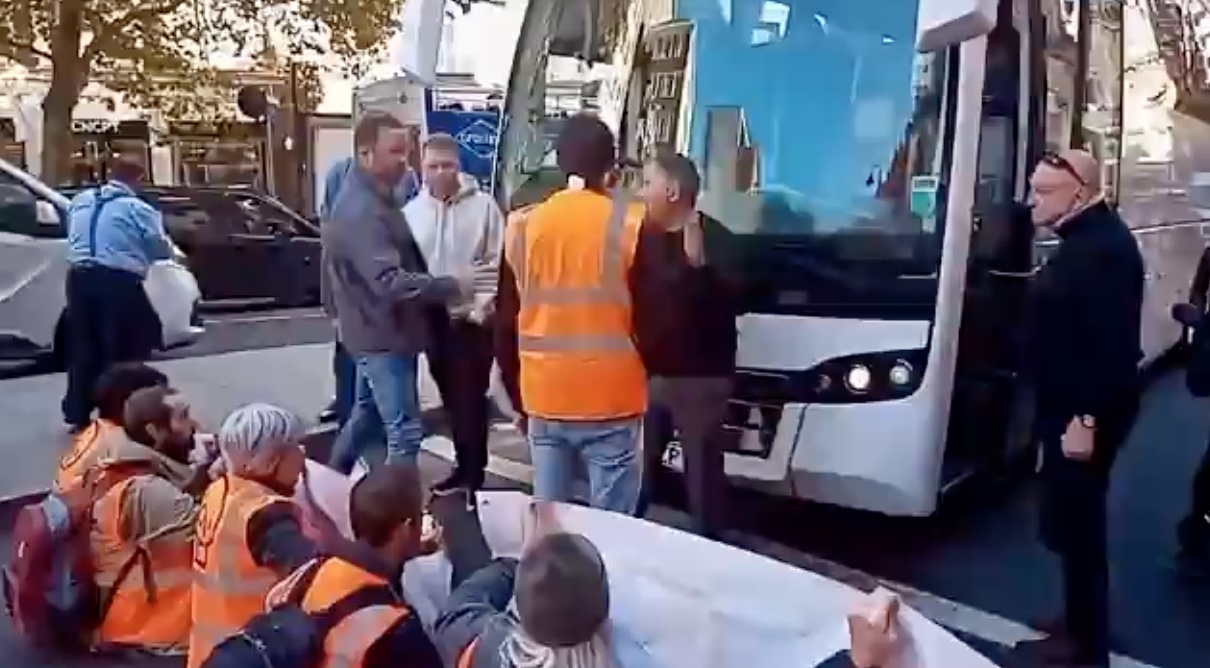 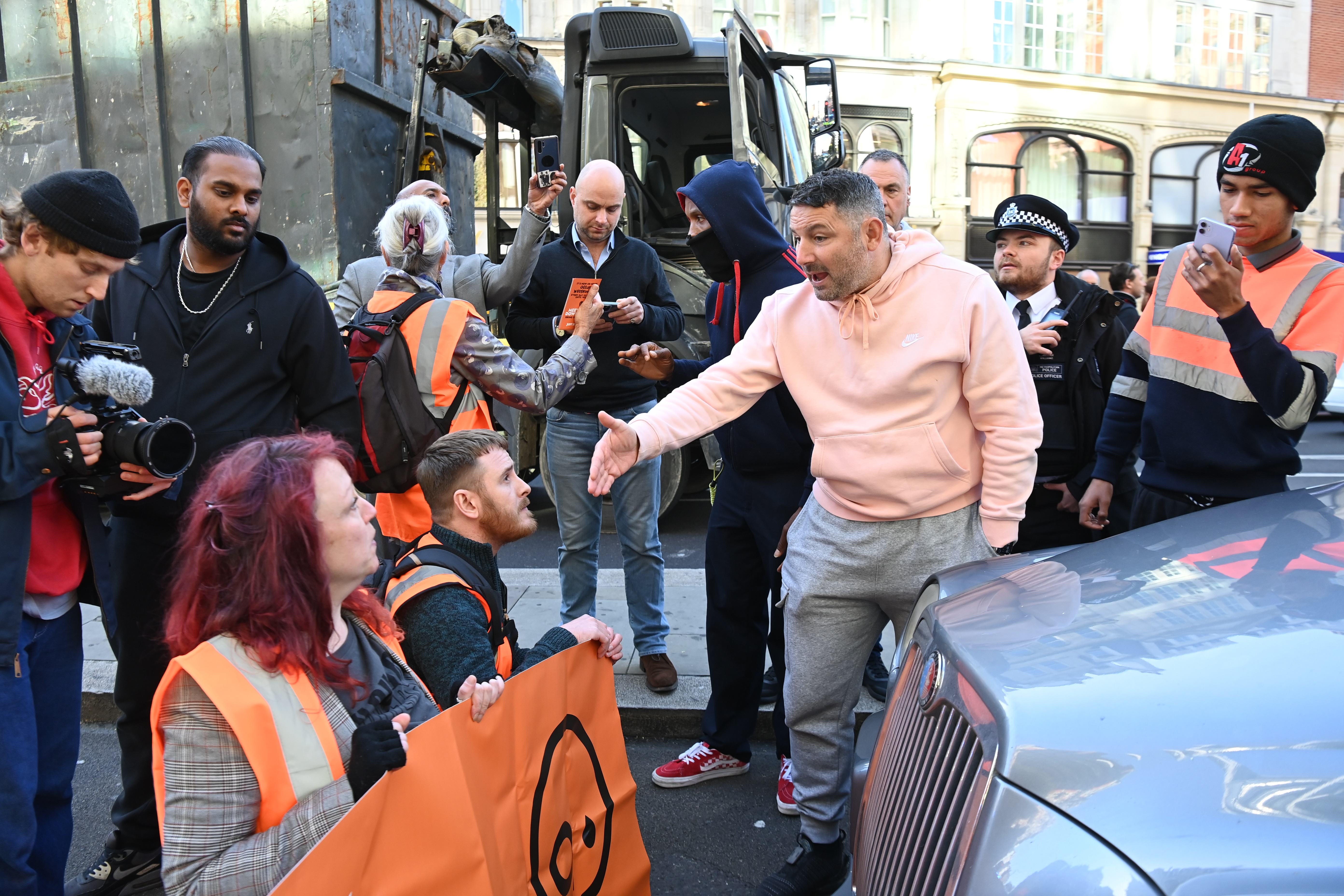 An ambulance was forced to reverse and find an alternative route as the eco-mob took to the capital’s streets once again.

A van driver was also seen slowly driving into the activists, forcing them to move out of the way as the driver made its way through the line of protesters.

After 11 days of consecutive protests there have been more than 300 arrests made so far.

A motorist also ripped away banners from the group as tensions escalated. 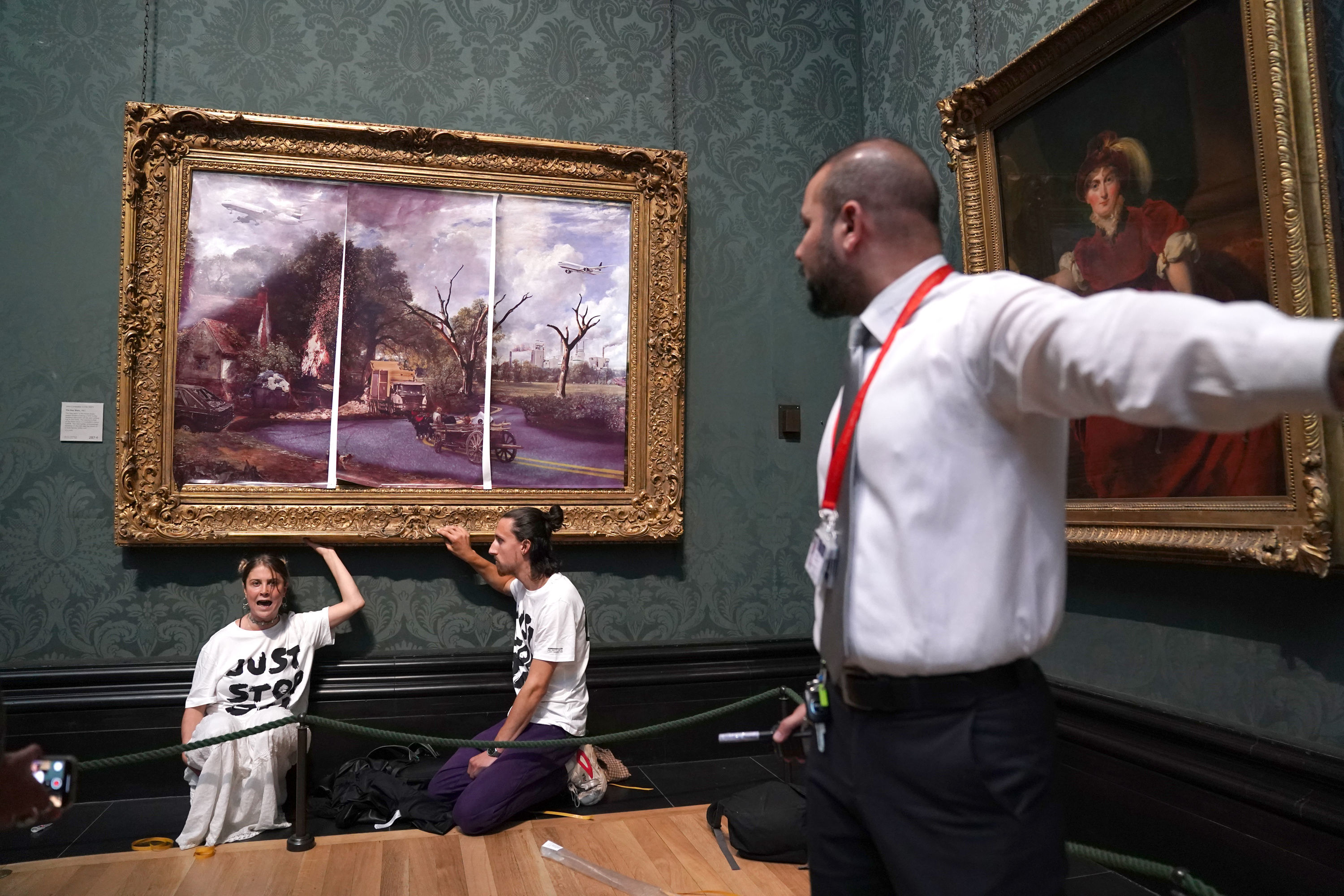 One man can be heard telling the activists “I’m trying to get a baby to hospital.”

A binman from Westminster City Council who was also held up shouted: “You've got nothing better to do, get a job, you mugs, come on it's enough, we're just the f***ing workers, you clowns, f***ing idiots, you just sit there like a bunch of lemons.”

The eco-mob halted traffic at the junction of Knightsbridge and Brompton Road as they continued to demand the Government stops all new oil and gas licences.

Although motorists have been left frustrated over the protests by Just Stop Oil, the group has also gained support from the public.

In a video released by the group, a woman with an American accent watching the activists said: “It's really amazing work, and they are so brave for being out here with cars coming at them, especially, and cars, yeah, willing to stay there for everyone else and it's really nice work.”

Around 32 activists from the group started their protest at 10am which saw some member glue themselves to the road as frustrated motorists got out of their vehicles to remonstrate with them.

But the man replied: “Yeah, you can't do this – and it doesn't happen overnight, does it?”

The Metropolitan Police later said it had arrested 28 protesters at the demonstration, all on suspicion of wilful obstruction of the highway.

A police liaison officer told the group: “Are you intending to stay here until you get removed by officers and arrested?” A woman replied: “Yes, or you can get them to stop new oil licences.”

In the exchange, the cop said: “I can't do anything about that, but what I can ask you to do is ask you to move out the road and protest in a more safe and appropriate location. Is anyone willing to do that?”

The junction, close to Harrods, Hyde Park and Knightsbridge Underground station, is a key route in and out of the capital from the west of the city.

It’s thought around 337 Just Stop Oil protesters have been arrested since the demonstrations began 11 days ago.

The group has said there had been more than 1,500 arrests made since it launched its campaign on April 1.

Usually Just Stop Oil has a policy of letting through emergency services and the group also tweeted footage showing protesters getting out of the way of a fire engine, saying they had “paused” the roadblock for the vehicle.