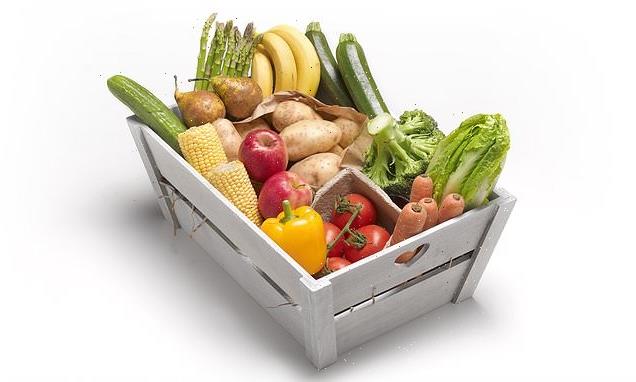 Despite inflation soaring, the cost of apples, grapefruit and potatoes have dropped by around seven per cent, analysis shows

Soaring food bills are hammering families – but some items will hit wallets harder than others, an analysis by The Mail on Sunday reveals.

Official figures showed last week that overall prices on goods, including fuel, clothes, gadgets and groceries, rose by seven per cent in the year to March.

However, increases in shopping baskets are far from uniform, with some fruit and vegetables actually decreasing in price.

Households looking to reduce their weekly food costs may want to avoid items such as tomatoes, ham and salmon, which have all soared by at least 15 per cent.

Conversely, the price of apples, grapefruit and potatoes are all going down by as much as seven per cent. 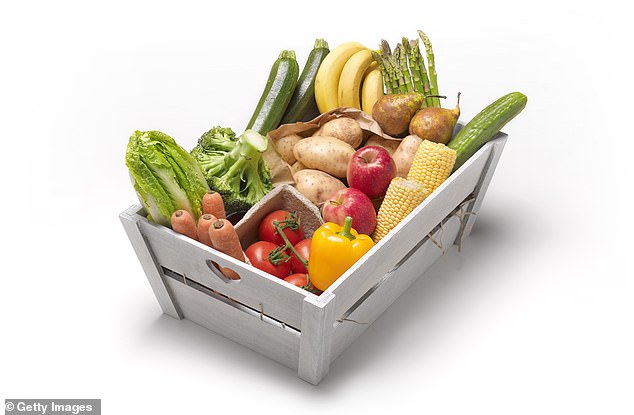 The rising cost of living has seen a large number of meats, fruit and vegetables (stock photo) increase very significantly in price compared to last year, although a number of items have bucked the trend

Meanwhile, tea bags are up 13.1 per cent while the cost of coffee pods has remained flat.

The analysis compared figures provided by the Office for National Statistics for July last year, when lockdowns ended and the demand for goods sparked supply chain issues, and last month.

Helen Morrissey, analyst at the financial services company Hargreaves Lansdown, said: ‘Cooking oil, margarine and even the price of a pint of milk have soared in recent months and, as time goes on, shoppers may be forced to substitute their favourite items for cheaper alternatives.

‘For instance, we could see tea being swapped out in favour of coffee while the price of wholemeal bread has risen far less sharply than that of white bread.’ 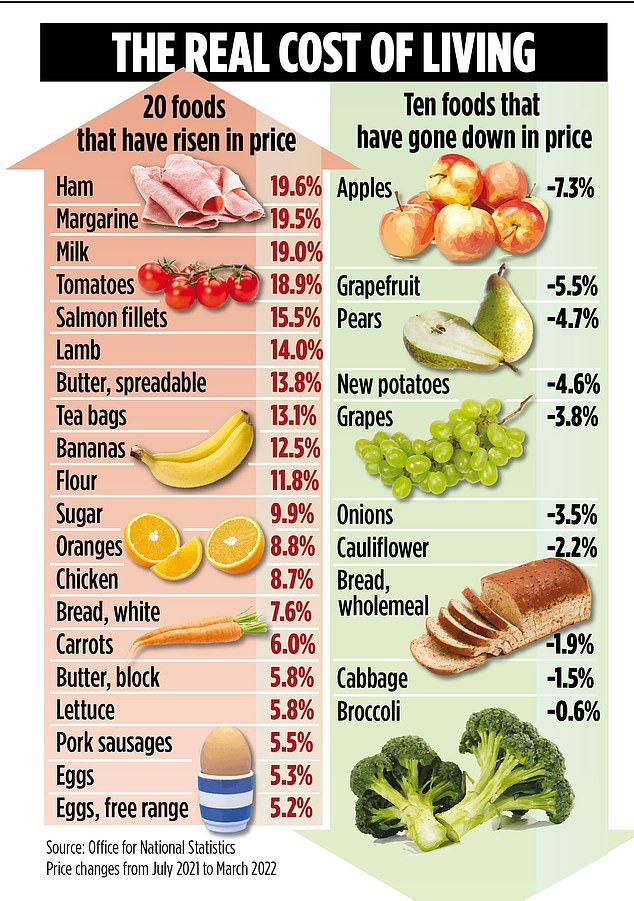 Rising gas prices are behind an almost 19 per cent surge in the cost of tomatoes. APS Group, which supplies two-fifths of tomatoes in the UK, shut ten per cent of its greenhouses saying it was too expensive to heat them.

Marks & Spencer last week cut prices in its ‘Remarksable’ value range while Iceland sold bags of frozen vegetables for 1p, rather than £1 – although the offer ended last Thursday.