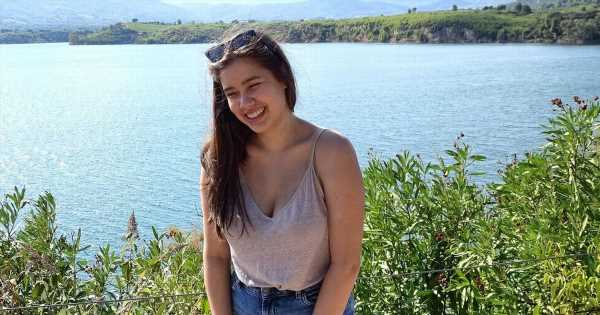 The heartbroken parents of British mum Caroline Crouch – who was killed in Greece – have reportedly vowed to care for her baby daughter.

Parents Susan and David Crouch said they have been filled with "gut-wrenching grief that will never leave them" since their daughter lost her life in May.

Her Greek husband, Charalambos (Babis) Anagnostopoulos, 33, was charged with the premeditated murder of 20-year-old Caroline.

The Brit mum was found dead at their family home in Athens on May 11.

Ms Crouch had been sleeping when she was suffocated for six minutes in an upstairs bedroom, the coroner's report suggests.

Anagnostopoulos had previously claimed his university student wife had been strangled by a foreign gang of intruders while he was tied up and trapped in another room.

However, police now claim that the husband has admitted he smothered her with a pillow in front of their 11-month-old daughter.

It is understood that the police believe the alleged attack happened after an argument between the married couple.

The couple's baby girl will now be subject to a pending custody decision with both grandparents hoping to take a large role in her upbringing, reports state.

Speaking to the Daily Mail, Miss Crouch's father, David, said: "Both Susan and I will spend the rest of our lives making sure that justice is done and ensuring that her little daughter is brought up with all the advantages that we can give her and that the memories of her mother live forever."

David and Susan have spoken to about the love they have for their daughter who was "cruelly taken away at the beginning of what was expected to be a wonderful life".

The devastated parents said they will always be proud of their daughter who was "not just academically brilliant, she was also a wonderful sportswoman".

David said: "From learning to swim at an early age, she went on to qualify as a scuba diver in open water diving – her only disappointment being that she couldn't gain her instructors certificate because she was under eighteen at the time."

The baby girl who has lost her mother is currently being looked after by her grandparents in Athens.

Some reports state that Anagnostopoulos's parents have also said they want to play a part in her upbringing.

The final decision on the custody of the infant will be made in around 90 days, Greek Reporter says.