A devoted dog who appeared in every photo of his owners’ home birth is yet to leave his newborn companion’s side four months on.

Ranger, a one-and-a-half-year-old Corgi, pleasantly surprised his owners after making an appearance in every single image that was captured during her water birth with daughter, Berkeley.

Brooke Ellington, 35, enrolled the help of family and newborn photographer Kristin Water to document her daughter’s birth on June 29 at home in Midland, Texas, USA.

After she received the gallery she realized her white and ginger furred pup was featured attentively in every single image. 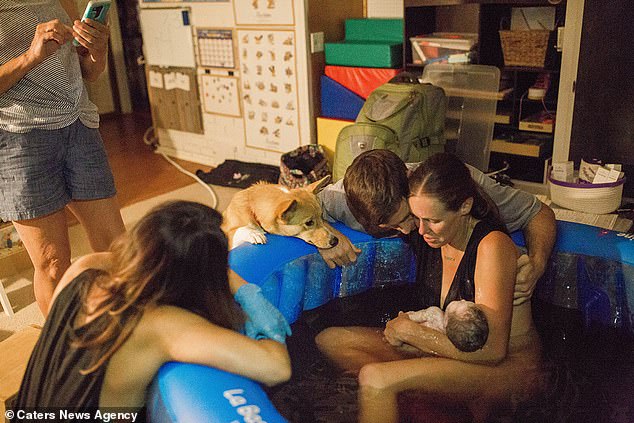 Ranger peers over the pool as Brooke Ellington, 35, gives birth to a daughter on June 29 in Midland, Texas, USA 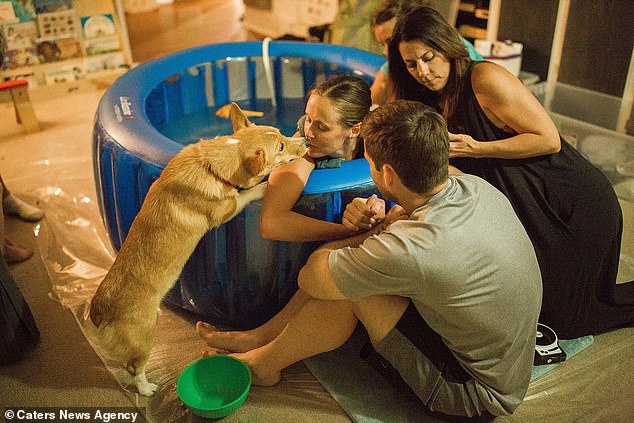 Ranger exchanges a kiss with owner and mom Brooke Ellington, 35, as he joins in the touching family moment 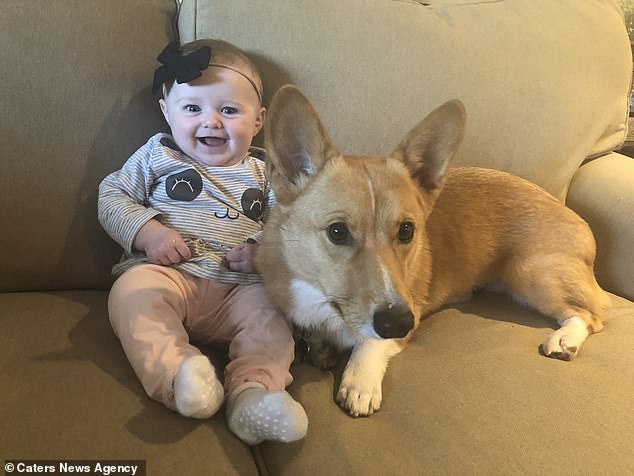 Ranger, who is one-and-a-half, sitting with his new family member, four-month-old Berkeley Ellington 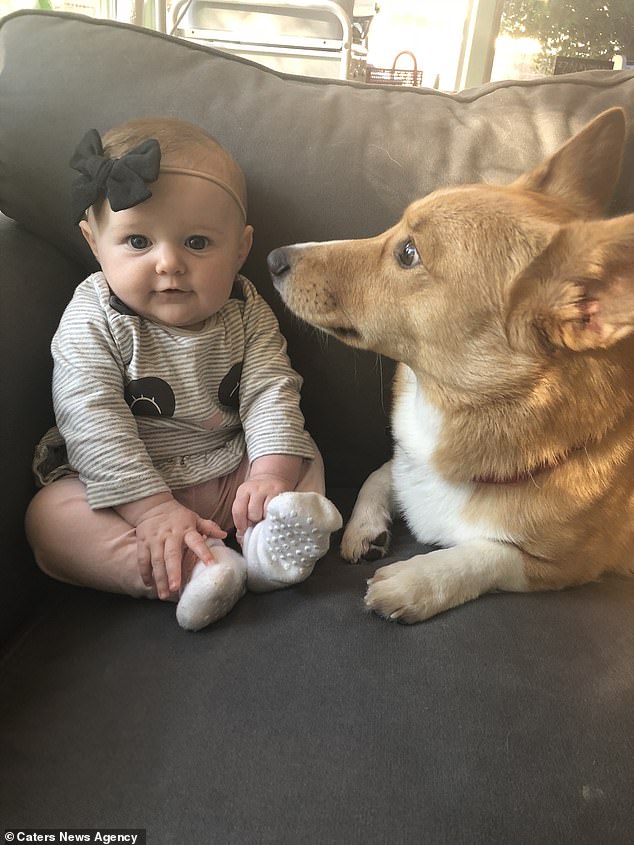 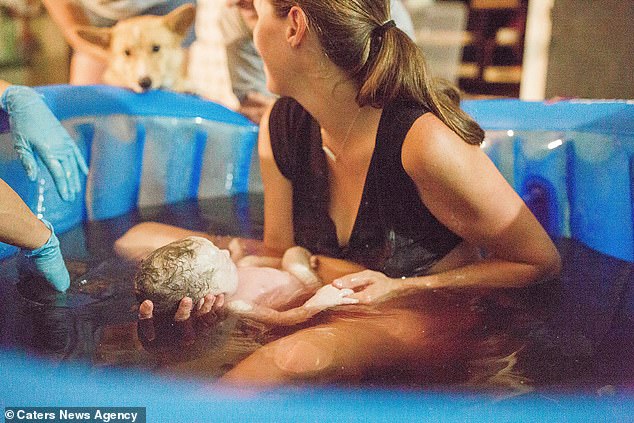 Four months after the birth, the affectionate Corgi is mesmerized by his new baby buddy and remains by her side at all times, often providing kisses in the form of dog licks.

The mom-of-three said: ‘Even though Ranger was extra attentive during my pregnancy with Berkeley, it still came as a surprise to see how close he was to me during my labor.

‘He’s always been my little buddy and now he’s Berkeley’s.

‘He follows her everywhere and keeps his eyes on her.

‘The moment she was born, he jumped up on the birth pool and I introduced him to his little sister.’ 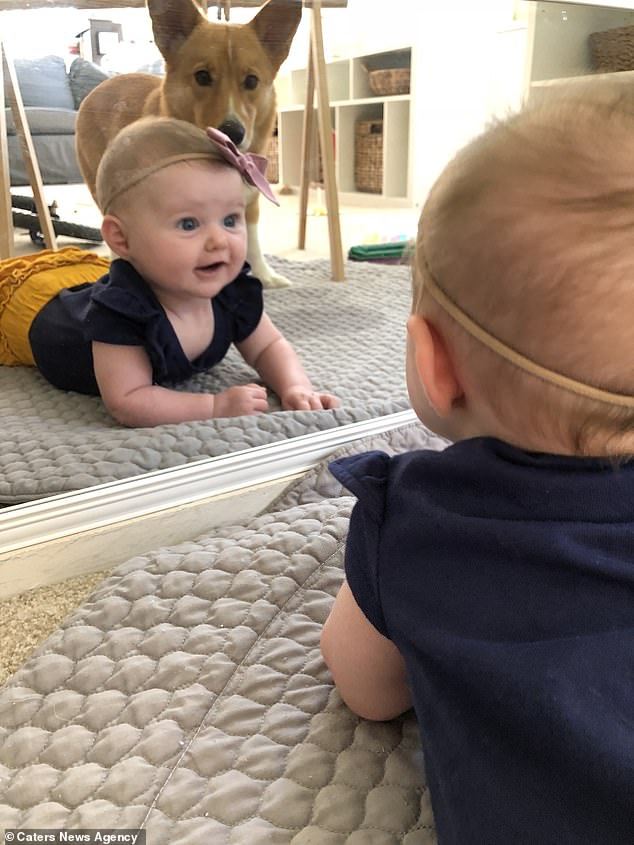 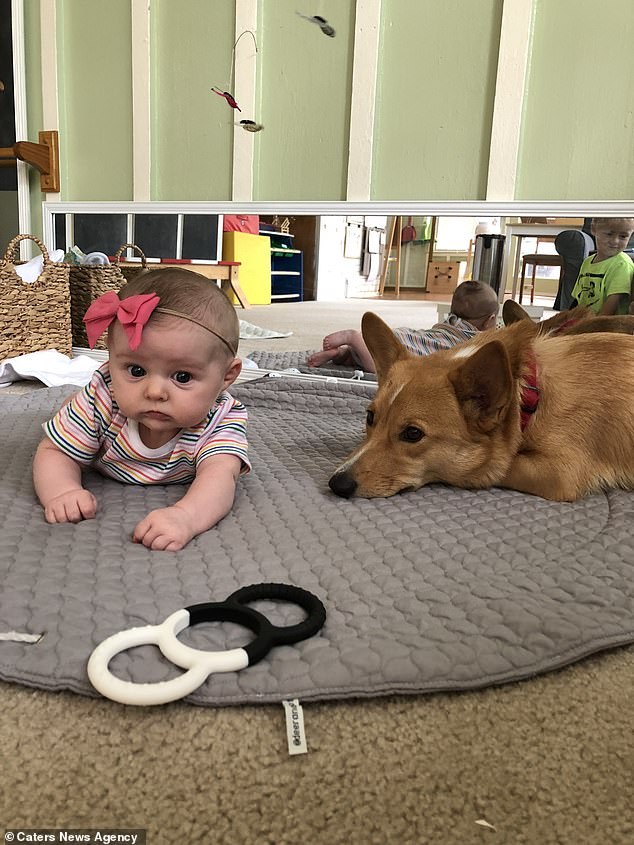 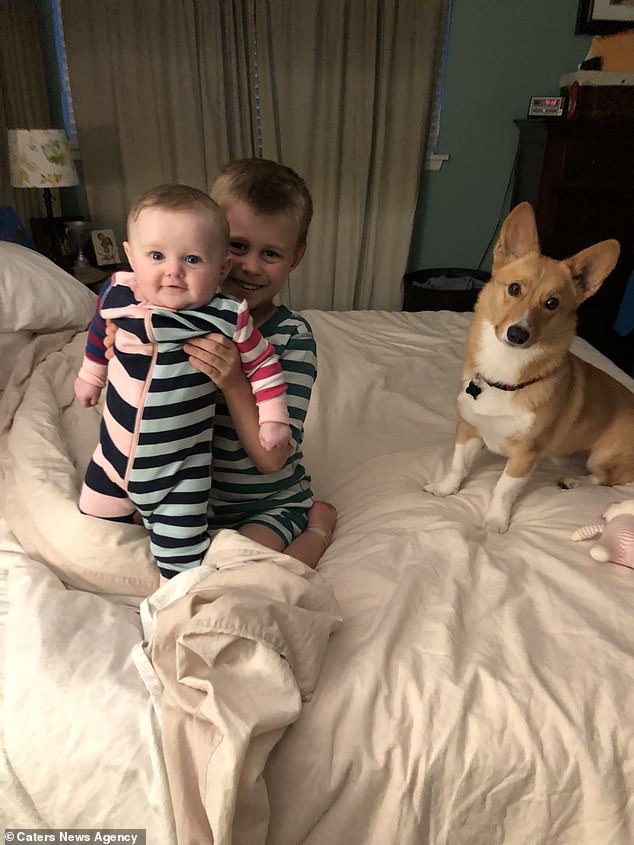 Boone, 5, holds his new sibling as Ranger refuses to leave her side 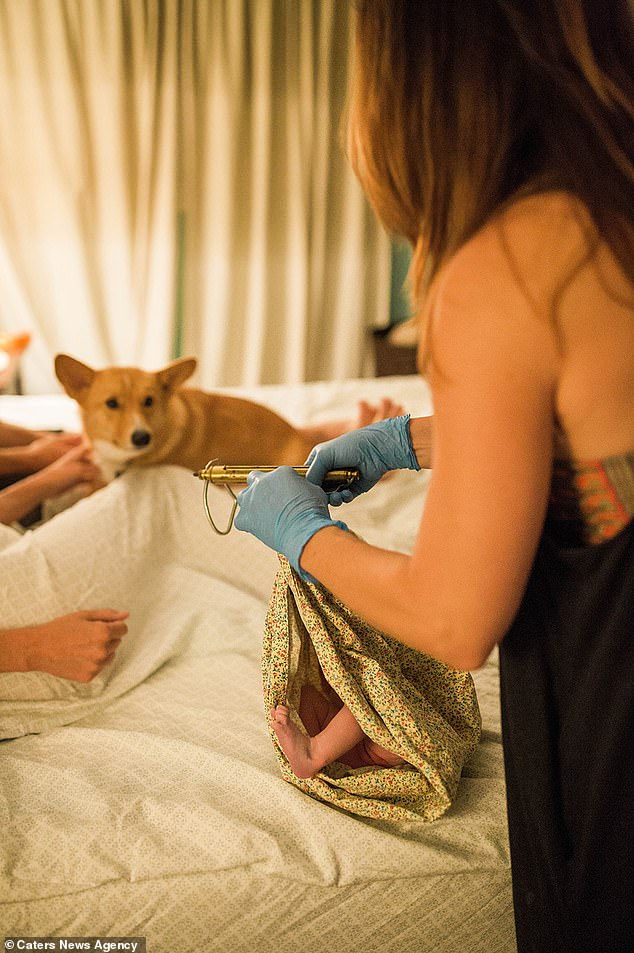 Brooke, who also shares two sons, Boone, 5, and Boyd, 3, with her husband of seven years, Steven, is a full-time mom and home schooler, and part time doula, a birthing companion for other women.

Photographer Kristen said: ‘Ranger was there for the entire time Brooke was giving birth.

‘He labored with her in the bedroom either by her side or under the bed when she was on the floor.

‘He was so curious and excited, he was sweet and was never in anyone’s way. 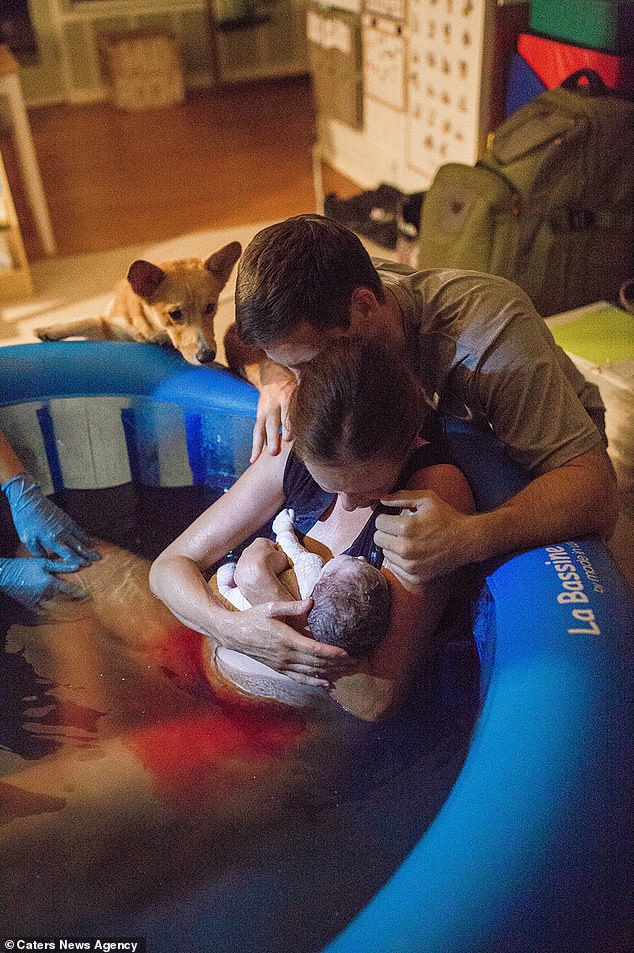 ‘It seemed like he knew Berkeley was a new little baby and needed her space.

‘He followed her everywhere she went and still does to this day – she is his baby.

‘When Brooke first saw the gallery of photographs, she was so shocked because she was unaware he was there the entire time.

‘She loves Ranger so much and I’m just so glad I could document how special he is.

‘I pay more attention to the small things that I photograph now that I ignored before.

‘You never know what can be special to some people that they haven’t noticed themselves yet.’