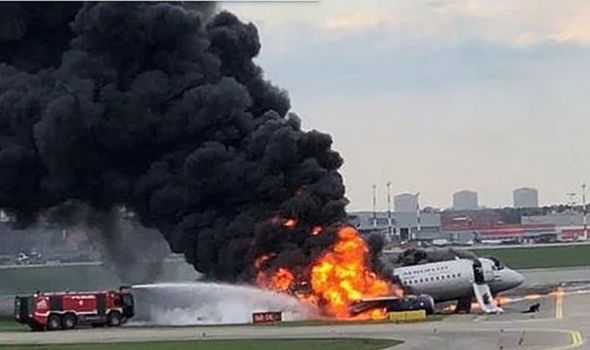 The latest report said the Superjet 100 suffered electric failure and loss of comms due to a lightning strike soon after takeoff. The main landing gear collapsed on the third touchdown after two initial bounces off the runway. When the engines touched the runway fire broke out and passengers were seen fleeing from the stricken Sukhoi Superjet.

The rear of the aircraft was completely destroyed by the fire.

The Russian Investigative Committee said in a statement on its website: “There were 78 people on board, including crew members.

“According to updated information, 37 out of them survived.”

The stricken plane was clearly visible from the main terminals at the airport in the north of Moscow. 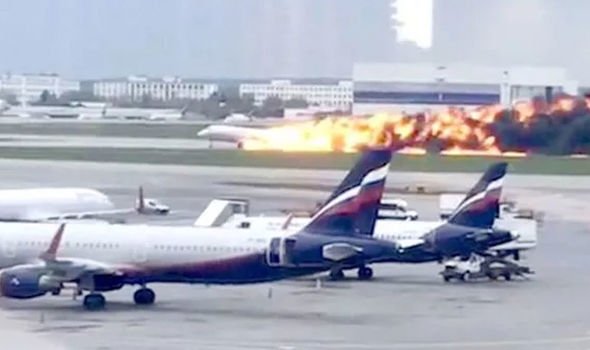 “I managed to jump out.

“This was the 17.50 Moscow to Murmansk flight, see the rest in the news.

“Definitely not everyone managed to escape, huge condolences to families and friends.”

The plane is less than two years old. 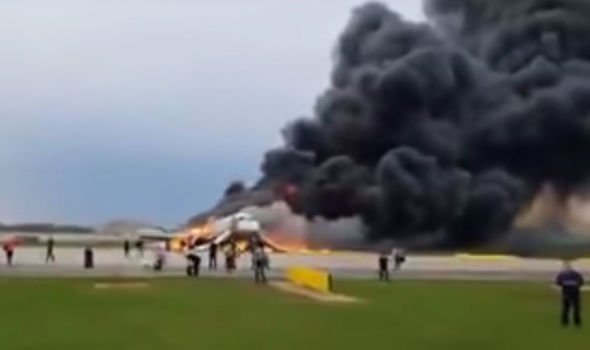 Its first flight was reported to be in June 2017.

Presently Moscow Sheremetyevo Airport operations are reduced due to accident with only 1 of 2 runways in use.

The Aeroflot plane made an emergency landing after a fire on board soon after takeoff from Moscow to the Arctic city of Murmansk.

Flames were seen flaring from the rear of the Russian-built aircraft.