AS America and the world remain gripped by the nail-biting election, an old episode of the Simpsons has reemerged, suggesting the show spookily predicted the outcome.

The clip shows an election map with an eerily similar party split to that of Biden and Trump in the 2020 race for the White House, leaving viewers freaked out that cartoon had again made an accurate political prediction. 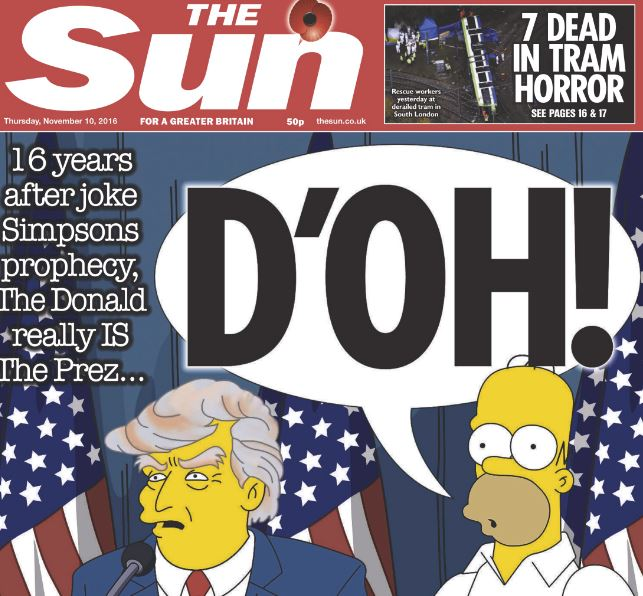 What did the Simpsons predict?

In the Simpsons episode, Mr Burns endorses Mitt Romney in the 2012 election against Barack Obama.

Burns walked over to a map of the US showing red and blue states and how they voted for the election, which fans noticed was almost the same as the current electoral map with Trump and Biden. 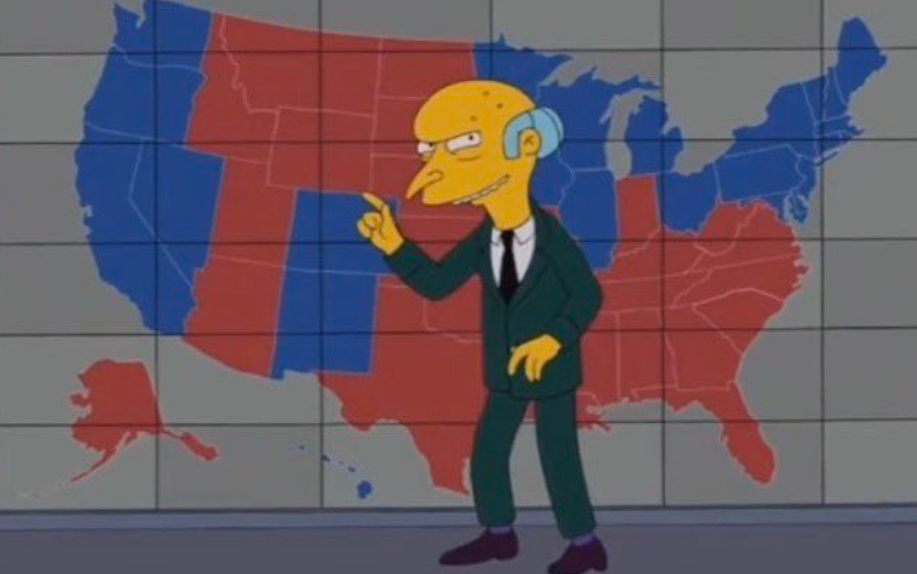 Many suggested the Simpsons had ‘done it again’ as one wrote: “Bro the Simpsons really do predict everything.”

Others were amazed that seemingly the show had only managed to get Arizona wrong for now, which Biden is currently leading in.

All votes have not come in yet, so the Simpsons’ prediction could be fully accurate once everything is sorted and finalized. 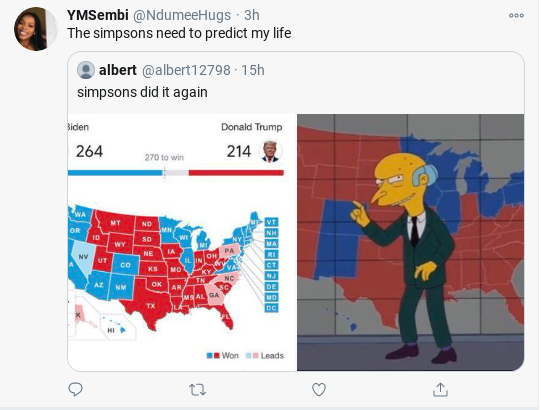 What other predictions have the Simpsons made?

The show predicted Trump's rise to power in an episode aired back in 2000.

In the show Lisa refers to “inheriting quite a budget crunch from President Trump.”

The show even featured a scene where Trump was seen waving from the stairs – almost exactly mirroring a photo of him taken in 2015 in real life. 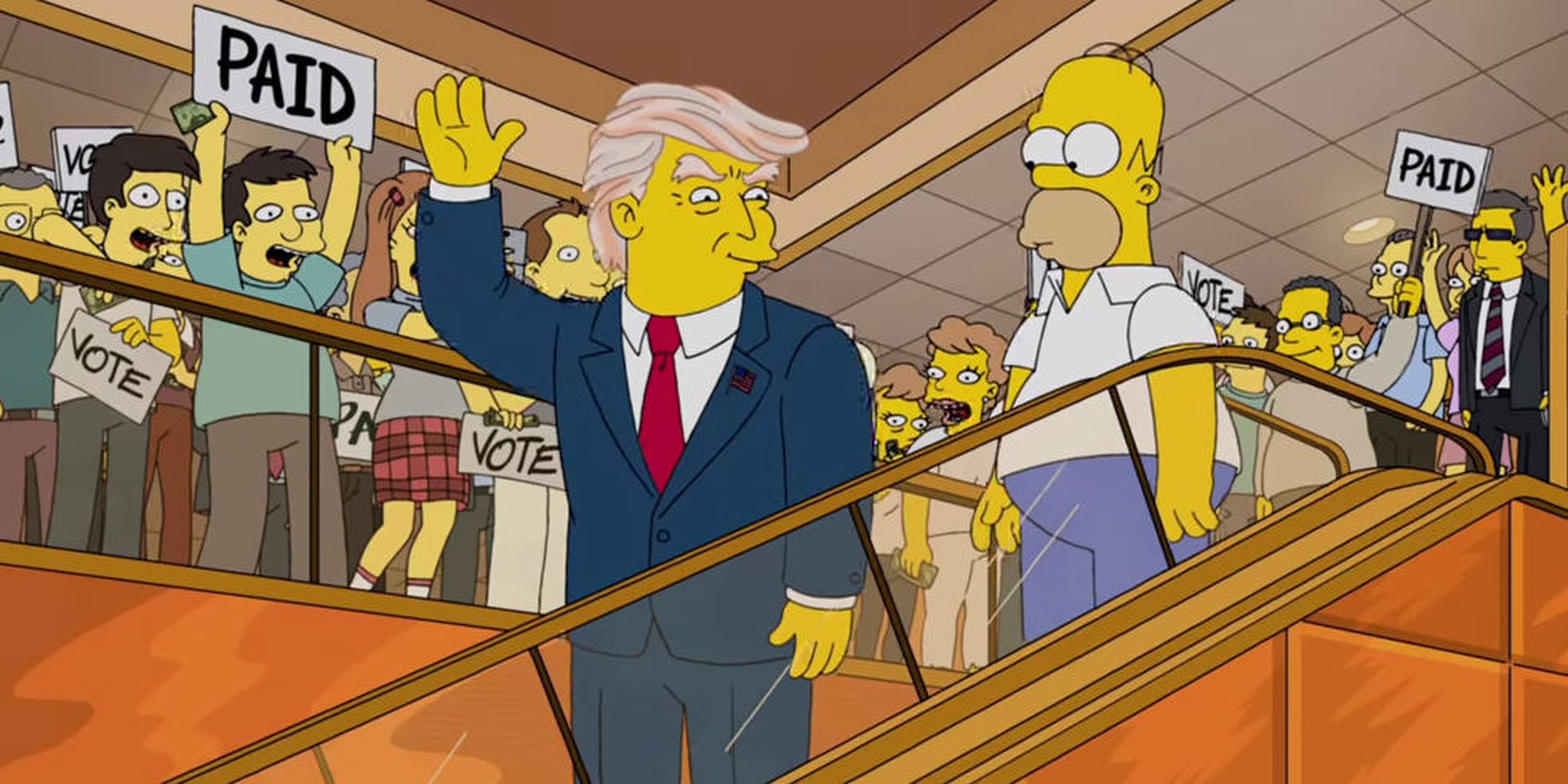 When asked by Radio 1 Newsbeat how they got it spot on, writer Al Jean said: "With the Trump one in 2000 we were looking for a funny celebrity who would be president."

Additionally, they predicted that Tom Hanks would catch a horrible disease after testing positive for a “deadly bug.”

Earlier this year, Hanks and his wife Rita tested positive for coronavirus and were hospitalized. 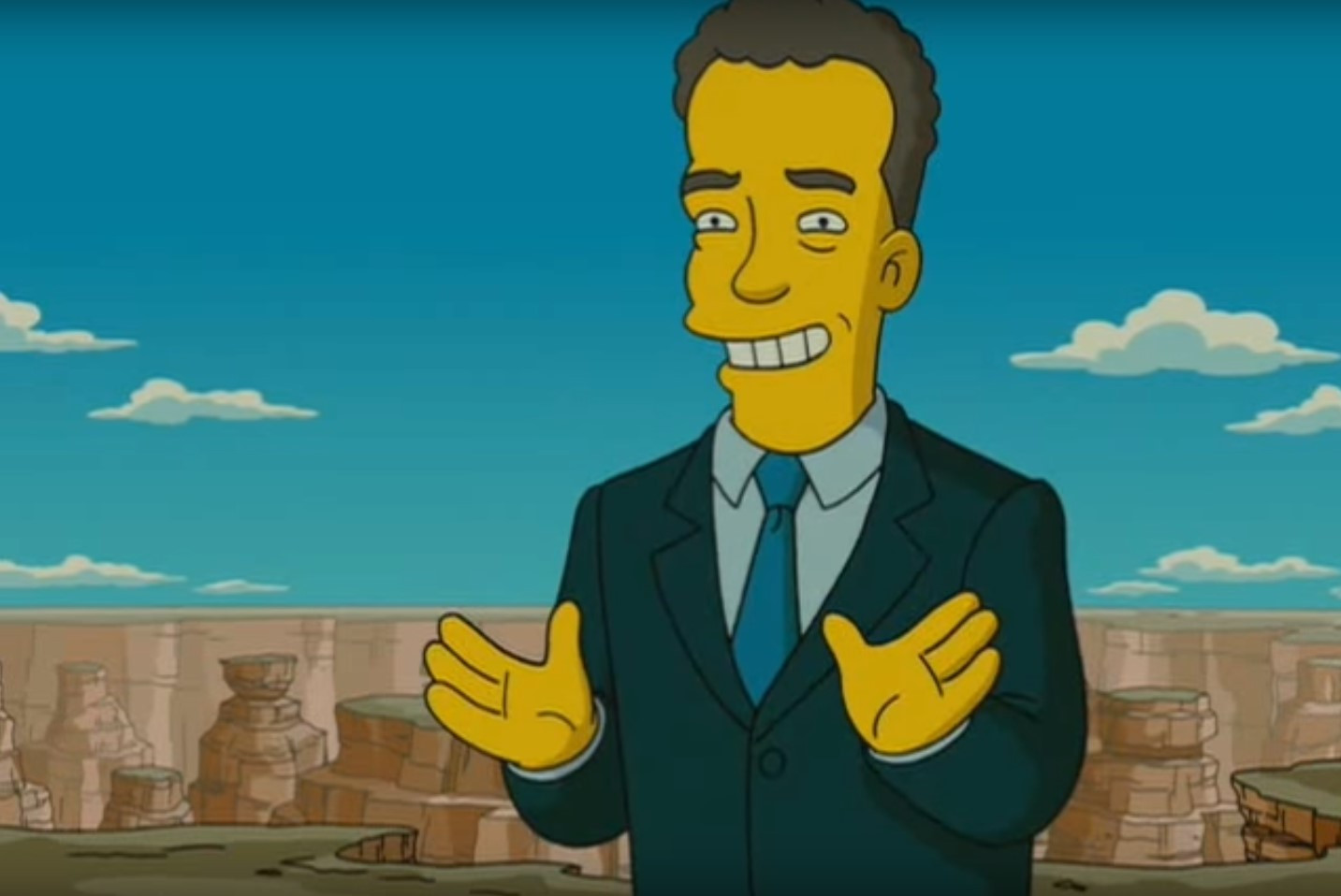 Simpsons fans were quick to point out how the actor had a cameo in the series previously, where he was seen advertising a "new Grand Canyon" and claiming the US government had lost its credibility.

He added: "This is Tom Hanks saying if you see me in person, please, please leave me be."

While the link appears very loose, many social media users claimed the line from the actor was a chilling prediction of his illness all the same. 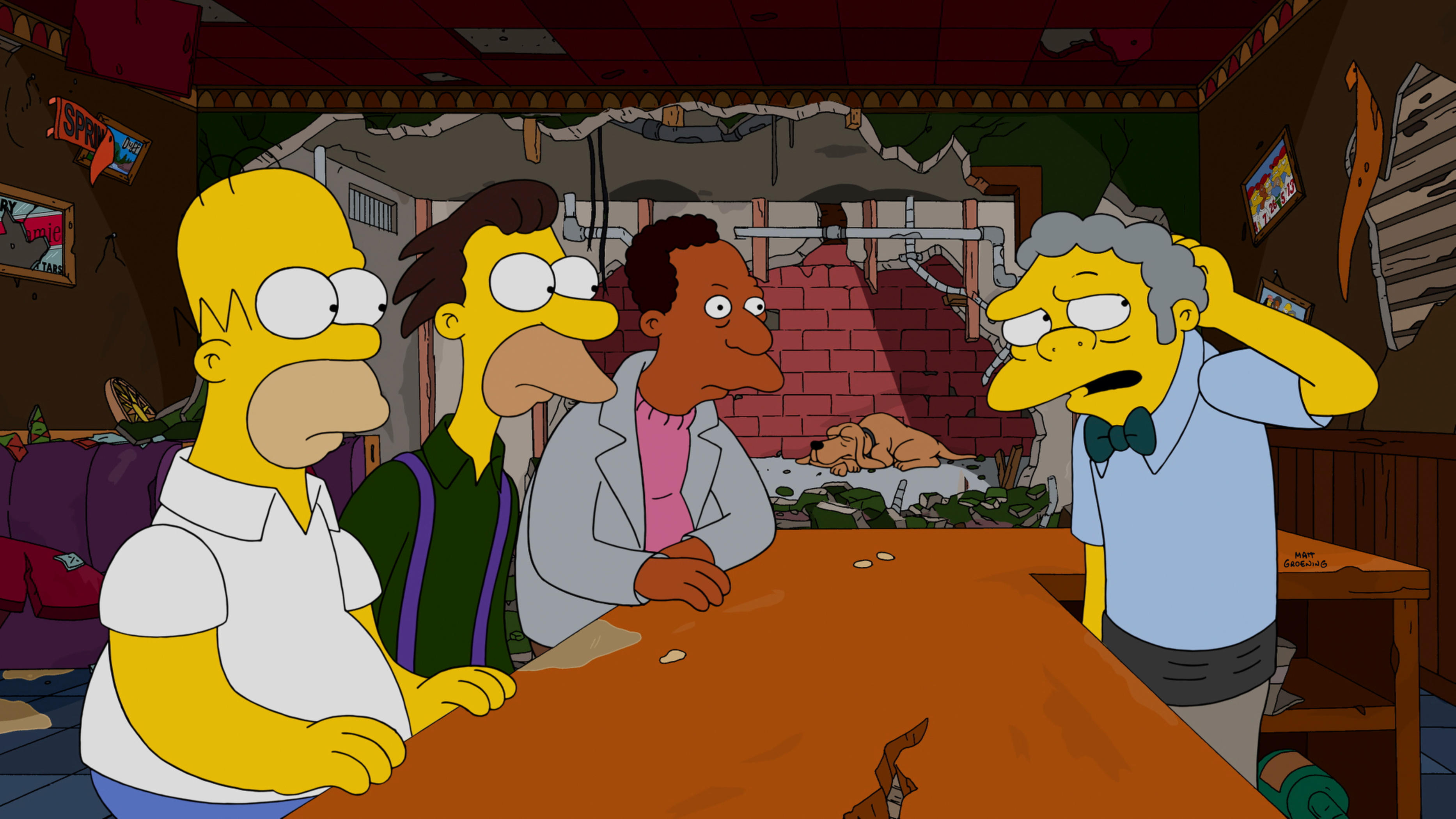 What did they say about Trump?

The Simpsons showed Homer heading to the booth to cast his vote in this year’s crucial election.

Stuck on his "stumper" of a decision, Homer puts his reading glasses on in an attempt to decide who to choose.

Because he can't decide who to vote for, Homer asks if he can write in Judge Judy as one of the candidates for president. 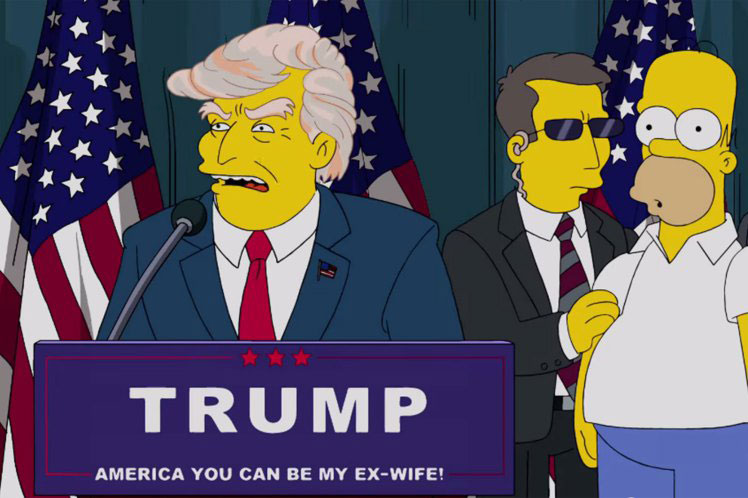 His daughter Lisa, wearing a face mask, then butts in, saying: "You're hesitating over president?

"Dad! By all that's decent, how could you forget everything that's happened in the last four years?" 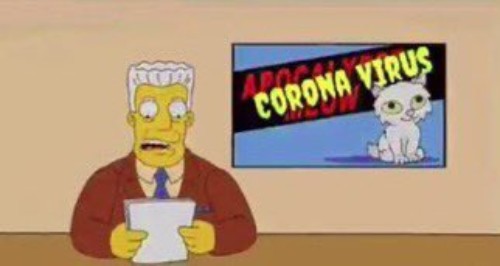 Then numerous headlines scroll past in front of his eyes, chronicling some of Trump's actions from the last four years.

The headlines continued: "Lied about the size of his inauguration," "Talked about grabbing *****," and "Refused to release tax returns." 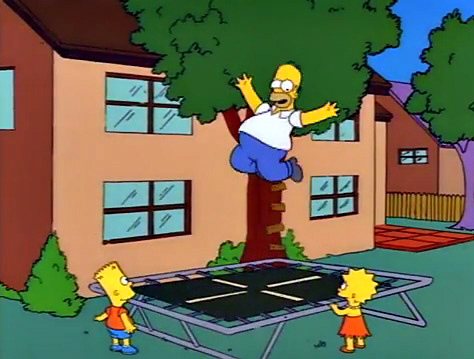 The segment concluded with the point that "We haven't even said the worst one."

The show apparently has 11 other predictions from previous episodes that could still come true.

Fans have consistently kept up with the sitcom’s psychic abilities, and while many predictions seem wacky and far-fetched, they are a reminder that anything is possible. 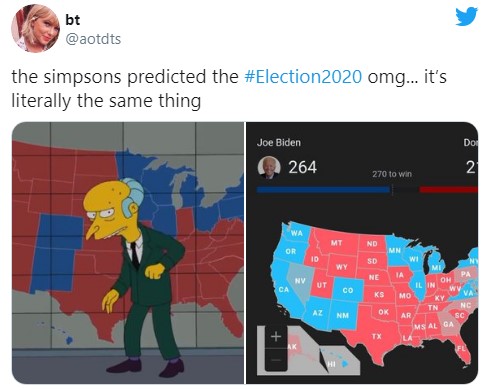