A horse owner filmed the terrifying moment her mare began to throw herself against the doors of a stable after a private fireworks display terrorised the animal.

Robyn Barclay, 35, filmed herself on Saturday November 3rd as she tried to calm one of her horses while her neighbour Shirley Kruger helped calm the other.

The one-year-old mare, called Miss Moose, that Robyn was attempting to hold back in the footage can be seen trying to ‘rear and throw herself at the door.’ 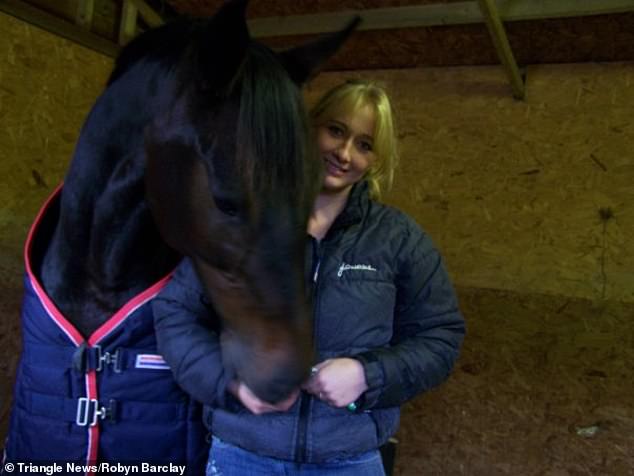 Luckily for Robyn, from Sittingbourne in Kent, her neighbour ran over to help as soon as they heard the fireworks go off in the distance around 7pm.

She said: ‘A neighbour ran over to help me when she heard them start as knew the horses would be petrified.

‘She calmed one while I was trying to stop the other from trying to jump out of her stable.’ 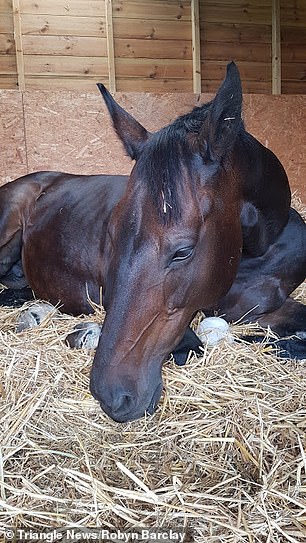 The firework display lasted for 20 minutes and Robyn had to console her horses for the entire time.

According to Robyn, both her horses haven’t been the same since the terrifying incident on Saturday.

She said: ‘Both are nervous wrecks the past two days and are now even reacting to car headlights driving past.’

Robyn posted the video to her Facebook page with the caption: ‘Bloody horrible things. My poor babies. Thank goodness for lovely neighbours who ran over to help me when they heard them start.’

Plenty of people have left comments on the heartbreaking video demanding a ban on the use of fireworks.

Jude Kirtley Moon said: ‘Enough is enough. This is terrible. Poor horses. They need to ban them.

Shelly Mortimer posted: ‘Bloody irresponsible. If they need a reason to ban sales of fireworks to the general public, this is it.’

PETA Director Elisa Allen spoke has criticized the use of fireworks and the effect they have on the wellbeing of pets.

She said: ‘PETA has longed urged public officials to ban fireworks, which cause countless problems for animals – including fatalities. 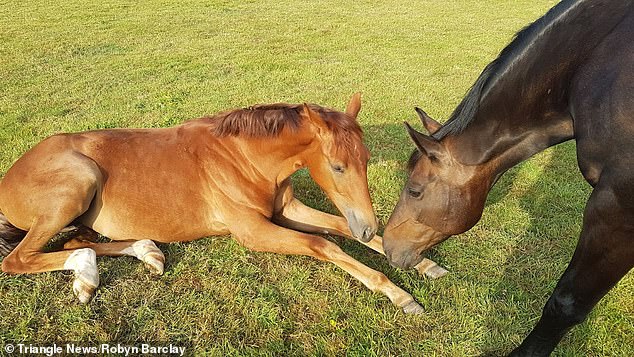 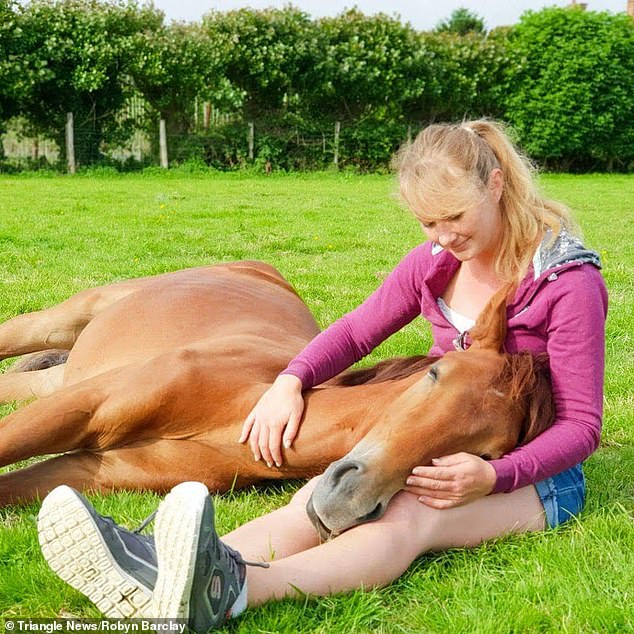 After Robyn (pictured) shared the video online, many people called for fireworks to be banned and sympathised with the frightened horses saying ‘this is terrible’

‘Loud displays seem like World War III to many animals, who have no idea that they’re meant to be a celebration.’ she said.

‘Domesticated animals, including dogs, cats, and horses, often panic when the explosions begin, breaking free from leads or out of enclosures and running for their lives.’

This footage comes after a video went viral of a greyhound trembling after hearing fireworks were being let off outside.

A petition on Change.org to have private firework displays banned has received more than 300,000 signatures and is days away from reaching its target of 500,000.

The petition calls for a review on firework rules in order to protect animals from injury and distress. 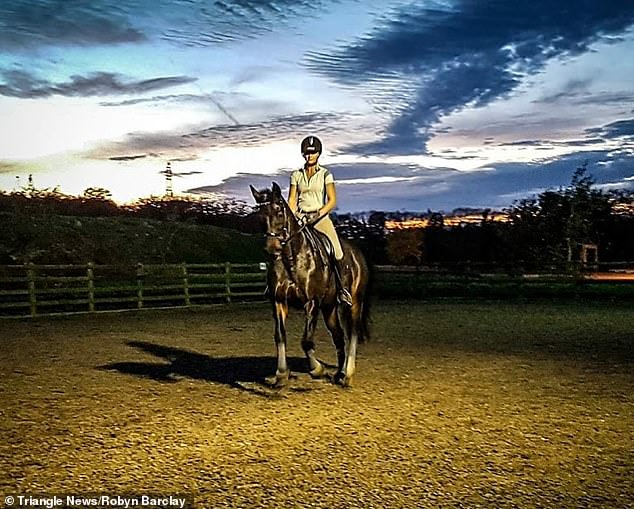 It said: ‘Fireworks can cause serious distress to animals. They don’t only suffer psychologically, but also physically as many attempt to run away from, or hide from, the bangs.’

Julie Doorne, from Firework Abatement UK (FAB), who set up the petition back in October, has outlined what reviews need to take place in order to keep animals safe.

She believes private use of fireworks should be restricted to traditional dates such as November 5th, New Year’s Eve, Chinese New Year and Diwali.

RSPCA campaign manager Eloise Shavelar agreed with the petition and called for the government to take action.

She said: ‘We want to see the UK government take advantage of the public’s feeling on this by strengthening the existing acts and restricting the use of fireworks to traditional days of the year like bonfire night.’