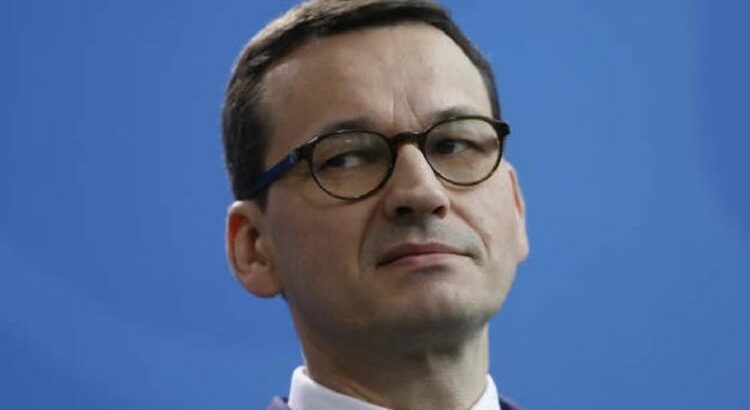 The European Union’s top court said on Wednesday it had ordered Poland to pay a penalty of €1 million (£846,000) per day for not suspending the disciplinary chamber of the Supreme Court. Poland has been embroiled in a long-running dispute with Brussels over judicial reforms it says undermine the independence of courts.

The row heated up in July when the Court of Justice of the European Union ordered the country to suspend the disciplinary chamber.

“In the ruling issued today, the Vice-President of the Tribunal obliged Poland to pay…a penalty payment of €1 million per day, counting from the date on which this ruling was delivered to Poland,” the Court of Justice statement read.

Poland has said it will abolish the chamber as part of broader reforms, but has not yet presented detailed plans.

Reacting to the news, Generation Frexit leader Charles-Henri Gallois defended his call for member states to leave the bloc rather than “disobeying” at the risk of being punished by Brussels.

In a hint Poland, and France, would be better off outside the bloc, he said: “The ECJ condemns Poland 1 million euros per day as long as it does not review the powers of its Supreme Court.

“Now we’ll see if it goes to bed. Yet it is so easy to regain control through Frexit rather than ‘disobeying’.”

Warsaw’s already fraught relations with Brussels were plunged into crisis on October 7 when the country’s Constitutional Tribunal ruled that parts of European Union treaties were incompatible with its constitution.

Poland was already at risk of losing billions in EU funds for failing to comply with demands to roll back the judicial reforms that Brussels says undermine the independence of the country’s courts.

At a press conference in Brussels after a European Council summit where Poland’s adherence to rule of law was discussed, Poland’s Prime Minister Mateusz Morawiecki said that his country has no problem with the rule of law.

He added that the European Union has large competences but these were not boundless, and that the bloc could only function within those assigned competences.

Poland argues that the European Union is overstepping its mandate and, in a Financial Times interview published on Sunday, the ruling nationalist Law and Justice Party’s (PiS) Prime Minister, Mateusz Morawiecki, accused the European Commission of holding a “gun to our head”.

The Polish leader warned the EU Commission was at risk of starting a third world war by making demands on the rule of law.

He added: “What is going to happen if the European Commission will start the third world war?

“If they start the third world war, we are going to defend our rights with any weapons which are at our disposal.”

Brussels is currently withholding recovery funds against Poland until the dispute is resolved.

But the Polish leader said: “We will get this money sooner or later.

“The later we get it, the stronger the proof that there is this discrimination treatment and diktat type of approach from the European Commission.”

French President Emmanuel Macron said on Friday that Europe was waiting for “concrete gestures” from Poland to solve the current spat with the European Union over the independence of the Polish judiciary.

Speaking at the end of her last EU summit, German Chancellor Angela Merkel said EU countries need to deepen talks about where the 27-nation bloc should be heading to in order to mitigate and solve disputes such as the current row with Poland.

She told reporters: “There is the issue of the independence of justice, but also underlying (the question) … which way is the European Union heading, what should be a European competence and what should be tackled by nation states.

“If you look at Polish history, it is very understandable that the question of defining their national identity plays a big role…, which is a different historical situation than the one countries find themselves in that have had democracy since World War 2.”