Salt Lake City: The Mormon church is ending its century-long alliance with the Boy Scouts of America, sending two organisations whose values had diverged in recent years on separate and uncertain paths. 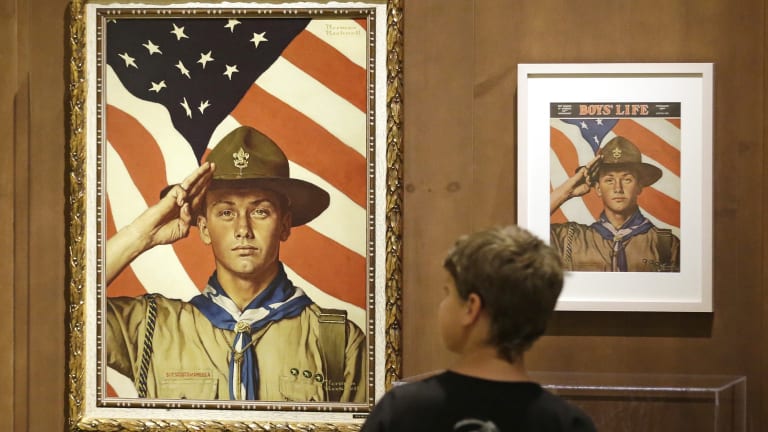 Andrew Garrison, 11, of Salt Lake City, looks at one of 23 original, Boy Scout-themed Norman Rockwell paintings to celebrate the 100-year relationship between Scouting and the Mormon church.

The Church of Jesus Christ of Latter-day Saints will bank on nurturing its youth in a still-to-be developed program set to launch in 2020. It will likely include outdoor activities and character building similar to Boy Scouts but be tailored for the church's doctrine and designed to roll out around the globe.

The Boy Scouts will try to make up for the loss of its largest sponsor through the addition of girls and a welcoming message that all are invited.