Italian coastguard divers and biologists have been trying to cut free a sperm whale badly tangled in a fishing net.

Video shows a diver hacking at the large pink net, which is wrapped tightly around the whale’s tail and along its body to its head. 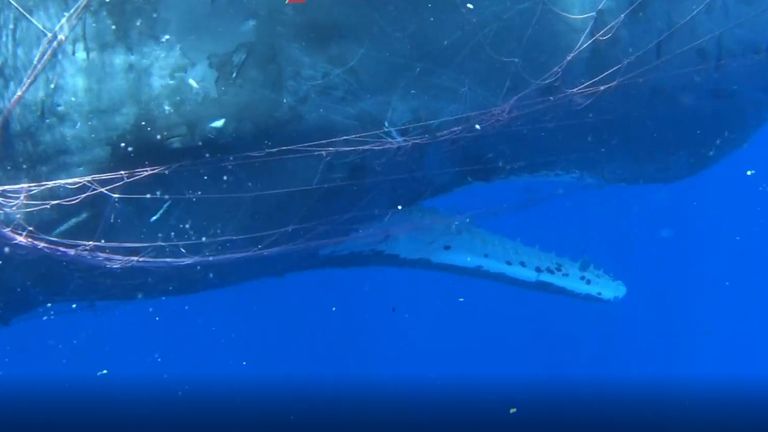 The coastguard said the whale was agitated, making attempts to free it difficult because they couldn’t work continuously.

Boaters raised the alarm after they spotted it struggling near the Aeolian Island archipelago, off Italy’s southwest, on Saturday. 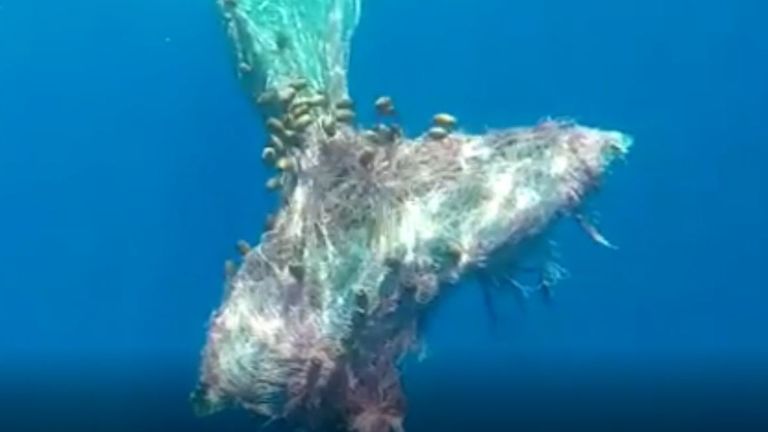 Another sperm whale was freed from a fishing net in the same area three weeks ago, the coastguard said.

More than 100km (62 miles) of fishing nets have been seized since the start of the year as Italian authorities try to combat illegal fishing.