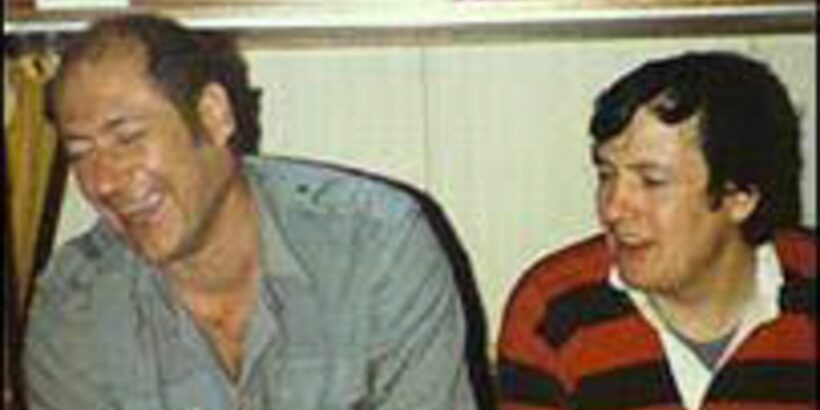 They say we know more about the surface of the Moon than we do about the bottom of the sea.

But for a handful of brave and highly skilled divers, it’s where they live and work for weeks at a time, holed up in a cramped metal tube only six metres long and two metres wide, with up to five other men.

They leave only to perform sensitive engineering work for oil rigs, or for lucrative salvage operations, navigating the pitch black, freezing cold water alone, never knowing what danger is waiting for them in the dark, oily abyss.

Saturation divers do not ‘decompress’ until the job is done, adjusting to conditions that could – and do – kill in seconds.

It's a risky career that is reflected in their average day rate of £1,500.

Would you ever risk your life for your job? Tell us in the comments below!

The divers and their highly trained assistants – known as dive tenders – often work intense 16-hour days as hundreds of their colleagues work in comparative safety in the huge, main rig above.

They might be separated by metres of water but they have one goal – get the job done and get home.

But while staying on the seabed for long periods of time can reduce the divers' chances of falling ill with the bends, there is a lot that can go horribly wrong 508ft beneath the surface.

On November 5, 1983, five men died in horrific circumstances when an airlock failure caused their bodies to quite literally burst open deep below the surface of the North Sea as they worked on the Frigg Gas Field, the world's largest and deepest offshore gas field.

The Byford Dolphin accident remains one of the most harrowing diving disasters of all time, with the official report revealing the brave men who lost their lives exploded due to a sudden change in pressure caused by a faulty airlock.

The men who died at 4am that morning were British divers Edwin Arthur Coward, 35, and Roy P. Lucas, 38, and Norwegians Bjørn Giæver Bergersen , 29 Truls Hellevik, 34.

One of their dive tenders, William Crammond, 32, also died in the incident. The sole survivor, Martin Saunders was left with devastating injuries. When the crew's diving chamber explosively decompressed from a pressure of nine atmospheres to one atmosphere, the five men were killed instantly, with their blood reaching boiling point in a matter of seconds.

One man's spine was torn from his body and found almost 10 metres away.

The official report reads: "Diver D3 was shot out through the small jammed hatch door opening and was torn to pieces.

"Subsequent investigation by forensic pathologists determined D4, being exposed to the highest pressure gradient, violently exploded due to the rapid and massive expansion of internal gases.

"Simultaneously, his remains were expelled through the narrow trunk opening left by the jammed chamber door, less than 60 centimetres (24 in) in diameter.

"Fragments of his body were found scattered about the rig. One part was even found lying on the rig’s derrick, 10 metres (30 ft) directly above the chambers. His death was most likely instantaneous and painless."

The report also noted that autopsies had revealed solid lumps of fat in the men's arteries, as normal fat cells in the blood suddenly became solidified by the change in conditions.

But those five men were not the first or last deaths connected to the Byford Dolphin.

In March 1976, the rig ran aground near Bergen in Norway. The entire crew were evacuated, but six men died when they fell from their lifeboat.

And in April the following year, a 44-year-old Norwegian worker on the rig was struck on the head and killed in an industrial accident.