Father, 86, discovers he has a half sister he never knew existed after he gave his daughter a DNA ancestry gift for Christmas

A father who gave his daughter an ancestry DNA testing kit for Christmas last year was shocked when the result’s returned announcing he had a secret half-sister.

Rodney Miller, 86, also known as Dusty, lives in Littlestone, near New Romney, Kent, with his wife and was shocked when his daughter Anne Thornhill, 61, made the discovery.

Ms Thornhill had found the online platform, which tracks users’ heritage, had sent through a 99 per cent match for a half sister on his side. 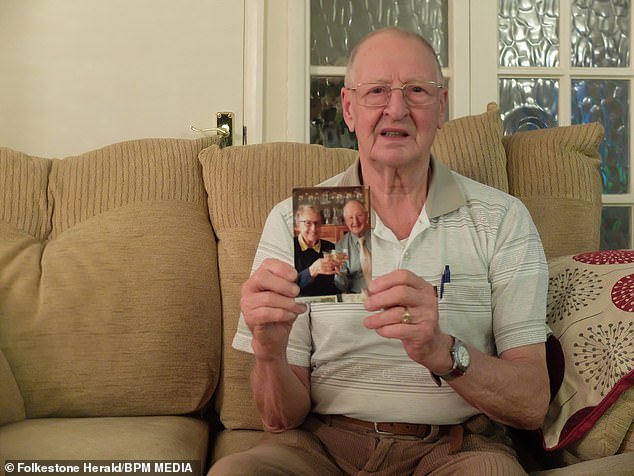 Rodney Miller, pictured at his home in Littlestone, near New Romney, Kent discovered he had a half-sister when he bought his daughter an ancestry DNA kit last year for Christmas 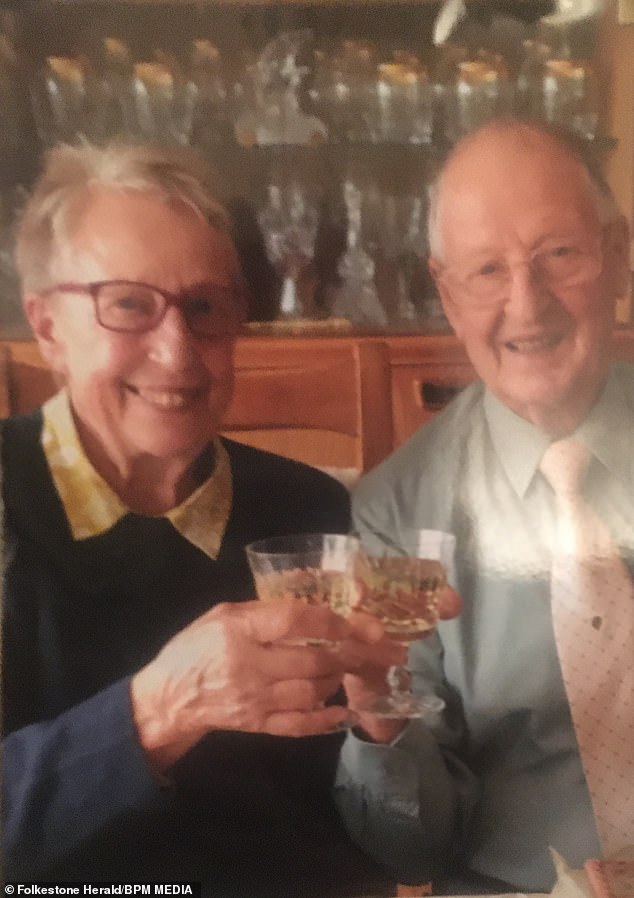 Mr Miller, right, met his half-sister Rita Berry, left, following the DNA test. Mrs Berry’s mother had a brief affair with Mr Miller’s father in 1943 and was put up for adoption. When Mr Miller’s daughter sent off her DNA sample the company returned saying her father had a half-sister

However, Mr Miller’s father, who was part of the war effort, moved around a lot and was unaware that he had fathered a daughter.

The little girl was put up for adoption by her birth mother. A family welcomed her and gave her a lovely upbringing with a good private education.

In her 20s, she managed to track down her birth mother but was unfortunately not able to get the answers she wanted.

Later, she married but did not have any children. She had enjoyed life with her husband, raising dogs and riding horses.

However, always at the back of her mind there was the nagging thought that she must have had a father somewhere out there in the world.

The Ancestry DNA website connected her to her niece Anne in October and they started chatting through e-mail and photographs.

Then, about three weeks ago, Ms Berry, who now lives in Devon, hopped on a train and came to Maidstone where she was met by Ms Thornhill.

She met Mr Miller’s other sister, Dianne, 82, who was thrilled to discover she had a sister.

Mr Miller said: ‘We welcomed her with open arms. It came completely out of the blue. It was completely unexpected but she was a lovely lady.’

Pulling out a photo, he added: ‘As a consequence of the meeting, we took several photographs. You can see the likeness. She is so similar.

His sister Dianne was ‘over the moon’ as well, as she always wanted a sister but only ever had two brothers.

He added: ‘At my stage in life, and for her really, you never think something like this would ever happen.

‘We’ve got a nice, big family anyway and all of a sudden this lady turns up. And it’s so obvious, you can see the likeness on the photo, she is definitely part of us.’

The reunited family keeps in regular contact. Mr Miller said: ‘We phone up every now and again, and we send messages on the iPad as well, which is a valuable instrument these days.’

But although Mr Miller’s story is a testament to how small the world is becoming, his ‘uncanny’ life experiences don’t end there.

He added: ‘The funny thing about it was, she lives in Exmouth, and for years, we used to go down to Exmouth for the weekends, and we used to take my father with us when he was alive.

‘Well, he didn’t know, of course. He couldn’t have known. It’s such a small world when things like this happen. It’s a very nice surprise which is uncommon in this day and age.’