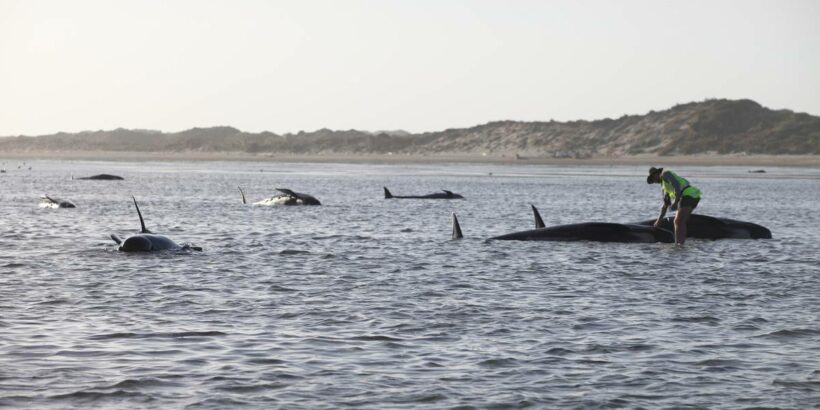 More than 30 whales are stranded on Farewell Spit in the South Island tonight.

Project Jonah and Department of Conversation (DoC) rangers confirmed that around 36 whales are stranded on Farewell Spit. DoC said the whales are stranded for several kilometres down the beach and early indications suggest that a number of them are deceased.

They are not seeking public support tonight and more will be known at first light when the next update will be provided.

“It has been reported that potentially more than 30 whales, likely to be pilot whales, have stranded.”

The organisation said they are working with DoC which had dispatched rangers to confirm the signings.

“We will advise local medics directly as the situation unfolds and our response plan develops.”

Winterburn said rangers had been sent out to investigate but due to the remote location, they would not arrive until later this evening.

Until DOC had staff on-site, they were unable able to confirm any details.

In in February 2017an estimated 600-700 whales were beached in the same location. About 250 died while the rest were refloated.

Farewell Spit is located at the northern end of the Golden Bay in the South Island.