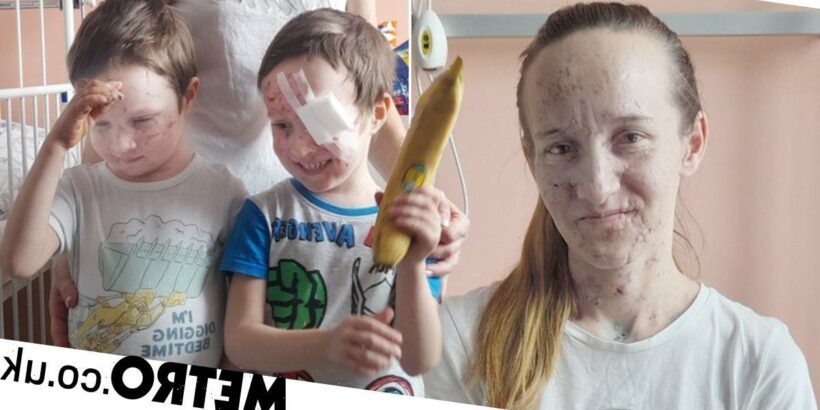 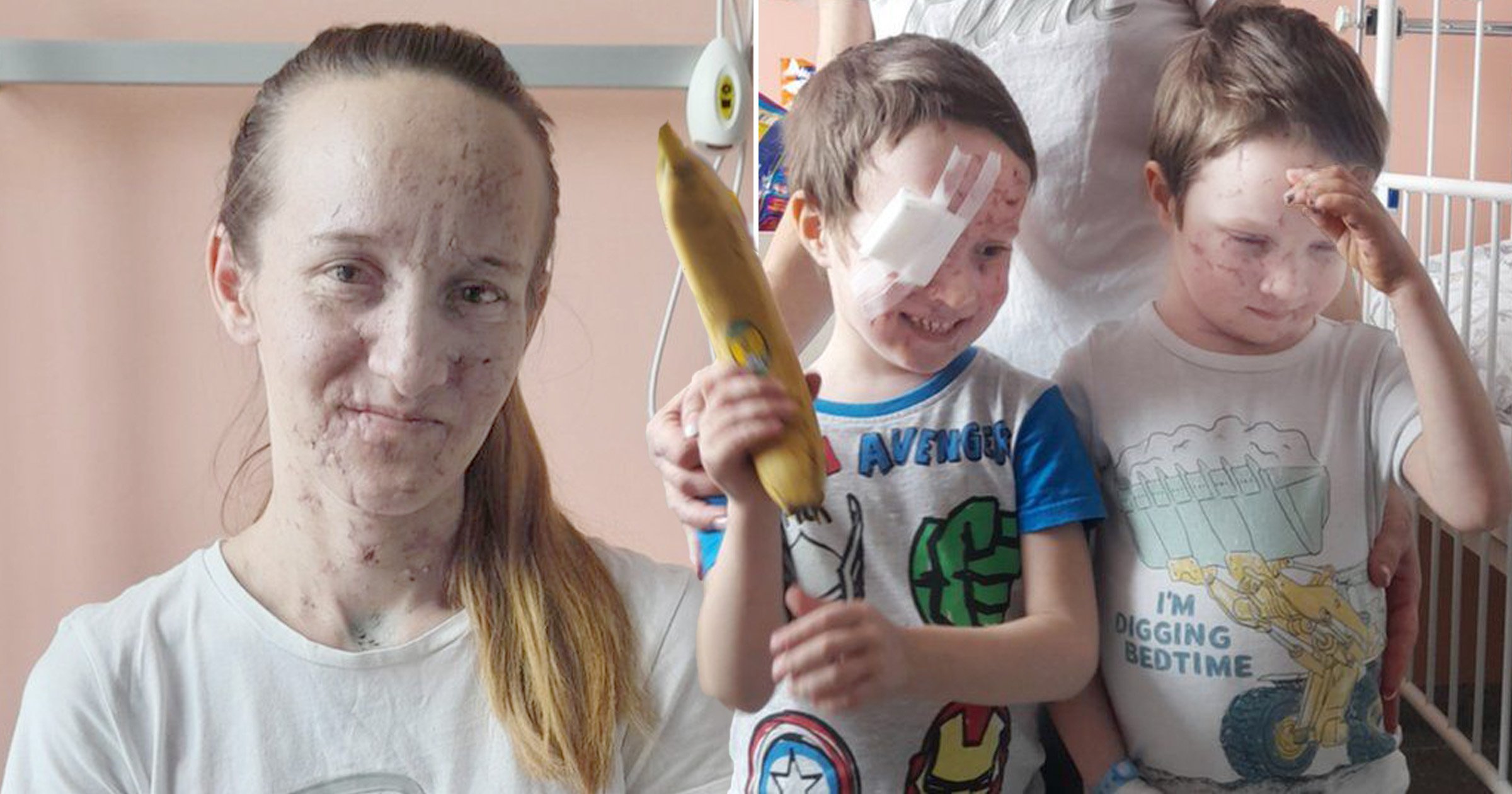 A Polish doctor has saved the sight of a Ukrainian mother and her five-year-old twins after they were blinded in a bombing.

Olena Selichzianowa and her boys Nazar and Timur were hit by shrapnel and severely wounded in an air raid in the south east of the country.

She can recall the moment she watched on in horror as a Russian bomb flew towards their family home in Dnipropetrovsk Oblast last month.

‘I was at home with the kids, in the morning I went to the kitchen and I saw a bomb coming towards my window’, Olena explains.

‘It was all so quick I didn’t realise what was happening.’

She says she covered her boys in an effort to protect them but shrapnel was flying into their faces.

The trio were rushed to hospital in the western city of Lviv, where eye specialist Dr Nataliya Preys referred them to her former teacher in Poland, Professor Robert Rejdak.

It took another week to reach the Medical University of Lublin, putting them at risk of being too late for successful surgery.

They have had multiple operations but are likely to need more.

Professor Rejdak told the BBC: ‘They have come from hell.

‘The mum was completely blind. She could only reach out to touch her children.

‘The children were so hungry and tired when they first arrived that they only ate, slept and cried.’

Emergency surgery saved Olena’s sight and while Nazar lost one of his eyes due to his injuries, medics hope further operations will still restore ‘good’ vision to both boys.

Olena said she was very grateful but the mental scars would take longer to heal as ‘they saw a bomb fall on them’.

A psychologist is now helping them but they are given sleeping tablets.

Olena adds that though her kids remain jumpy, they are improving.

During the course of the war, Ukraine’s President Volodymyr Zelensky has remained in Kyiv, despite the Ukrainian capital being subjected to a barrage of bombing.

Zelensky has continuously pushed for aid and support from world leaders, as well as pressing for fast-tracked NATO membership.

Meanwhile, Russia’s President Vladimir Putin has been widely condemned for his attack on Ukraine.

His actions have been met by harsh economic sanctions, bans from competing in major sporting events, and countries moving away from using Russian oil.