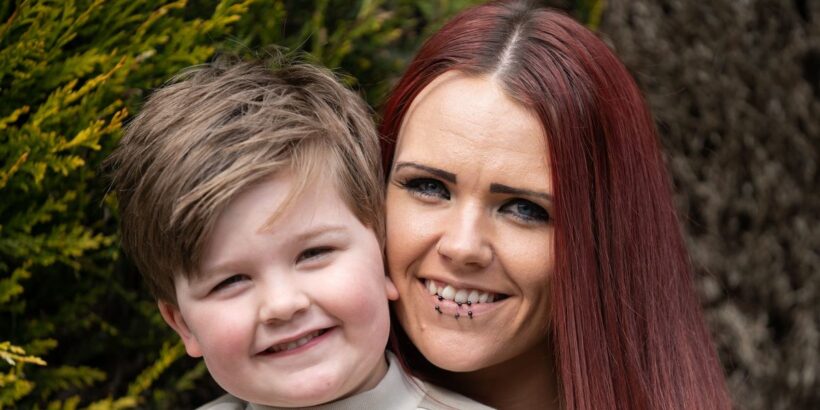 A five-year-old boy keeps suffering mystery strokes – and his terrified mum says doctors have "no idea" what is causing them.

Sebastian Metcalfe has had the strokes since September last year and, each time they happen, mum Kimberley O'Brien fears she's witnessing her son's "last moments", the Mirror reports.

The mum of two, of Bradford, West Yorkshire, claims doctors are baffled by the strokes and is warning other parents.

Kimberley, 28, said: "Until this happened I didn't even know children could have strokes, they're always something I only associated with older people.

"Every single person who I tell reacts in the same shocked way, they tell me they didn't have any idea either.

"Suffering the strokes was bad enough but now we are in a situation where no one can say what's wrong with Sebastian.

"The doctors are baffled and so is everyone else, which is why I want to talk about what's happened.

"I think there needs to be much more awareness of strokes in children so that we can start to learn about the condition and understand why it happens."

Kimberley and her 48-year-old partner David O'Brien are sometimes woken by Sebastian's strokes, the first of which happened at around 1am last September.

"He was kind of trying to get down from the top bunk of their bed but his arm was clinging on to the ladder," Kimberley continued.

"To see my son in that position was terrifying, I didn't know what to do, I just knew something was really wrong.

"I was crying but also trying to tell Sebastian that he was going to be okay, it was horrible."

Kimberley called 999 on this occasion but alleges paramedics "didn't entertain" a stroke as being a possibility for a child Sebastian's age.

He was kept in hospital though and had a CT scan, as doctors suspected he had epilepsy.

But nothing was diagnosed and, in October last year, Sebastian had another stroke.

Doctors eventually said epilepsy was unlikely but still don't know what is causing the terrors.

Kimberley said she is speaking out now in order to raise awareness of childhood strokes and also to raise money for the Stroke Association. To donate, visit the webpage.