A man in north China had to go to the hospital two days after inserting more than 30 magnetic beads into his penis.

The 36-year-old man claimed to have put in the 5mm (0.2in) wide balls into his urethra one by one after watching pornography.

He said he was trying to copy one of the scenes from the video. 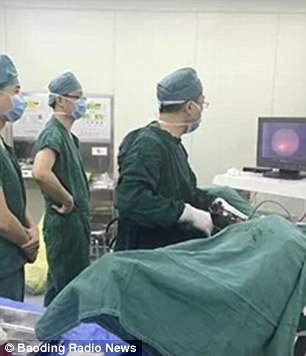 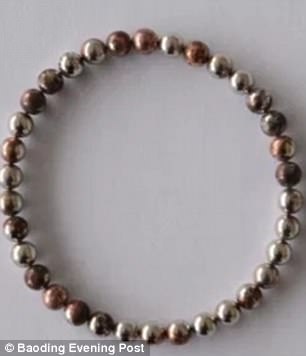 A man in north China rushed to hospital due to severe pain in the penis and lower abdomen (left). He explained that he had inserted 34 magnetic beads and got it stuck in bladder (right)

Doctors said they had to use forceps to remove the balls one by one through the patient’s urethra.

The patient from the Xushui district, Baoding prefecture in Hebei Province, told Baoding Radio News that he put a few magnet balls into his penis with the hope that he could used the other beads to ‘suck them out’.

He then decided to put all of the 34 beads into his penis for more excitement, however, he failed to retrieve them.

The 36-year-old is reported to have suffered pain and difficulties while urinating. He decided to go to Baoding 252 Hospital on May 12.

Dr Han Gang was shocked to see two strips of beads lined up in the patient’s bladder after an X-ray scan.

Surgeon Chen Yudong said the doctors decided to use foreign body forceps to remove the beads to minimise the pain and prevent any unnecessary incision. 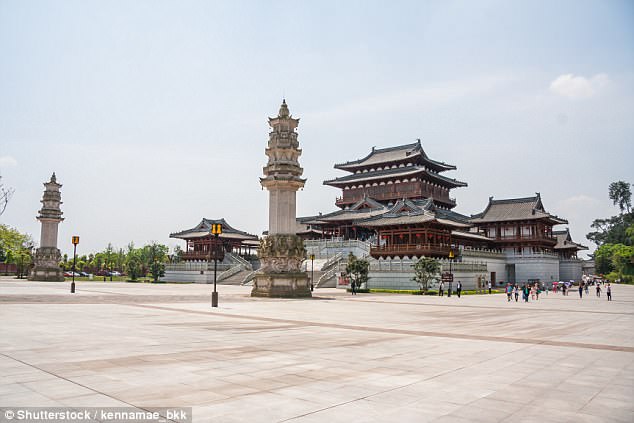 Dr Chen, accompanied by two other doctors, successfully removed the beads. The man was discharged three days after the operation.

Dr Chen explained that patients with similar incident should consult a doctor right away.

A foreign body stuck in a bladder could cause swelling around the area and perforation of the bladder.

It could potentially lead to pyelonephritis, a life-threatening infection of kidneys.

Last August, an 11-year-old boy in Wenzhou of east China, put 26 Buckyballs into his penis out of curiosity.

He suffered pain and swelling and soon seeing blood when urinating. The boy had to undergo a two-hour operation to remove the beads.