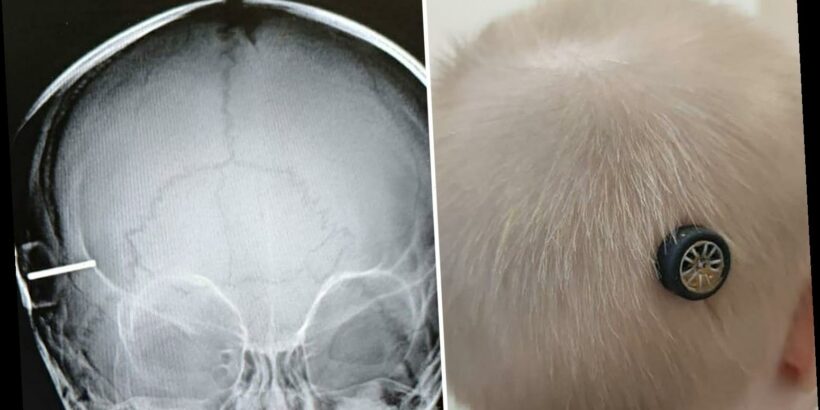 DOCTORS have saved a 10-month-old girl after she got a wheel from a toy car embedded in her skull.

X-ray images show the wheel just millimetres from her brain and doctors say initially feared the toy had caused it damage. 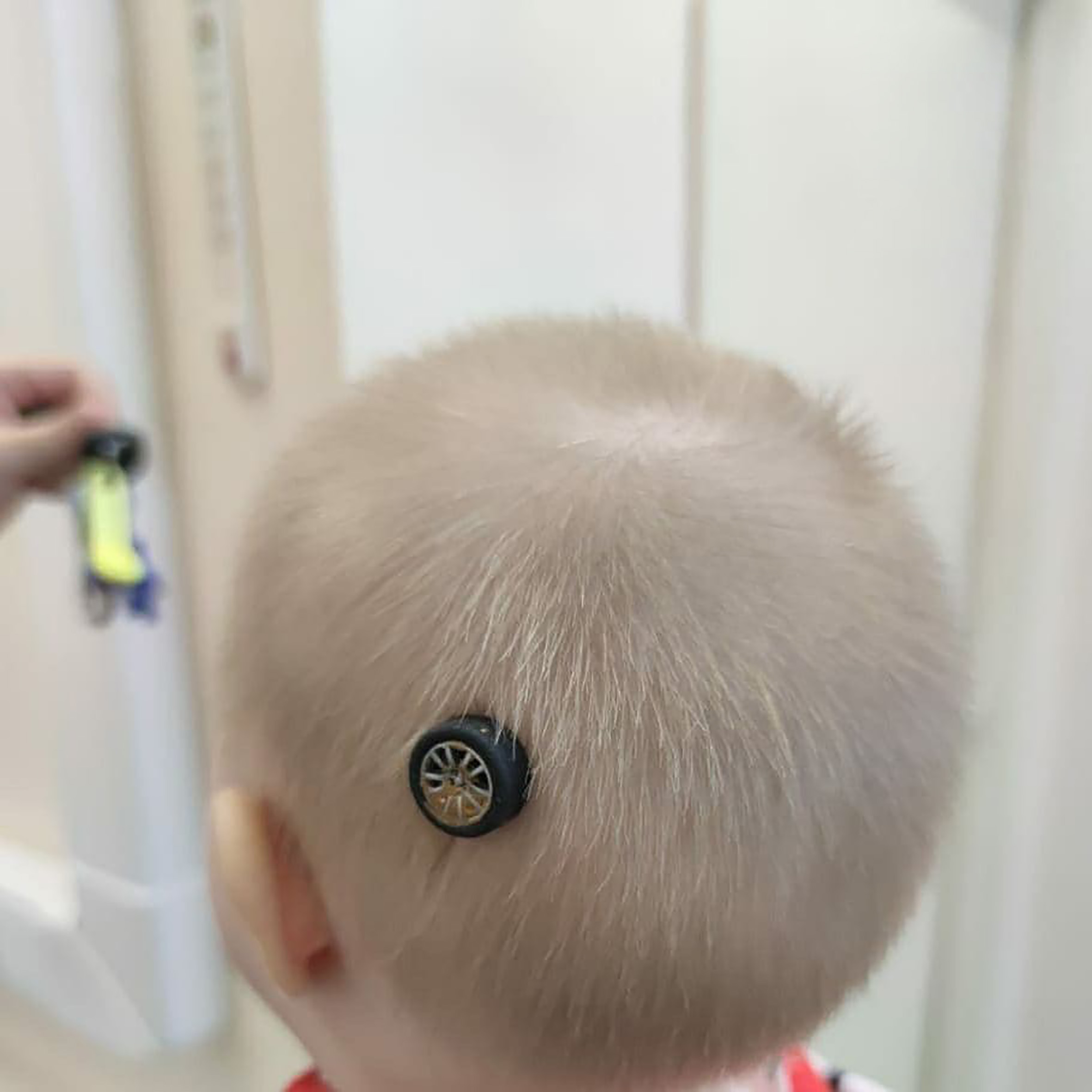 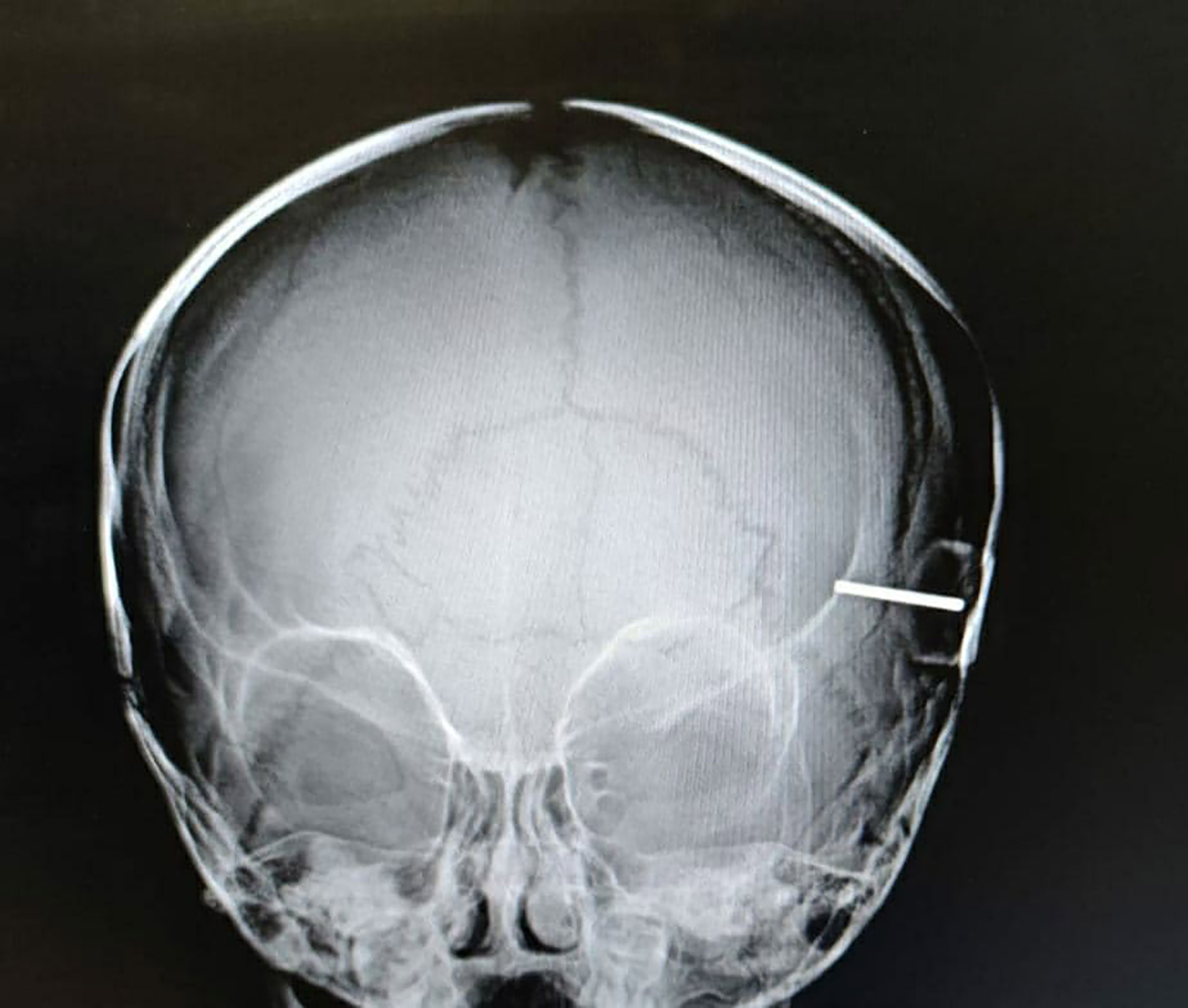 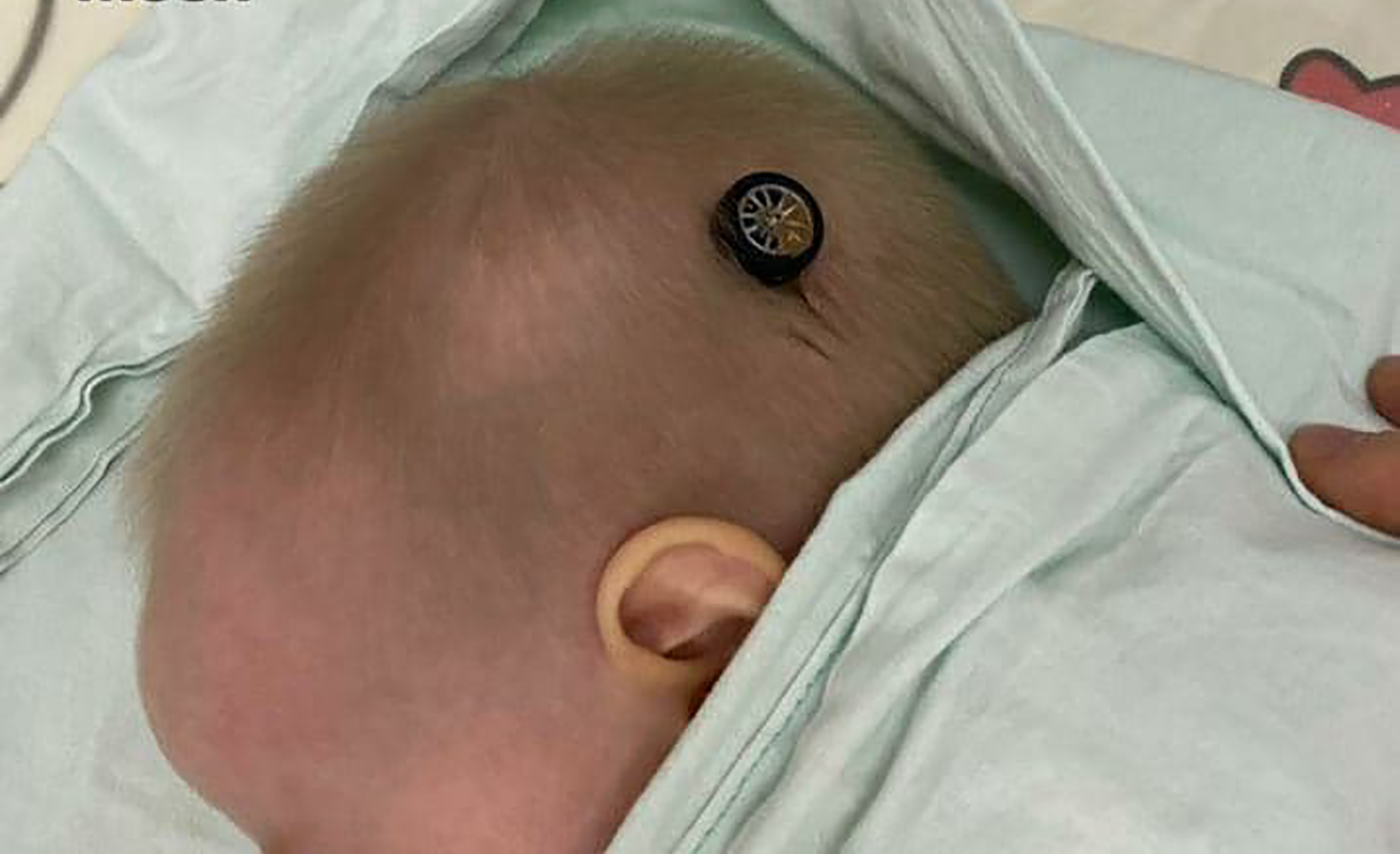 The girl’s parents say she accidentally fell on the sharp metal axle while playing at home in Moscow.

Shocking pictures show the wheel stuck on the side of her head.

Medics at Speransky Children's Hospital No. 9 established that her brain surface was not damaged before removing the toy part using a "special instrument".

Surgeon Ruslan Molotov said: “We had to make sure that there were no parts of the object left in the damaged area.”

He said she would suffer no lasting damage from the freak accident.

Earlier this year, a toddler in the UK was left fighting for her life after she swallowed 14 magnets – thinking they were sweets.

Becca McCarthy, who is just 22 months old, swallowed the brightly coloured balls bought from eBay when mum Sam was not looking.

A shock report recently found found 60 per cent of toys on online marketplaces could kill or seriously injure children.

They included products with small batteries that could burn a child's insides, and toys with long cords that could strangle a toddler to death.

And a horrifying 86 per cent of toys tested from various marketplaces were illegal to sell in the UK, says the British Toy and Hobby Association (BTHA).