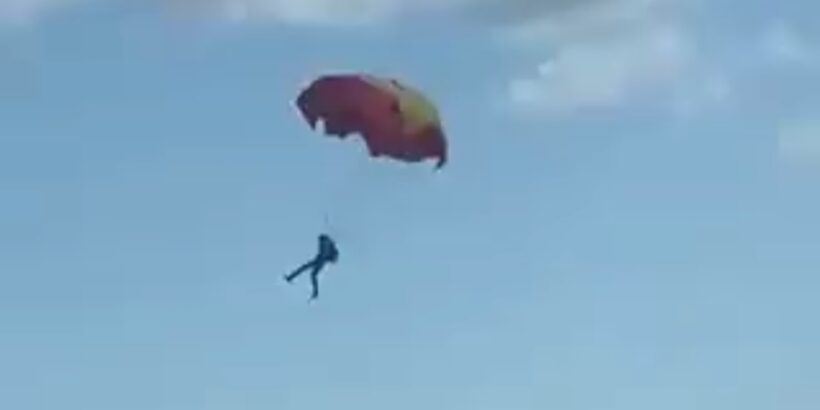 A Belarusian paratrooper appears to dangerously fall out of the sky over the city of Minsk as video footage of Belarusian army drills began circulating online. The footage captured the dangerous sturt of a soldier from Putin’s closest allied army, sparking concerns of an imminent intervention on the Ukrainian front. Military experts have been speculating as to whether Russian President Vladimir Putin plans to bolster his army further by adding more Belarusian troops in Ukraine due to the ongoing military drills they’re taking part in.

The camera pans up into the sky and focuses in on a Belarusian troop that appears to of lost control of his parachute.

He appears to start falling out of the sky at a fast pace, as he appears to get blown around by the wind.

Luckily he narrowly misses the rooftops of buildings as he continues to plummet towards the ground.

The Belarusian troop manages to stay upright and appears to slam straight into the ground.

No casualties have been reported since the circulation of the video footage, but some political commentators have claimed he’s lucky to be alive. 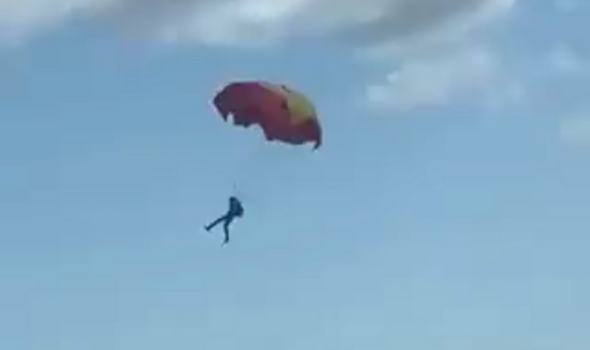 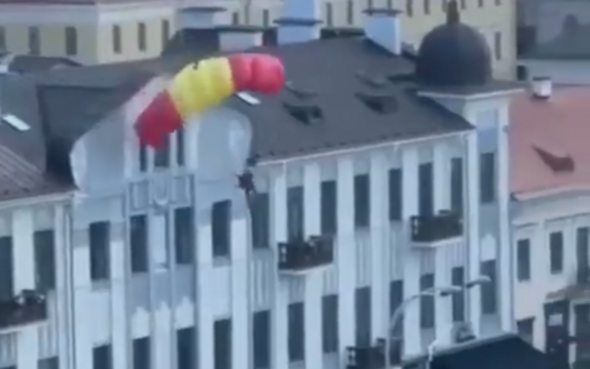 Users on social media have been reacting to the short clip.

@Arnividhr said: “Lukashenko reminds me of a guy at a bar, which asks for some brawl by himself. While nobody is interested in it, he pushes and searches for problems, and at the end, ends up in an ambulance.”

@Whamhideout said: “Like those paratrooper toys as a kid think it was in Toy Story.”

@Corpkid1 said: “I was an avid skydiver for many years and that’s a 50/50. Most certainly broken bones. Really depends on if he was able to do a proper parachute landing fall, but it doesn’t look like it (notice how his legs are pulled together – that’s preparing for a PLF / hard landing). Ouch.”

Russia shoots another of it's aircraft down by own forces

@Lavrovminister said: “This is part of the Kremlin’s new ration drop plan to send tenderised human flesh to Russian troops.”

@SanderRegter said: “Well, it wasn’t too bad, he scored a nice 6 points!”

@Secretsqrl123 said: “I can hear the bones breaking from here (texas)”

@JT_JoaTiago said: “He got really lucky but he was able to stay calm and avoid a potentially lethal fall. Not panicking may have saved his life.” 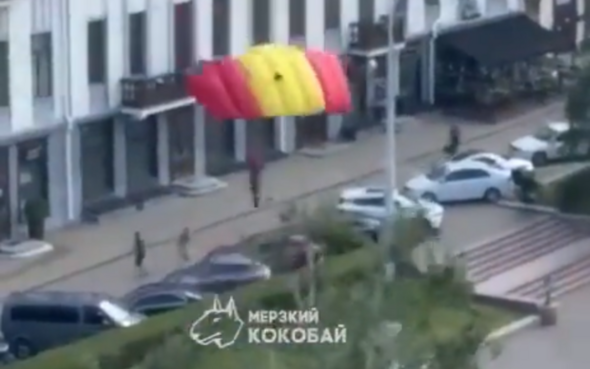 “About three days ago, maybe more, an attempt was made from Ukraine to attack military targets in Belarus.