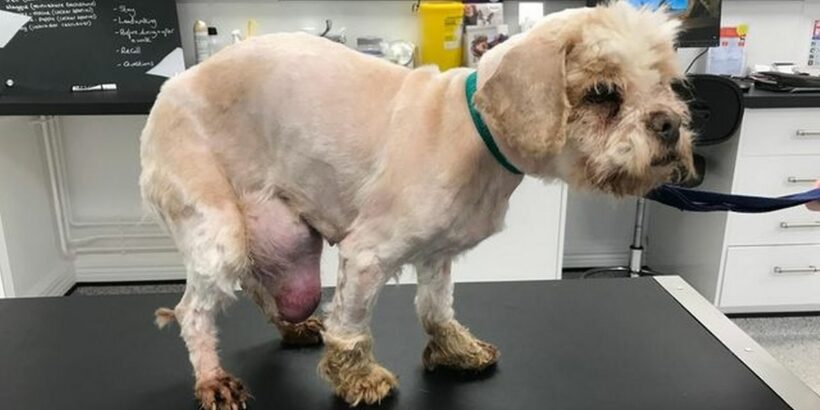 A tumour-ridden dog was abandoned at the side of the A47 near King's Lynn "like a piece of rubbish".

Molly, a Shi Tzu-type dog, was found by a passer-by who spotted her wandering alone and took her to the vet.

The vet found out that Molly had severe dental disease, but worse, a large tumour the size of a mango drooping from her stomach which affected her walking.

Poor Molly only weighed 6.8kg when she was found at the end of February, and had severely matted fur which had to be cut off at the vets.

She also had multiple teeth removed due to complications caused by dental disease.

UK Animal Cruelty Files, a blog dedicated to cases of animal cruelty, showed pictures of the dog before and after her time at the vet.

The vets did blood tests, radiographs and X-Rays to check the tumour which had begun ulcerating, luckily the tumour was caught early and removed following surgery.

"Right now she is getting lots of love and TLC from the team here at Block Fen.

"She’s an adorable little girl who has been through so much yet despite all of this she is just the kindest little lady.

"She really does deserve a second chance at happiness."

Molly is now being cared for by the team at the RSPCA Block Fen Animal Centre and an RSPCA inspector is leading an investigation into her recent owners.

Inspector Jon Knight said: “When I first saw Molly I just couldn’t believe that someone had allowed her to get into such a state.

"Then to make matters worse just abandoned her like a piece of rubbish on some road.

“Thankfully she is now in RSPCA care and we will do all we can to help her recover and give her a chance of a life that she so deserves.

"We are grateful to everyone who has helped her."

If you have any information relating to this dog, you can call the RSPCA appeal line and speak to Inspector Jon Knight on 0300 1238018.