Video footage filmed in the city of Puebla in central Mexico shows the animal being ‘exercised’ by being forced to keep up with the car. 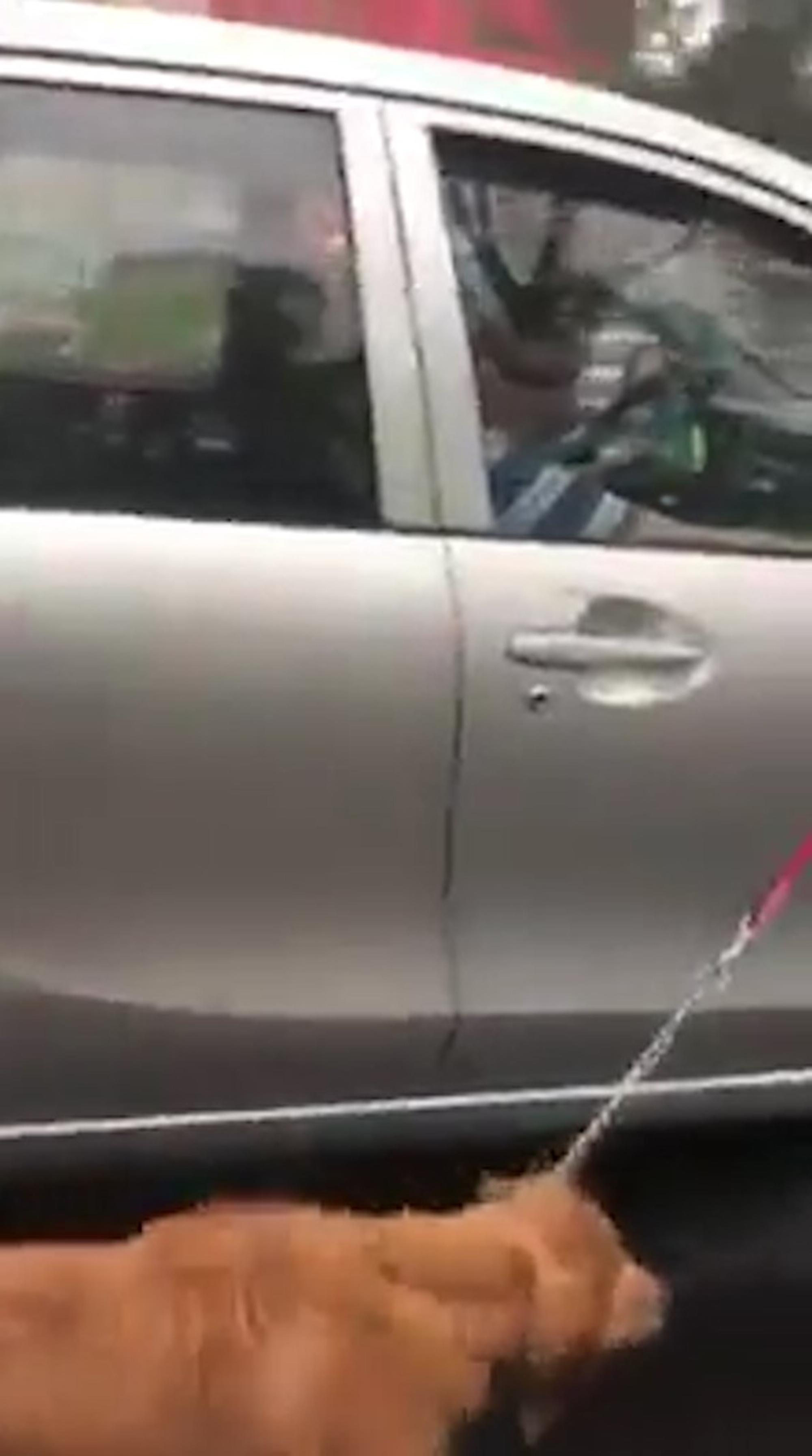 A leash can be seen extending to the animal from the silver Toyota Avanza.

Filming the incident, the driver of the vehicle behind shouts to the dog owners: "Hey, get that dog inside. Get him inside the car."

However, the dog owners ignore his pleas and continue ‘exercising’ the dog in the pouring rain.

The motorist filming the scene then makes a record of the Toyota’s licence plate. 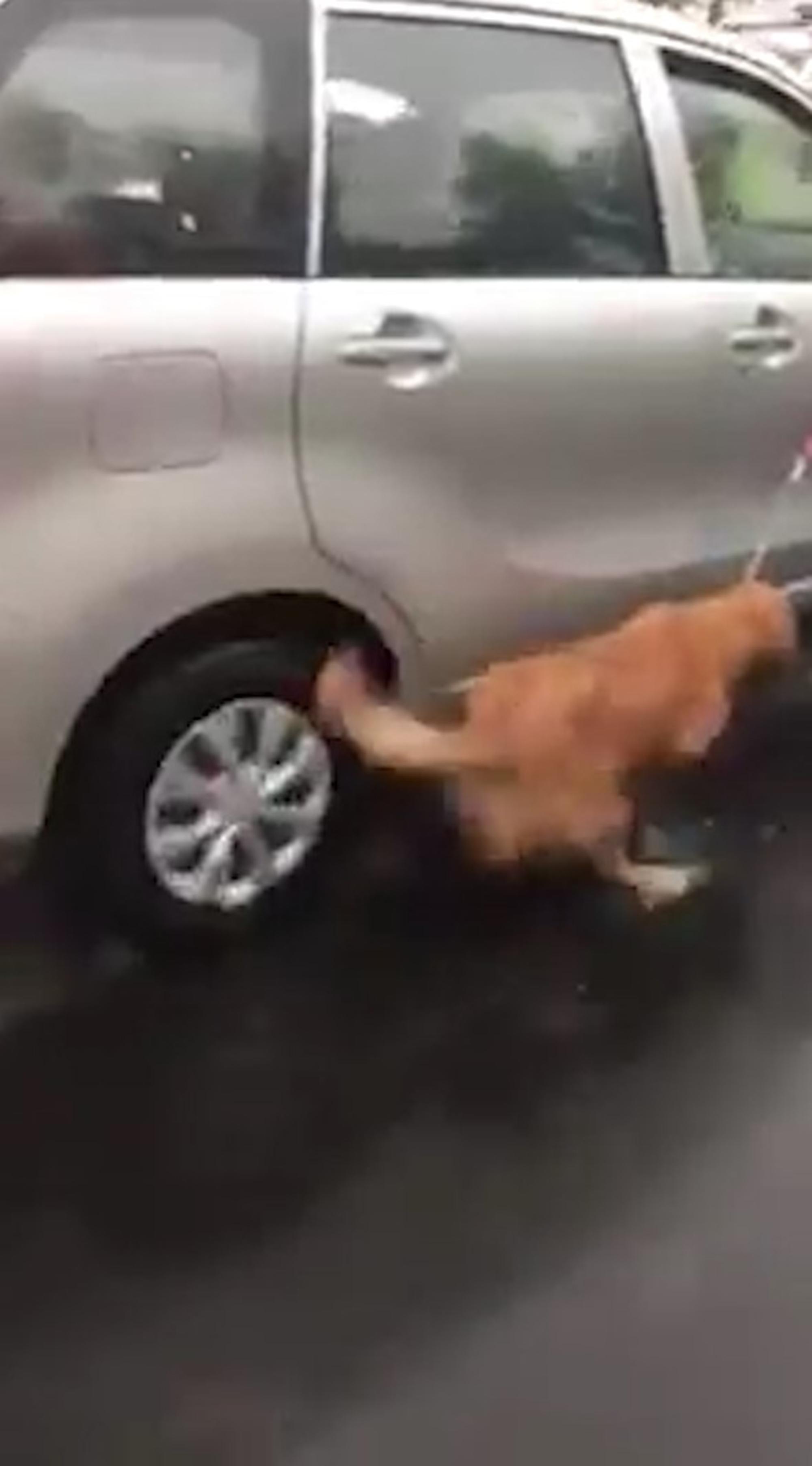 The outraged citizen then pulls up alongside the dog owners and shouts: "Let the dog in, it is getting wet."

While filming, he manages to capture footage of the heartless couple inside the car, as they ignore his shouts.

He continues: "I am telling you to put the dog in and you refuse. It is getting hurt, the dog cannot carry on much longer.” 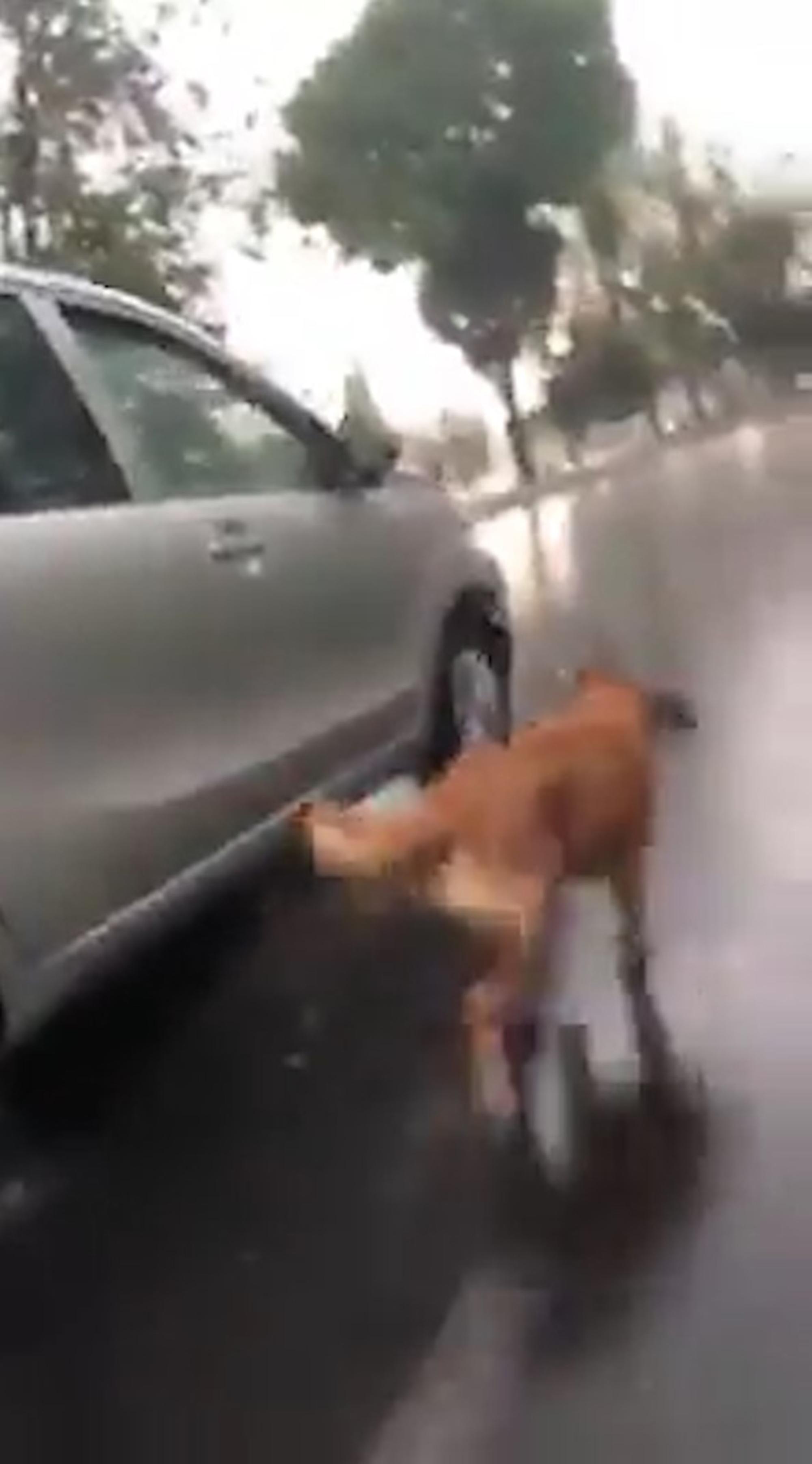 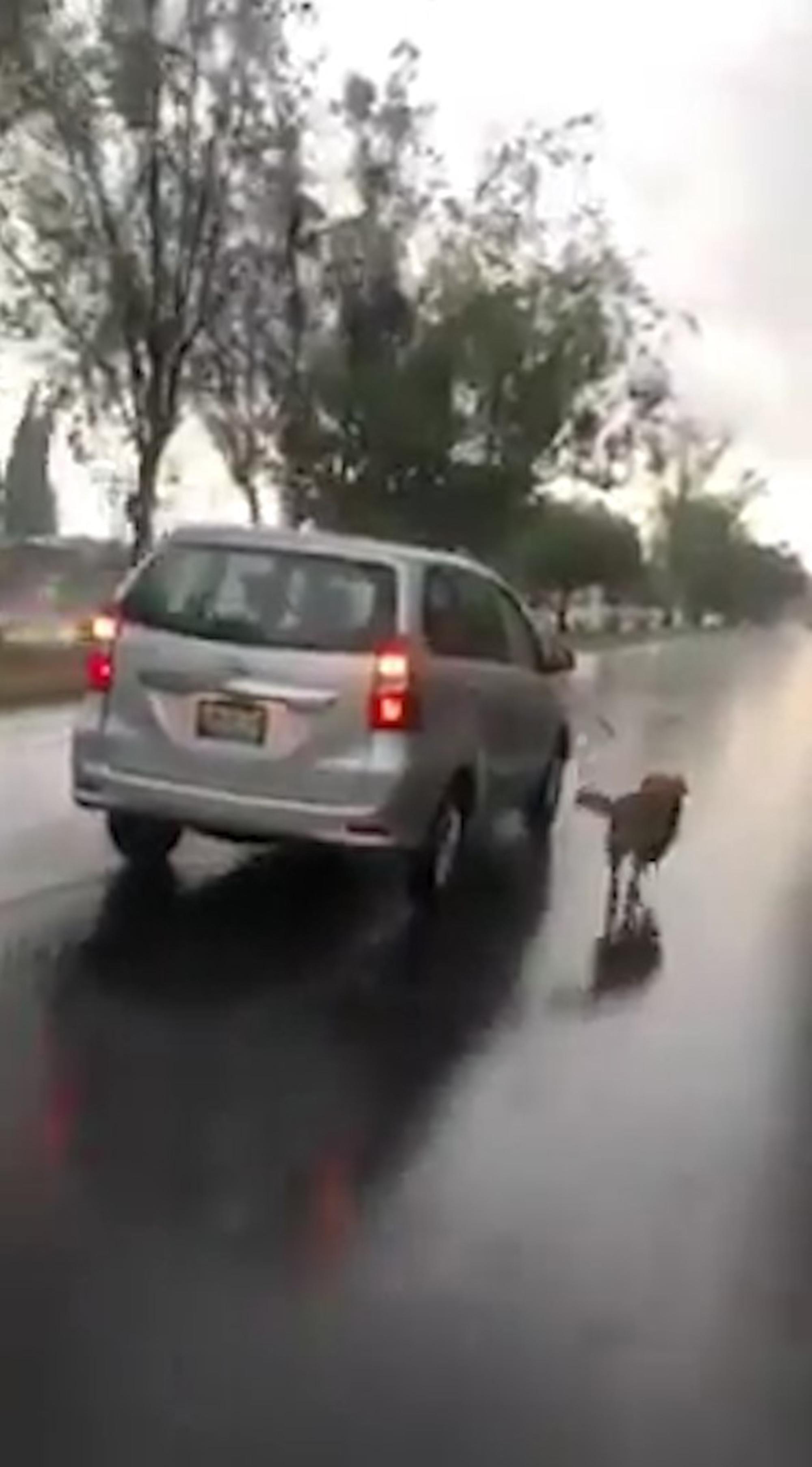 The animal can be seen getting increasingly tired and is barely able to keep up with the car.

At one point the exhausted pup appears to almost go under the car's wheels.

The kindly resident’s voice becomes more panicked: "Get the dog in, he cannot walk anymore!"

A white car also pulls up alongside the Toyota to remonstrate, and the dog owners finally stop the Toyota. 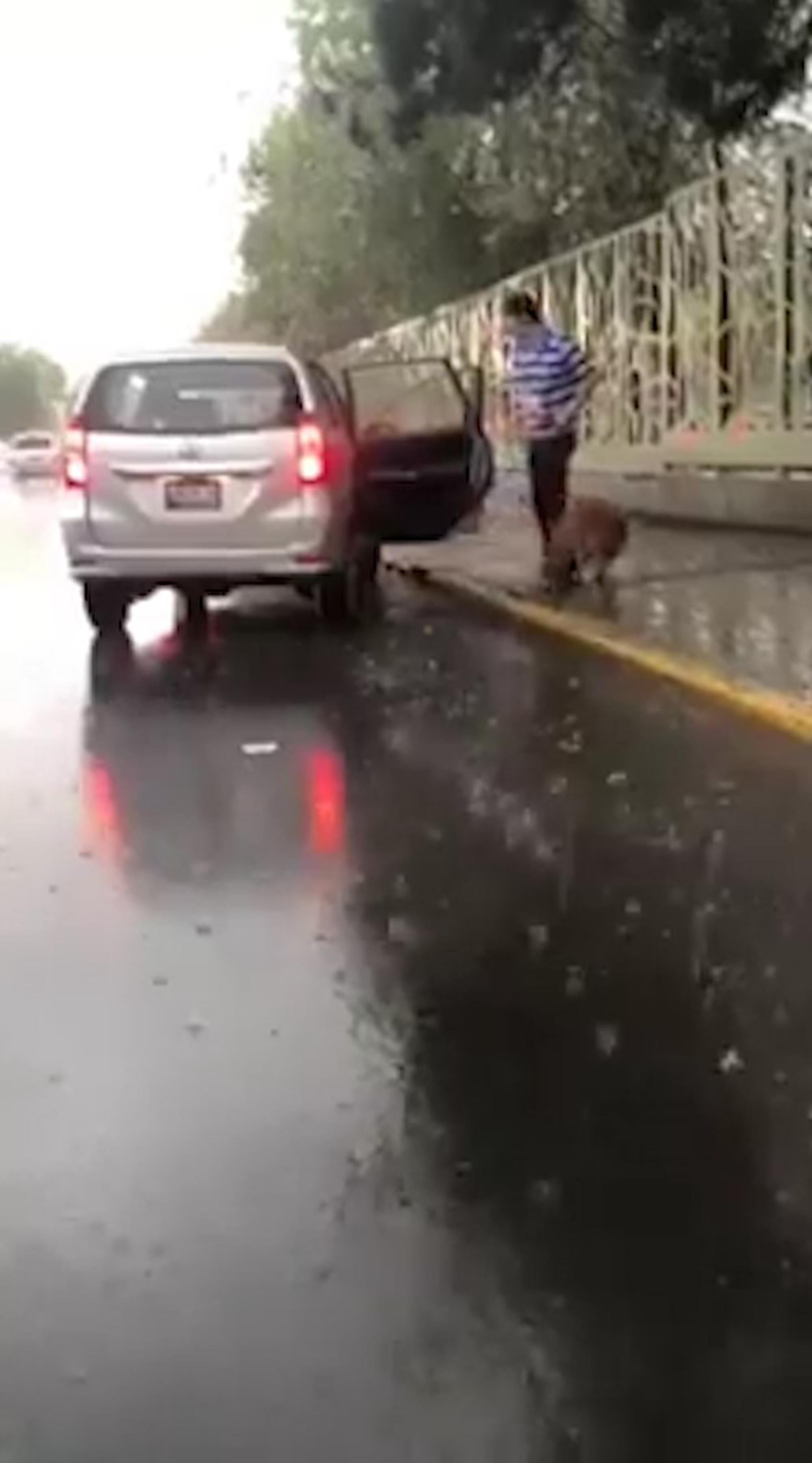 The man reluctantly gets out onto the wet pavement with the dog.

He is last seen taking it for a walk without an umbrella.

It remains unclear if any police action has been taken against the owners.