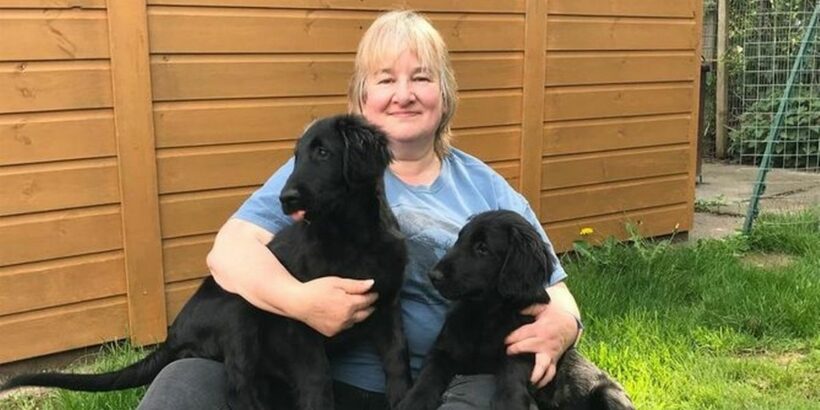 A woman's two-year-old retriever died “suddenly and in agony” after licking a dead fish and is now calling for warnings around the lake where the mysterious dead fish were found.

Jan Egginton, who lives in Worcestershire, was enjoying a summer break in West Somerset but it soon turned to heartbreak when her pet retriever Cove fell ill.

“We were walking beside the lake when Cove spotted three dead fish. I think he licked one of them and he was paralysed within half an hour," she said.

“We tried to give him CPR and to get him to a vets but he died just after we got him into the car."

Jan admitted that she still cries "everyday" following the loss of Cove and has urged that warning signs should be placed in and around Wimbleball Lake to stop this from ever happening again.

“There should be warning signs at the lake and around it," she pleaded. "We would not have gone within 40 miles of the lake if we had known this would happen.

“We have contacted the South West Lakes Trust and the water board but they not responded in a positive manner. We feel dog owners should be warned and should not go through what we have gone through. Our hearts are broken forever."

Jan was adamant that there were no signs alerting owners to keep their pets on leashes and no warnings of cyanobacteria (also known as blue-green algae) active around the lake.

"The toxicology report from Cove's stomach contents showed he did not die from many possible poisons but afterwards we were told the laboratory cannot test for blue-green algae from stomach contents," she explained.

“We are led to believe there is not a test for blue algae from stomach contents in the UK.”

Jan continues to take care of her two other dogs and said: “We will never forget Cove. He was something special and had a gentle heart."