A dog thief was punished in public with flogging after being caught stealing pets by villagers in southern China.

Police said the thief was captured by residents at the Zhang Village in the county of Mengshan, Guangxi Province, yesterday morning before being beaten.

The thief had to be rescued by police officers after they arrived at the scene. 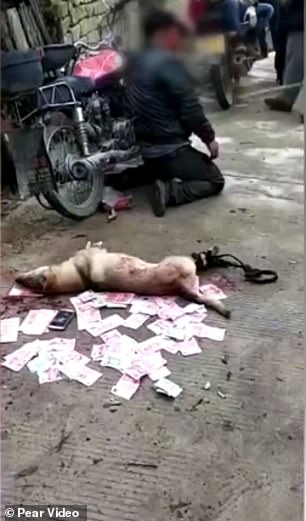 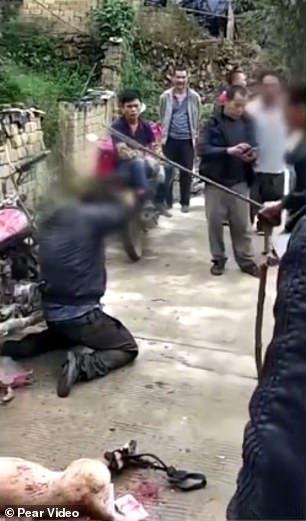 A trending video shows a man being repeatedly beaten by another man with a bamboo stick. Police in China said the knelt man was a dog thief and he had been caught red-handed

Footage circulating on the Chinese social media platforms shows a man who is kneeling on the ground getting flogged by another man who appears to be furious.

The knelt man is repeatedly beaten on the head by a bamboo stick.

Next to the pair, there is a bloodied dog, apparently dead, and some banknotes on the ground.

Mengshan County Police were alerted of the incident after noticing the trending videos. They quickly dispatched officers to the scene.

The thief was taken to the hospital by policemen and sustained non-life-threatening injuries, Mengshan County Police said in a statement.

The police have launched an investigation into the matter. They said those who beat the dog thief could also face penalties. 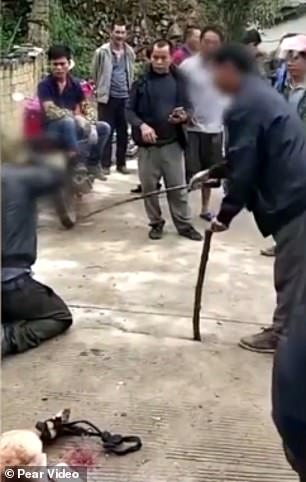 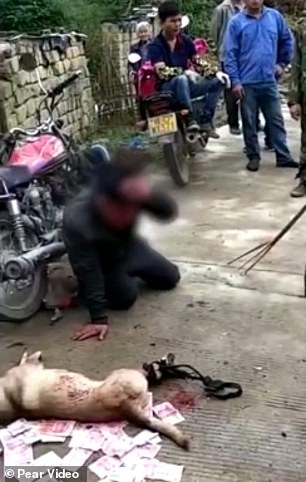 The dog thief had to be rescued by police officers after they arrived at the scene. He was taken to the hospital. Police urged the public not to punish suspected criminals by themselves

Every year, thousands of pet dogs are poisoned and stolen in China, and as many as 20 million dogs are killed to satisfy the dog meat industry.

Dog snatchers often drive a van and use a lasso to catch pet or stray dogs.

Toxic darts are sometimes used too. In those cases, the thieves would go back to the location to collect the dogs’ bodies after they are poisoned.

Dog theft is particularly common in southern parts of China, including Guangxi and Guangdong provinces. 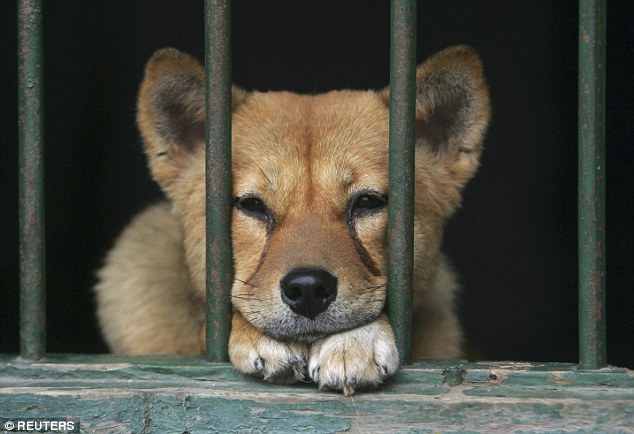 In February this year, a suspected dog thief was brutally attacked by residents of Fengshun after being caught stealing their pets. It was reported that the man sustained multiple fractures and the tendons on his hands were severed.

One month earlier, a woman was tied to a gate and beaten by angry villagers in China after being spotted killing a dog using poisonous darts.

Mengshan County Police urged the public to call the police and not to penalise suspected criminals with violence by themselves. Any offenders could face criminal charges too.