They say that dogs are man’s best friend and this incredible video appears to show that the age old saying is entirely true – even for women.

In this clip, the unnamed dog jumps up on the furniture and barks at the television screen repeatedly as it looks around in disbelief at the person filming its reaction.

As the person on the other side of the television screen then calls out, it barks in an excitable fashion as it tries to keep its balance.

The dog, which resembles a Border Collie, jumps up and down with both paws in the air as it shows its delight at seeing the female on  the television screen.

It then looks back at the person filming the video as the person on the other side of the screen continues to call out to it and encourage its excitement.

While dogs always appear to welcome their owners they have a different way of remembering incidents, people and times and places, say experts.

While humans rely on the concept of time or ‘episodic memory,’ to set dates and times and incidents, dogs do not.

Human beings recall things by relating it to events whereas it is believed that dogs remember as part of their survival instincts. 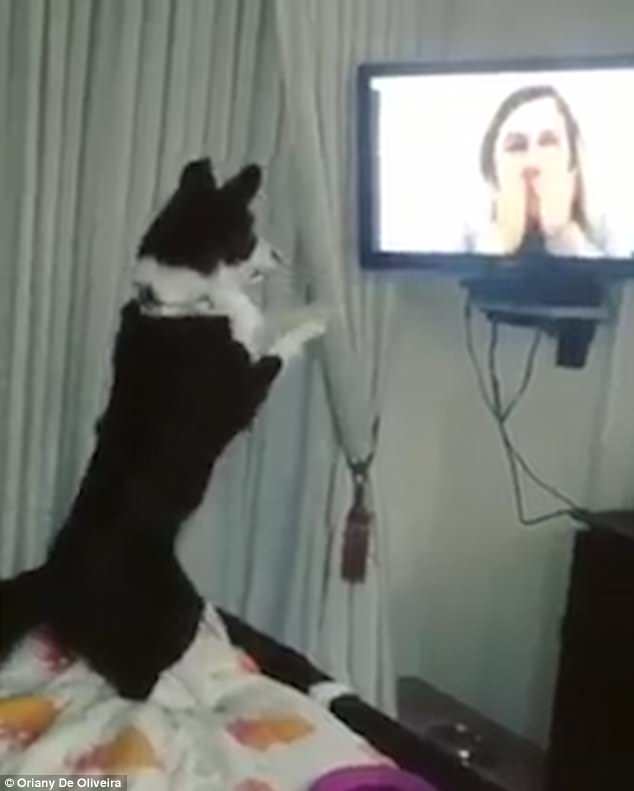 It is thought that dogs’ survival memory triggers it to remember friends, owners, and those can trust.

This memory, known as associative memory, is similar to other animals.

According to a 2014 study by Johan Lind, an ethologist at the Centre for the Study of Cultural Evolution at Stockholm University, Sweden, dogs can forget an event within just two minutes whereas dolphins have the longest memory in the animal kingdom. 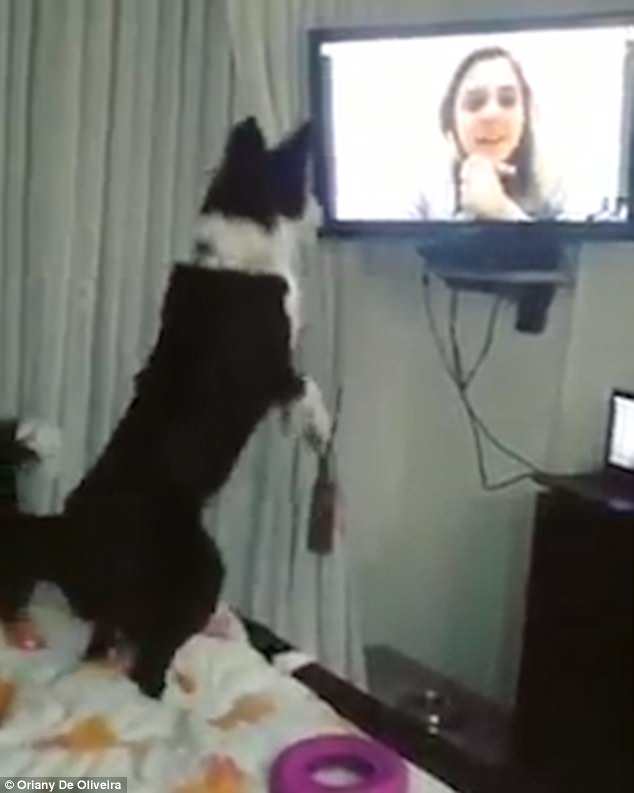 And he said that his research leads him to believe that humans have unique memories.