DOMINIC LAWSON: The word so maddening that hearing it on the radio quite ruined my sunny Bank Holiday

On a sunny Bank Holiday weekend, with our bluebells in bloom and the wisteria beginning to display its brief seasonal beauty, there is little that could disturb my equanimity.

But then, it happened again: someone on the radio did the ‘pre’ thing. This is the only way I can describe it: the verbal virus — quite a recent contamination — that makes those infected put ‘pre’ in front of words which have no need of it.

The one I heard on the BBC yesterday morning was the most common variant: ‘Pre-planned.’

The one I heard on the BBC yesterday morning was the most common variant: ‘Pre-planned’

Why? Is it actually possible to plan something after it has happened?

And yet this word has become so common that the online Oxford Dictionary now tells us: ‘Pre-plan: verb. To plan in advance, as in “a pre-planned route”.’

What madness is this? ‘Darling, I thought I’d plan the route for our journey today. Oh, sorry, that’s not good enough. Of course I meant to say I’m going to pre-plan the route.’

Other variants recently heard, both in BBC Radio 4 programmes about the Westminster political scene: ‘Pre-trailed’ and ‘Pre-leaked’. I thought the whole point about ‘trailing’ something, in political terms, was that you did it before an official announcement.

Obviously, we can understand what the broadcaster means. But why add an extra syllable — derived from Latin — which is redundant, and even slightly pretentious?

Perhaps the oddest and certainly the most grating is the now ubiquitous ‘pre-prepared’.

It’s many decades since I did A-level Latin, but as far as I know the word prepare itself derives from ‘prae’ meaning before and ‘parare’ which means to make ready. Why on earth does the ‘pre’ require another ‘pre’ before it? Unless you are unfortunate enough to be afflicted with a bad stutter, there’s really no excuse. And yet this monstrosity is now most common in the highest circles.

Thus, I noticed Sir Lawrence Freedman, the immensely distinguished Emeritus Professor of War Studies at King’s College London, and a man whose writings I much admire, recently referring to something he had ‘pre-prepared’. Lawrence, how could you?

And in its guidance to lawyers, a recent document from the Crown Prosecution Service (CPS) tells us that ‘an adverse inference cannot be drawn by a defendant who merely refuses to answer police questions after a pre-prepared statement is read out’.

Not so long ago it would have been enough to refer to a ‘prepared statement’. It still should be.

The CPS has much more serious things to worry about than this: it has become dangerously close to discredited under its departing director, Alison Saunders. The CPS complains that it is under-resourced — but it costs nothing to be clear and concise in expressing the law. 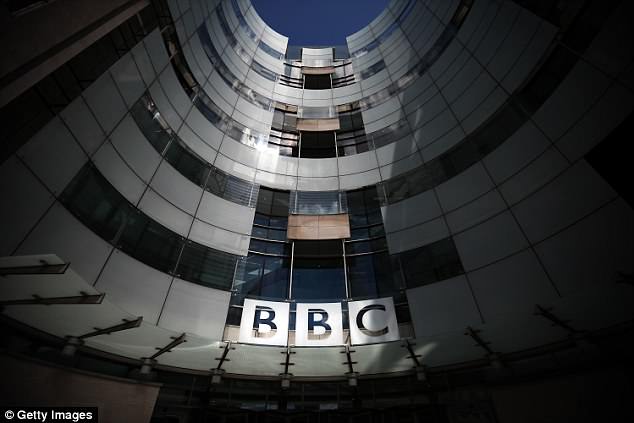 The current guardians of spoken English at the BBC should recall a memo supposedly written by the institution’s founder, the terrifying Lord Reith

And when the most eminent professors and institutions do this, we cannot blame less august commercial organisations for following their bad example.

So food retailers now offer us what they increasingly call ‘pre-prepared meals’. Plain ‘prepared meals’ are old hat. Thus, Wiltshire Farm Foods — an excellent firm, no doubt — advertises the following service: ‘Pre-prepared Ready Meals Delivered.’ Of course, it doesn’t mean that the meals have been cooked twice, but that’s what it sounds like. And it doesn’t encourage me to try their ‘ready meals’.

I’ve no idea where this comes from. But I wouldn’t be entirely surprised if it had blown across the Atlantic. As has another term used increasingly in the UK and which gives me slight palpitations: ‘Storied’.

No, it’s not a misspelling of what we apply to buildings, which can indeed be storeyed. It is used to mean something or someone about whom many stories have been written or told. Thus, on Radio Four’s Today programme on March 17 (yes, I took a note) we were told of someone who’d had a ‘storied career’. Ugh.

I think this term is being used as an alternative to the more English ‘famous’. But that grossly overused word is in itself almost always dispensable.

The current guardians of spoken English at the BBC should recall a memo supposedly written by the institution’s founder, the terrifying Lord Reith.

It is said that on hearing someone described in a broadcast as ‘a famous lawyer’, Reith wrote to the programme’s producer: ‘The word FAMOUS. If a person is famous, it is superfluous to point out the fact; if he is not, then it is a lie. The word is not to be used by the BBC.’

Exactly so. And the current director-general of the BBC should tell his journalists and newsreaders that the following terms are also banned: ‘Pre-planned’, ‘pre-trailed’ and, above all, ‘pre-prepared’.

As for ‘storied’, anyone from the Today programme using it should be given a formal warning that repetition will result in being exiled to Radio St Helena.

There is a serious point, though. Our language is so beautifully clear and simple, at its best. Our national broadcaster, with its unique influence, has a special responsibility to keep it that way.

To Sigmund Freud we owe the theory known as psychological projection.

This describes the actions of someone who can’t accept his own character flaws and deals with this by attributing them to others — which he can then condemn without mercy, or indeed a trace of self-reflection.

I am beginning to think that the Speaker of the House of Commons, John Bercow, is a classic study of this phenomenon.

Over recent days, former Parliamentary officials have described being at the receiving end of Mr Bercow’s epic tantrums. Angus Sinclair, who worked for Bercow until 2010, told the BBC how the Speaker had frequently bellowed at him, and even attempted to intimidate him physically, smashing a mobile phone to smithereens on his desk. 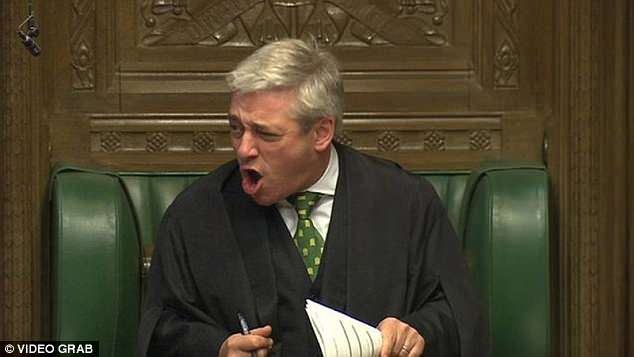 I am beginning to think that the Speaker of the House of Commons, John Bercow, is a classic study of this phenomenon

Sinclair was succeeded by Kate Emms, who left Bercow’s office after just a year, suffering, we are told, from post- traumatic stress disorder.

And the former Black Rod, David Leakey, revealed to the BBC that he had also been at the receiving end of Bercow’s tantrums, adding: ‘His explosive and intemperate behaviour is legendary, objectionable and unworthy of someone in such public office.’ And here’s the thing: John Bercow not only denies all this absolutely, but in 2017 called for ‘zero tolerance of bullying here at Westminster’.

Stranger still, he seems to take particular pleasure in questioning the mental stability of MPs who become over-excitable in the chamber, invariably telling them ‘to take a soothing medicament’ (ie, tranquilisers).

The Guido Fawkes website has unearthed many examples of this. Thus, to the Conservative MP Alec Shelbrooke three weeks ago: ‘You are over-excited and you need to contain yourself. If it requires you to take some medicament, so be it.’

To the Labour MP Khalid Mahmood, last July: ‘You seem to be in a very hyper condition today. I recommend that you take some sort of soothing medicament or go and lie down for a little while.’

Or indeed, to the entire House of Commons, also last July: ‘Members are shouting excessively. They must calm themselves. Take some sort of soothing medicament.’

Yet, to judge from what a number of his former staff say, if any MP is in need of a ‘soothing medicament’, it is the member for Buckingham, one John Bercow.