The bizarre addition to the White House’s art collection was spotted in the background of his CBS' 60 Minutes interview on Sunday. 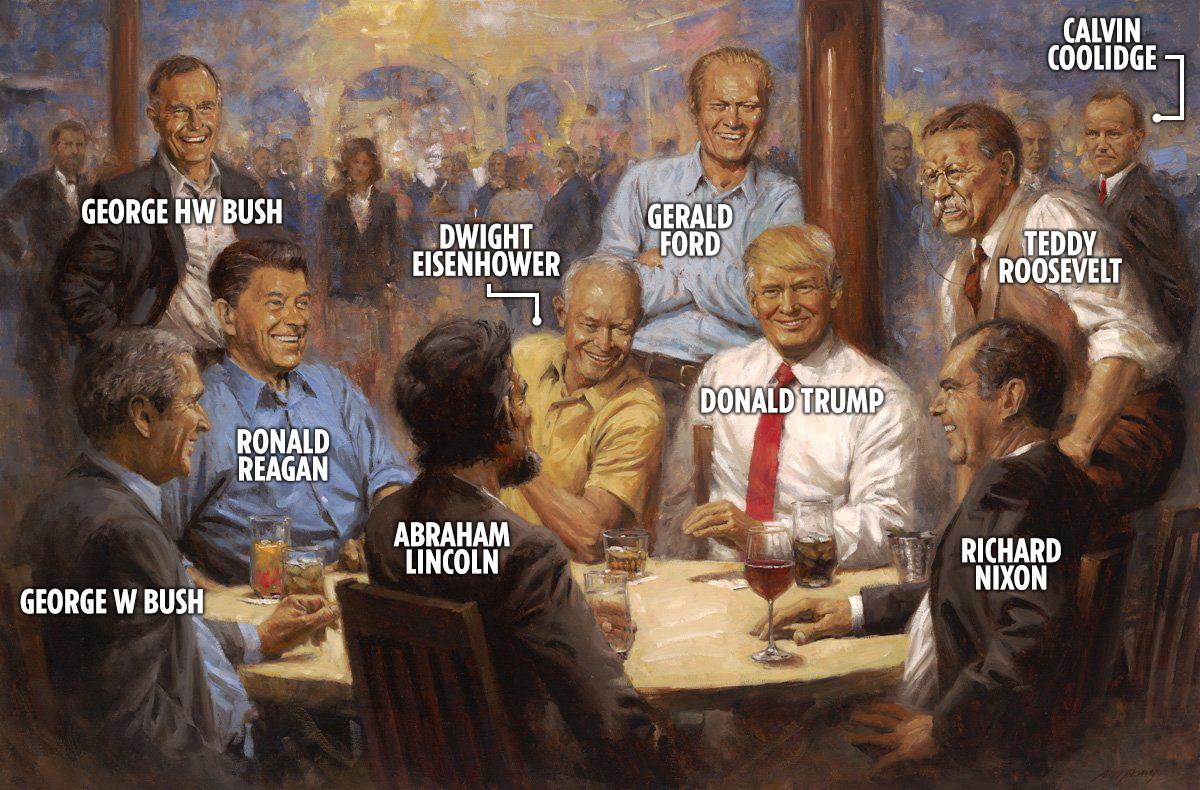 Shots of the painting were then widely shared on social media.

The painting depicts Trump sitting front and centre at a table surrounded by past Republican presidents.

He tweeted: “Trump had this horrific piece commissioned. It’s a fantasy painting of GOP presidents hanging out with him. I feel it’s in need of a caption. Internet, do your thing.” 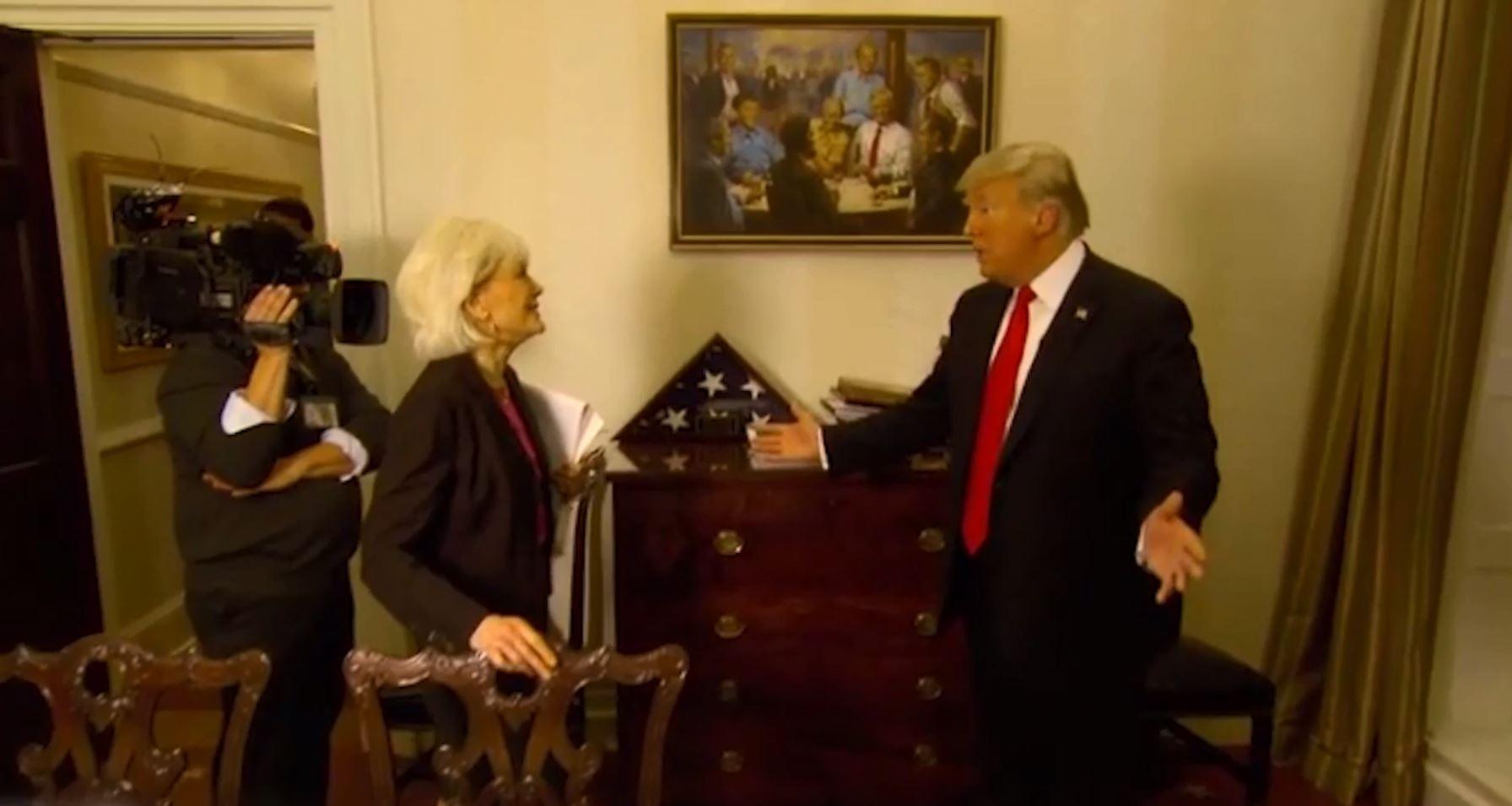 One Twitter user replied: “Now this is a painting that should have had a built-in shredder.”

They were referencing the Banksy artwork that shredded itself after it sold at auction.

Another user jibed: “The painting Trump has hanging in the White House is exactly the kind of painting Alan Partridge would have if he was president.”

One user added: “I’m not first to note similarity betw incredibly tacky painting of GOP presidents on Trump’s wall and

“Dogs Playing Poker.” It’s probly worth noting that “great general,” President U.S. Grant, doesn’t have a seat at the table.”

Many were quick to point out the painting’s similarity to recognisable Dogs Playing Poker by American painter Cassius Marcellus Coolidge.

In the painting Trump is sitting in between Dwight Eisenhower, who is in a yellow shirt, and Theodore "Teddy" Roosevelt, who is standing and wearing a waistcoat.

Top the left of Roosevelt is Richard Nixon holding the stem of his wine glass.

Abraham Lincoln can be made out from his beard and his long face despite the 16th president being the only one with his back facing the viewer.

The left of Lincoln is George W Bush and his father George HW Bush can be seen standing with a large grin behind Ronald Reagan.

Behind Roosevelt is the 30th president Calvin Coolidge.

Who are the presidents in the painting?

The last president depicted in the painting is Gerald Ford, who has is arms crossed and is directly behind the current US president.

It was gift to Trump from Republican Congressman Darrell Issa.

The painting is by Andy Thomas and it entitled “The Republican Club”.

Thomas told TIME he as “ecstatic” when he found out his painting was hanging in the White House.

He said: “I was ecstatic. A lot of times gifts aren’t really hung up, they’re just pushed in a closet somewhere. To find out it’s actually hanging is really a treat.”