Washington: US President Donald Trump, under pressure from Special Counsel Robert Mueller's investigation into Russia's role in the 2016 US election, probably has the power to pardon himself but does not plan to do so, his lawyer Rudy Giuliani says.

Asked whether Trump hads the power to give himself a pardon, Giuliani said, "He's not, but he probably does."

Giuliani added that Trump "has no intention of pardoning himself" but that the US Constitution, which gives a president the authority to issue pardons, "doesn't say he can't".

"It would be an open question. I think it would probably get answered by, gosh, that's what the constitution says," Giuliani told ABC's This Week program on Sunday.

The possibility of a self-pardon appeared to be raised in a January 29 letter from Trump's lawyers to Mueller, published by the New York Times on Saturday, arguing that the President could not have obstructed the probe given the powers granted to him by the constitution.

Mueller is investigating whether Russia meddled in the presidential election and whether Trump's campaign colluded with Moscow. Mueller, whose investigation already has led to criminal charges against Trump campaign aides including former campaign chairman Paul Manafort, is also looking into whether Trump unlawfully sought to obstruct the investigation.

Both Russia and Trump deny collusion, and the President has denied obstructing the probe. 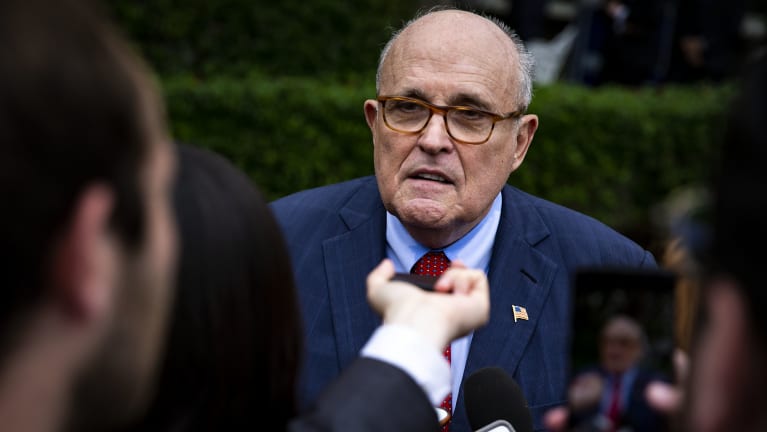 Giuliani noted that the political ramifications of a self-pardon could be severe. He told NBC's Meet the Press  that "the President of the US pardoning himself would just be unthinkable. And it would lead to probably an immediate impeachment."

Under the constitution, a president can be impeached by the House of Representatives and then removed from office by the Senate.

Trump took to Twitter on Sunday to again rage against the FBI, former FBI director James Comey, who he fired last year, and the Justice Department, saying he would not have hired Manafort if he had been told Manafort was already under investigation.

He also repeated criticism of the Mueller investigtion and accused it of "going after people and their families for unrelated offences".