The US President was visiting a children's hospital in Ohio when he joined a colouring in activity – but his efforts have been mercilessly mocked online. 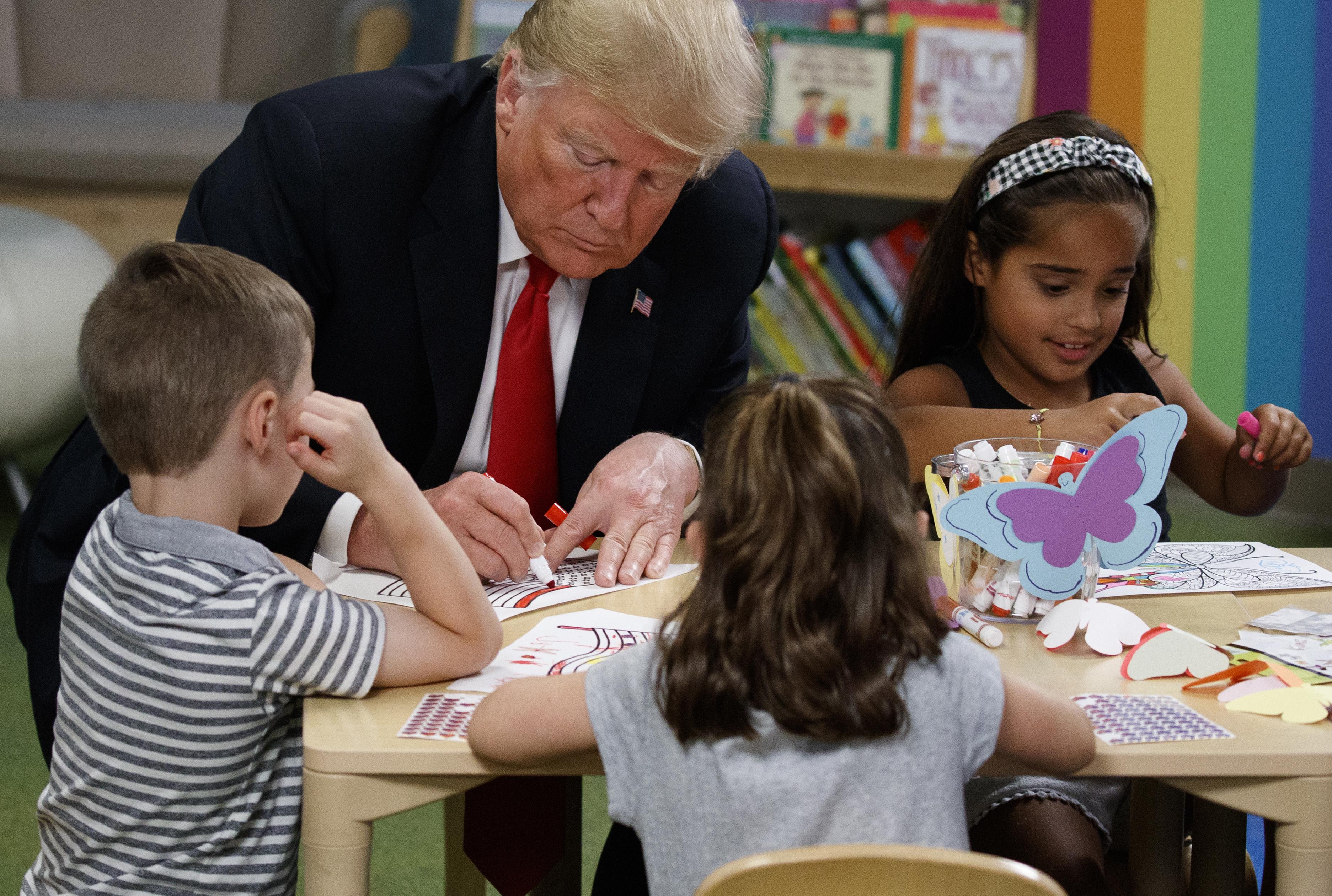 The US flag, known as the Old Glory, is made up of 13 red and white stripes and a blue rectangle in one corner filled with 50 white stars to represent each state.

But the 72-year-old – with a face of pure concentration – seemed to add an extra blue stripe in pictures inadvertently shared by Secretary of Health and Human Services Alex Azar.

Twitter users were quick to point out that it looked much closer to the Russian flag, which is made up of three horizontal layers of white, blue and red.

One wrote: "Maybe it's not so wrong – looks like a poor attempt at the Russian flag." 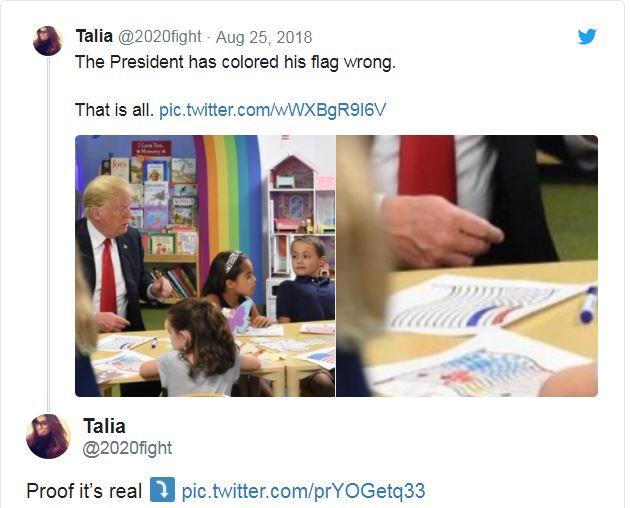 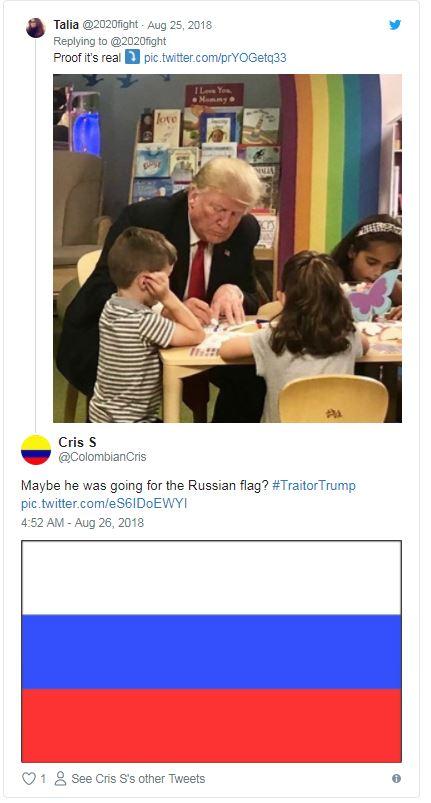 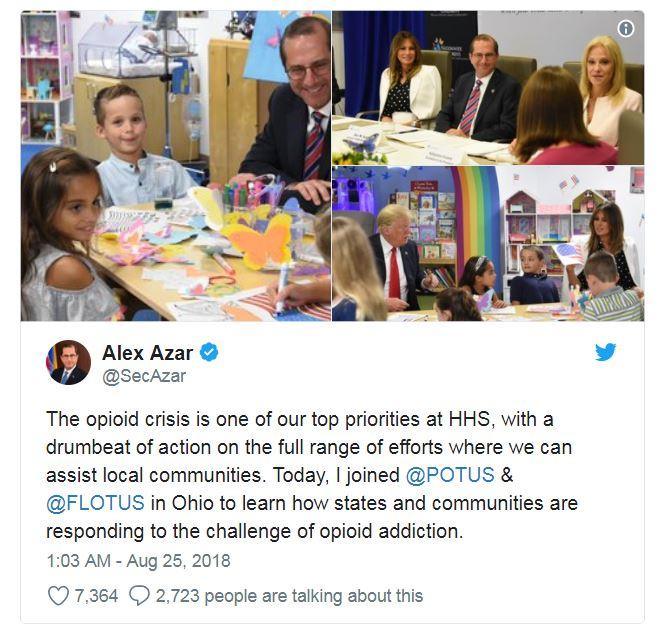 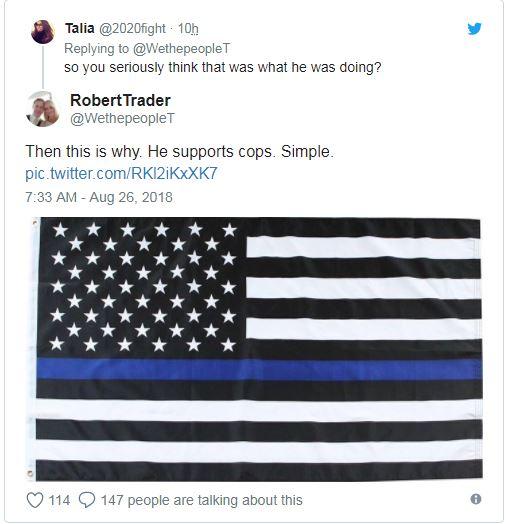 Another said: "The kids are coloring American flags. Trump is coloring…a Russian flag."

But not everyone thought he had messed up, in fact some said the ridicule was "petty" and pointed out it was merely a colouring activity with children.

Twitter user Danny said: "I’m not saying I like trump but y’all reaching way too hard , 'he don’t color the flag correctly' bruh its an arts and crafts project be creative he wanted a red white and blue design sheesh" (sic).

Another said: "Smh this sh*t is getting ridiculous! Did anyone stop to think the kid wanted him to use blue? 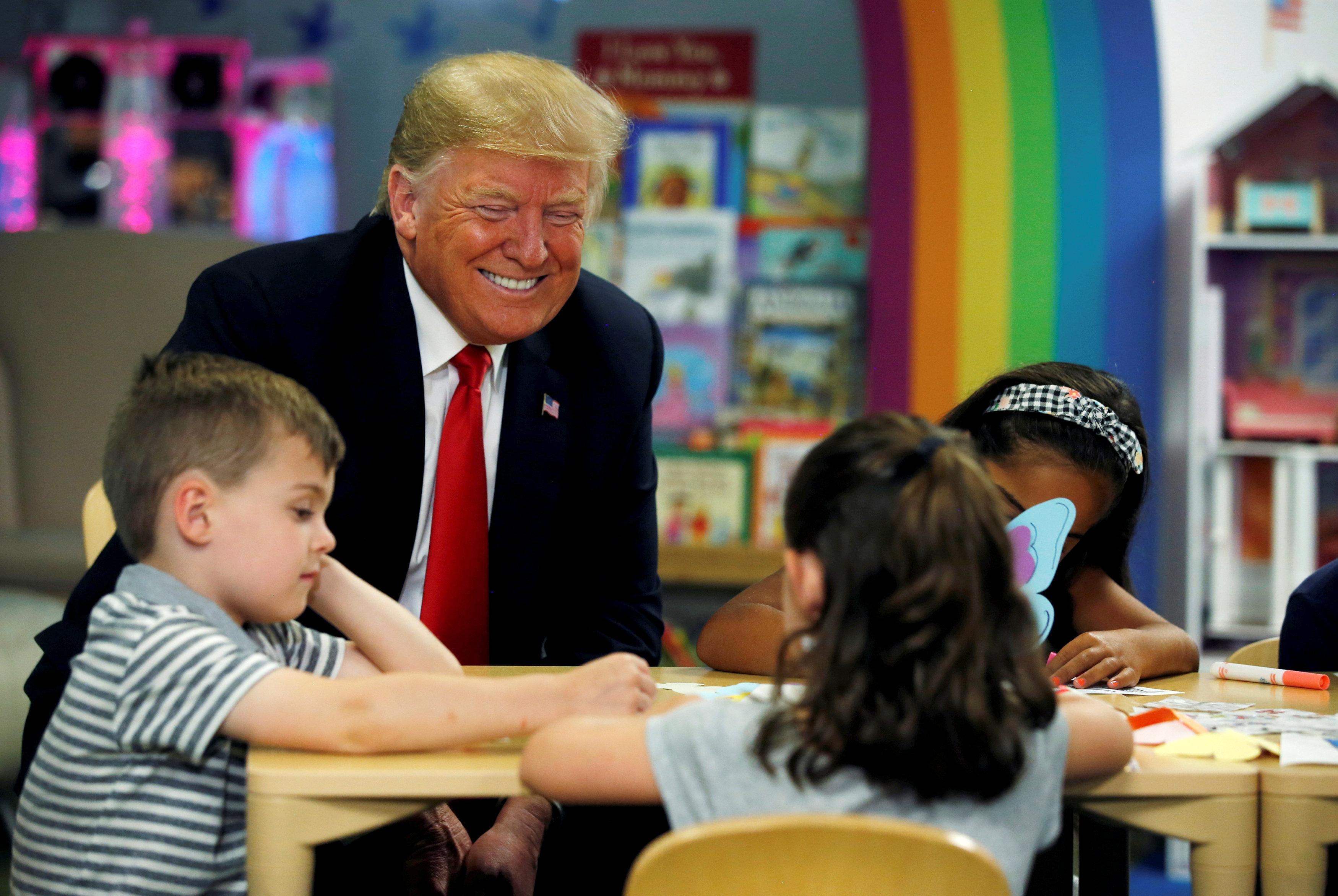 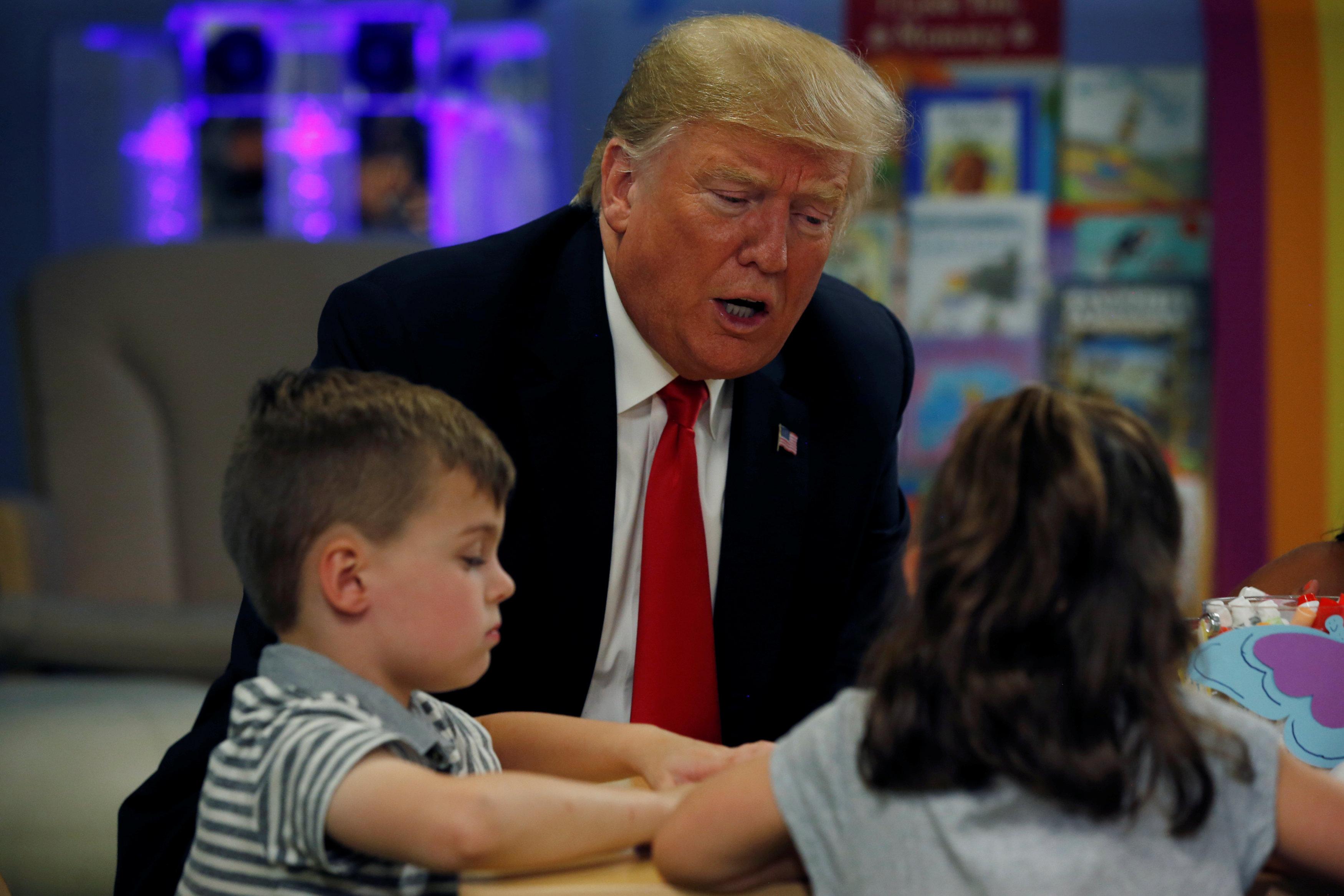 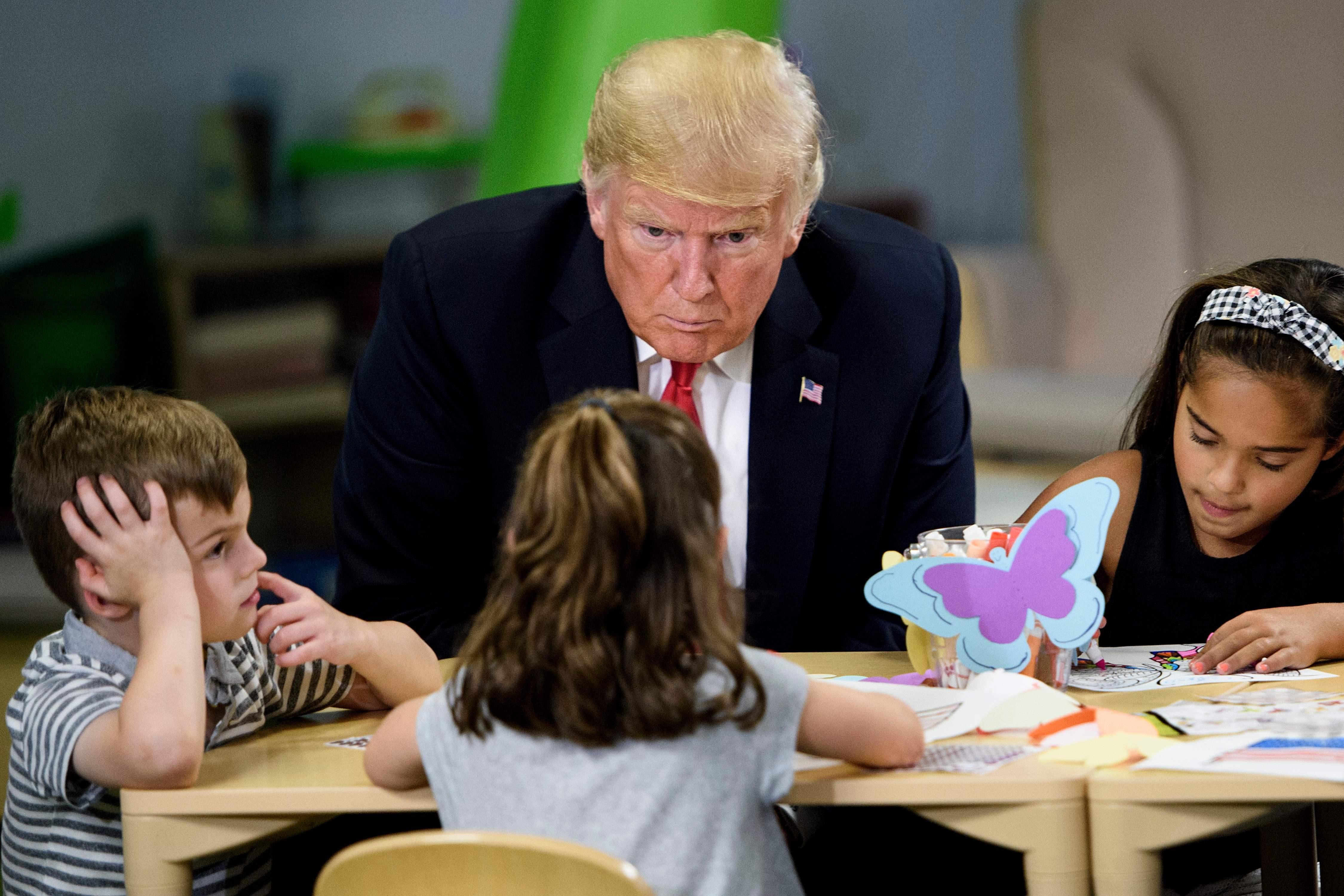 "I have grandkids and they are always picking the colors they want me to use when I color with them. So sick of the pettiness."

Trump has come under criticism for forgetting words to some his nation's beloved songs before.

In June, he appeared to forget the words to God Bless America during a ceremony celebrating patriotism at the White House.

And in January he was mocked for stumbling his way through the national anthem – The Star-Spangled Banner – during a college football game in Georgia.

It followed a stressful week for the president that saw two of his ex- associates facing jail for crimes including campaign finance violations and fraud.

Despite calls for his impeachment, Trump appeared to enjoy his visit with wife Melania by his side on Friday.