The US President, 72, was speaking to the Federation of Small Businesses when he made the bizarre gesture. 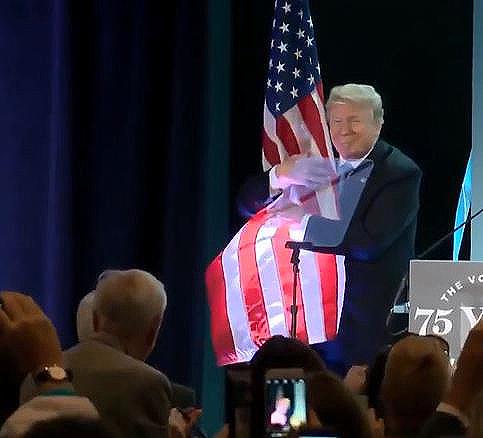 Walking up to the Stars and Stripes on the podium he spread his arms out wide before wrapping them around it while giving a broad grin to the audience.

Trump also spoke at length about immigration and even accused Canadians of indulging in shoe smuggling.

“They buy shoes and then they wear them. They scuff them up. They make them sound old or look old.” 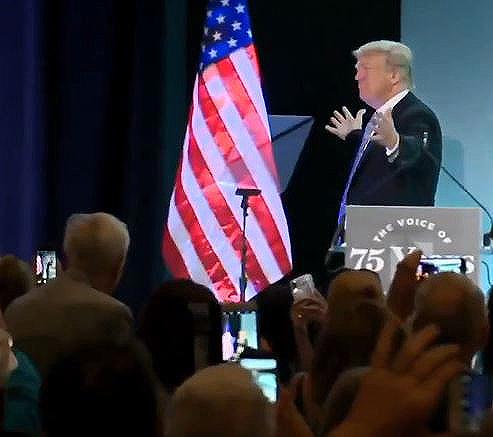 After winding up his speech he stepped up and hugged the flag.

And social media reacted in just the way you’d expect.

Delores McEachern posted a funny memes with the words “WTF… is he doing???” 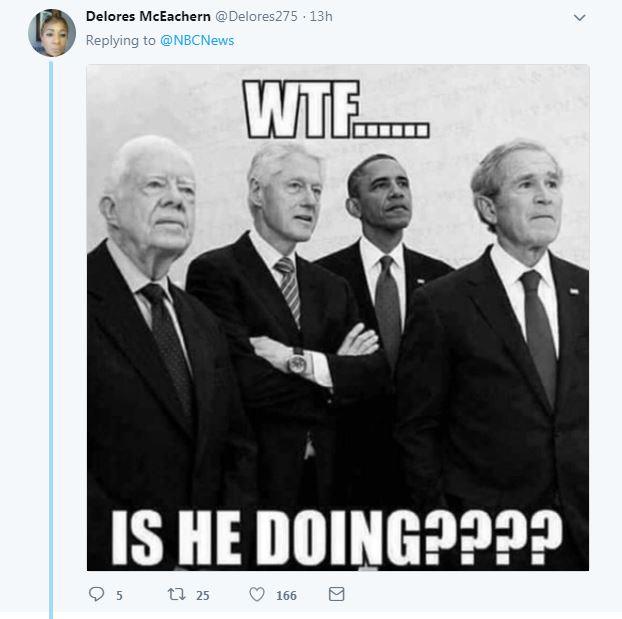 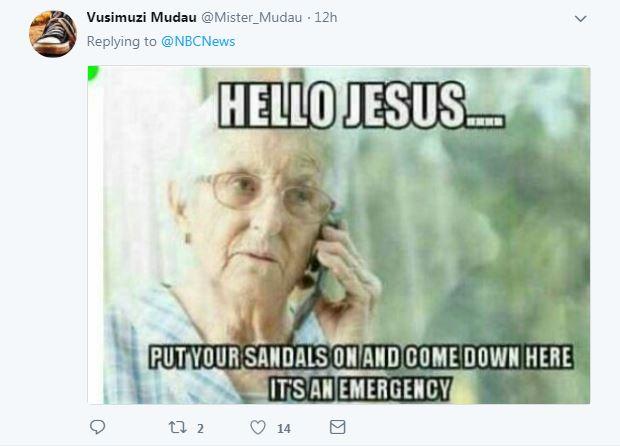 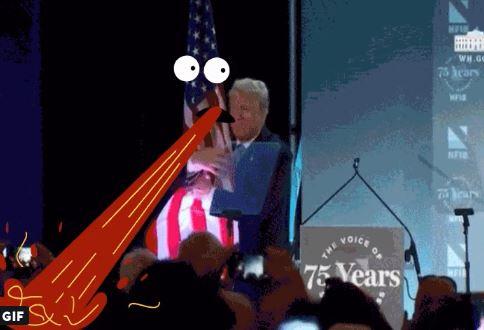 Another witty meme had an old lady calling up Jesus to get him to come back to Earth as it was an “emergency”.

And one person compared him to a "drunk uncle at a wedding".

Cherie Morrissey simply questioned the sanity of the Republican President.

‘Liz’ found Trump’s actions disturbing, writing: “That is the weirdest and creepiest thing I’ve ever seen.”

Others poked fun at his actions, adding cartoon eyes to the flag and having flames coming out of its mouth.

Former Democratic US Senator Barbara Boxer took the chance to make a political point: “Message to Trump: the American flag stands for justice, freedom, opportunity and compassion for the most vulnerable. Next time, in addition to hugging the flag, hug a child.”