The NBA legend told Sun Online he wants a front row seat for the historic event and hailed the US President as the "best negotiator in the world". 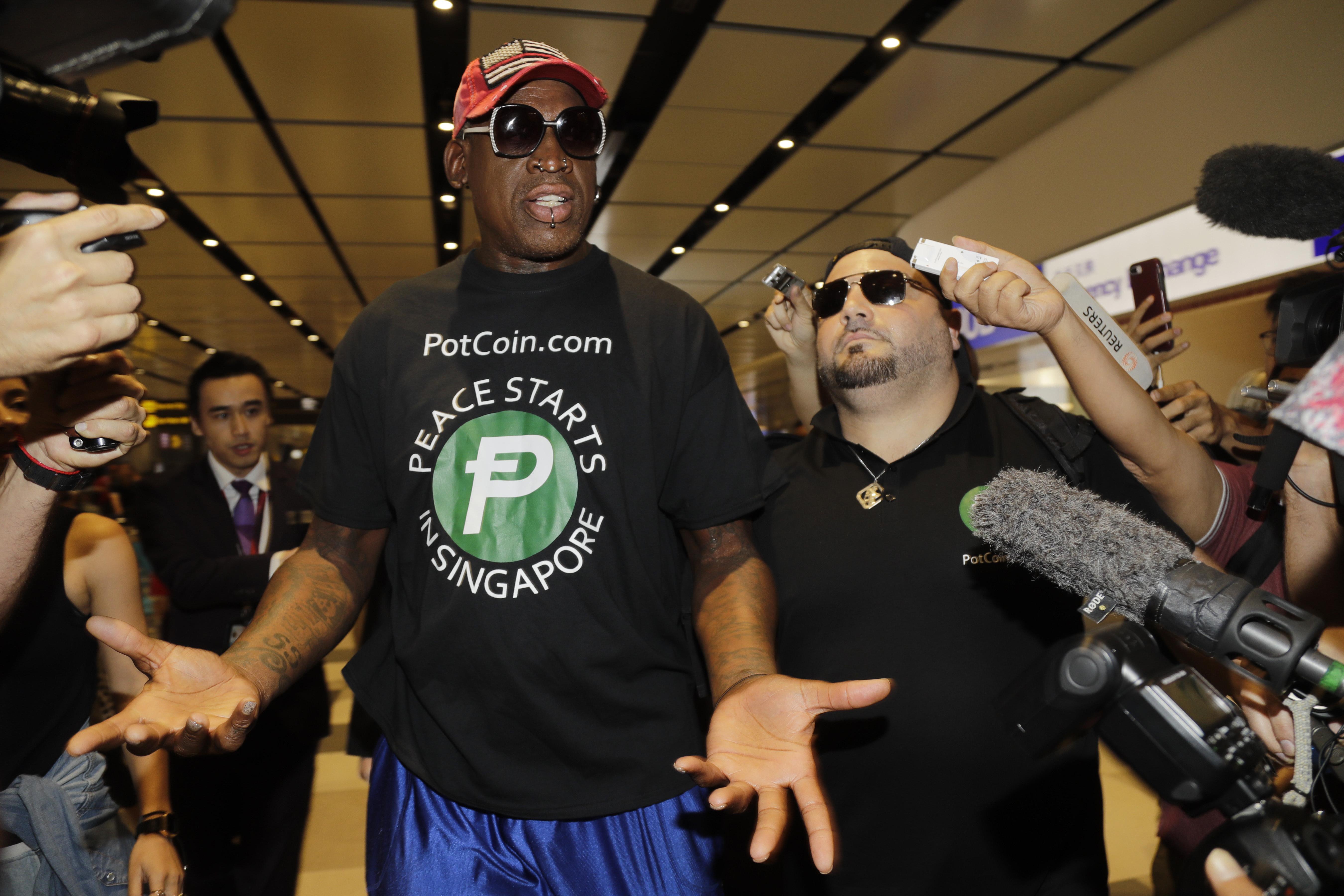 He said: "I'm out there for the next three days as I didn’t want to miss such a historic event.

"I'm one of a few people on the planet friends with President Trump and Marshall Kim Jong Un.

Rodman added: "I know President Trump is the best negotiator in the world and looking forward to a historic outcome for the world."

He emerged from the baggage claim area at Changi Airport around midnight surrounded by media.

Dennis told reporters he wasn't sure if he would meet either world leader during his stay, but said he wanted to be close for the summit.

The Singapore Summit: What we know so far… 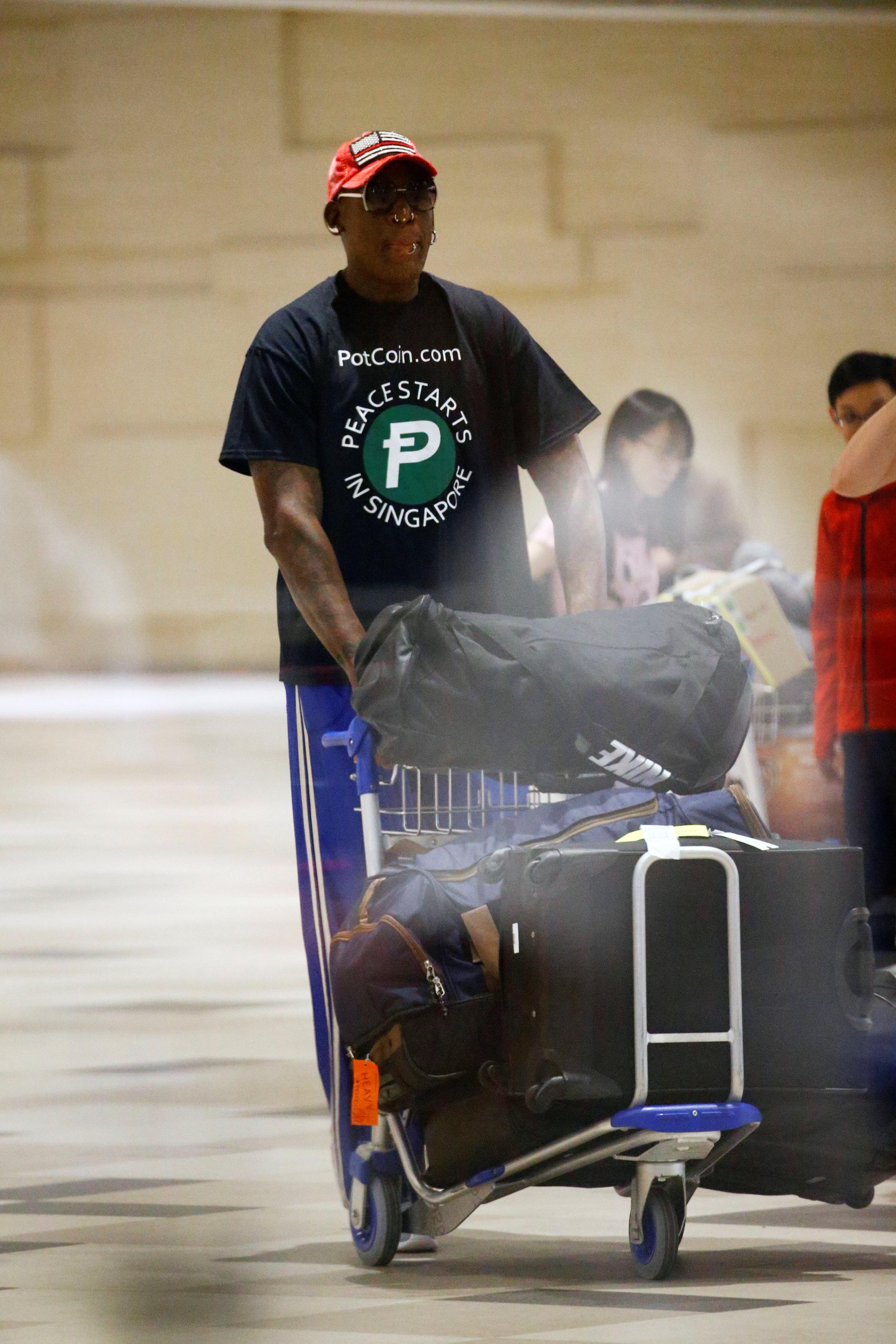 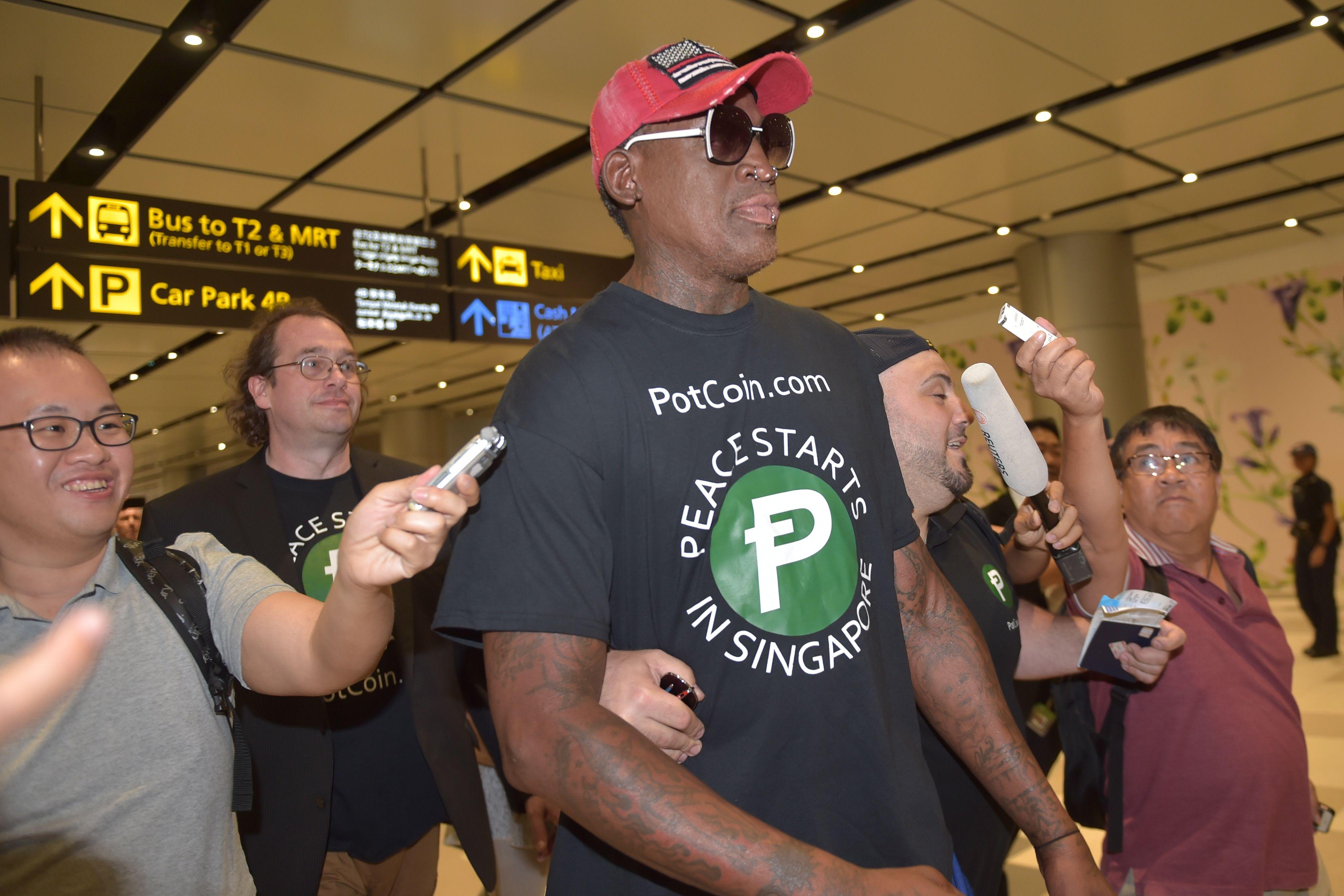 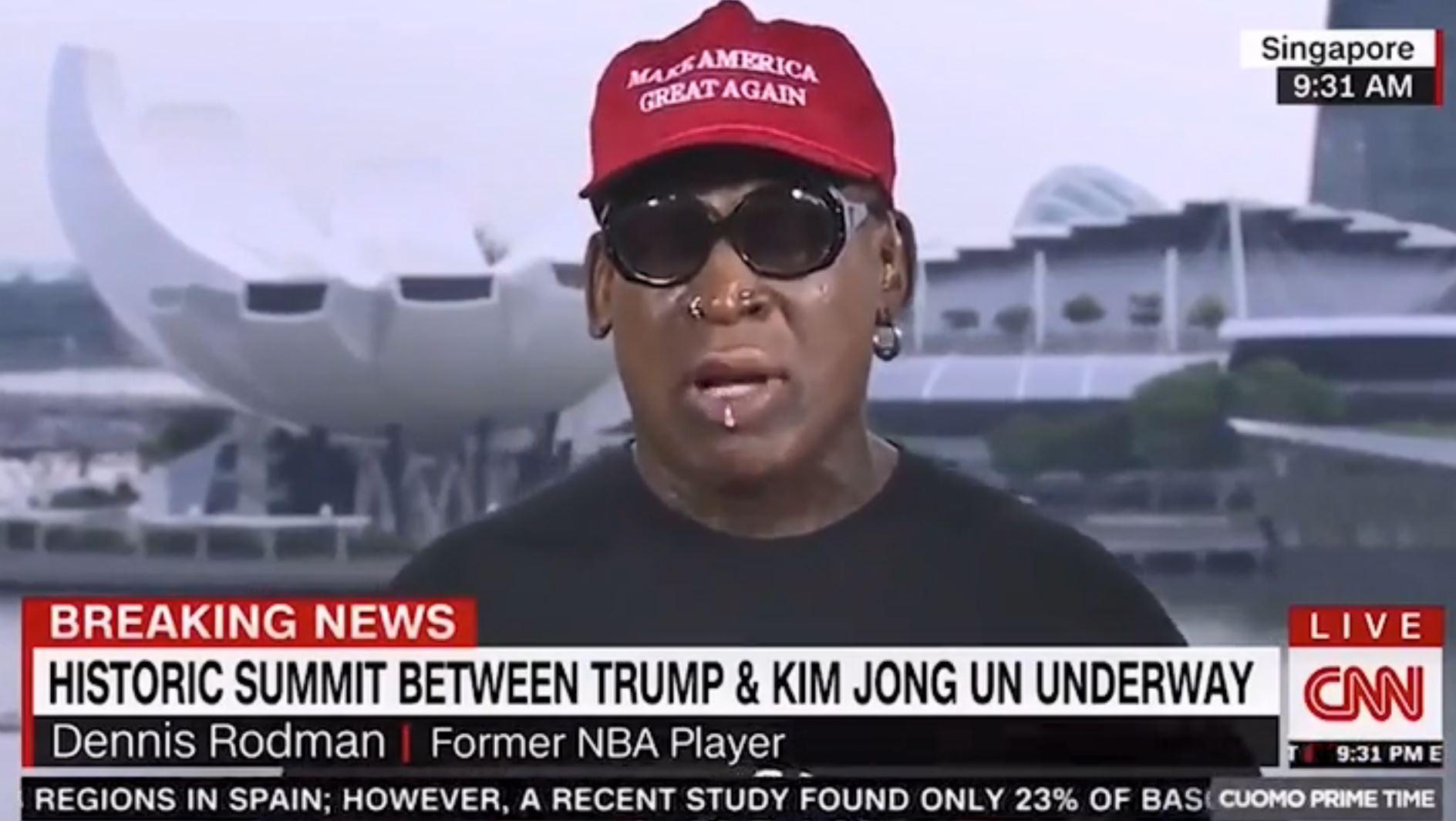 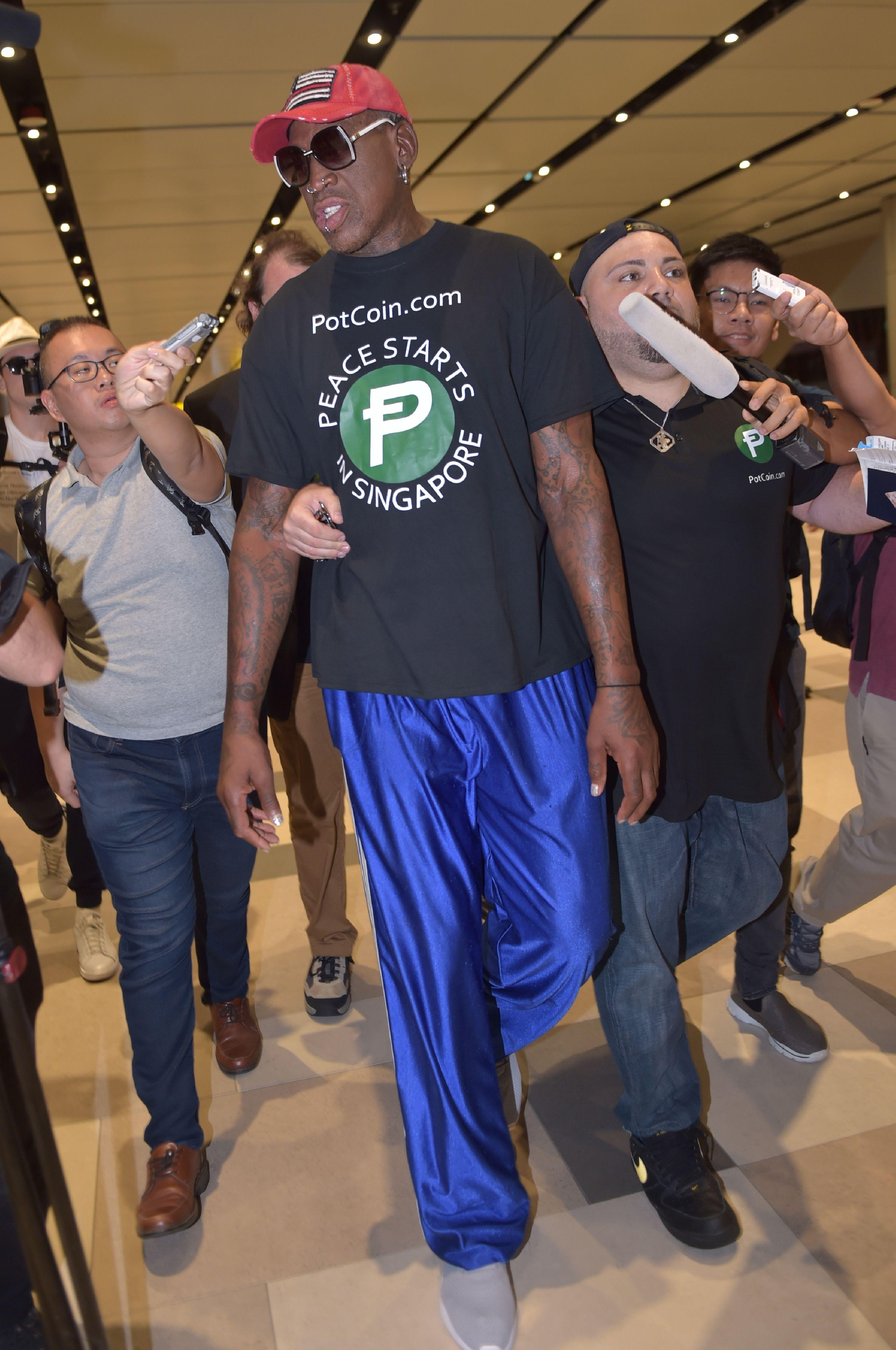 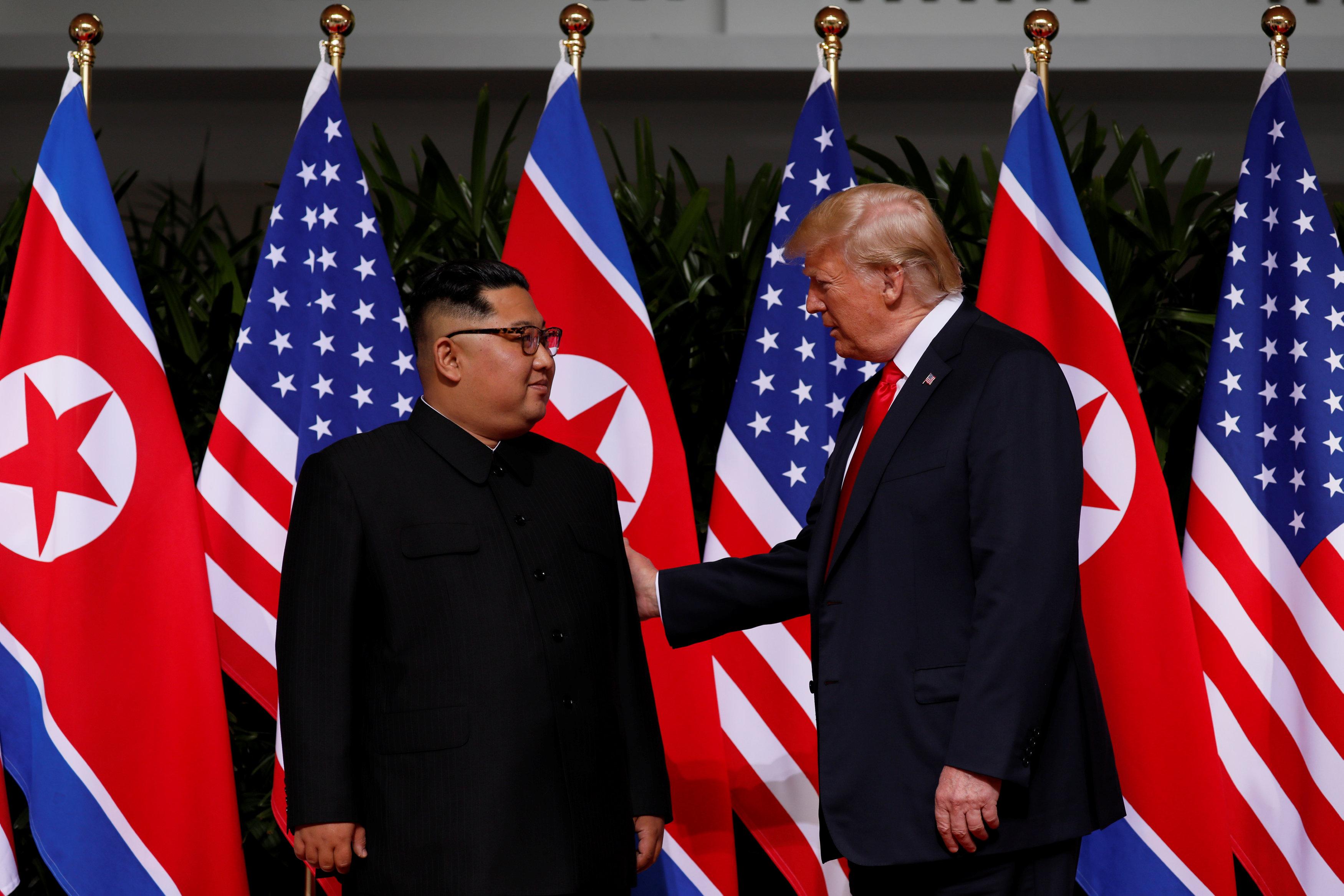 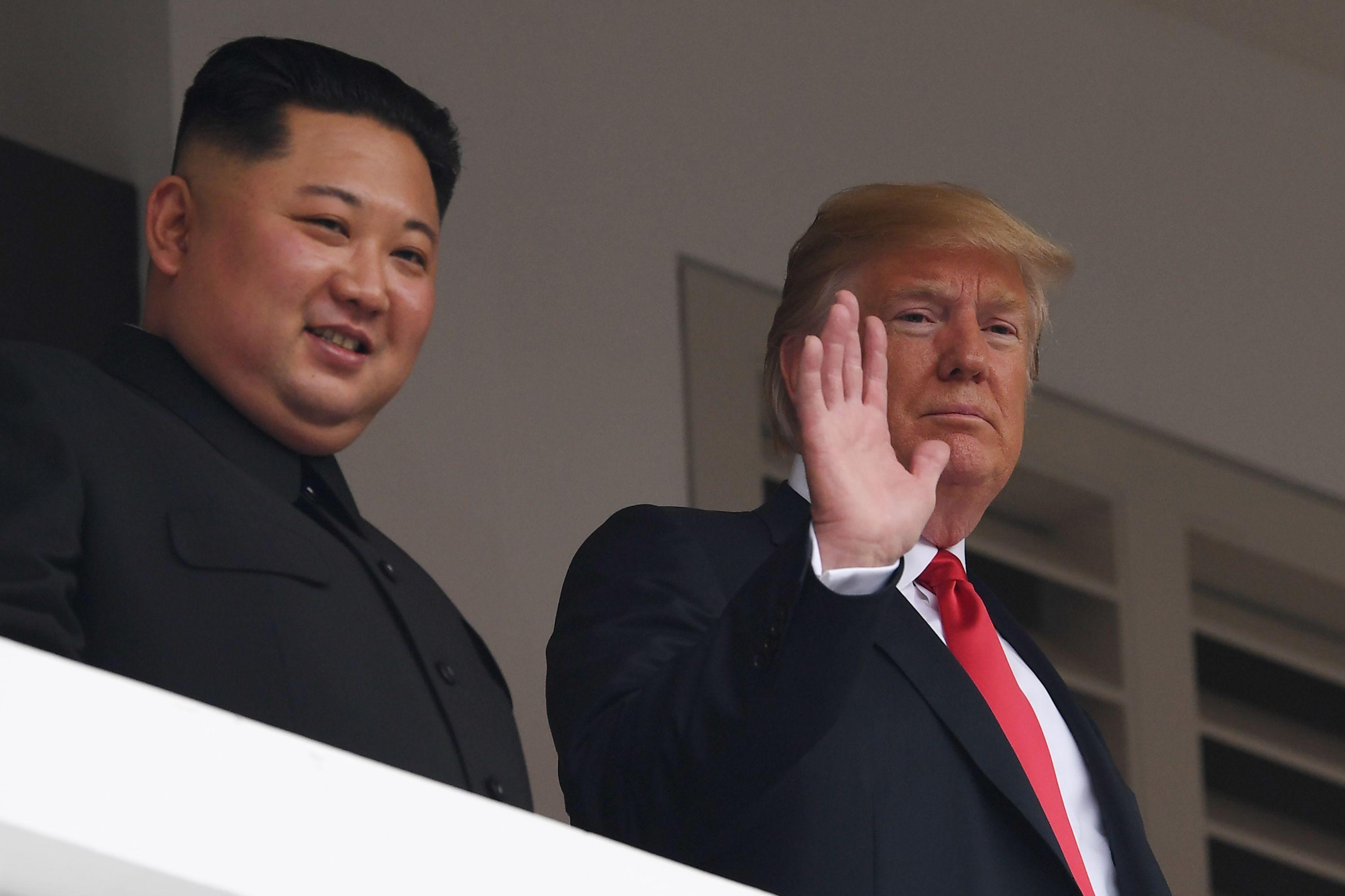 He claimed he got death threats for visiting the country, adding tearfully: "I said to everybody, the door will open.

"I had to hide out for 30 days, but I kept my head high, and I knew things were going to change…No more hatred."

The NBA superstar formed a bromance with the North Korea leader after a trip to the rogue nation back in 2013 and since then has been back to hang out with Kim four times.

Describing his relationship, which blossomed over a shared passion for basketball, Rodman told Good Morning Britain:  "I hang out with him all the time. 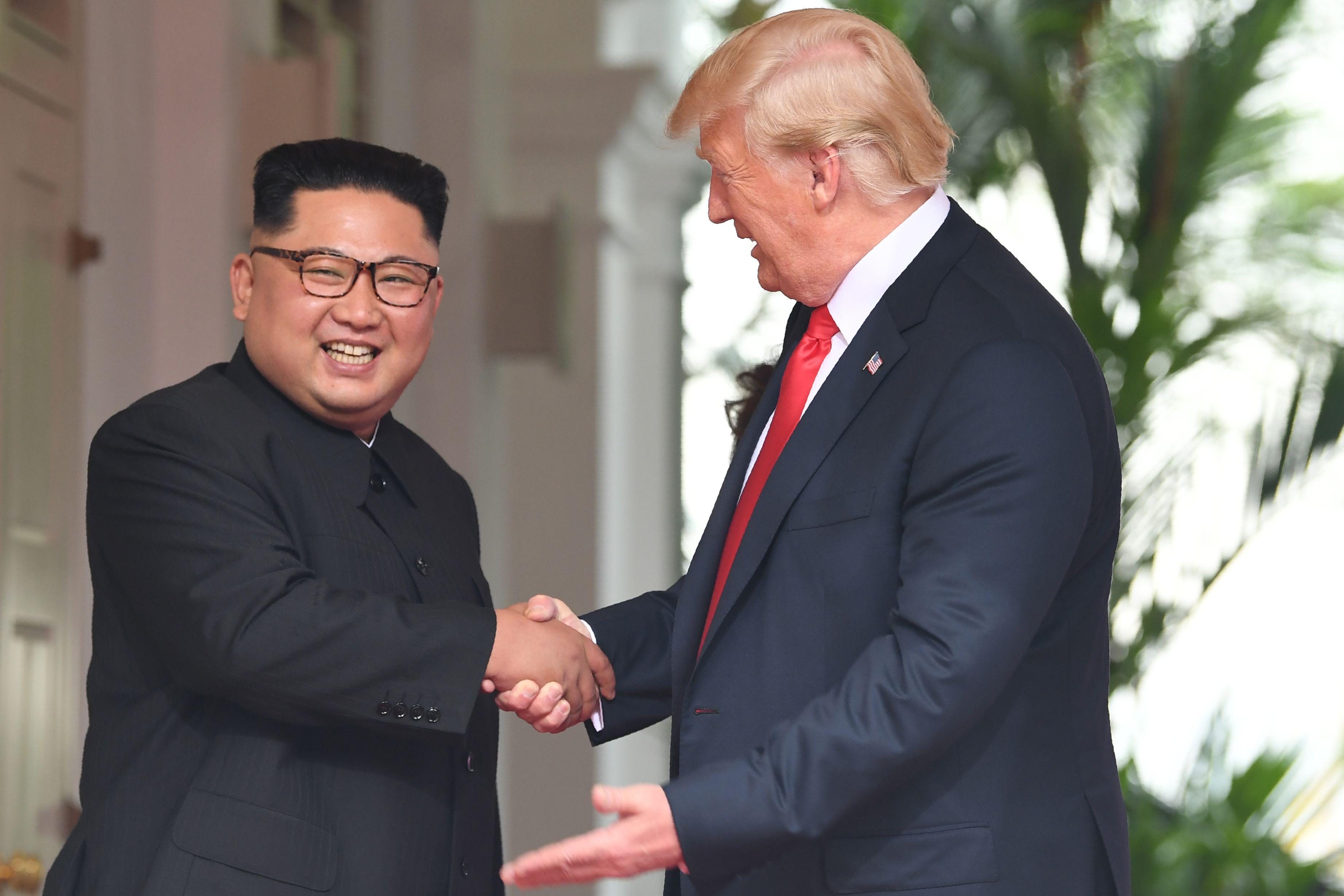 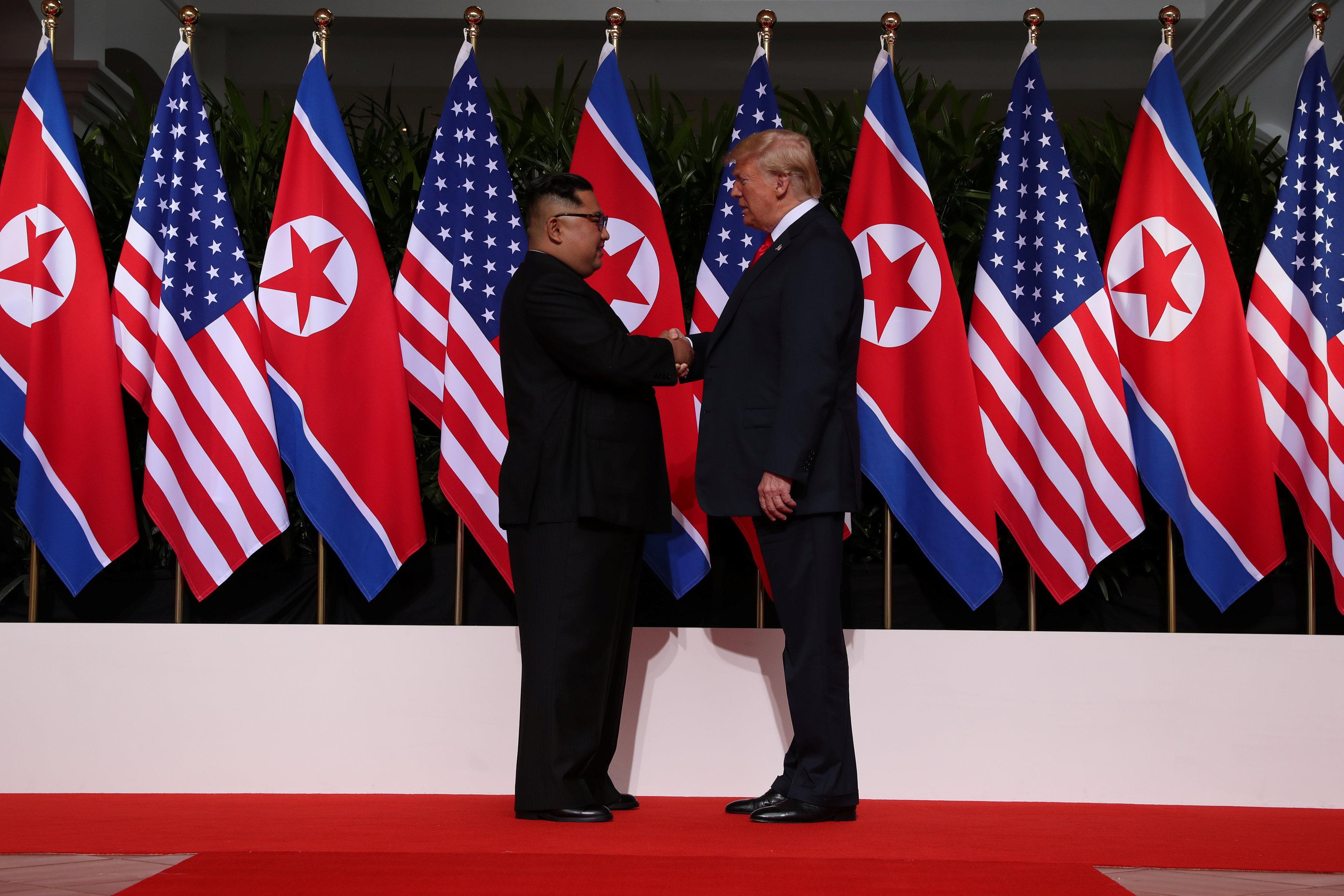 "We laugh, we sing karaoke, we do a lot of cool things together like skiing and riding horses."

Rodman is even responsible for the union between Trump and Kim, after giving the NK leader a copy of the President's book The Art od the Deal for his birthday last year.

Rodman said: “I think [Kim] didn’t realise who Donald Trump was at that time, I guess, until he started to read the book and started to get to understand him." 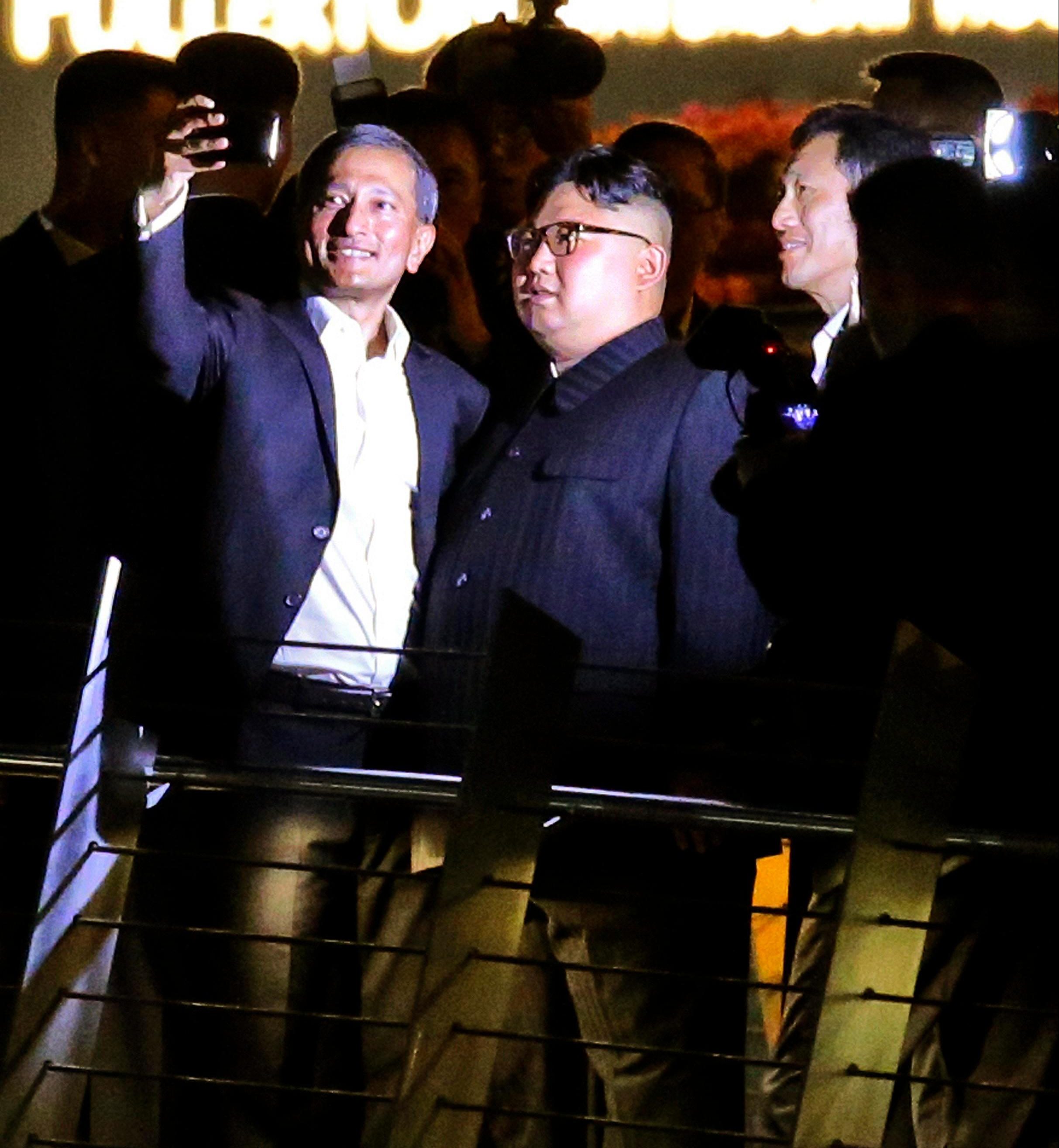 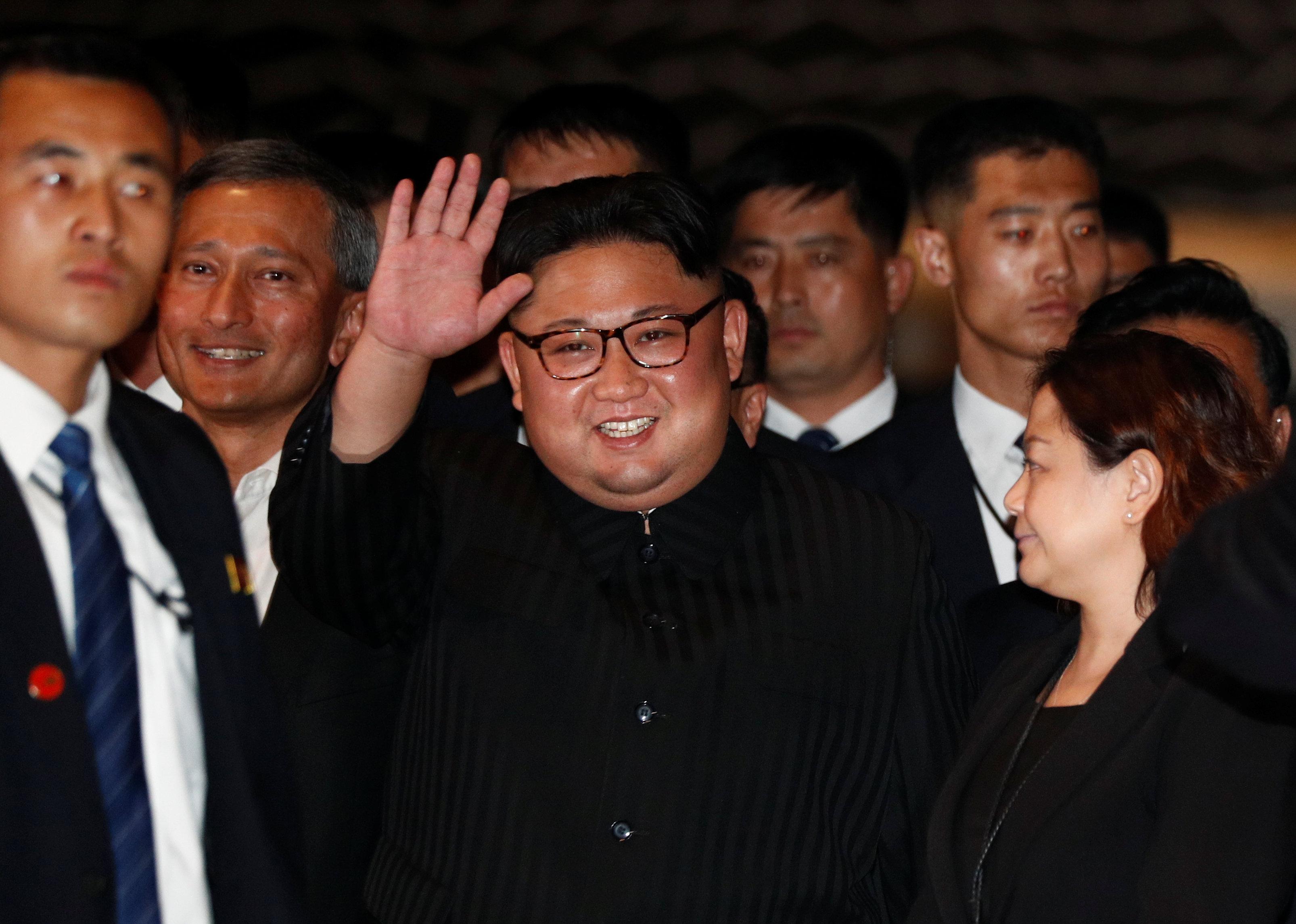 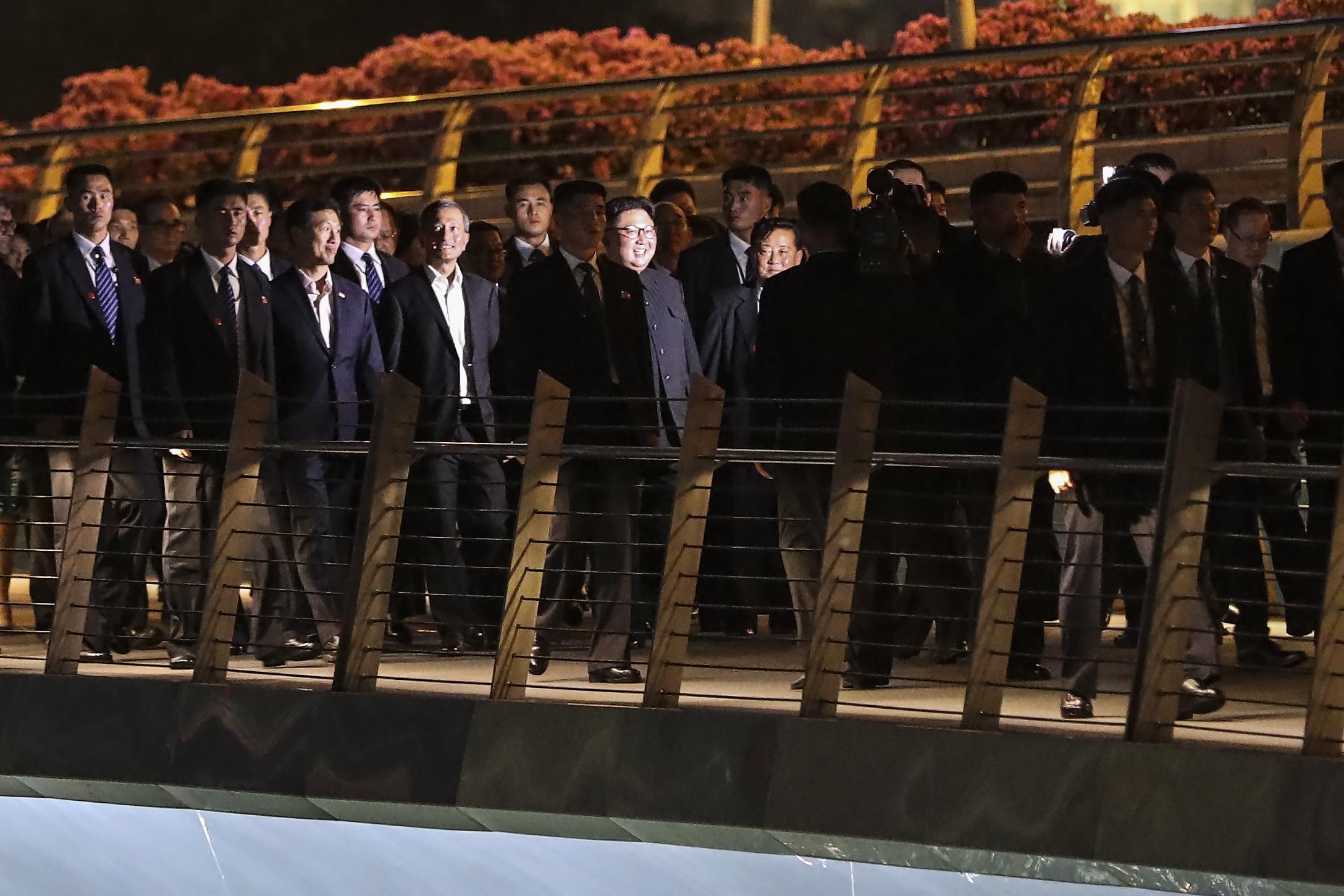 Trump and Kim Jong-un later shook hands as they met at the Singapore Summit.

Trump told reporters: "It is a tremendous honour, and I have no doubt we will have a terrific relationship."

He tipped the meeting to be "a success"

Kim Jong Un said, in Korean: “The old prejudices and practices worked as obstacles on our way forward, but we’ve overcome all of them, and we are here today". 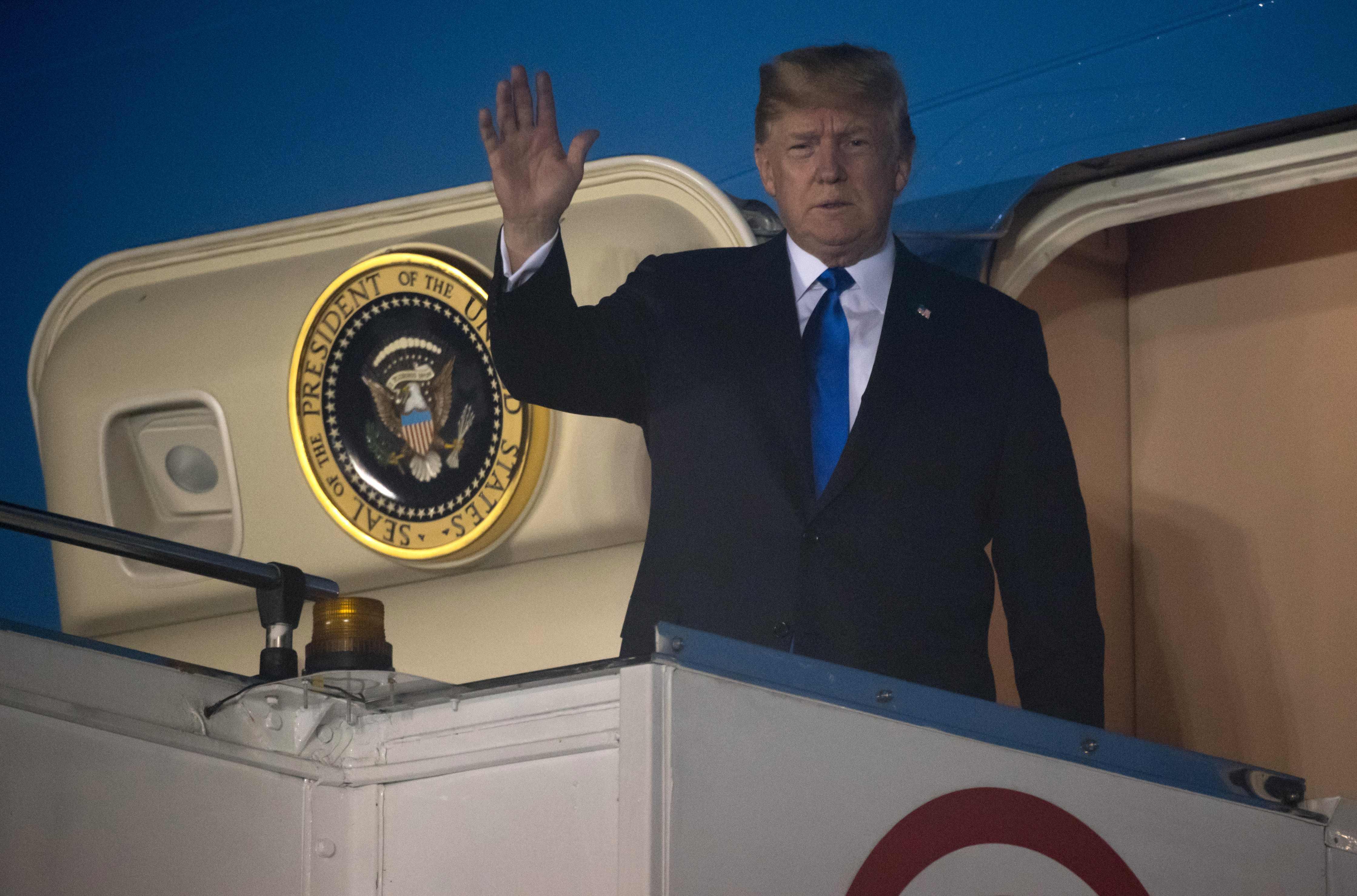 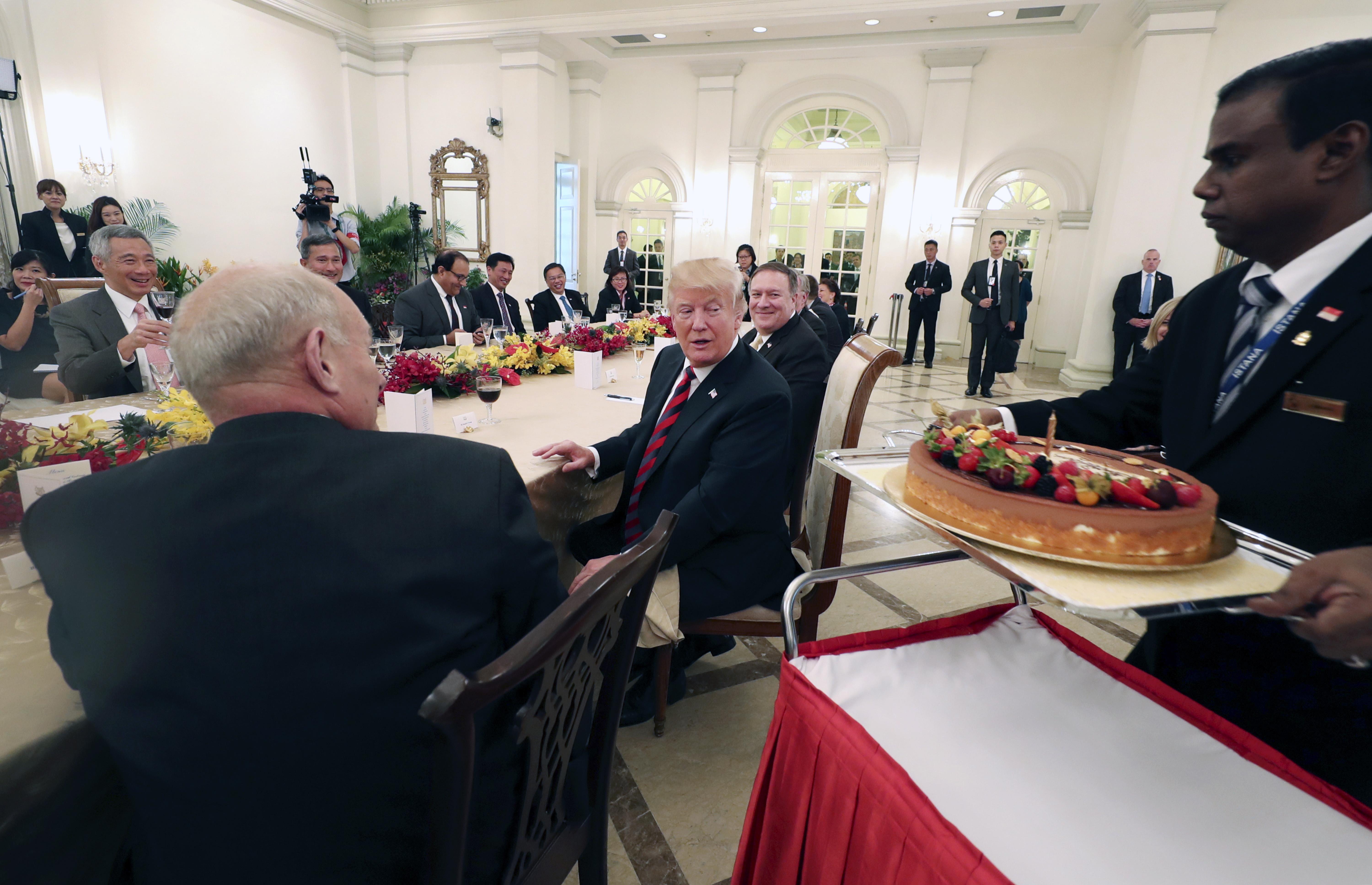 The pair are the first leaders of their nations to ever meet, despite throwing insults at one another just months earlier.

Trump emerged vowing they would "get business taken care of."

Kim told reporters: "Many people in the world will think of this as a form of fantasy from a science fiction movie." 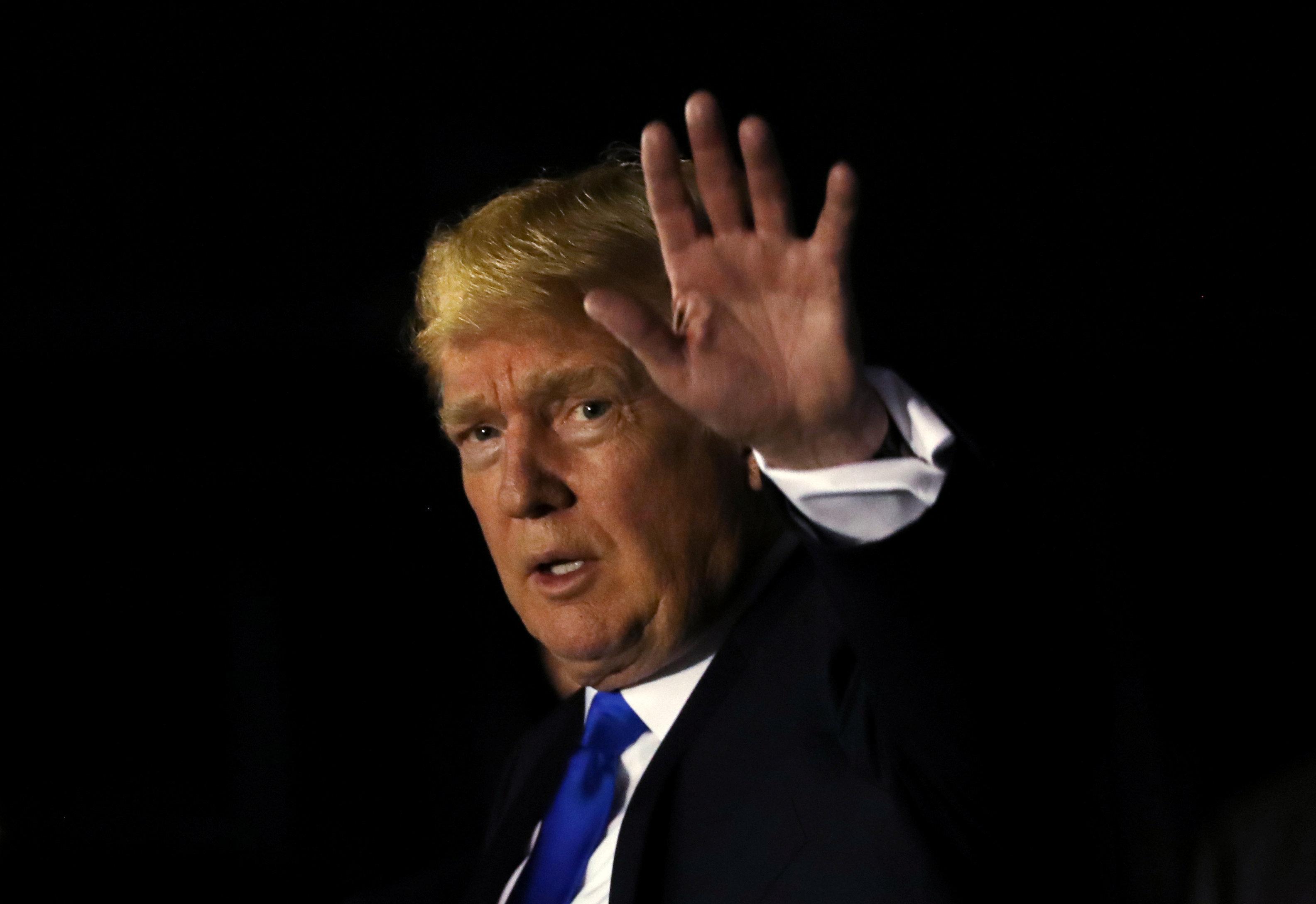 North Korean state media has said the meeting between the pair could herald the start of a new relationship between the two states.

The KCNA report noted the summit is being held "under the great attention and expectation of the whole world."

It also offered a list of talking points, saying Kim and Trump will exchange "wide-ranging and profound views" on establishing a new relationship, the issue of building a "permanent and durable peace mechanism" and realising the de-nuclearisation of the Korean Peninsula.

A second round of meetings are planned for the afternoon after an initial sit-down earlier in the day. 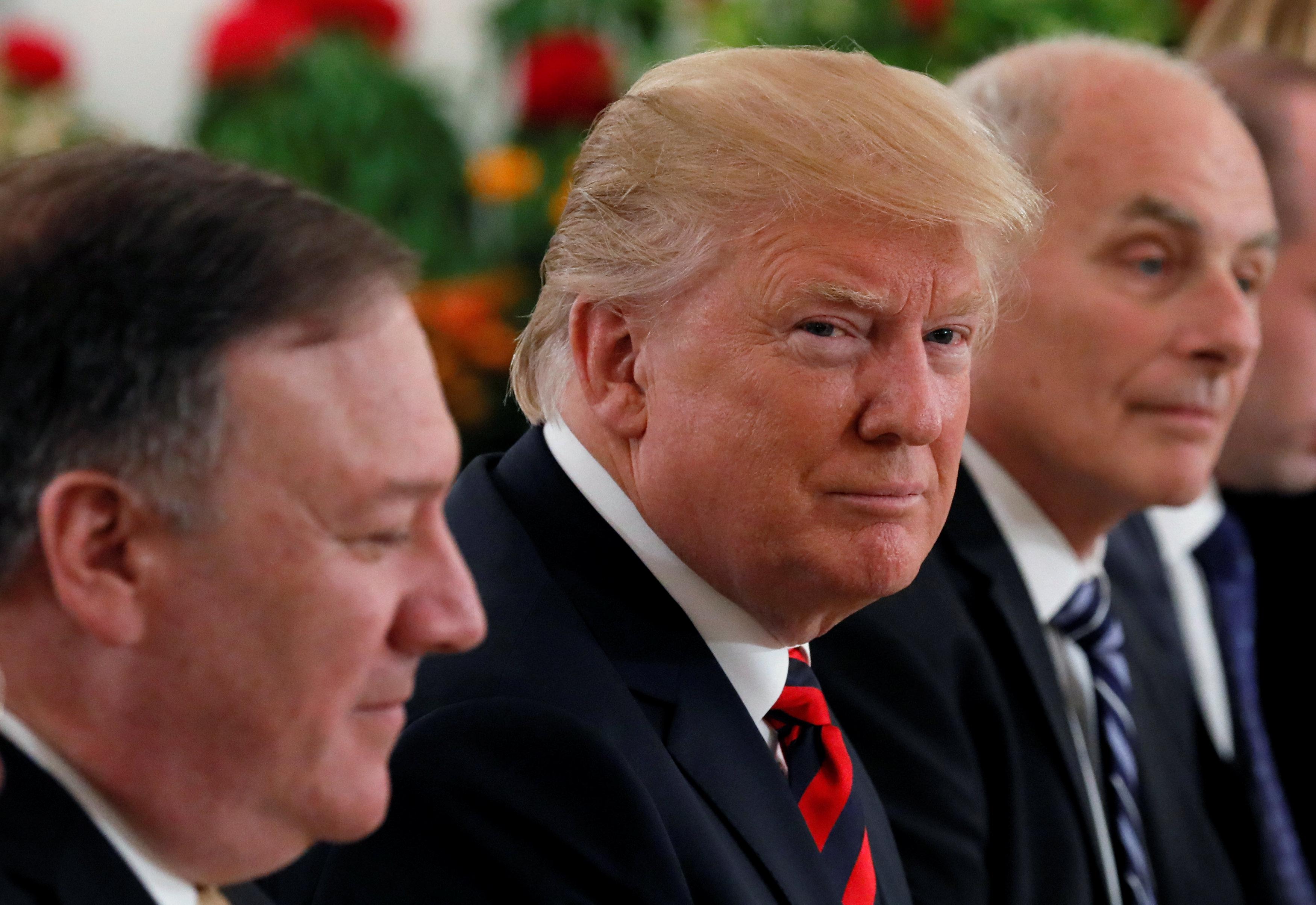 Paranoid Kim, who is reportedly terrified he will be assassinated while overseas, brought an army of bodyguards with him on his longest ever trip abroad as leader of the crackpot country.

He was welcomed at Singapore's Changi Airport, wearing his trademark Mao Suit with buttoned-up jacket, by Minister Balakrishnan. 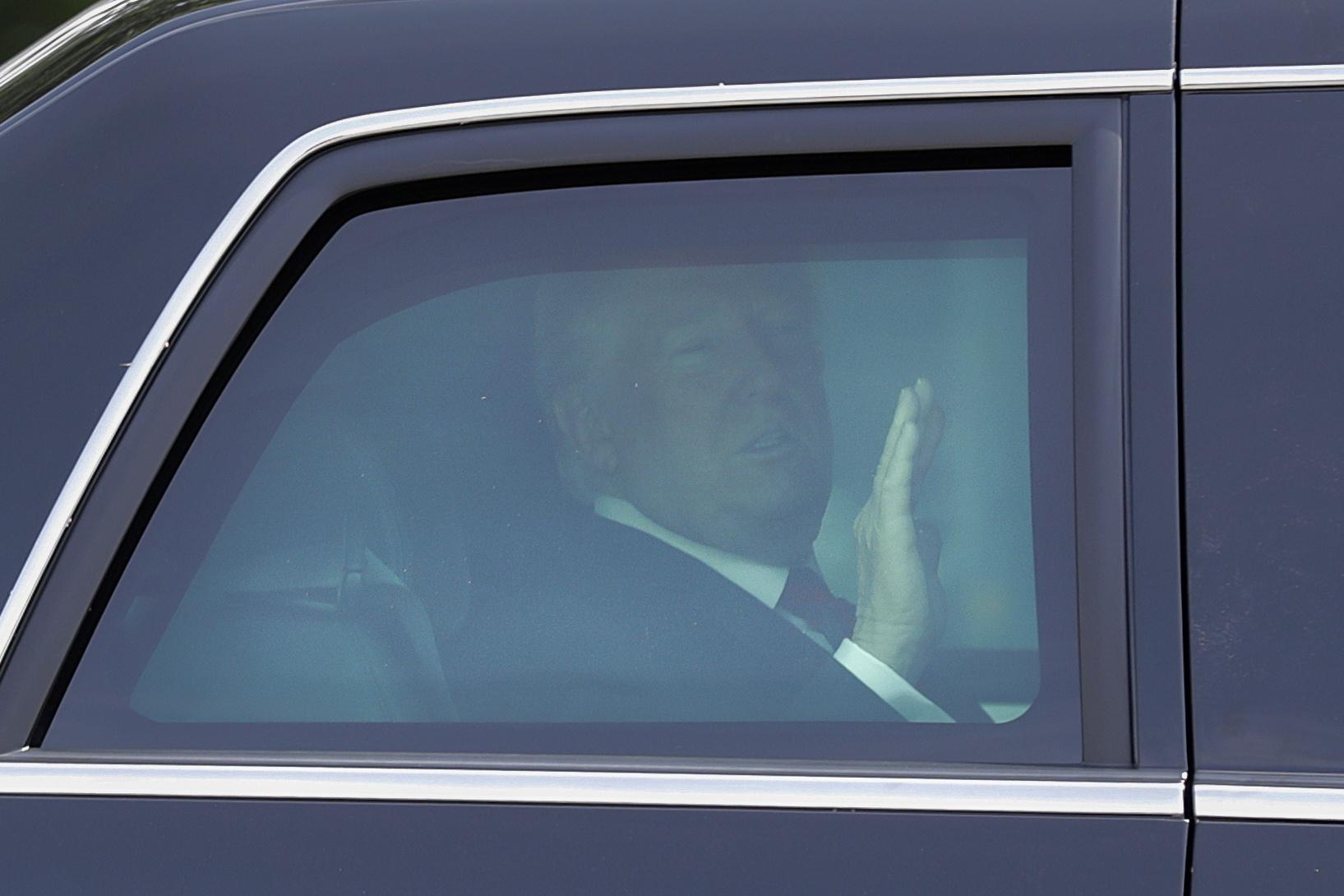 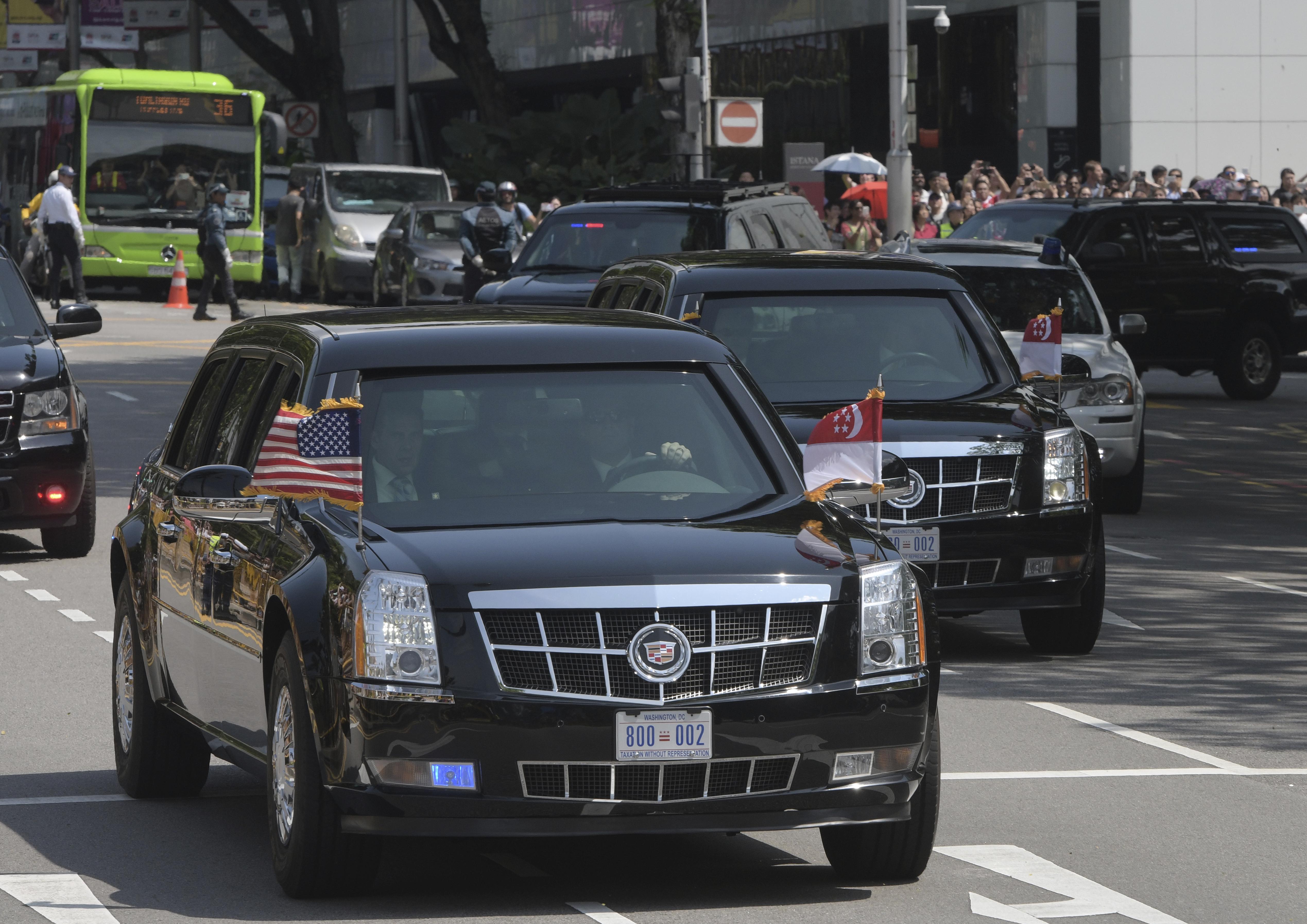 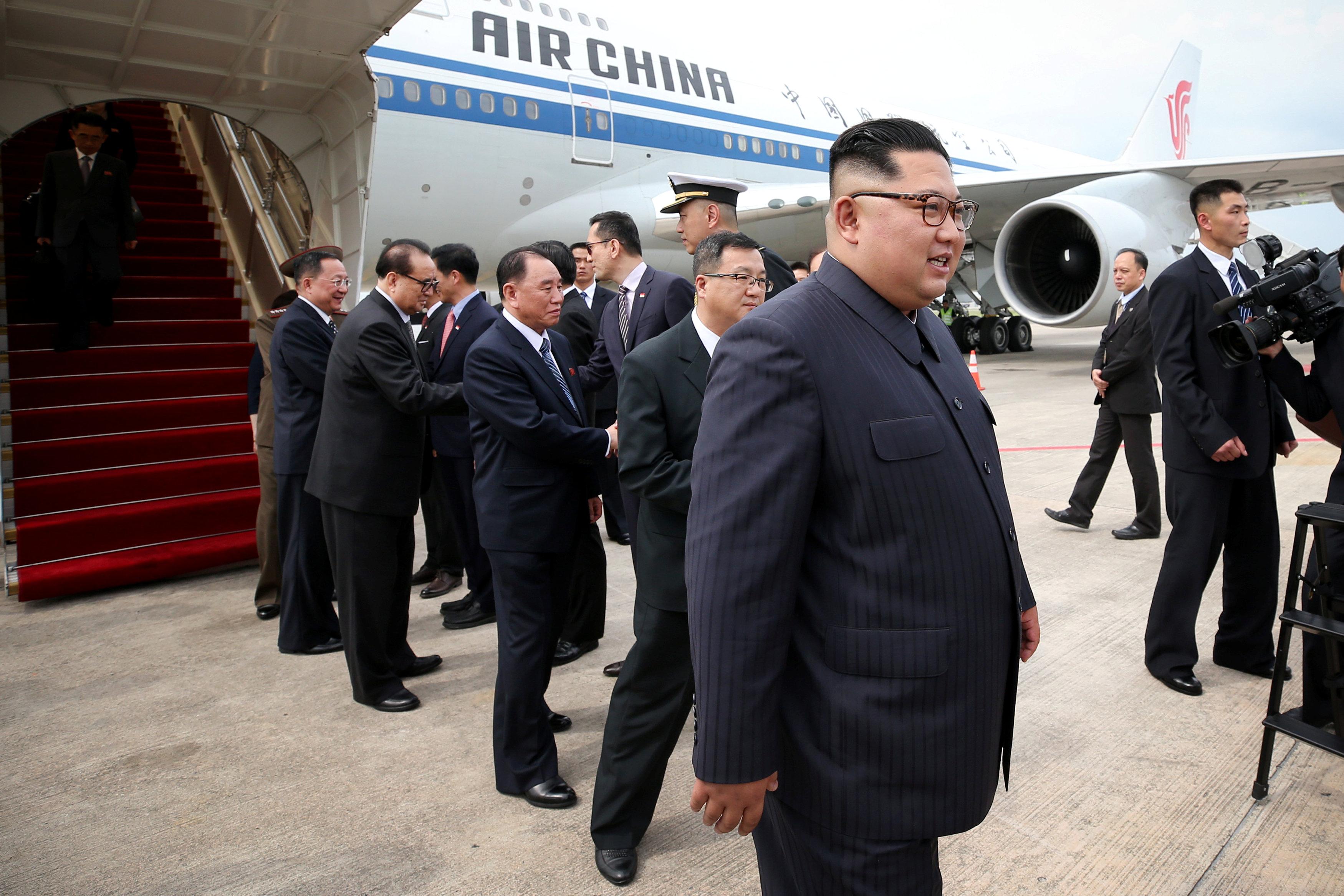 Kim is said to be “extremely worried” about being murdered while in Singapore.

Bloomberg cited two US officials close to the negotiations as saying Kim is concerned "about security at the summit and is fearful of assassination attempts".

The dictator, who does not have an air force to command, may be vulnerable to attack because he is travelling on a civilian airline, Business Insider reports.

A massive security team flanked the dictator’s limousine on his way to the St Regis Hotel where he will be a guest during the summit. 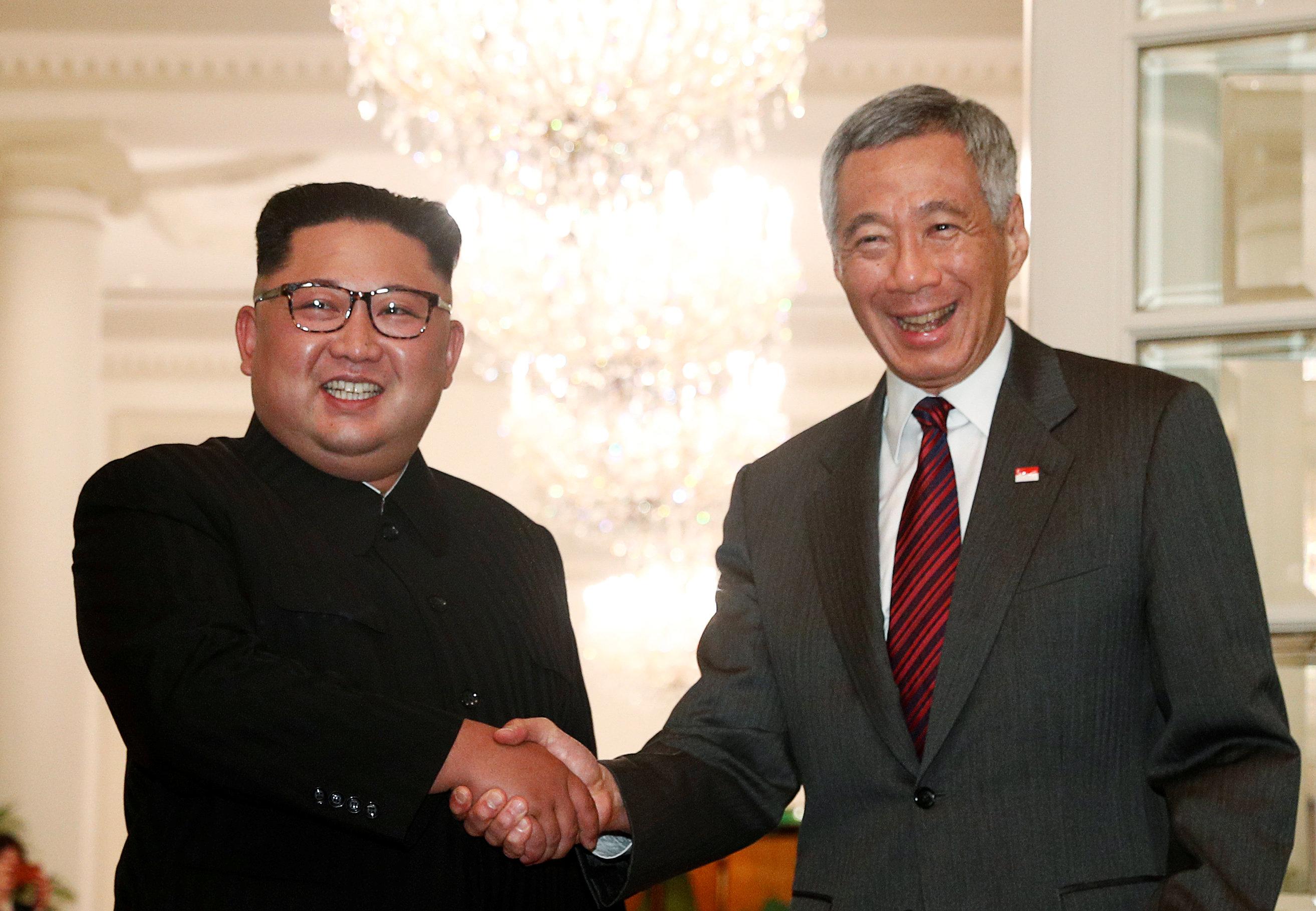 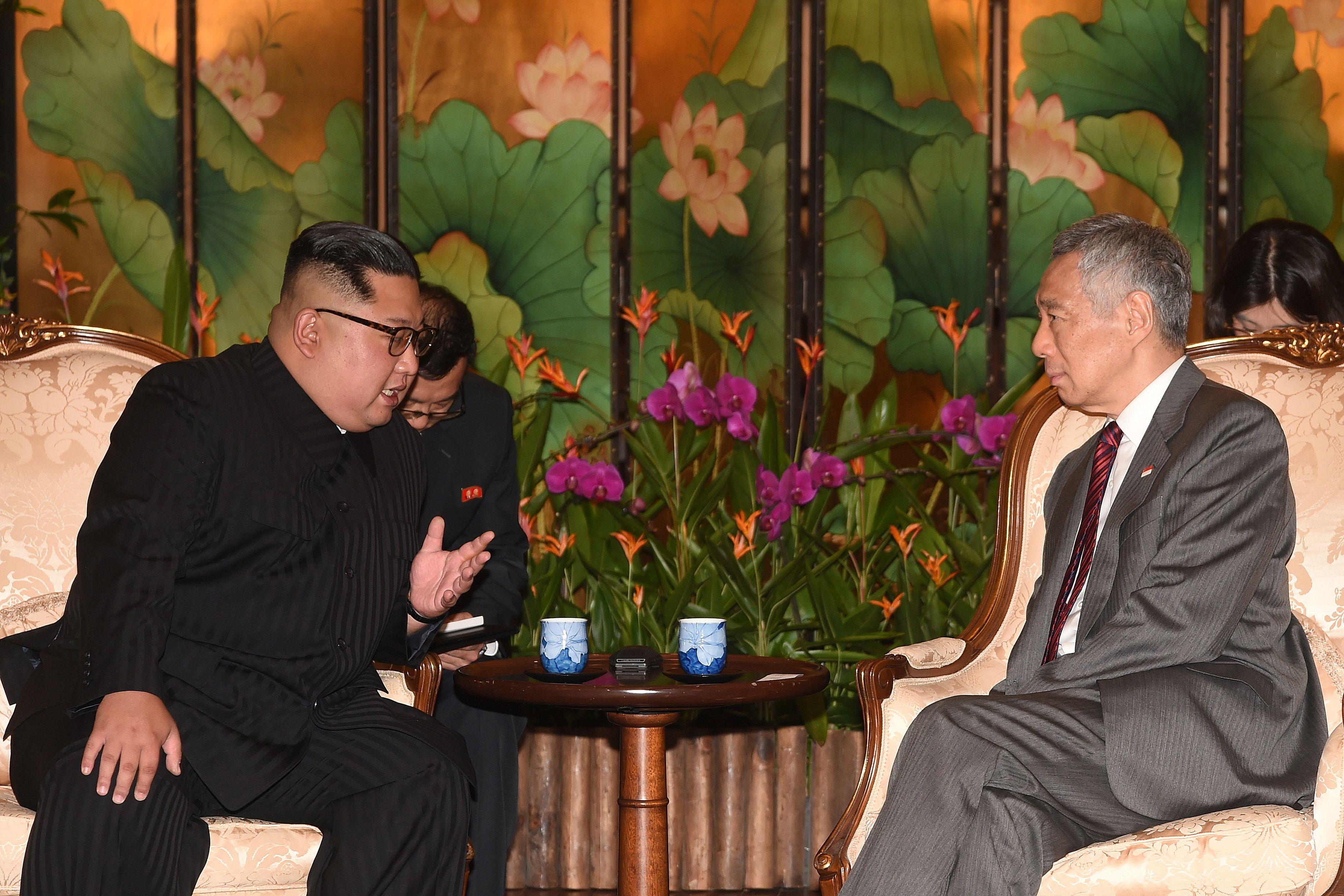 Kim's every move will be followed by 3,000 journalists who have converged on Singapore, and by gawkers around the world, up until he shakes hands with Trump on Tuesday.

He has only publicly left his country three times since taking power after his father's death in late 2011 – twice travelling to China and recently to the southern part of the Demilitarized Zone for talks with South Korean leader Moon Jae-in.

Advisers to each of the leaders will then be admitted to the meeting, a US official told the Associated Press.

The meeting was initially meant to rid North Korea of its nuclear weapons, but in recent weeks Trump has downplayed the significance of the talks insisting the summit is more of a get-to-know-you session.

Trump has also raised the possibility of further meetings and an agreement ending the Korean War by replacing the 1953 armistice with a peace treaty.