The US Supreme Court handed Trump one of the biggest victories of his presidency, and rejected the argument that it represented unconstitutional religious discrimination. 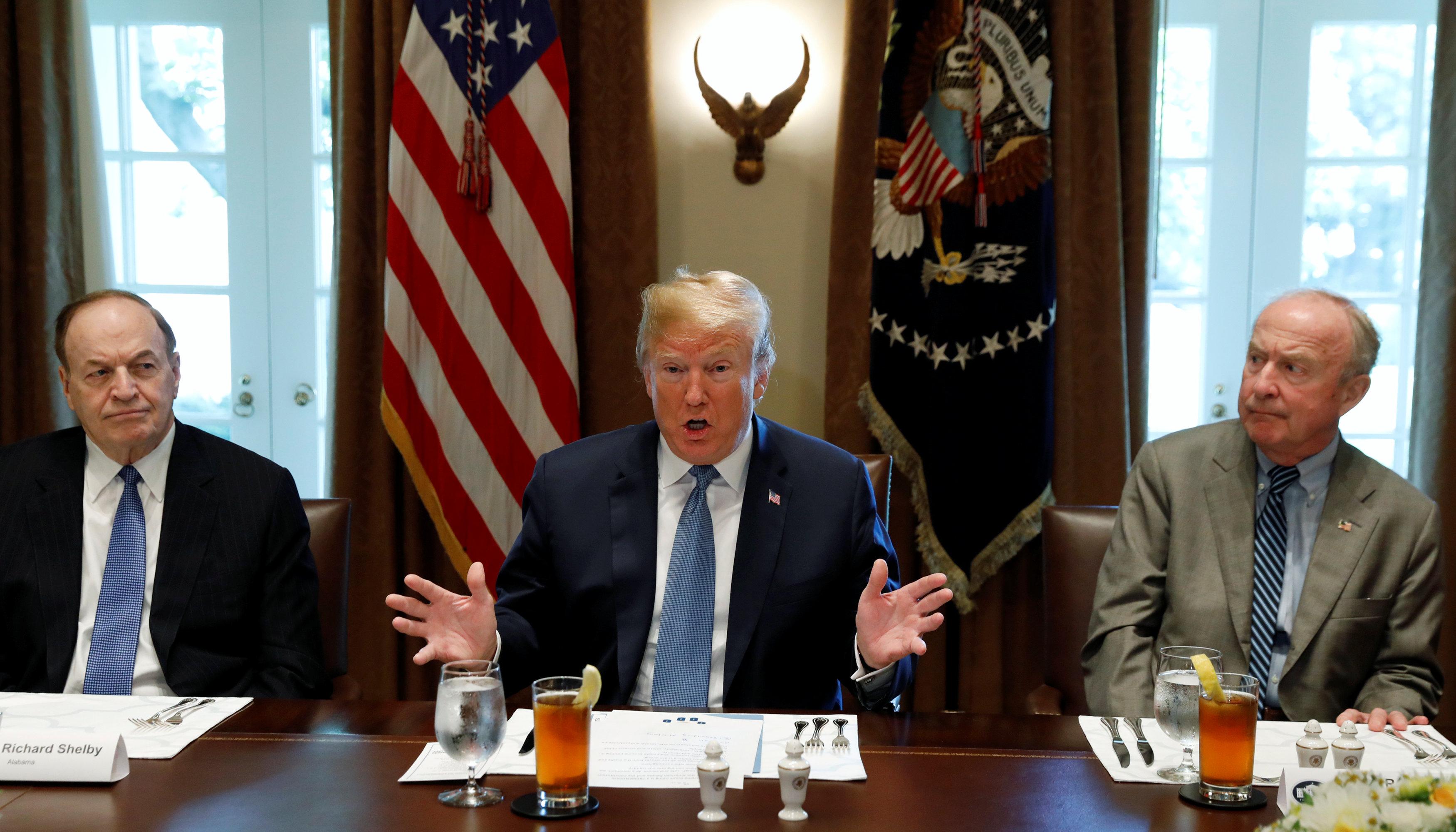 The 5-4 ruling ended a fierce fight in the courts over whether the travel ban policy amounted to an unlawful Muslim ban – while also confirming the broad presidential powers over immigration and national security policy.

Trump quickly claimed "profound vindication" following the ruling, after lower courts previously blocked his travel ban, as well as two prior versions, in legal challenges brought by the state of Hawaii and others.

In remarks at the White House, Trump hailed "a tremendous victory for the American people and for our Constitution." 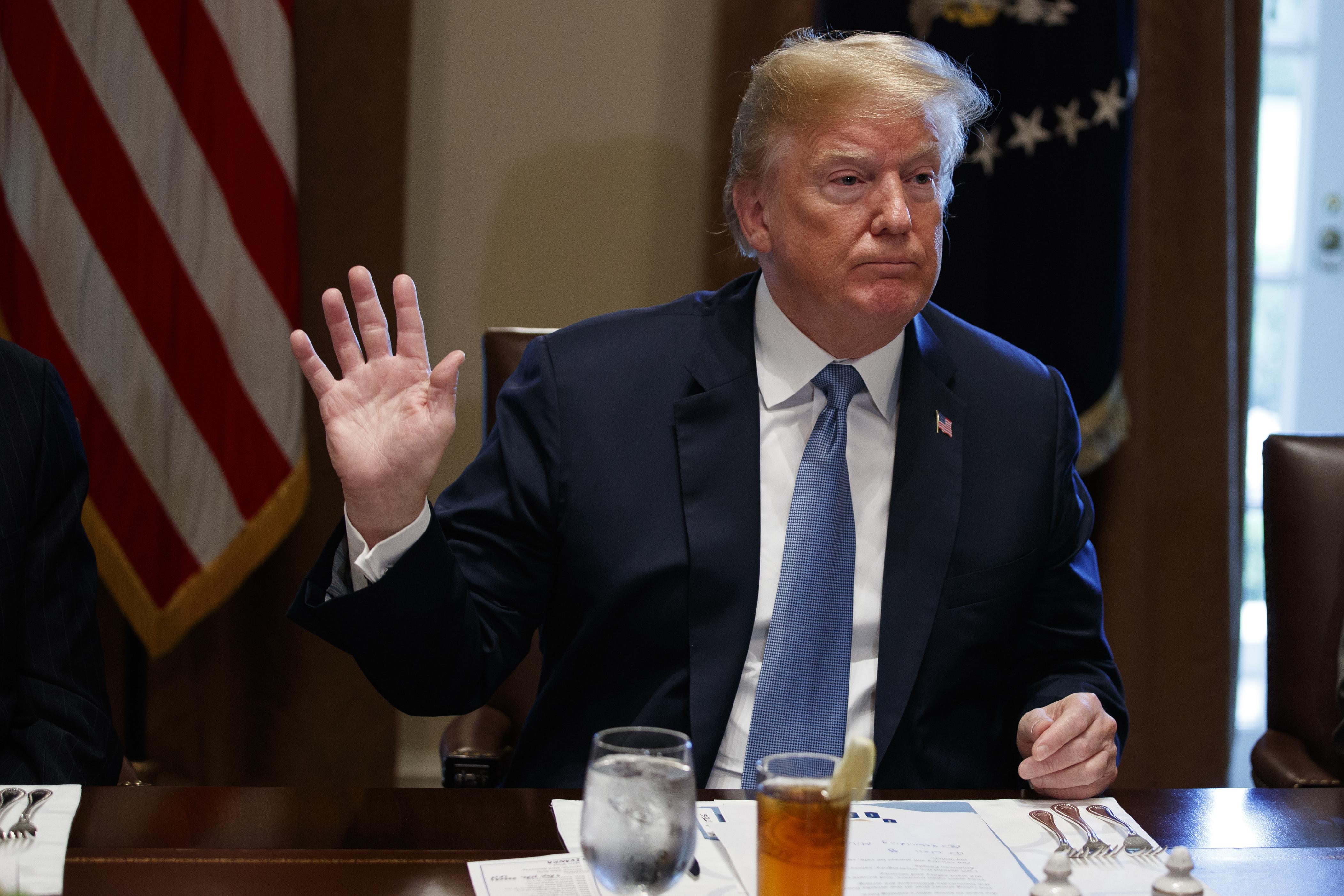 He called the travel ban necessary to protect the United States against attacks by Islamic militants.

The court held that the challengers had failed to show that the travel ban violated either US immigration law or the U.S. Constitution's First Amendment prohibition on the government favoring one religion over another.

Writing for the court, Chief Justice John Roberts said that Trump's administration "has set forth a sufficient national security justification" to prevail.

"We express no view on the soundness of the policy," Roberts added.

The ban prohibits entry into the United States of most people from Iran, Libya, Somalia, Syria and Yemen.

Senator Bob Menendez, the top Democrat on the Senate Foreign Relations Committee, said: "Despite today's ruling, turning away those fleeing horrific violence and persecution or to discriminate against people based on nationality and religion continues to be as un-American as ever."

The ruling affirmed broad presidential discretion over who is allowed to enter the United States, meaning Trump could potentially add more countries to the ban. 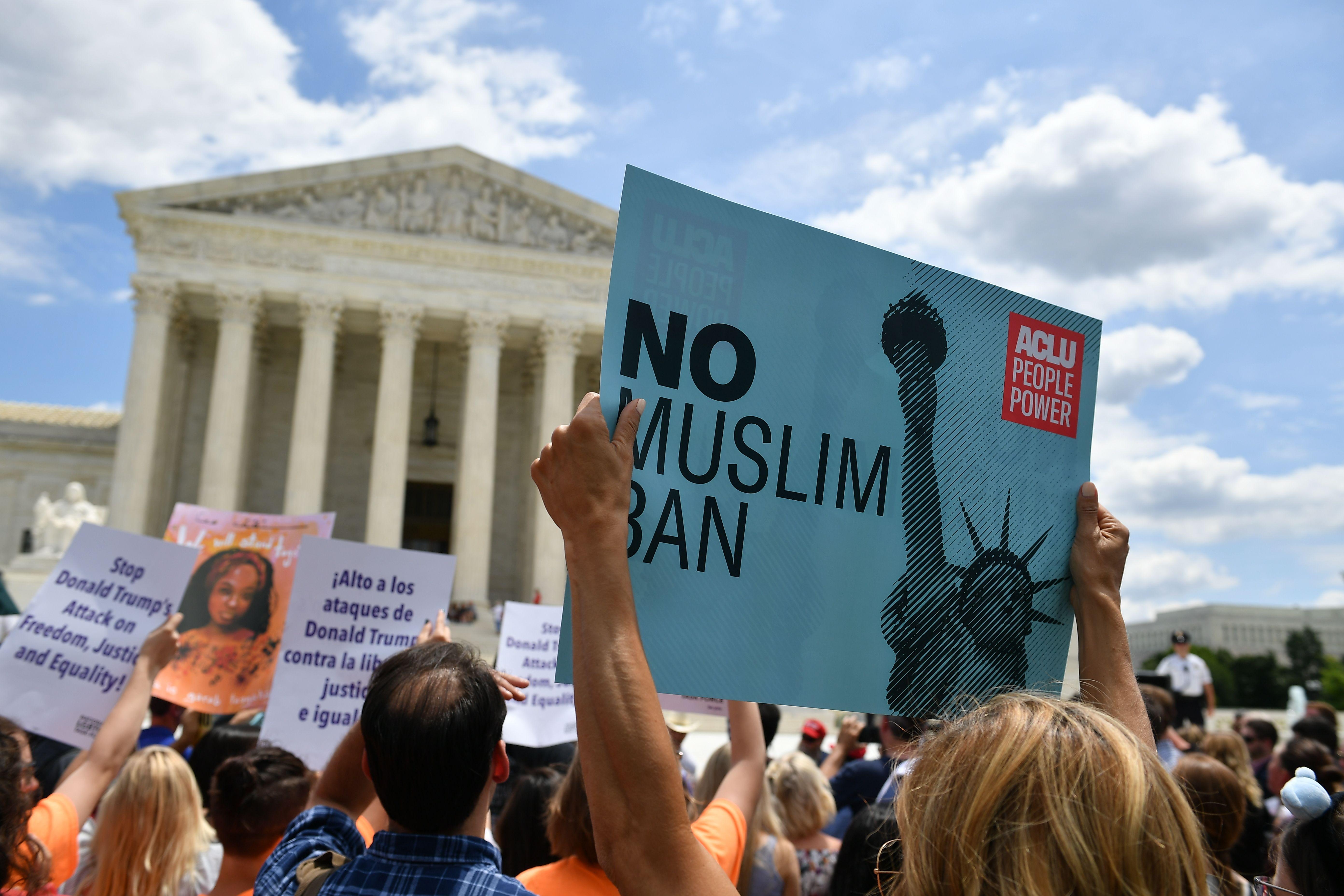 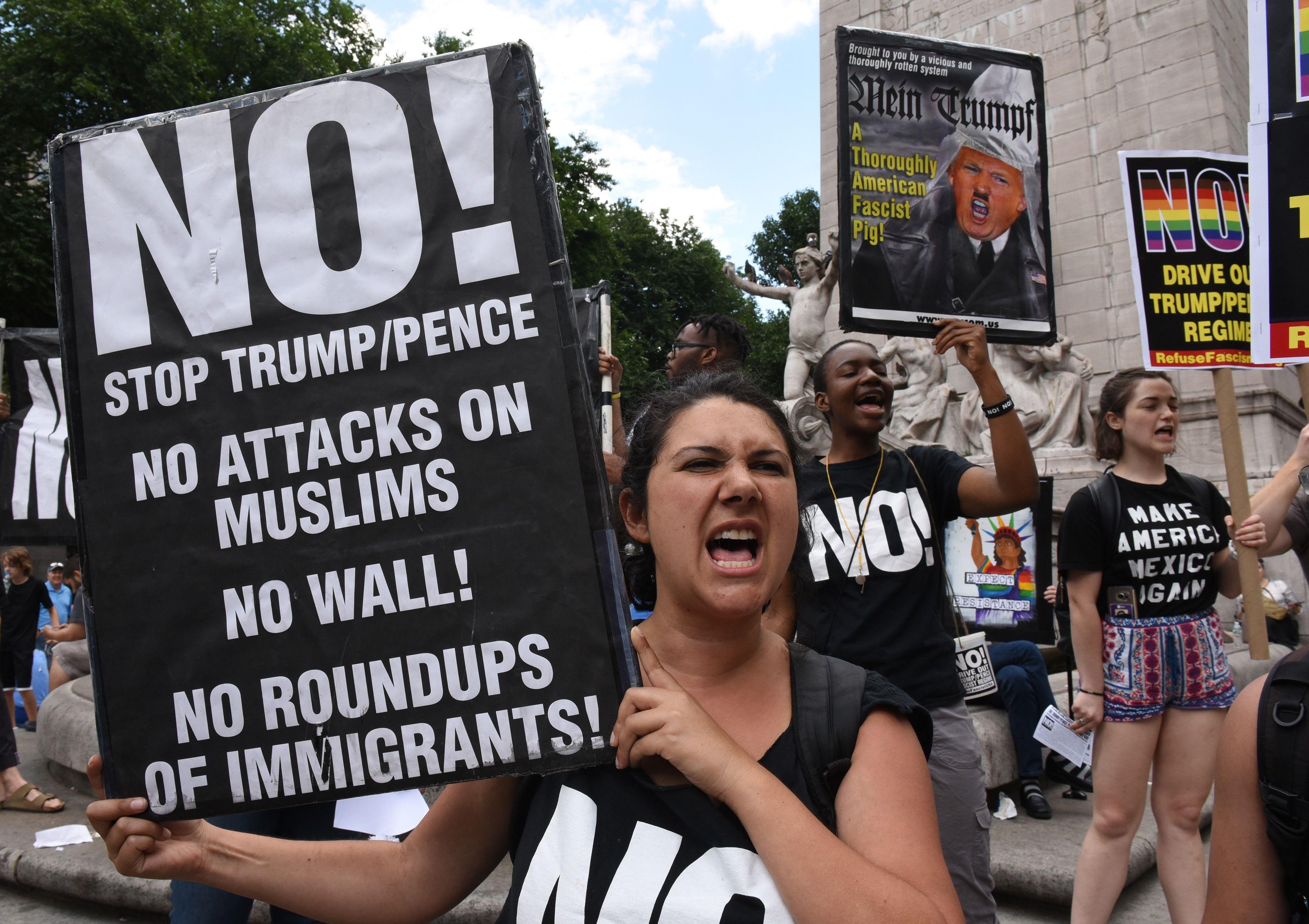 In a dissent she read in the courtroom, liberal Justice Sonia Sotomayor cited "stark parallels" with the court's now-discredited 1944 decision that upheld US internment of Japanese-Americans during World War Two. Sotomayor also described various statements Trump made on the campaign trail.

"Taking all the evidence together, a reasonable observer would conclude that the proclamation was driven primarily by anti-Muslim animus," Sotomayor added.

In the ruling, Roberts officially repudiated the 1944 internment decision and rejected any comparison between the cases, saying that the war-era practice was "objectively unlawful and outside the scope of presidential authority."

Roberts said it was "wholly inapt to liken that morally repugnant order to a facial neutral policy denying certain foreign nationals the privilege of admission."

Chad initially was on the list of countries targeted by Trump that was announced in September, but he removed it on April 10. Iraq and Sudan were on earlier versions of the ban. Venezuela and North Korea also were targeted in the current policy. Those restrictions were not challenged in court. 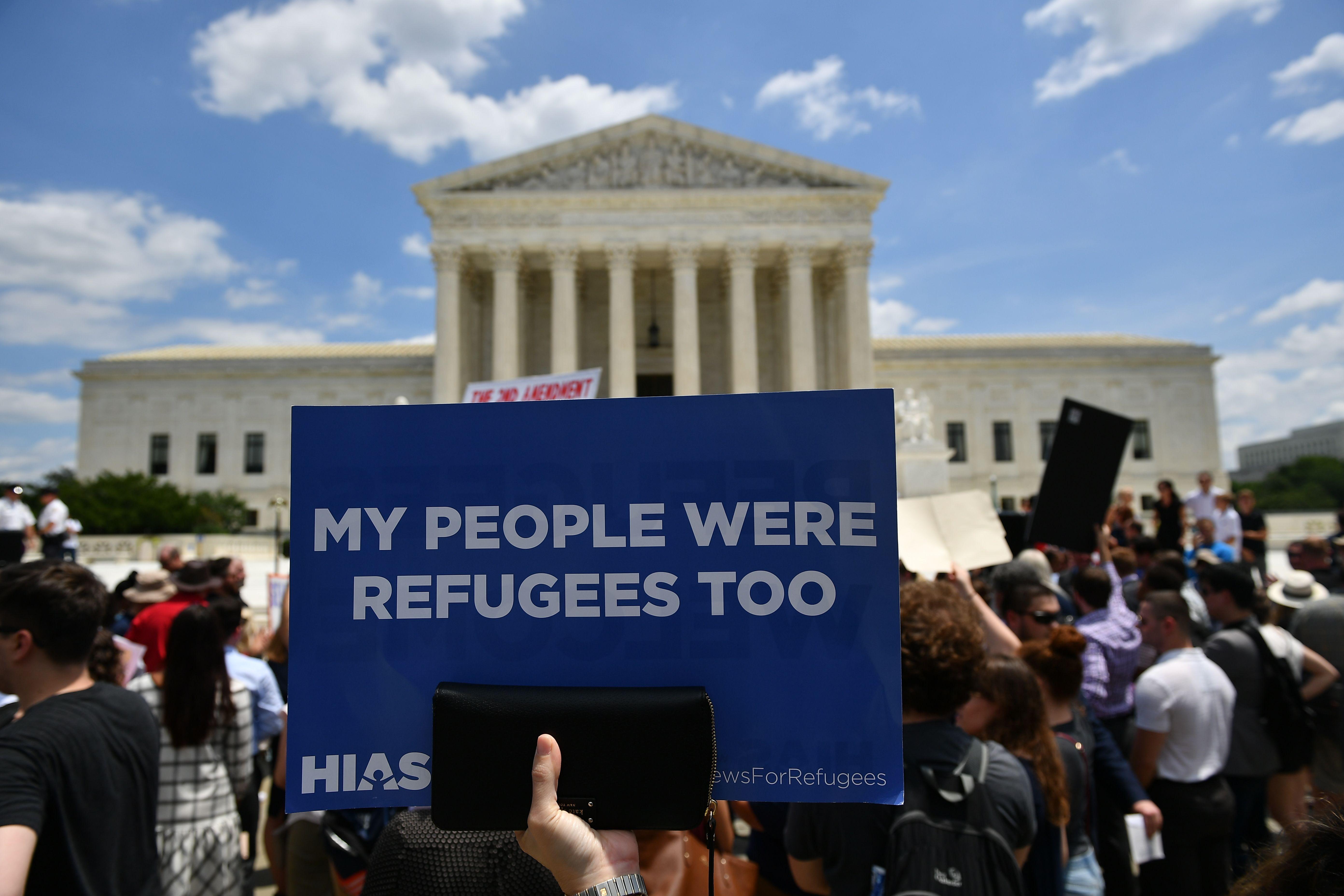 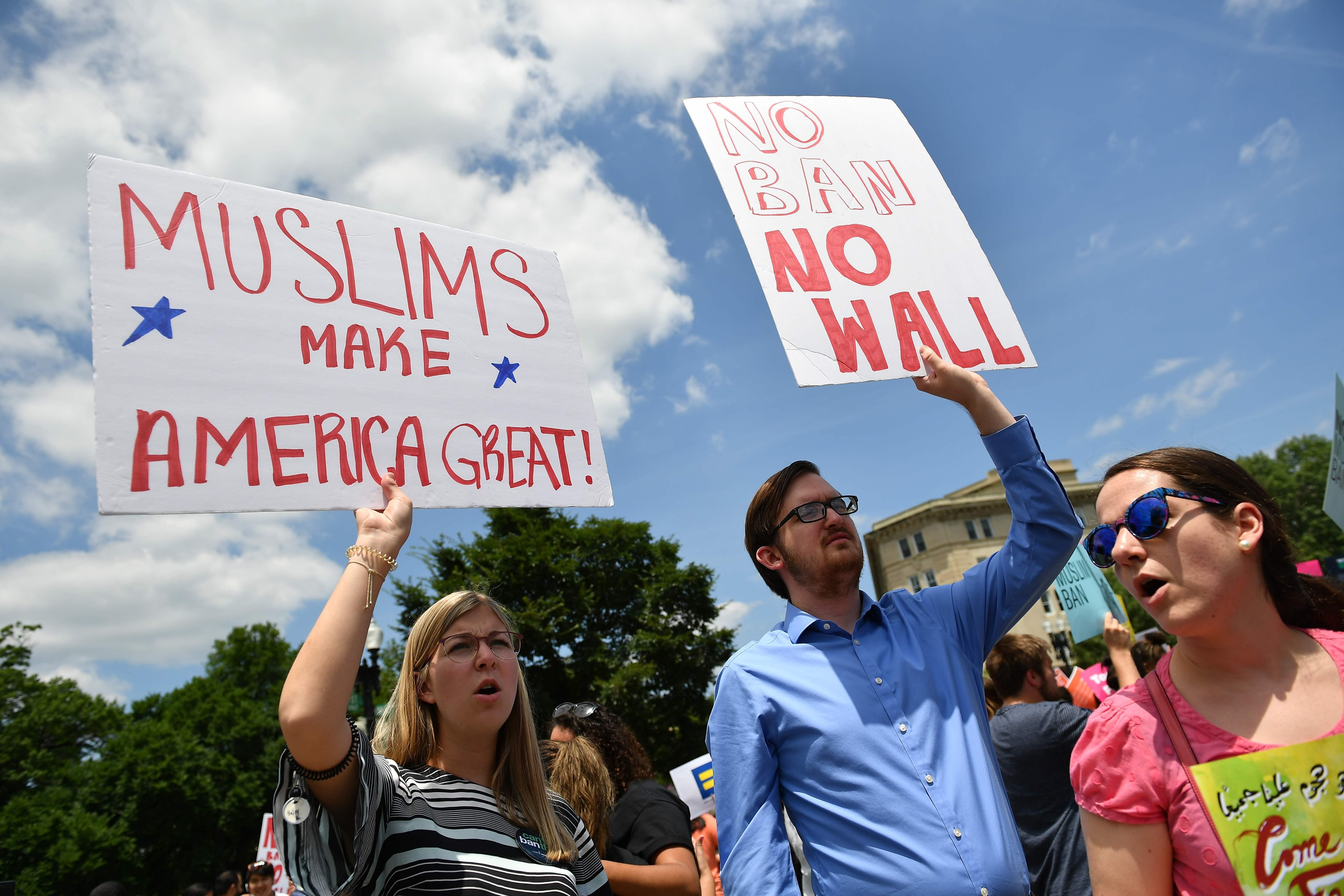 What countries are affected in Trump's travel ban and what are the visa requirements?

TRUMP's travel ban policy originally involved travellers from Chad, Iraq, Iran, Libya, Somalia, Syria and Yemen, but Chad and Iraq were removed from the original list after the US decided both nations had improved their practices and relationship with the US.

In relation to the visa criteria for people coming in from Trump's travel ban countries, visas that had already been approved would not be revoked but the state department said they must prove a relationship with a parent, spouse, child, adult son or daughter, son-in-law, daughter-in-law or sibling already in the US in order to be eligible.

Grandparents, grandchildren, aunts, uncles, nieces, nephews, cousins, brothers-in-law and sisters-in-law, fiancees or other extended family members were originally not considered to be close relationships and so fell under the ban.

But the Supreme Court has since temporarily revised guidelines and said the controversial travel ban cannot be applied to grandparents and other close relatives of people living in the United States for now.

Business or professional links must be shown to be "formal, documented and formed in the ordinary course rather than for the purpose of evading" the ban, the State Department said, adding that a worker who accepted an offer of employment from a company in the United States or a lecturer invited to address an audience in the United States would be exempt from the rules.

Exemptions may also be granted if the applicant is an infant, adopted child, or in need of urgent medical care.

The challengers had argued that the policy was motivated by Trump's enmity toward Muslims and urged courts to take into account his inflammatory comments during the 2016 presidential campaign.

During his campaign, Trump called for "a total and complete shutdown of Muslims entering the United States."

The ruling, denounced by civil rights groups and Democrats as well as protesters outside the courthouse, empowered Trump amidst the controversy over his approach toward illegal immigration along the US -Mexican border.

Trump last week retreated on his administration's practice of separating the children of immigrants from their parents when families were detained illegally entering the United States.