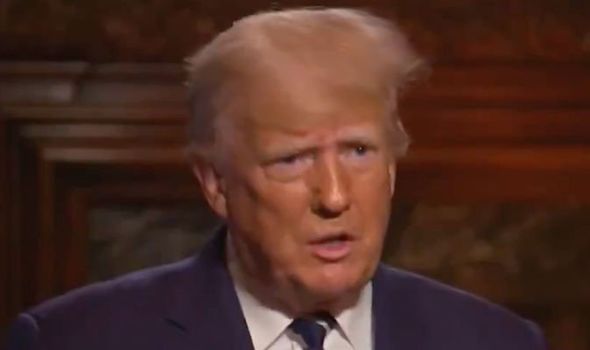 The former US President appeared on Fox News with Sean Hannity and was asked whether he would consider a 2024 run. Mr Trump lost the 2020 election to Democrat Joe Biden, and has repeatedly claimed the contest was “rigged” without evidence.

Mr Hannity asked the former President whether he could make a run for office again in 2024, which Mr Trump admitted he was considering.

He first blasted Mr Biden’s time in office so far, and said: “There’s more popularity (for himself) now then there was the day before the election because they see how bad things are at the border, they see what’s going on.

Mr Trump then added: “So I say this, I am looking at it very seriously — beyond seriously.

“From a legal standpoint, I don’t really want to talk about it yet. It’s a little too soon.” 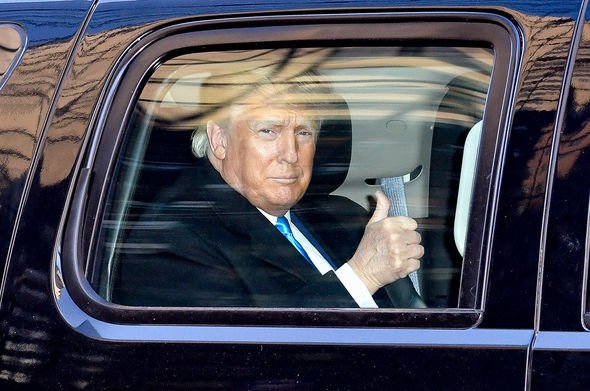 Also in the Fox News interview, Mr Trump called on the Republican Party to run on his ‘Make America Great Again’ agenda if they want to retake Congress in 2022.

When asked by Mr Hannity whether Republican senators running for election should embrace his platform, the former President said: “If they want to win, yes.”

Touting a surge in Latin American votes for his part, Mr Trump then told Mr Hannity: “[At] the Texas border, we have the biggest Hispanic vote since — as the governor said to me… since Reconstruction.