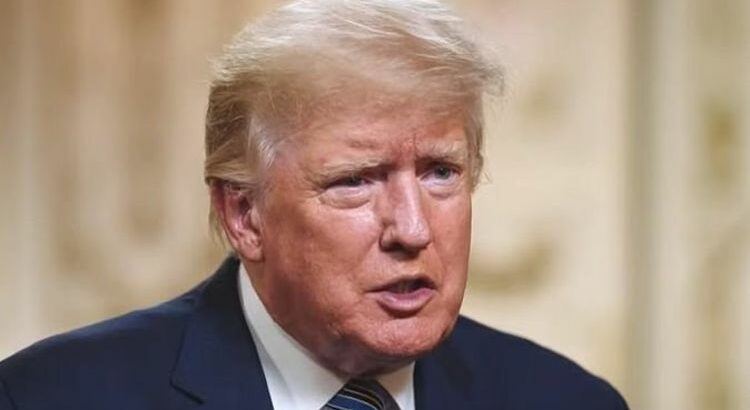 Trump says Biden has done a 'terrible job' with vaccines

The former US president was a guest of Fox News’s ‘Fox & Friends’ show during which he slammed President Joe Biden’s handling of the coronavirus pandemic. Donald Trump took credit for launching America’s vaccine programme during his last term as president. He went on to rubbish attempts by the Biden administration to encourage Americans to take up the offer of a jab.

Mr Trump told Fox News: “Well, [Biden]has done a terrible job just like he did with the H1N1.

“He has done just a absolutely terrible job getting it out and getting people to take it.

“I mean people just don’t want to take it and the vaccines have been, I have to be very proud of the vaccines.

“We did it in less than nine months.

“They work incredibly well,” he continued.

“Some people don’t want to take them and that’s their freedom and that’s what we have to do.

Donald Trump will 'stroll back into' White House says expert

“We had none of that everybody was fighting to take them, and we were doing great.”

“We were doing really great on distribution,” added Mr Trump.

“We also bought billions of dollars worth before we knew it was going to be successful, which saved us one year.

“So many things we did right and what they’re doing is very sad when you look at what’s happening.”

“But more people died during this year than last year by a very substantial margin and sadly this year is not up.”

Mr Trump has also slammed the Biden administration over the US withdrawal from Afghanistan.

Trump sat down with GB News presenter Nigel Farage on Wednesday for a bombshell interview in which the former president attacked the record of the Biden White House.

The former US president branded the decision to pull US troops out of Afghanistan as the “most embarrassing moment in our history.”