King Mohammed VI of Morocco was seen with his eyes closed as Macron honoured the soldiers who died during WWI in a video clip posted to Reddit yesterday.

The US President, who was seated two spaces away from the royal, looked unimpressed as he looked past his wife Melania.

Yesterday’s ceremony marked 100 years since the Armistice happened at the Tomb of the Unknown Soldier in front of the Arc de Triomphe in Paris.

Trump was seated between Melania and Germany’s chancellor Angela Merkel as Macron also spoke about the dangers of nationalism.

Macron said the "ancient demons" that caused World War I and millions of deaths are growing stronger. 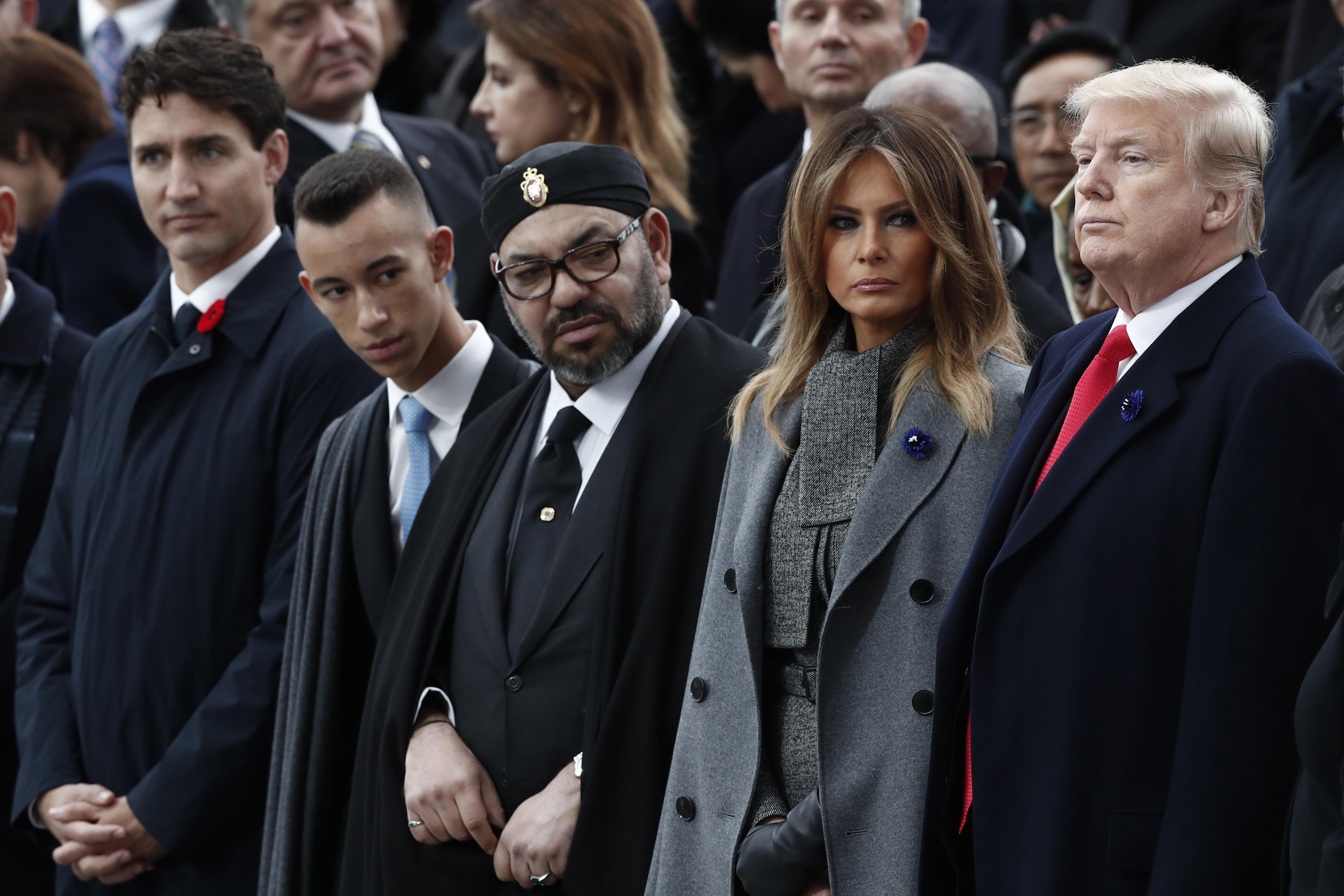 He said: "Patriotism is the opposite of nationalism. Nationalism is treason, if we think our interest may only come first and we don't care for others, it is treason of our values. A betrayal of all moral values, we must remember this.

"The lessons of the Great War cannot be of vengeance nor forgetting the past. We must think of the future and preserve that which is essential."

The comments appeared to be directly targeting Trump as he recently proudly declared himself a nationalist. 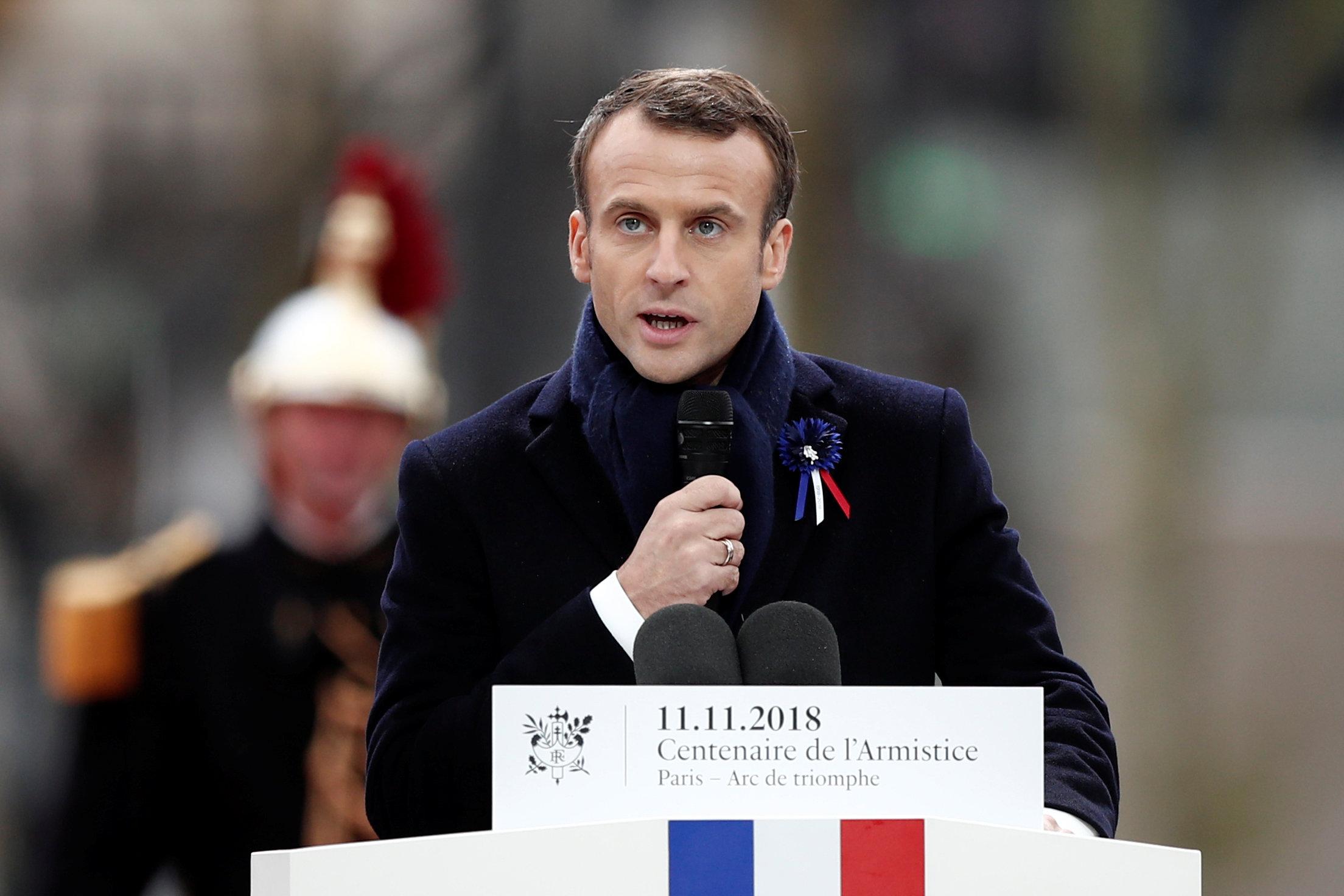 Trump’s trip to France has shown that the relationship between the two nations has been frosty.

Trump blasted the French president over his suggestion for the European Union to build an army to protect itself from the US as “insulting”.

The US President tweeted: "President Macron of France has just suggested that Europe build its own military in order to protect itself from the US, China and Russia. 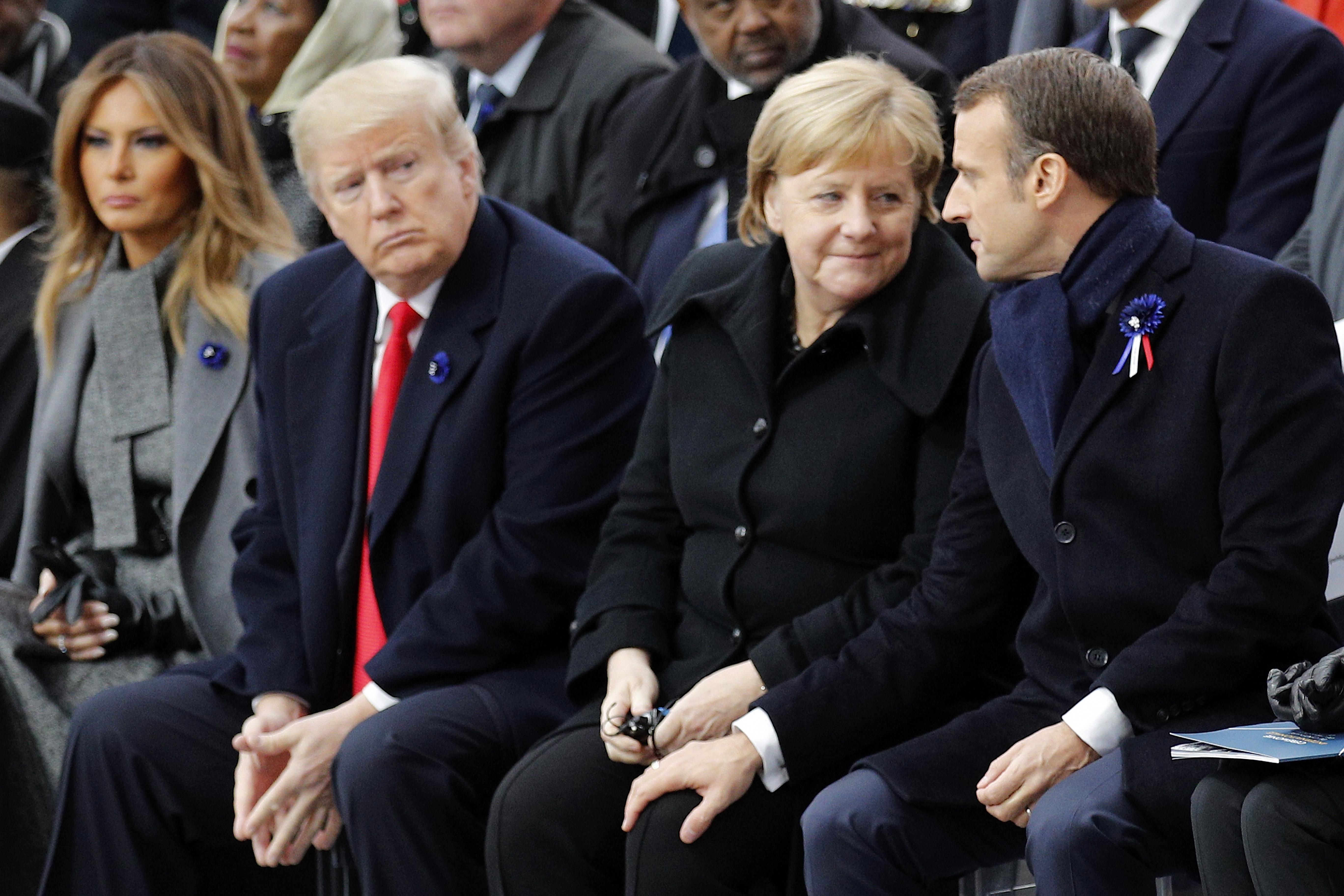 "Very insulting, but perhaps Europe should first pay its fair share of NATO, which the US subsidises greatly!"

During a meeting in the French capital on Saturday, both Trump and Macron appeared tense in exchanges at the Elysee Palace.

The meeting came just hours after the Trump tweet about the "insulting" suggestion.

Responding to the tweet on CNN, Macron said: "I'm not the one to command his tweets, I always prefer to have direct discussion or answering questions to make my diplomacy than through tweets."