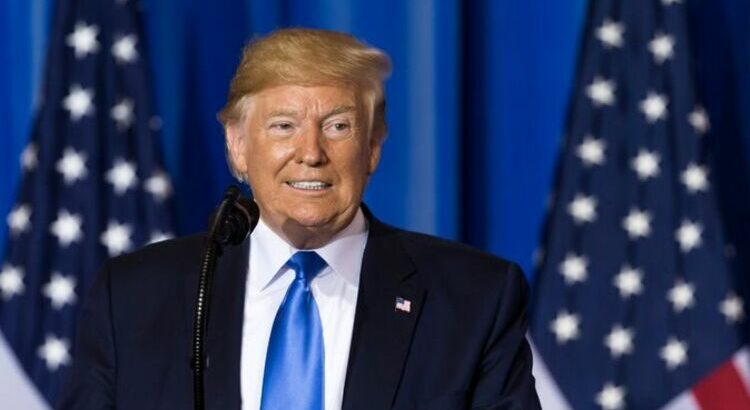 This came just days after ex-President Donald Trump claimed America should put Chinese flags on US military aircraft and carpet bomb Russia. Mr Trump’s false flag suggestion with US F-22 fighter jets was supposedly greeted with laughter by an audience of around 250 major donors in New Orleans, Louisiana.

According to a recording of the speech obtained by The Washington Post, the 45th President told the audience: “[Then] we say – China did it, we didn’t do, China did it, and then they start fighting with each other and we sit back and watch.”

Mr Trump went on to describe the Russian invasion of Ukraine as a “massive crime against humanity”.

He added: “We can’t let it happen.

“We can’t continue to let it happen.”

However, Trump had previously issued a statement which suggested the 45th President does not support conflict.

JUST IN: BBC’s Clive Myrie takes swipe at Merkel legacy and handing too much power to Putin

It said: “There should be no war waging now in Ukraine, and it is terrible for humanity that Biden, NATO, and the West have failed so terribly in allowing it to start.”

Mr Trump has come under pressure in recent weeks, including from fellow Republicans, after he described Russian President Vladimir Putin as a “genius”.

The 45th President even claimed the invasion would not have happened had he returned to the Oval Office after the last general election.

Mr Trump, who had been a firm critic of NATO while in the White House, also described the alliance’s response to the crisis as similar to a “paper tiger”.

But Mike Pence, who served as Trump’s Vice President, differed with his former boss on NATO.

Mr Pence, who had fallen out with Mr Trump after refusing to block the certification of the 2020 Presidential Election, said: “To those who argue that NATO expansion is somehow responsible for the Russian invasion of Ukraine, ask yourself, where would our friends in Eastern Europe be today if they were not in NATO?”

However, many Ukrainians appear to believe NATO has not done enough to help Kyiv.

According to an opinion poll conducted by Lord Ashcroft, 65 percent of respondents said the military alliance is not doing enough.

Only a narrow majority of respondents suggested the European Union is doing enough, with a 46 percent to 45 percent split.

Despite Joe Biden’s recent State of the Union address, only 44 percent of Ukrainian respondents claimed the US is doing enough.

Whereas, 49 percent said they haven’t been doing enough.

However, the UK topped Lord Aschroft’s poll with 53 percent saying the UK has done enough and just 35 percent suggesting Britain could do more.