German Chancellor Merkel, 63, could be toppled in days as her coalition partners, the Christian Social Union (CSU), plan to defy her and start turning away border migrants as soon as today. 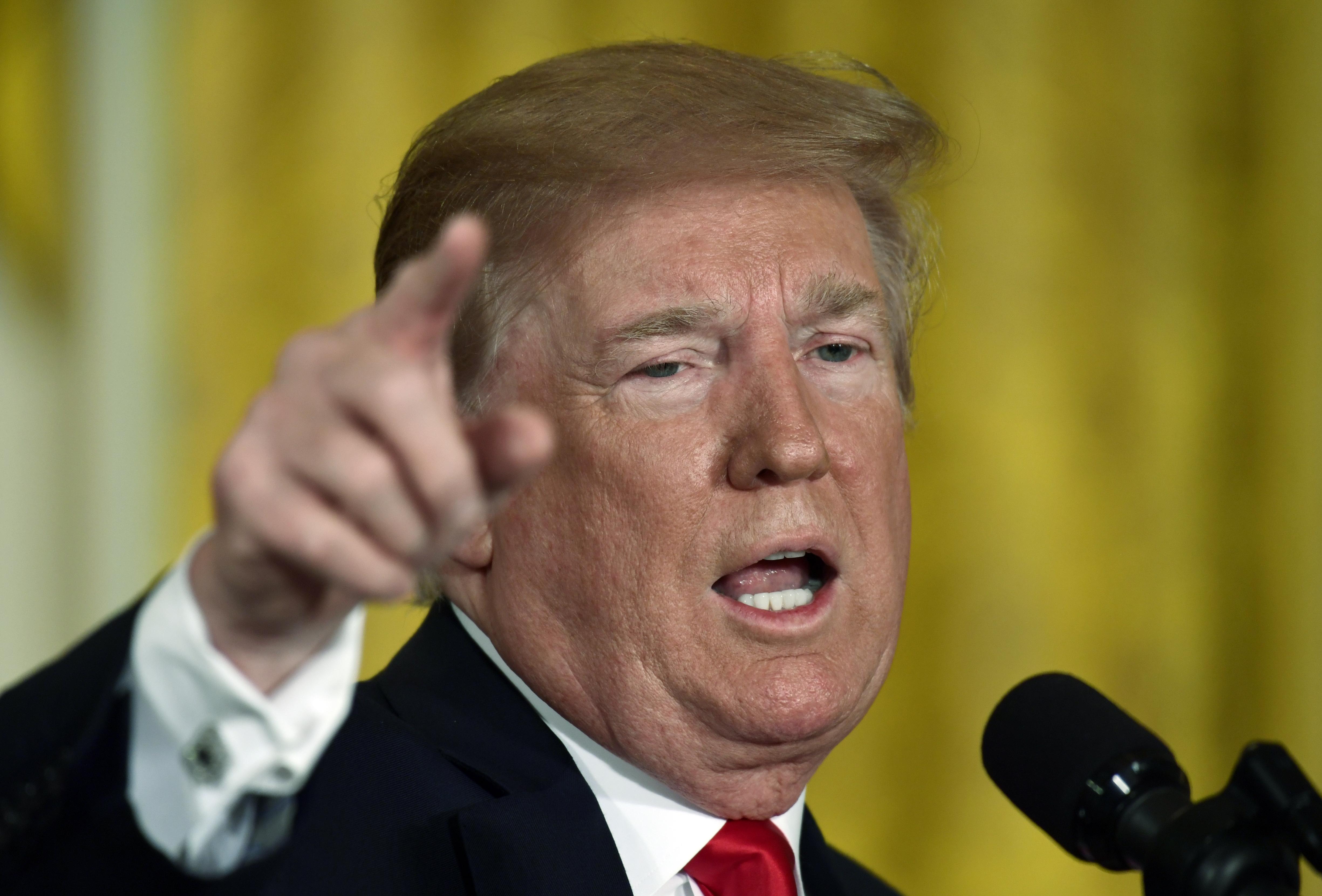 What has President Trump said?

The US President has claimed that the German people are “turning against” Merkel’s leadership.

Trump tweeted that refugees and migrants have “strongly and violently” changed European culture while adding the continent had made a “big mistake” in accepting people from war-torn countries such as Syria.

He posted: “The people of Germany are turning against their leadership as migration is rocking the already tenuous Berlin coalition.

“Crime in Germany is way up. Big mistake made all over Europe in allowing millions of people in who have so strongly and violently changed their culture!”

Trump is incorrect in his assertion that crime in Germany is on the rise after figures last month showed that it had reached a 30 year low.

The Republican firebrand made the comment amid controversy surrounding his administration's tough policy towards undocumented migrants from Mexico.

He added: "We don’t want what is happening with immigration in Europe to happen with us!" 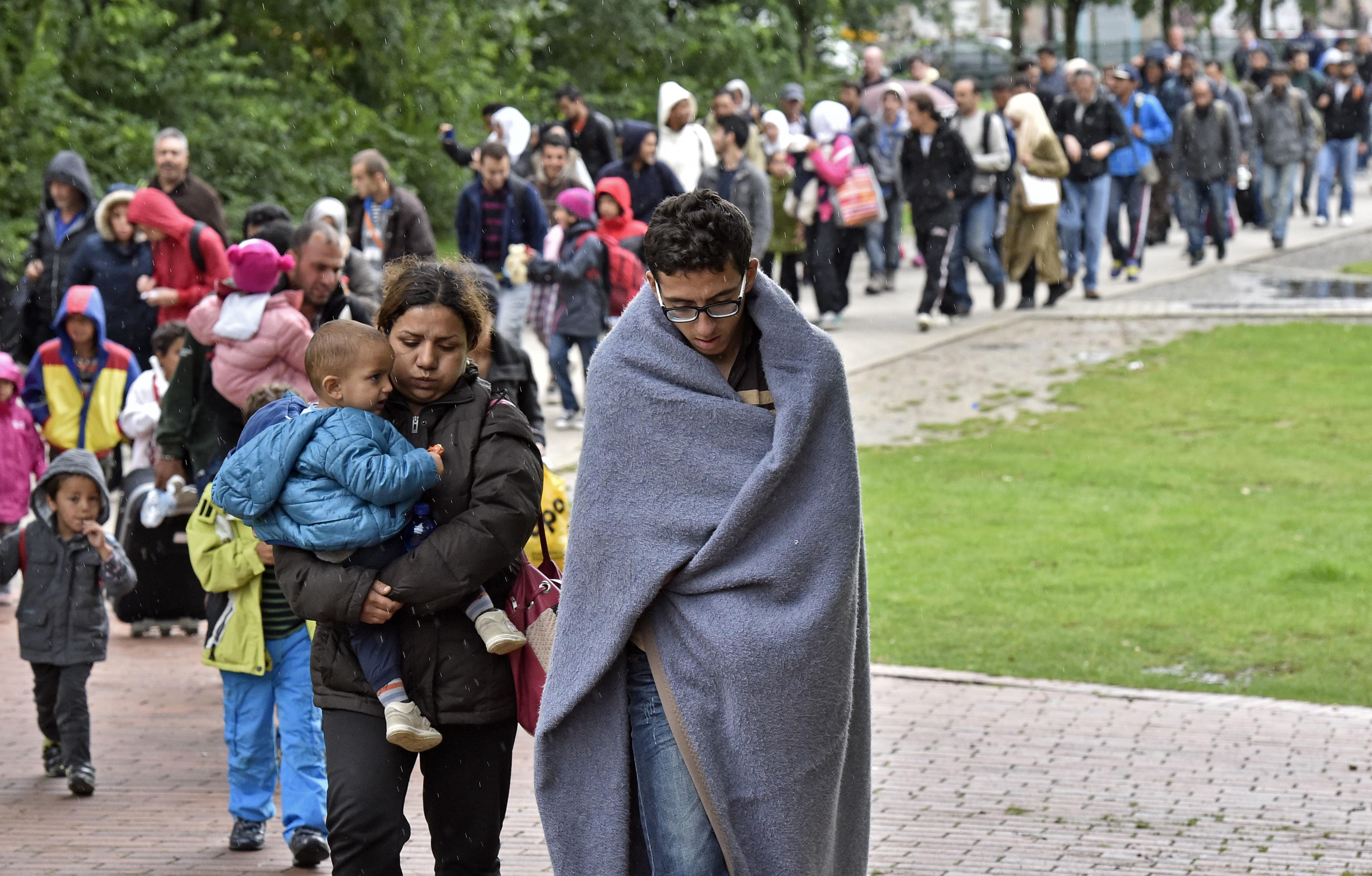 What exactly is the German coalition split on?

The Chancellor is currently caught up in a row with her Interior Minister Horst Seehofer, a member of the CSU.

Merkel’s Christian Democrats (CDU) want a new deal at EU level over migrants after she was heavily criticised over her open door policy in 2015 when she allowed in about one million people.

Seehofer wants the authorities to have the power to turn away undocumented migrants at the border if they have already been registered in another EU country or if they do not have any formal ID. 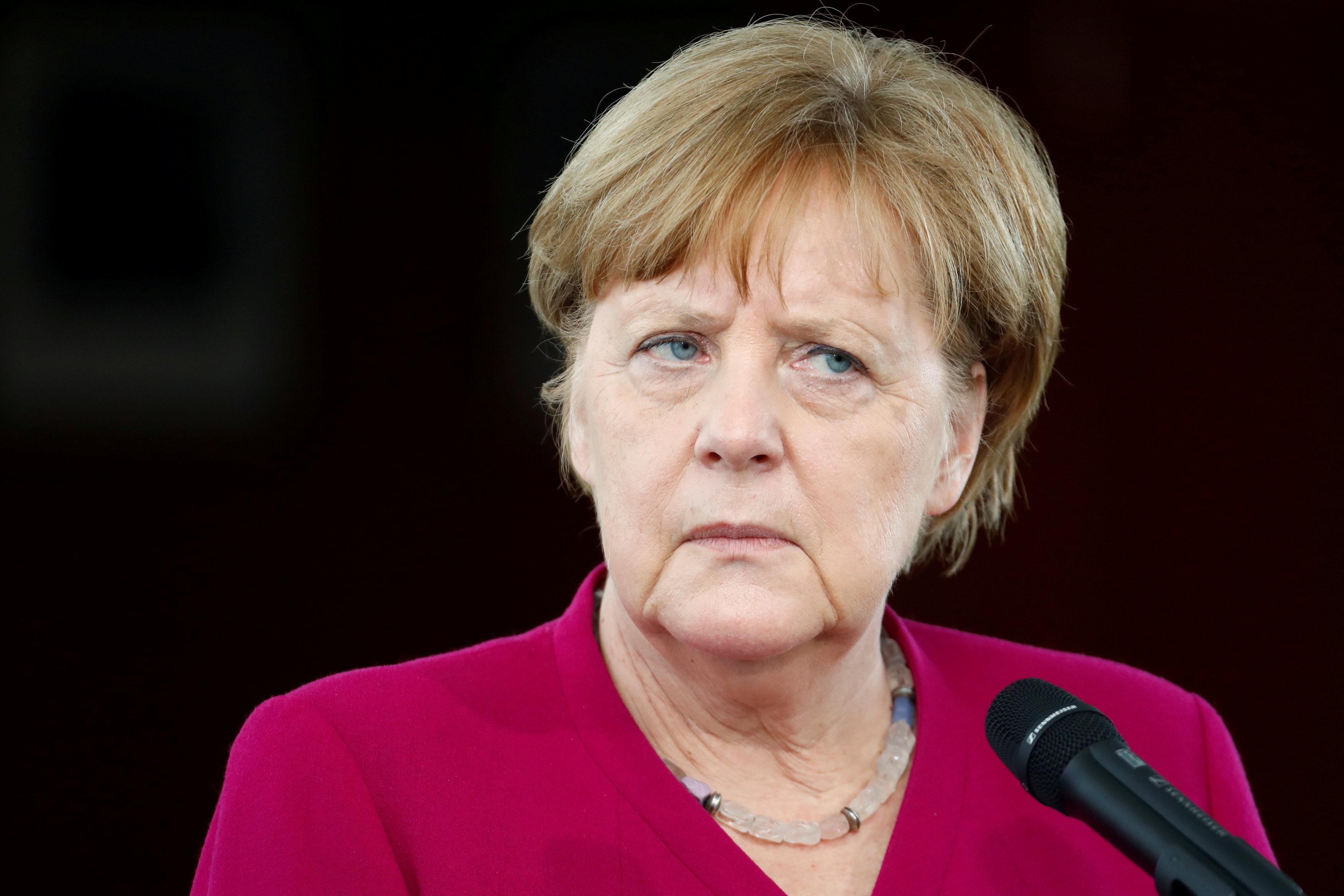 Could the division topple Merkel from power?

The split could easily see the downfall of the Chancellor who is often referred to in Germany as ‘Mother Merkel’.

Merkel has been kept in power for so long due to the coalition with the CSU, who are mainly centred in Bavaria.

The battle lines were effectively drawn up on Thursday when the CDU MPs backed Merkel and the CSU politicians sided with Seehofer.

Merkel was then forced into crisis talks with her CDU MPs.

The division sees a breakdown of the alliance between the sister conservative parties who have been in an alliance since 1949.

The CSU could call for a confidence vote in Merkel or simply break up the alliance, either move could see the German Government collapse.

Her grip on power was already weakened in last year’s general election. 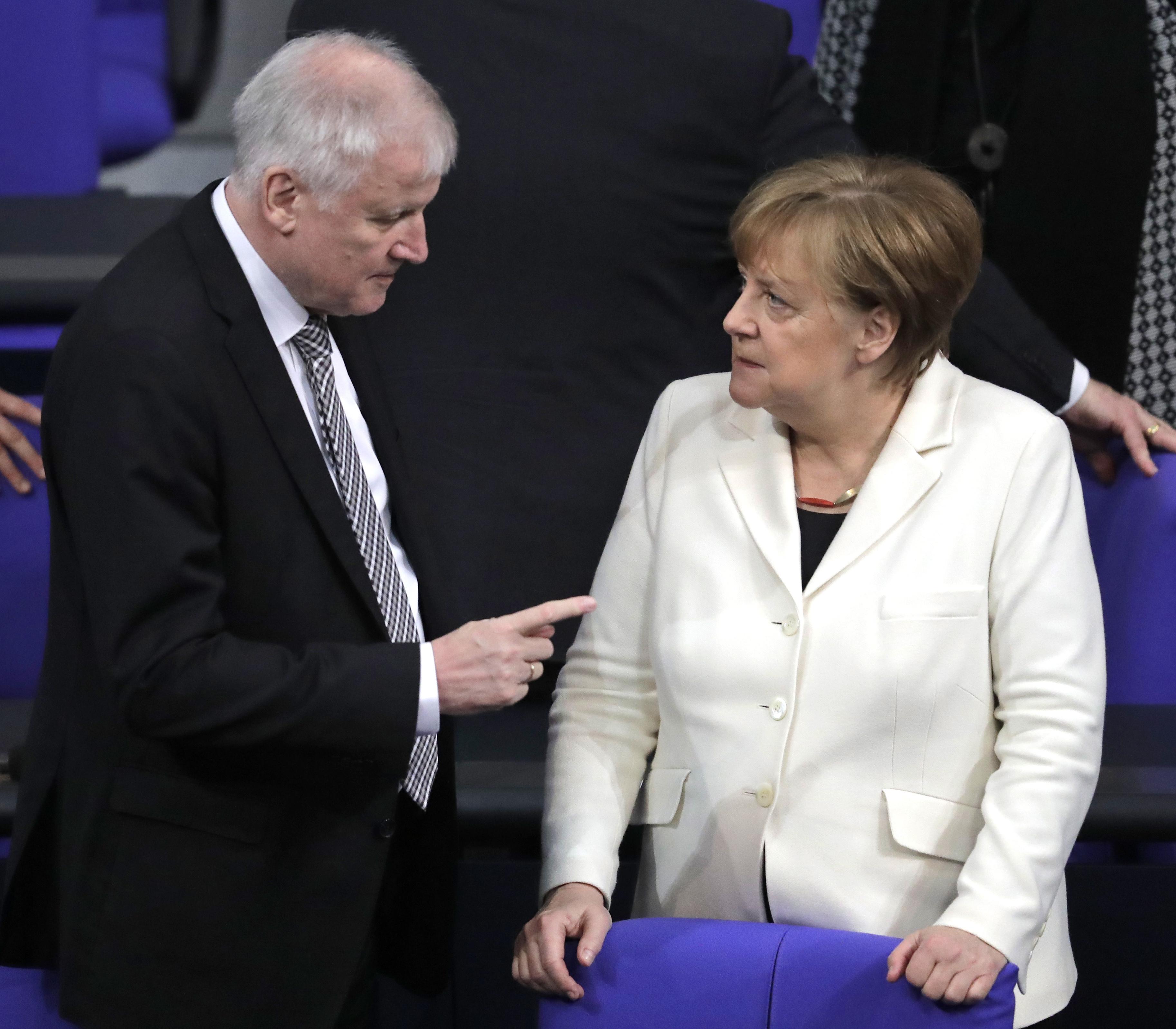 While the CDU/CSU coalition won the highest percentage of the vote, 33 percent, their powerbase was greatly diminished and they lost 65 seats in the Bundestag.

Voters instead turned to more extreme parties who took a tougher line on immigration such as the Alternative for Germany (AfD) who picked up 12.6 percent of the vote.

The populist and Eurosceptic party had not previously been represented in the parliament.

If the coalition was dissolved the 46 seats held by the CSU would mean Merkel could no longer command a majority in the house. 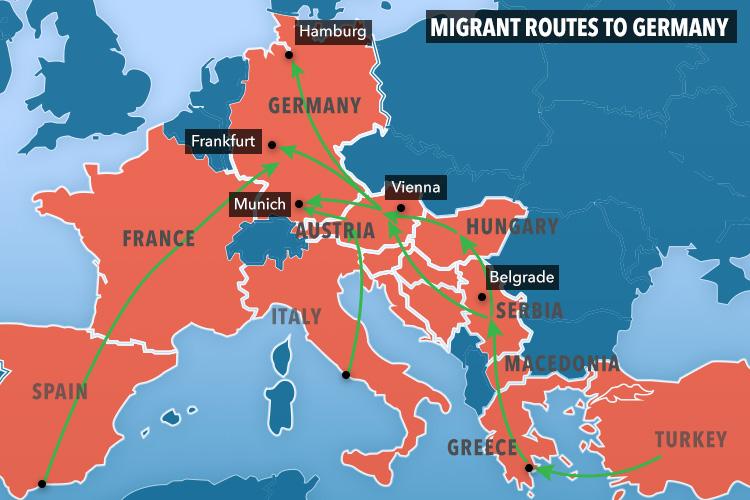 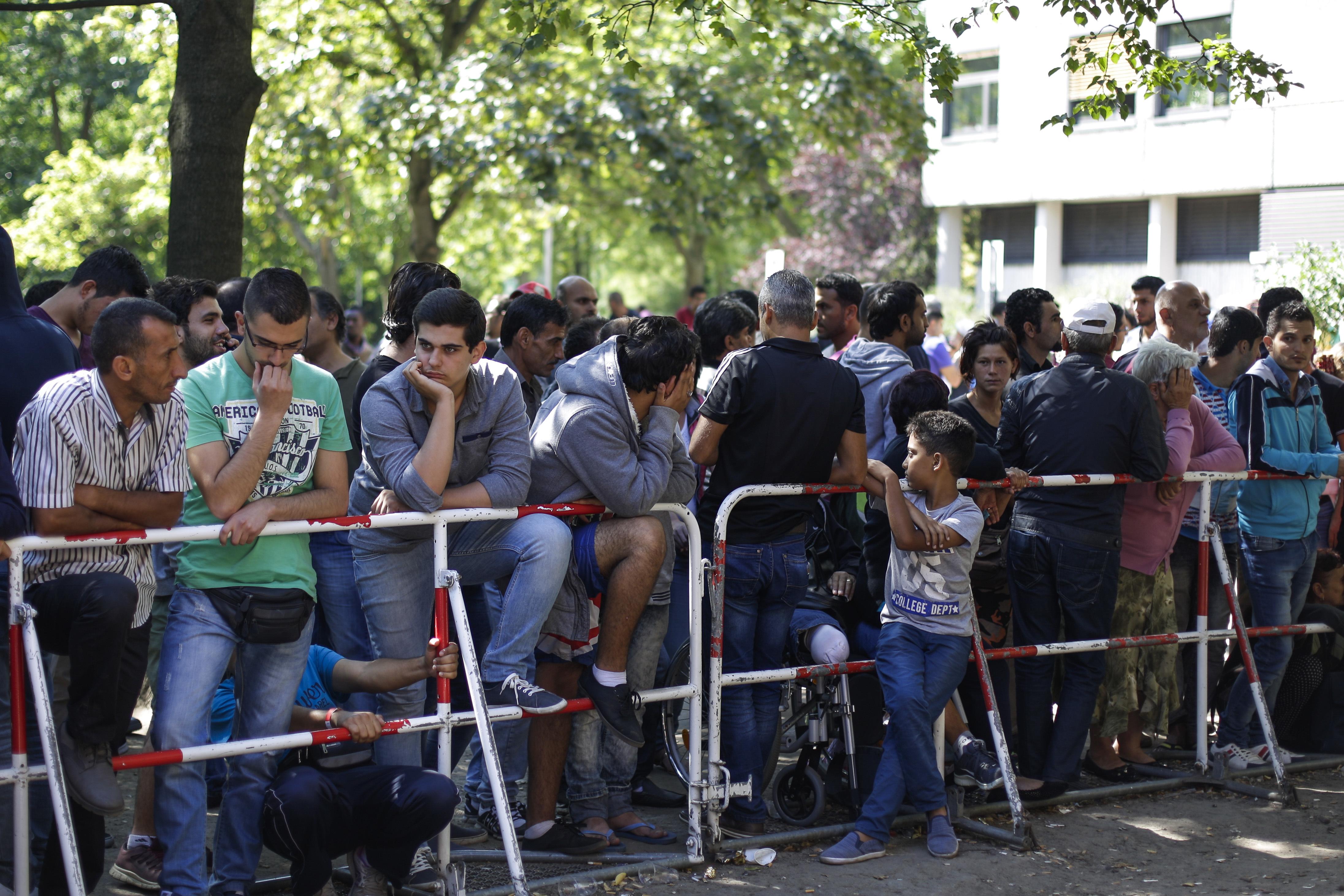 Migrants moving to Germany in numbers

By 2016 about 18.6m people with a migrant background were living in Germany, accounting for a fifth of the country's population, figures from the Federal Statistics Office show.

According to the UN's refugee agency, more than 4m people have fled Syria since the war began in 2011.

The vast majority of the immigrant population, though, had links to other European countries.

Why is today so important?

Amid the uncertainty one CDU MP has suggested Merkel could be gone as early as next week if she is unable to agree an immigration policy.

Kai Whittaker said Germany could have a “new situation” by the end of next week, later adding tht he meant “probably a new Chancellor”.

Seehofer is meeting with his party today to formulate a strategy.

What is the likely outcome?

If he takes a hardline stance he could shut Germany’s borders immediately and force Merkel’s hand throwing Germany into turmoil.

However it seems he is likely to take a softer course and give his boss an ultimatum of two weeks to sort out of the problem.

There is an EU summit on June 28-29 and Merkel could be given a lifeline until then to work out a policy.

In an opinion piece for the Frankfurter Allgemeine Zeitung, Seehofer wrote: “It is essential that the EU summit takes a decision at the end of June.

“The situation is serious but still solvable.”

What has Merkel agreed to do?

Seehofer offered Merkel a lifeline by giving her until the end of the month to come up with a deal that is acceptable to the other EU countries..

She still remains strongly opposed for Germany to act unilaterally and turn back people at the border.

Merkel will now report back to her own party on July 1, after the EU summit.

She has only been given a slight reprieve though.

If Merkel fails to secure an agreement then the CSU has indicated it will start turning back migrants at its border.