The most stormy G7 summit in decades ended in disaster yesterday as Theresa May and other world leaders failed to agree on anything important with the maverick US president. 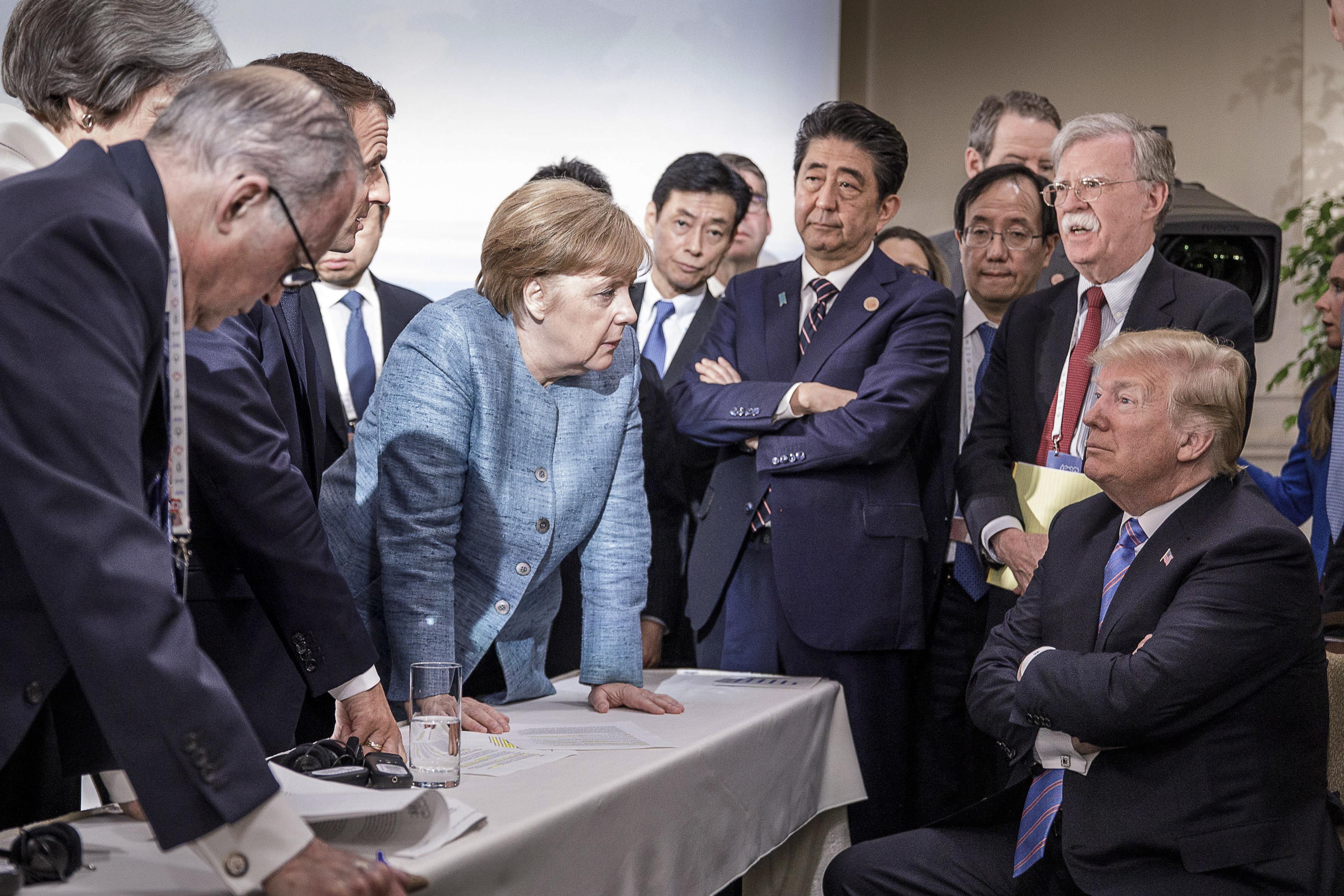 Trump walked out early from the two day meeting in Canada after bitter clashes with six other world leaders on trade, Russia, climate change and the Iran nuclear deal.

It emerged that a major late night bid by Britain's PM, Germany's Angela Merkel and France's Emmanuel Macron to talk him round on tariffs failed spectacularly.

Delivering another of his extraordinary trademark rants, he lashed out at EU states in particular for treating the US like a "piggy bank that everybody’s robbing".

A major trade war would follow that the US "cannot lose" if the EU went ahead with its vow to raise tariffs on US imports in revenge for him hiking steel and aluminium tariffs, he warned. 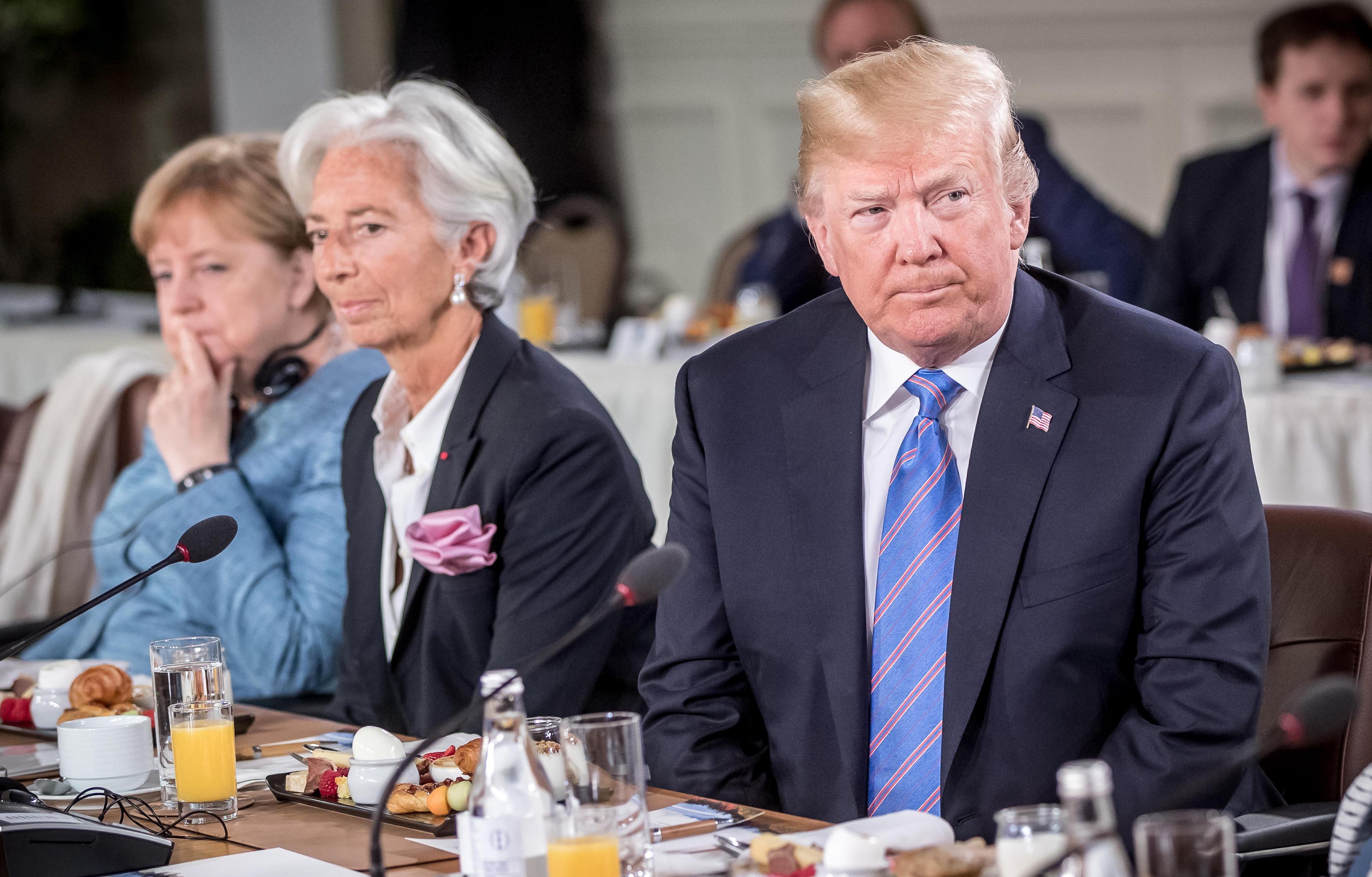 Accusing the other leaders of "ravaging" the US with poor trade deals, he argued: "The US has been taken advantage of for decades and decades.

"Those days are over. We’re going to fix that situation. And if it’s not fixed, we’re not going to work with these guys.

"The gig is up. There’s nothing they can say. They can’t believe they got away with it." 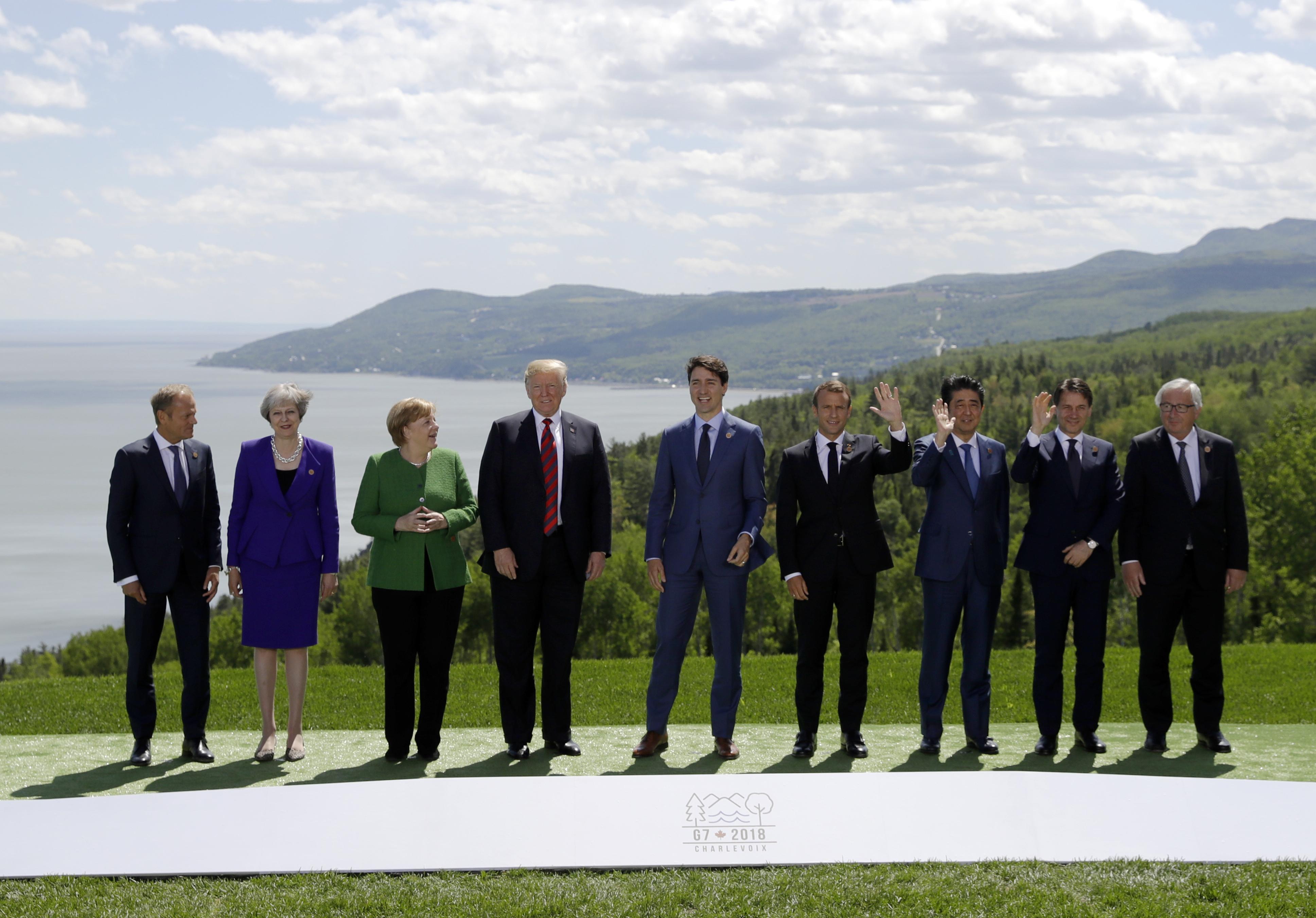 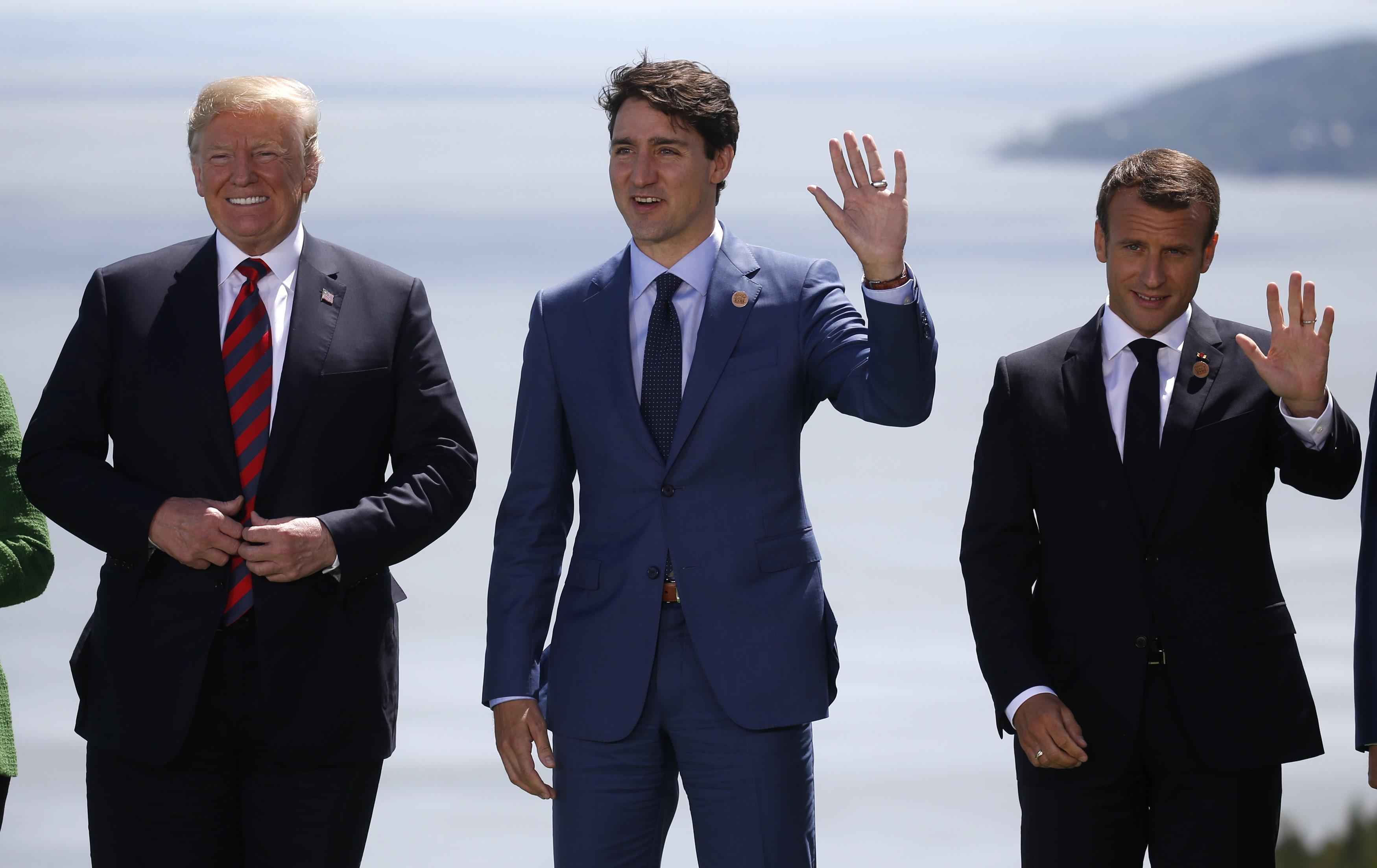 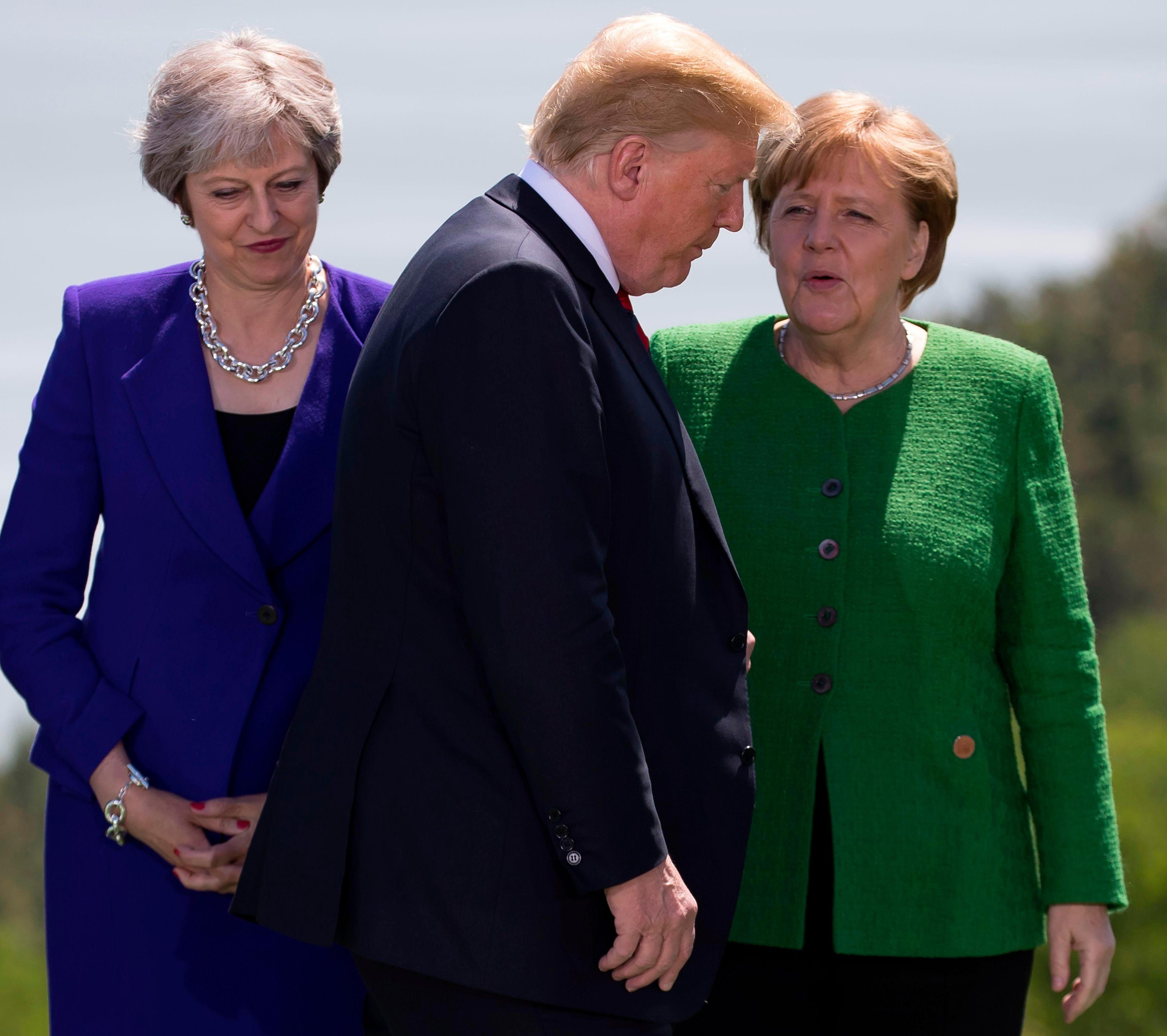 "They do so much more business with us than we do with them, that we can’t lose. We’ll win that war a thousand times out of a thousand."

Instead, the president issued a radical proposal for "a tariff free G7", where import duties would be reduced to zero between the West’s seven biggest economies.

He added: "No tariffs, no barriers, no subsidies. That’s the way it should be. We don’t want to pay anything. Why should we pay?"

On an extraordinary day of political headbutting, Trump also delivered a personal snub to Theresa May by refusing to count her as one of his "G7 friends". 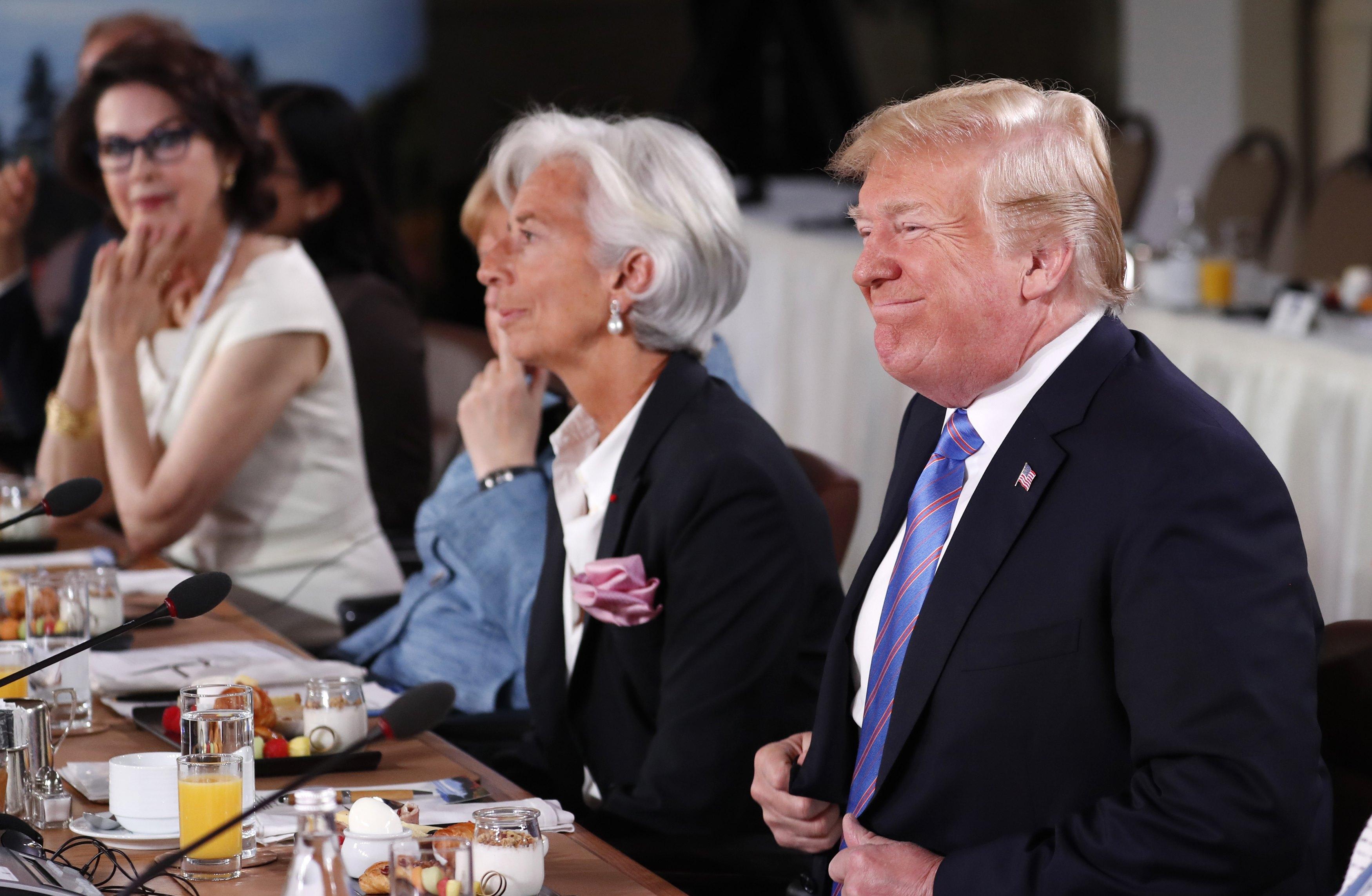 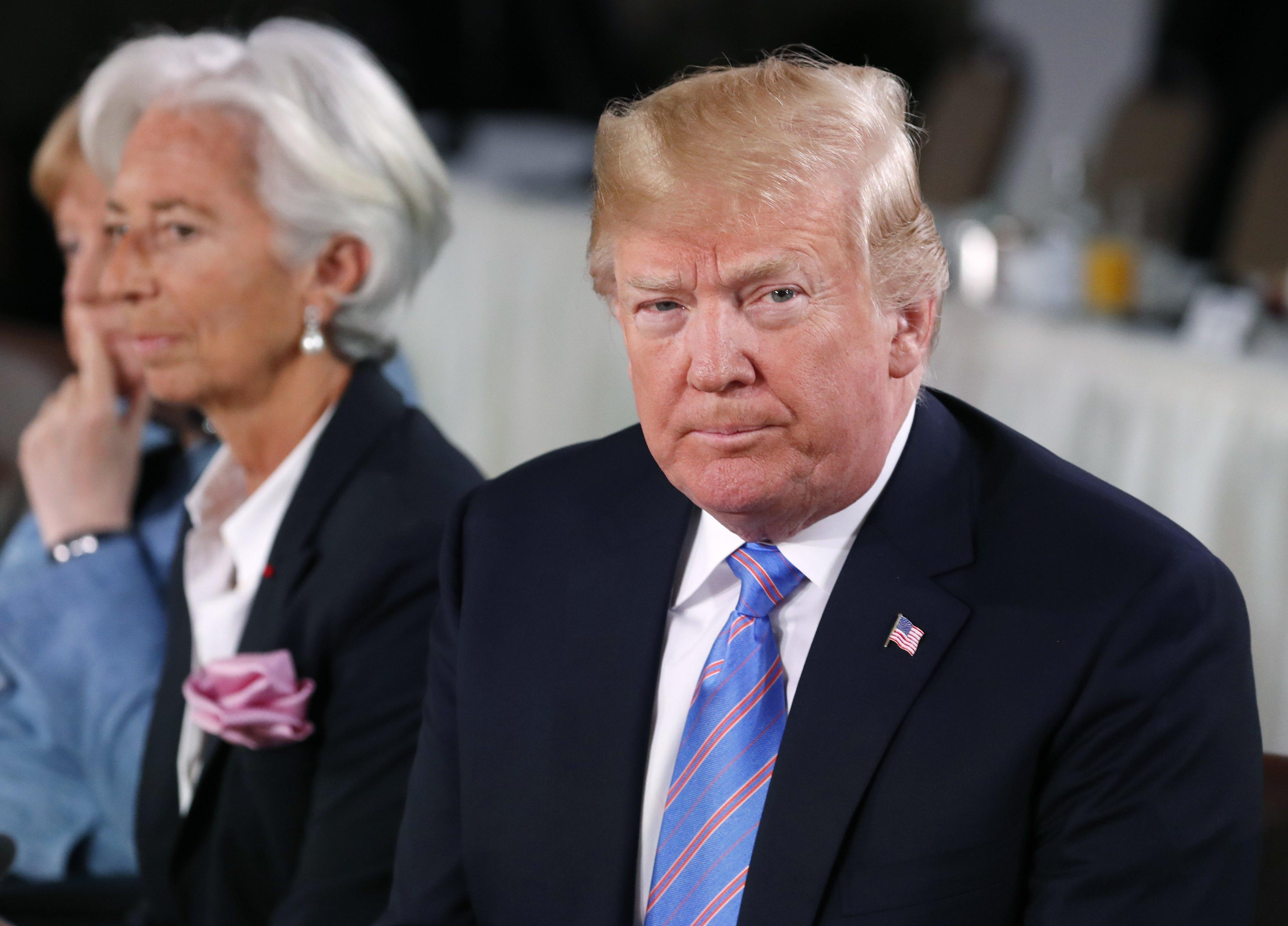 The former reality TV star said he got on well with three of the six other leaders: Merkel, French President Emmanuel Macron and Canadian Prime Minister Justin Trudeau.

Despite the spiralling tension between them, Trump told May he would still be coming to the UK next month for his first visit as president.

The US president, 71, departed the summit early to prepare for a meeting with North Korean leader Kim Jong-un.

Of that historic face-to-face in Singapore on Tuesday, Trump said he would know "within a minute" if the despot is serious about ditching his nuclear arsenal. 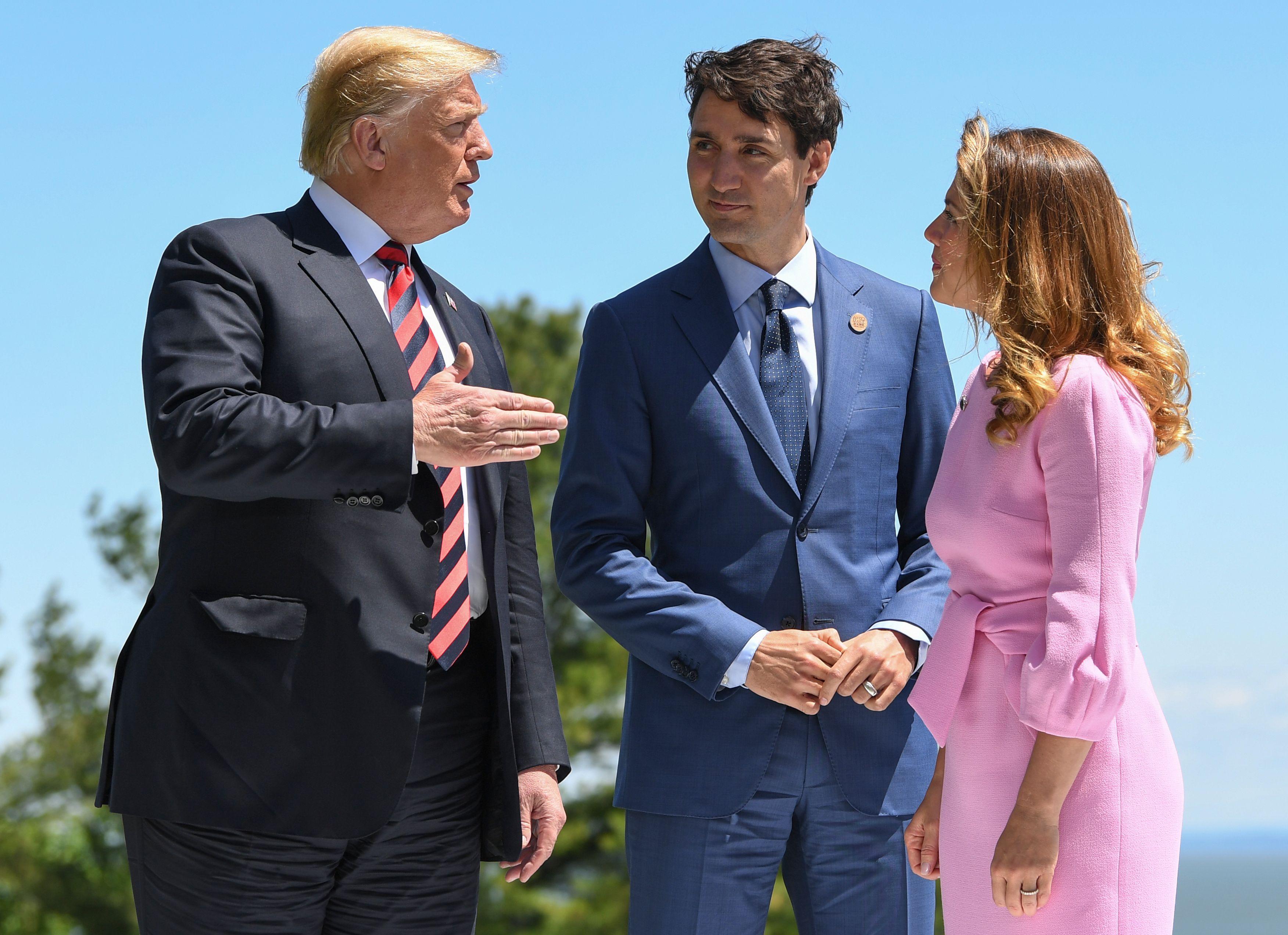 As he boarded Air Force One, he claimed Kim wants to "do something great for his people" and assured reporters the summit was "going to work out well."

But the President warned it is a "one-time shot" at lasting peace, adding he would walk out if Kim hesitated on a pledge to bin his nukes.

Officials at the G7 feared that there would be no joint declaration by the leaders at the end of G7 summit – held fittingly in a giant meteor crater – for the first time in 11 years.

Brussels chiefs have drawn up a list of famous US exports to target in retaliation, hitting bourbon and peanut butter to jeans to Harley Davidson motorbikes with additional tariffs of up to 50 percent.

The £2.5bn list is the maximum allowed under World Trade Organization rules.

But Mrs May has warned the EU not to over react and ensure its’ response is "proportionate".