Eric Trump suggested that measures taken against the Covid-19 pandemic in the US were a part of a “cognisant strategy” by the Democrats and presidential opponent Joe Biden to win the upcoming election in November 3. The US has reported a total of 1,526,136 confirmed cases of Covid-19, with 90,931 deaths and 344,805 recoveries, according to Worldometer.

It comes as states around the country are beginning to gradually lift virus lockdown measures following the publication of guidelines by the federal government for how this should happen last month.

Donald Trump has been vocal about getting the American economy going again as soon as possible, though government advisors have warned that lifting restrictions too fast could be dangerous.

Now, Eric has suggested that the US democratic party are “trying to milk” the pandemic situation.

In a Fox News interview, Trump’s son echoed the sentiments of his father by stressing that businesses in the US should be able to reopen. 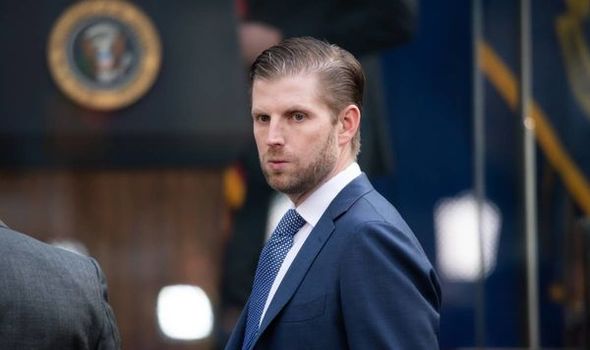 But he also used the airtime to attack the democrats as presidential opponent Joe Biden, and claimed that social distancing measures were part of a plan by the opposing party.

He said: “You watch, they’ll milk it every single day between now and November 3, and guess what? After November 3, coronavirus will magically all of a sudden go away and disappear.

“Make no mistake; to a lot of them [democrats] … this is a very cognisant strategy that they’re trying to employ”. 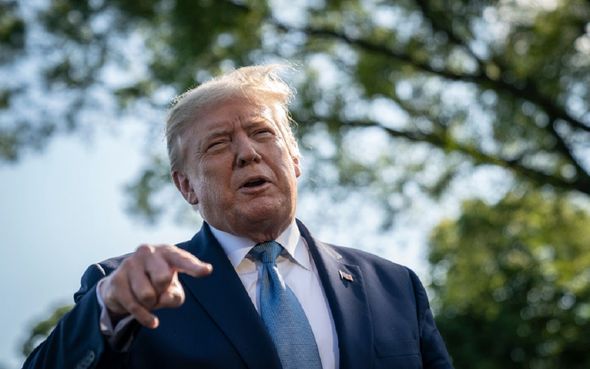 This is apparently causing the democrats to ease ahead in the polls, making “awful gaps” as Trump’s son suggested.

He said that his father’s ability to address large crowds was one of his greatest assets, and one that the democrats were trying to undermine.

“They think they’re taking away Donald Trump’s greatest tool, which is being able to go into an arena and fill it with 50,000 people every single time,” he said.

Though there have been reports of the president exaggerating the amount of people attending his rallies. 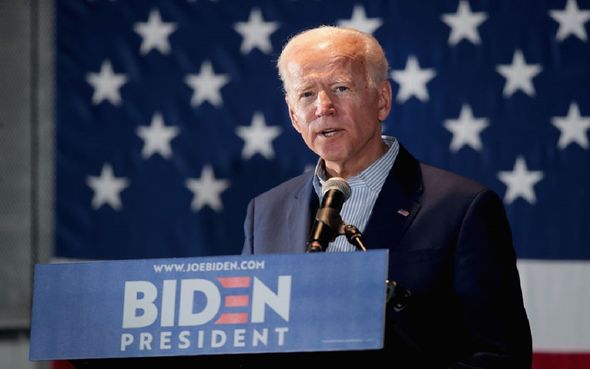 Newsweek claimed in February that Donald Trump said 40,000 to 50,000 people had attended a rally at a venue with a maximum capacity of less than 12,000.

In contrast to Eric Trump’s claim that the virus will disappear in November, Anthony Fauci has said there is “virtually no chance” of this happening, in an interview with an NBC Sports journalist.

Eric Trump also claimed that “the American people love” his father and that he is “relatable.”

Meanwhile, he accused Joe Biden of not being able to go on stage with making a “horrible blunder” of some kind. 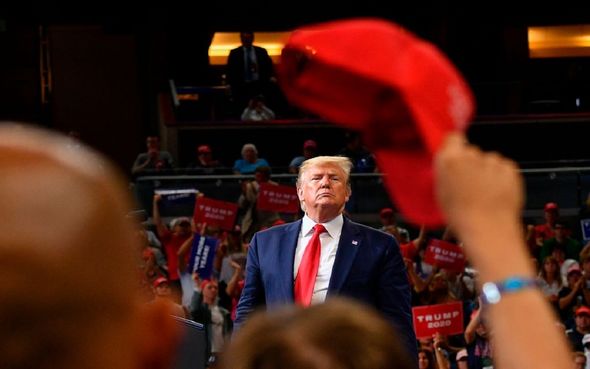 And despite the alleged crowd-pulling capabilities of his father, “Joe Biden can’t get ten people in a room.”

Donald Trump himself has made similar comments against the democrats in the recent past.

In February, he accused the opposing party of “politicising” Covid-19, calling it the party’s “new hoax”.