The former Foreign Secretary insisted the Conservative grassroots should not be given too much weight in any future contest.

The intervention comes after Tory Remainers raised fears about the threat of ex-Ukip supporters flooding in to ensure the next leader is a ‘hard’ Brexiteer.

Currently MPs whittle the field of leadership candidates down to two, before activists get a chance to decide the final winner.

But backers of Mr Johnson want any MP with the support of 20 colleagues to go through to the final ballot – reflecting the fact that his support is stronger among the rank and file than in the Commons. 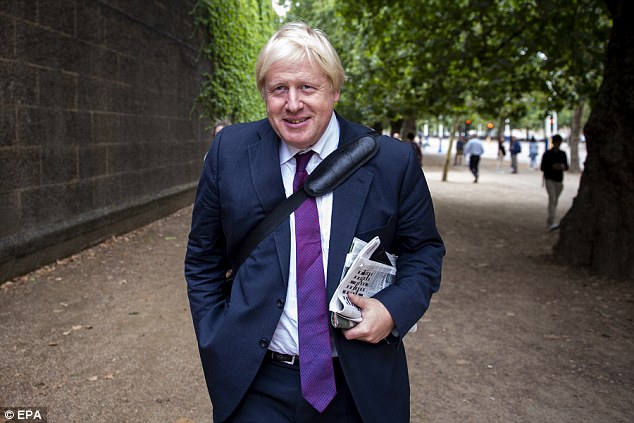 Writing for the Daily Telegraph, Lord Hague pointed out that similar changes in Labour had opened the door to Jeremy Corbyn taking charge.

The hard-left surge had threatened to tear the party to shreds, and left democracy ‘fundamentally weaker’.

Lord Hague, a former foreign secretary, said Mr Johnson was ‘currently thought to be more popular with the party members than with parliamentarians’.

How could Theresa May be ousted as Tory leader?

Theresa May faces a mortal threat to her leadership of the Conservative Party and Government.

A Tory leadership contest can be called in one of two ways – if Mrs May resigns or if MPs force and win a vote of no confidence in her.

Calling votes of no confidence is the responsibility of the chairman of the 1922 Committee, which includes all backbench Tory MPs.

Chairman Graham Brady is obliged to call a vote if 15 per cent of Tory MPs write to him calling for one – currently 48 MPs.

The process is secret and only Mr Brady knows how many letters he has received.

The procedure was last used in 2003 when Iain Duncan Smith was ousted as Tory leader.

If Mrs May is ousted, any MP is eligible to stand.

Conservative MPs will then hold a series of ballots to whittle the list of contenders down to two, with the last place candidate dropping out in each round.

The final two candidates are then offered to the Tory membership at large for an election.

But he warned it would put too much power in the hands of Tory activists, who he says ‘are often the first to point out that they are not remotely representative of society at large or even of their voters’.

He highlighted a call by Leave.EU, a hard Brexit campaign group, for its supporters to ‘flood’ the Conservative Party to ensure a ‘true Brexiteer’ like Mr Johnson becomes prime minister.

He said he had hoped the rules would lead to the revival of the Conservative grassroots but had been proved ‘spectacularly wrong’ after membership of the party halved to its current level of 124,000.

‘A small membership is then at risk at any time of being swamped by a sudden influx of new recruits – the very thing that happened in Labour in 2015,’ he said.

‘Having not thought to include the three-month membership requirement in their own new rules and having all candidates put to the whole party, Labour’s former leaders inadvertently produced the leadership of Jeremy Corbyn, complete with extremism, anti-Semitism, divisiveness and the impossibility of removing him.

‘The result of what might be thought of as a more perfect and open democracy in Labour is that British democracy as a whole is now fundamentally weaker, since there is currently no moderate, easily electable alternative to the government of the day.’

He also drew parallels with the US, where open primaries replaced the influence of senators and governors, leaving voters with a choice of Donald Trump or Hillary Clinton. 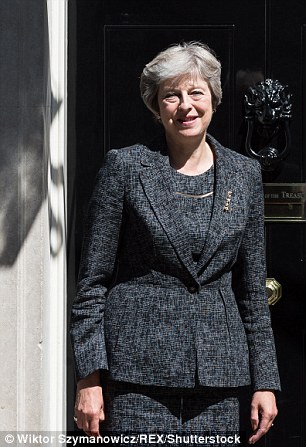 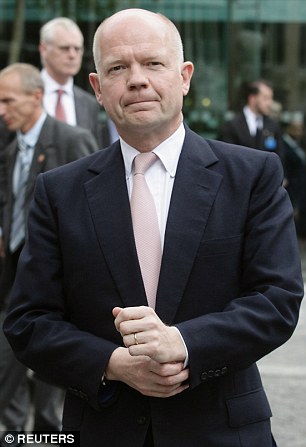 Theresa May, pictured left in Downing Street last month, insists she has no intention of quitting. Lord Hague, pictured right, warned against giving the Tory grassroots too much of a say in a future leadership contest