Don’t panic! Ten reasons there is so much less to fear from a second wave of coronavirus

With summer now a distant memory, a cloud of doom seems to have returned to these shores.

Yesterday, Britain recorded over 2,400 new Covid-19 cases for the third day in a row, raising the prospect of a fearsome second spike.

Pointing to the rise in infections among Britain’s young, he urged them: ‘Don’t kill your gran by catching coronavirus and passing it on.’

Indeed, such is the fear among officials that one member of the Government’s Scientific Advisory Group for Emergencies has even suggested Christmas could be called off. 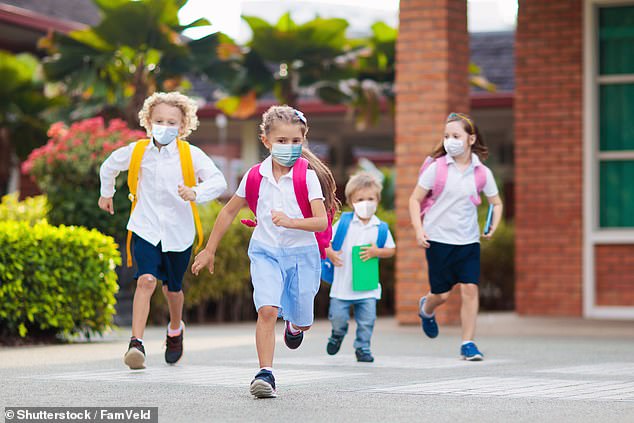 Whereas in April 40 per cent of test results were positive, this figure has plummeted to only 2.3 per cent in the community and 0.5 per cent in hospitals (stock picture)

But before we sink into apocalyptic misery, let’s look at the science.

For despite the doom and gloom, not everything is as bad as it seems, writes John Naish.

In fact, as these ten reasons reveal, all the indications are that Covid-19’s second strike won’t be nearly as bad as the first …

1. Proportion of positive tests is down

Yes, more people are testing positive for Covid-19. But rather than simply being the result of a surge in infections, it’s also because far more tests are being carried out now than at the height of the pandemic in April and March.

More importantly, whereas in April 40 per cent of test results were positive, this figure has plummeted to only 2.3 per cent in the community and 0.5 per cent in hospitals.

While cases of Covid-19 have been creeping up in the UK since early July, death rates among those infected have plummeted.

In fact, researchers at Oxford University have found that the percentage of those infected with Covid-19 who die from it fell from 6 per cent on June 24 to only 1.5 per cent on August 5.

That amounts to a four-fold drop in less than six weeks. While it may sound callous, one explanation for this is that the virus claimed the most vulnerable victims first, causing a strikingly high initial fatality rate.

But another reason could be that coronavirus is being spread in smaller doses, thanks to social distancing. This means people may be getting less intensely infected, and are thus more likely to beat the virus.

As the statistician Tim Harford wrote on these pages recently, the prospect of dying from Covid-19 is not much more than taking a bath.

According to the Office for National Statistics (ONS), coronavirus fatalities are no longer inflating the overall excess death rate in England and Wales.

Yesterday, there were 30 more deaths reported in Britain from Covid-19 — the biggest spike in six weeks. But according to the ONS’s data for the week ending August 28, there were 599 fewer deaths than the previous week. 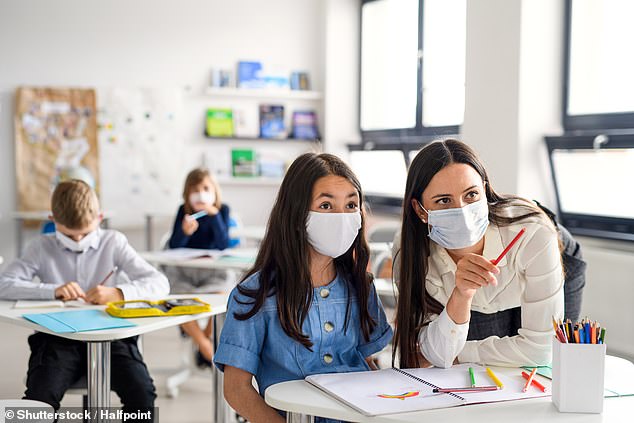 Researchers at Oxford University have found that the percentage of those infected with Covid-19 who die from it fell from 6 per cent on June 24 to only 1.5 per cent on August 5 (stock picture)

When Covid-19 first hit, doctors across the globe were forced to improvise treatments as scientists scrambled to find a cure.

Early on, many patients in intensive care were put on ventilators, despite the fact that this is now regarded as an ineffective, and in some cases dangerous, treatment.

The good news is that in recent months cheap and effective medicines have been discovered in the form of two steroid drugs, dexamethasone and hydrocortisone.

Just last week, a major study showed that treatment with these steroids can save eight lives for every 100 critically ill patients treated — a figure hailed as ‘impressive’ by its researchers.

They achieve this by effectively calming a patient’s immune system that would otherwise be viciously aggravated by Covid-19, with potentially lethal consequences.

‘At the beginning of the year, at times it felt almost hopeless knowing that we had no specific treatments,’ says Professor Anthony Gordon, from Imperial College London. ‘Yet less than six months later we’ve found clear, reliable evidence in high-quality clinical trials of how we can tackle this devastating disease.’

5. Virus is shifting to resilient young

While positive tests among older, more vulnerable, generations have been falling, rising Covid-19 cases are being driven by healthy resilient people in their teens and 20s, where infection numbers have tripled since July, according to official data.

This means that the number of severe cases should remain low, since younger people are disproportionately more likely to either be asymptomatic or have manageable symptoms.

Of course, any life lost — especially when the victim is young — is tragic. But we must not ignore the fact that the demographic now largely being infected is far better placed to survive it.

6. Optimism for a vaccine

When the virus first hit, scientists warned that it may take years for an adequate vaccine to be found. To further compound fears, early evidence suggested that our bodies might only produce antibodies against Covid-19 for a few months at most, thus rendering vaccinations pointlessly temporary.

But last week, a study in Iceland found that when our bodies are naturally infected by the coronavirus, they produce a long-lasting form of protective antibodies.

Moreover, as of yesterday, some six vaccines were in the final stages of testing, known as phase three clinical trials — while Russia has already approved another, though scientists are sceptical that adequate safety procedures were observed.

Crucially, vaccine researchers at Oxford University believe they have made a breakthrough — leading Kate Bingham, chair of the UK Vaccine Taskforce, to say: ‘I think we have a shot of getting a vaccine this year.’

7. We are wiser and better prepared

The UK is vastly better prepared for a new wave of Covid-19 infections than it was in March, with NHS hospitals restructured to cope with infectious patients.

Following the rapid construction of the so-called Nightingale Hospitals, many of which were largely unused and have now been put ‘into hibernation’, if anything Britain is overprepared for a second spike.

8. The public army is on hand

While much of the Government’s initial Covid-19 guidance was criticised for being unclear, the vast majority of Britain is now doing its bit to ensure the virus doesn’t spread through a combination of social distancing, mask-wearing and handwashing.

If these preventative strategies are practised constantly and consistently, future spreads of Covid-19 will be limited.

9. The initial fears were unfounded

At the pandemic’s peak in March, Prime Minister Boris Johnson presented a now much-derided paper published by Professor Neil Ferguson of Imperial College that claimed 500,000 people in Britain could die from Covid-19.

The current UK death toll stands at 41,586. Yes, it’s still a high number. But it’s far from the apocalyptic figure first mooted by the Government.

10. We can use local lockdowns

Of course, the introduction of regional lockdowns following localised spikes has largely proved unpopular among those affected by them. But it does seem that they are an effective tool in Britain’s anti-Covid arsenal.

Only yesterday Health Secretary Matt Hancock said that the local lockdown in Leicester had resulted in a ‘very significant’ drop in cases and measures there will be reviewed on Thursday.

With their successful implementation, there is every chance that we’ll be able to stop the virus from spreading from region to region.