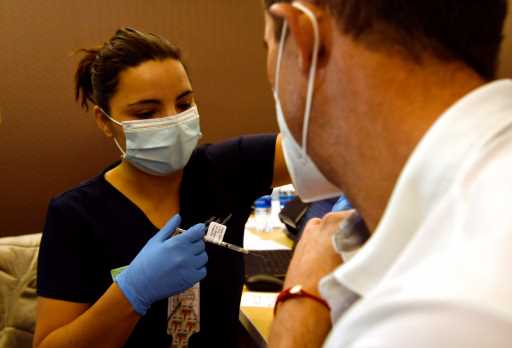 Douglas County’s future with the Tri-County Health Department is once again being thrown into question after a top official told Castle Rock leaders this week that the county “will proceed” with forming its own health agency by the start of 2023.

The news comes six months after Douglas County first declared it would leave Tri-County Health following the agency’s decision to order that masks be worn to stem the spread of COVID-19. The directive, along with others to close restaurants and businesses, was seen by many in the conservative county south of Denver as heavy-handed government run amuck.

Douglas County softened its position in November, telling Tri-County Health it was rescinding its notice to withdraw from the agency it has been a part of for 73 years — at least until the end of 2022 — while it continues to “examine its partnership.”

“So that represents Doug’s understanding of the views of his county commissioners,” Corliss told the council.

Castle Rock’s elected leaders, who spent part of Tuesday’s meeting discussing whether they should form their own public health department for the town of 65,000, voted 6-1 to draw up a resolution urging Douglas County to “extradite” its breakup with Tri-County.

The dispute between Douglas County and Tri-County Health echoes the familiar push and pull that played out across the state in 2020 between largely Republican-leaning counties and health officials over how strictly to apply restrictions and shutdowns.

People resisted orders to close down businesses or wear masks — or openly defied in the case of Weld County — on the grounds that they were onerous and a one-size-fits-all response to a dynamic situation.

“We do not have a strategy and a plan to reopen and remove (COVID-19) restrictions,” Castle Rock Councilman Kevin Bracken said. “Our businesses are shut, lives are being ruined and we can’t get straight answers. People are upset — that’s why we want to move away from Tri-County.”

Douglas County downplayed its county manager’s words, telling The Denver Post it stood by the position it had staked out in November. The county still needs to do a feasibility analysis to “evaluate what best serves the public health needs of our citizens,” it said in a statement attributed to the three county commissioners.

Meanwhile, Tri-County Health Deputy Director Jennifer Ludwig said she didn’t view DeBord’s assessment of the situation this week as a “renewed effort … to break away from the agency.”

“We’ve known all along that it was likely that Douglas County would pursue an assessment to evaluate what will best serve the public health needs of the county,” she said.

Tension between Douglas County and the Tri-County Health Department, which provides public health services to more than 1.5 million people across Douglas, Arapahoe and Adams counties, flared almost as soon as coronavirus arrived in March.

Only a few weeks into the pandemic, Republican state lawmakers from Douglas County urged commissioners to cut ties with Tri-County Health after the agency issued a stay-at-home order.

Then in May, C&C Coffee and Kitchen in Castle Rock opened its doors to a mostly maskless crowd of customers in defiance of Colorado’s public health orders. The eatery’s business license was suspended, and the owners filed a lawsuit against Gov. Jared Polis and state health entities.

Those sentiments were again on display during this week’s Castle Rock town council meeting, with Mayor Jason Gray saying a standalone county health department would be more responsive to the situation on the ground in Douglas County than a sprawling agency like Tri-County Health.

Castle Rock Councilman Tim Dietz said he would like to see municipal leaders from throughout Douglas County sit on a board of directors of a new county health agency to “keep the health professionals in check.”

“Eventually, there has to be some sort of ‘enough is enough,’” he said. “I think that people are a little burned out and they do really care about this and want something done. They want their businesses open.”