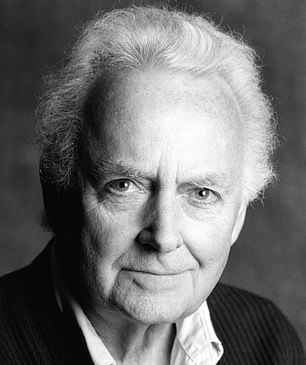 Douglas Rain, who provided the voice of the homicidal HAL 9000 computer in the film 2001: A space Odyssey, has died aged 90

Douglas Rain, who provided the sinister voice of the HAL 9000 computer in the film 2001: A Space Odyssey, has died aged 90.

The Canadian actor’s death was announced by The Stratford Festival, the theatre company he founded in 1953.

Rain died at St. Mary’s Memorial Hospital outside Stratford, Ontario, on Sunday November 11. A cause of death has not yet been revealed.

A statement by the company said: ‘Today we lost Douglas Rain, a member of our founding company and a hugely esteemed presence on our stages for 32 seasons.

‘He will be greatly missed. Our thoughts and prayers are with his family.’

The critically acclaimed actor, from Winnipeg, Manitoba, was a Shakespearean actor who trained at the Old Vic in London.

But his chilling depiction as HAL 9000 – a sentient computer that controls the systems of the Discovery One spacecraft and interacts with the ship’s astronaut crew – is what cinema fans will remember him by most.

Other actors were considered for the role, including Martin Balsam, who was ‘too American’ and also ‘too human’. 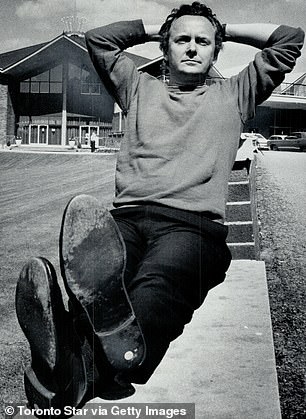 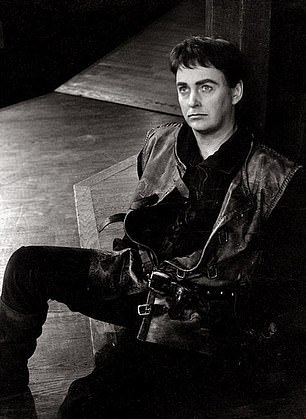 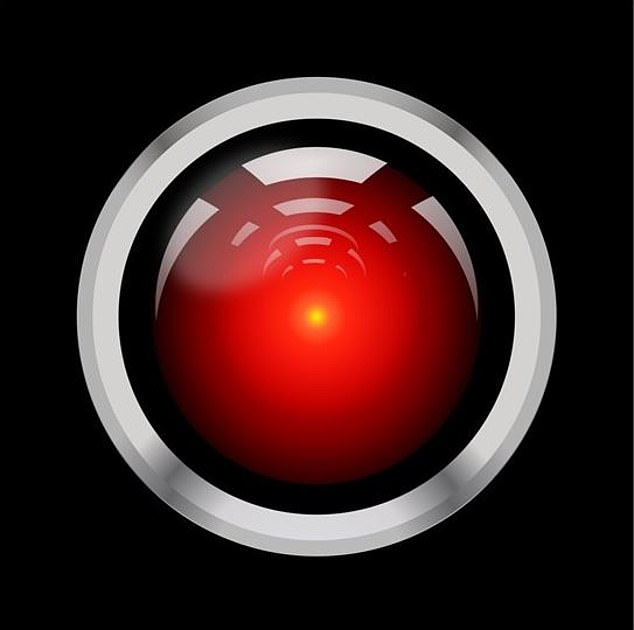 Rain’s chilling depiction as HAL 9000 computer in the film 2001: A Space Odyssey is what cinema fans will remember him by most

Director Stanley Kubrick said in an interview: ‘Rain had the kind of bland mid-Atlantic accent we felt was right for the part.’

Rain spent almost 10 hours in total recording the voice for HAL in order to perfect the tone of the computer after his first attempts were deemed by Kubrick as ‘too emotional’.

As reported on the blog 2010: The Year We Make Contact, Rain ‘did the recordings with his bare feet resting on a pillow, in order to maintain the required relaxed tone.’ 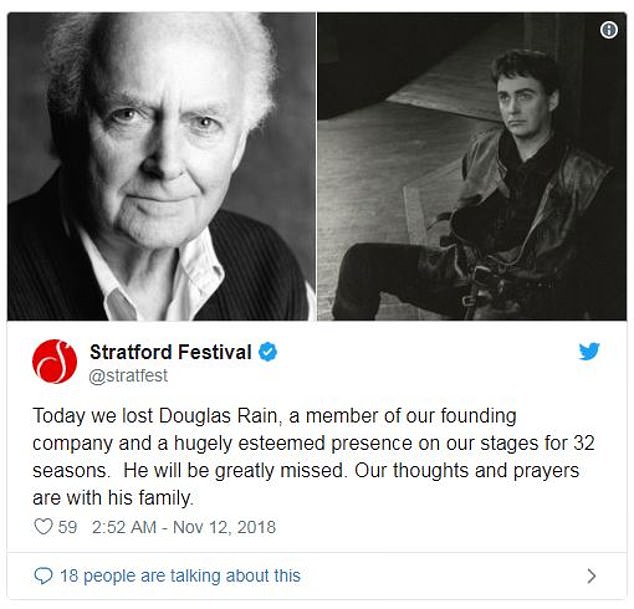 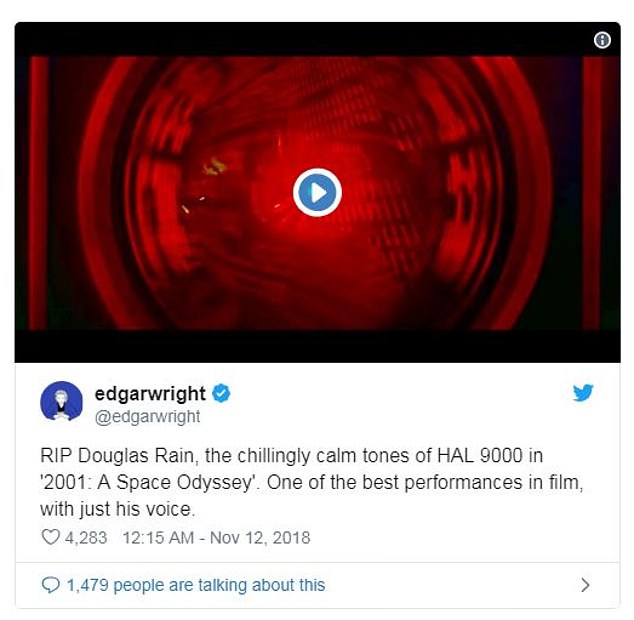 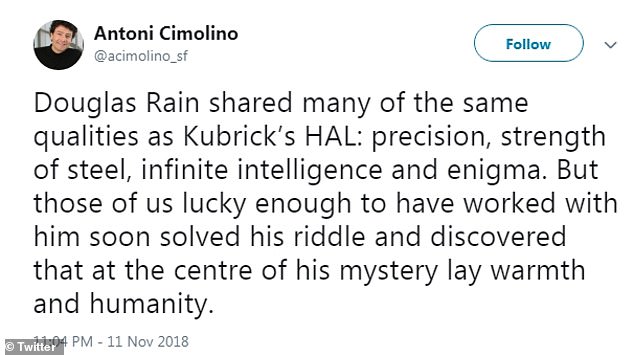 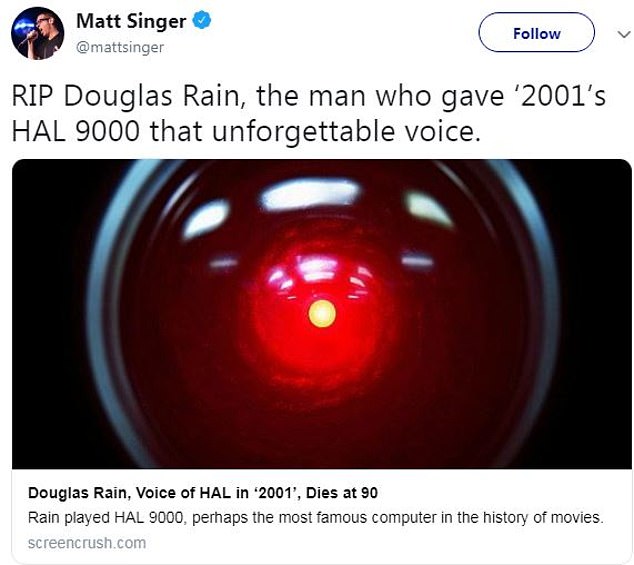 Writer and director Edgar Wright was among those to pay tribute, calling Rain’s performance as HAL ‘one of the best in film, with just his voice’.

Antoni Cimolino ,artistic director of the Stratford Festival, said: ‘Canadian theatre has lost one of its greatest talents and a guiding light in its development. Douglas Rain was that rare artist — an actor deeply admired by other actors.

‘Douglas Rain shared many of the same qualities as Kubrick’s HAL: precision, strength of steel, infinite intelligence and enigma. But those of us lucky enough to have worked with him soon solved his riddle and discovered that at the centre of his mystery lay warmth and humanity.’