Decked out in designer sportswear, Anna Delvey spoke with an intriguing European accent and rubbed shoulders with the affluent and well-connected. 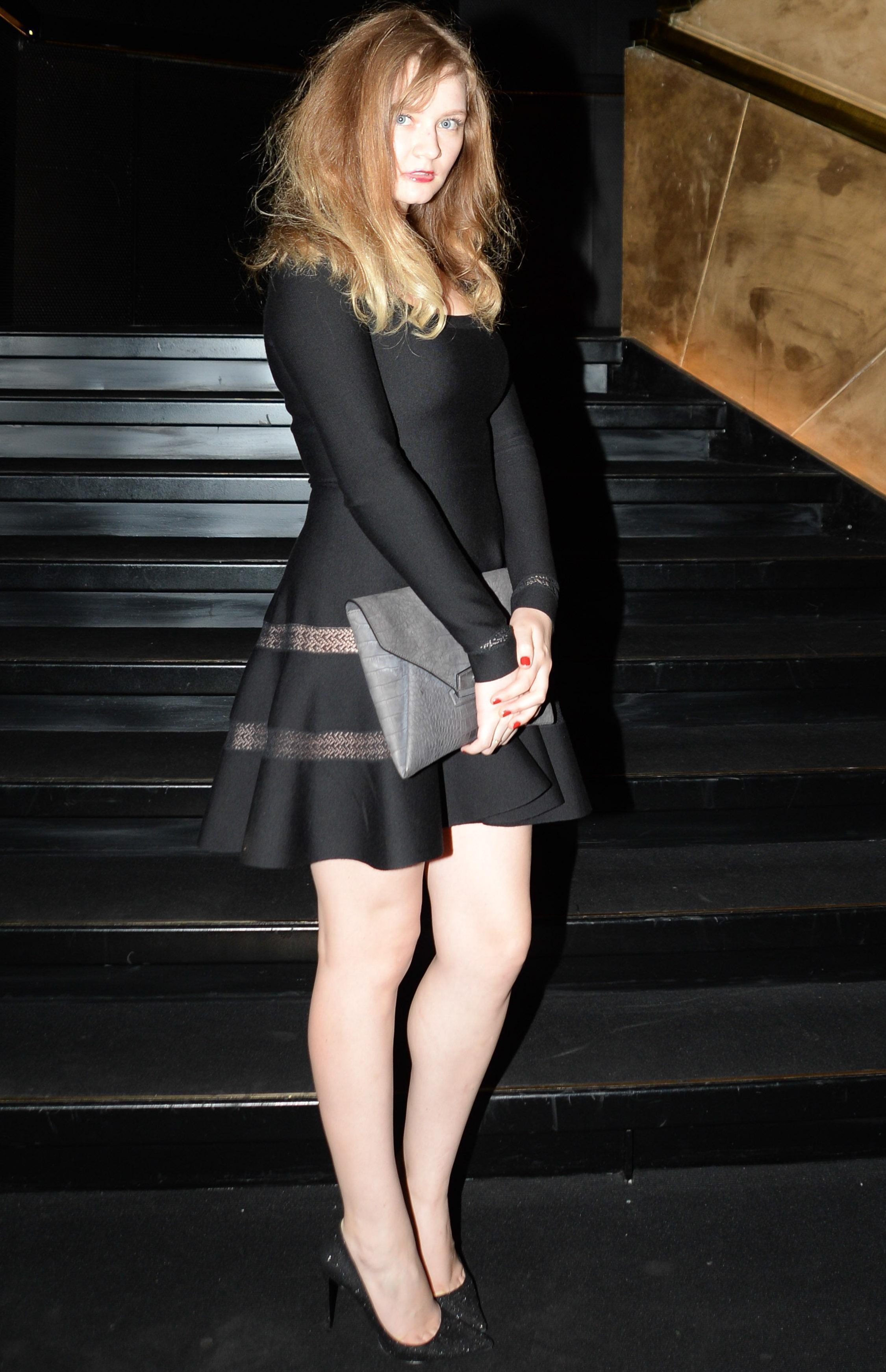 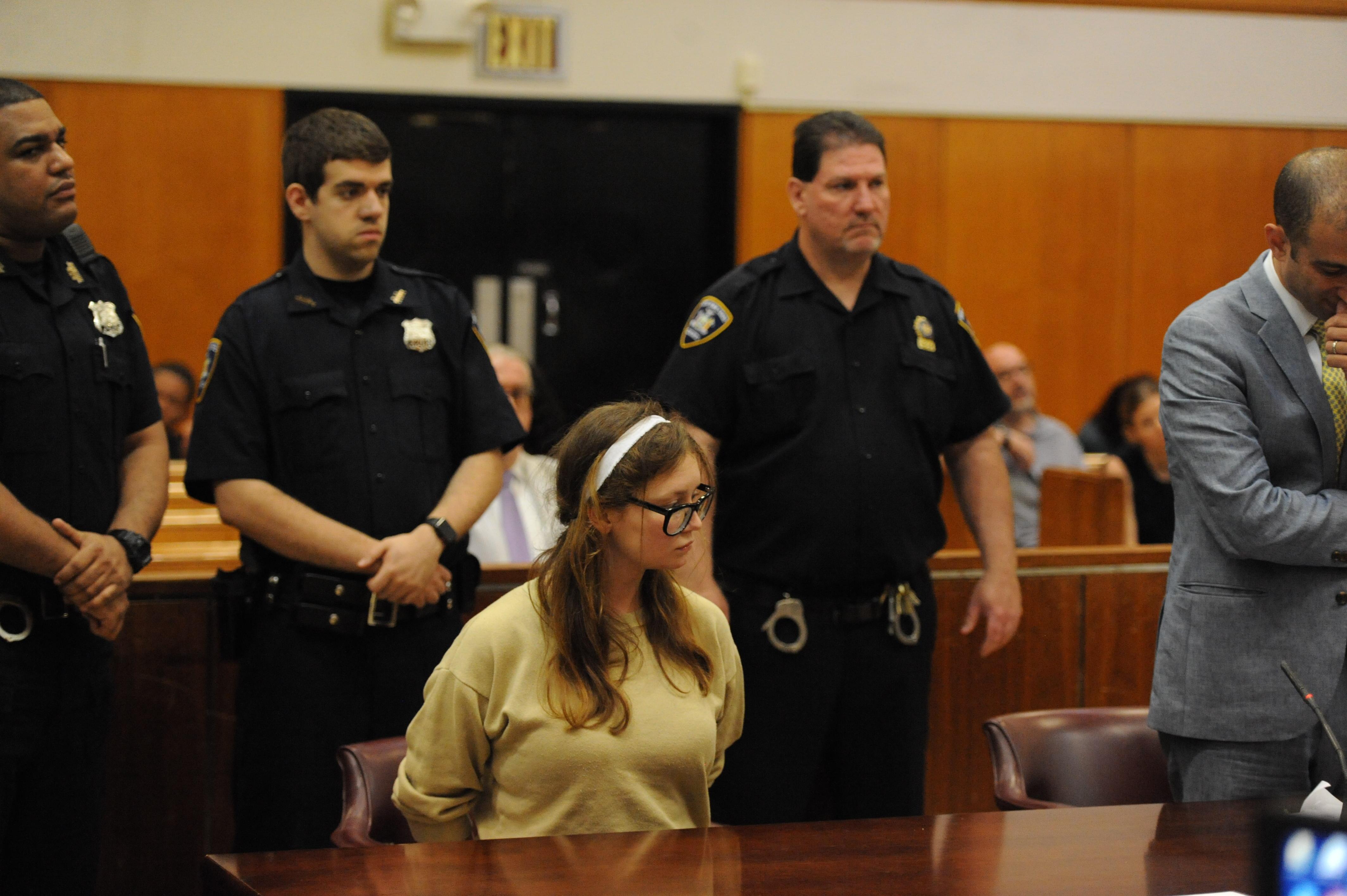 In her mid-20s, she ate at the best restaurants, gave out tips of 100 dollar notes — £75 — and was in talks with some of Manhattan’s top talents over her plans for a high-end arts venue.

A Kim Kardashian type with a vast family fortune, intent on launching her own global business, Anna led a life that seemed too good to be true.

And it was. Nearly everything about her was as false as her £300 eyelash extensions, including her name.

Now Russian-born Anna Sorokin, as she is actually called, is awaiting trial, accused of scamming more than a quarter of a million dollars — £188,000 — from businesses, banks and even her friends. 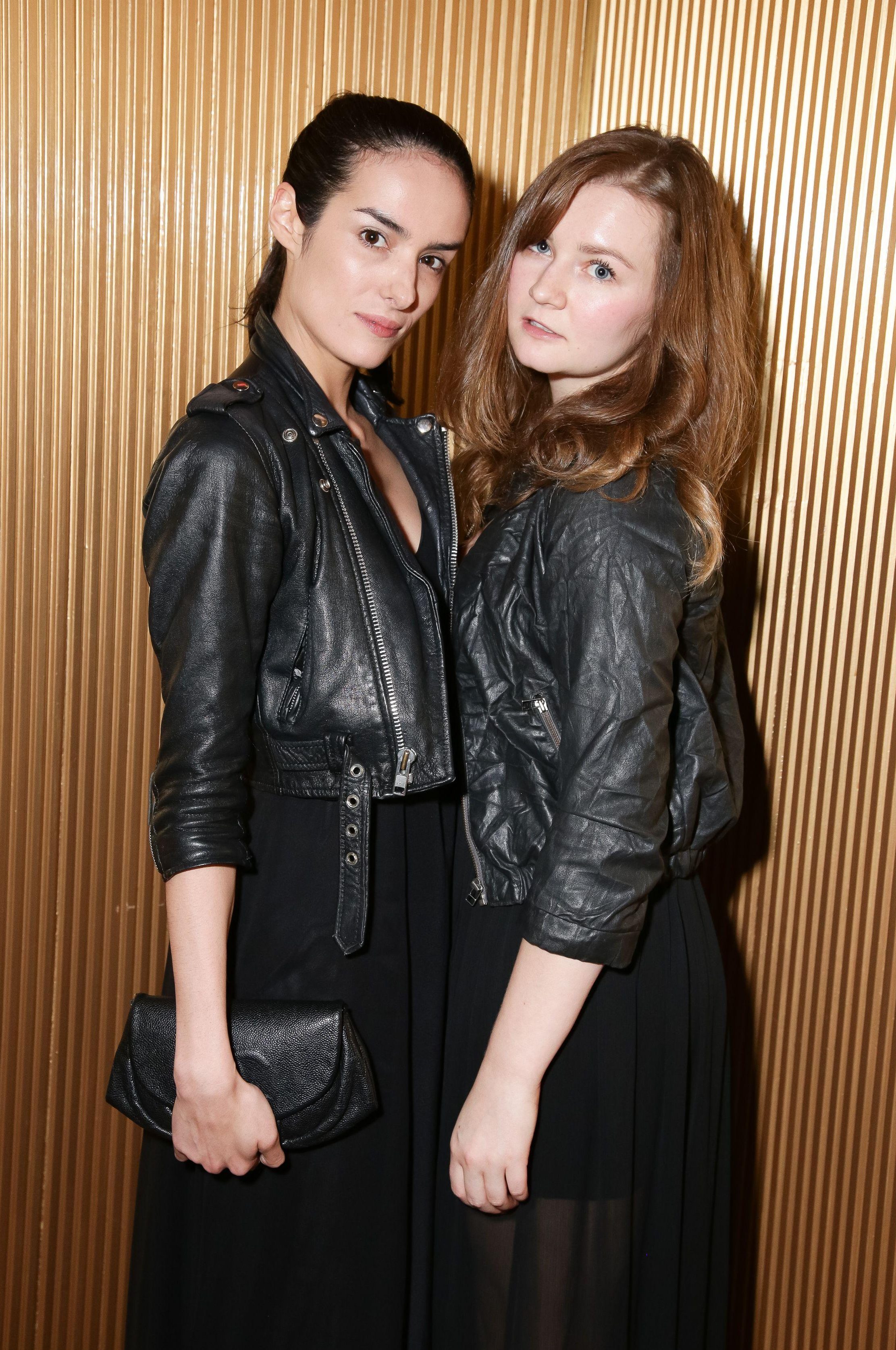 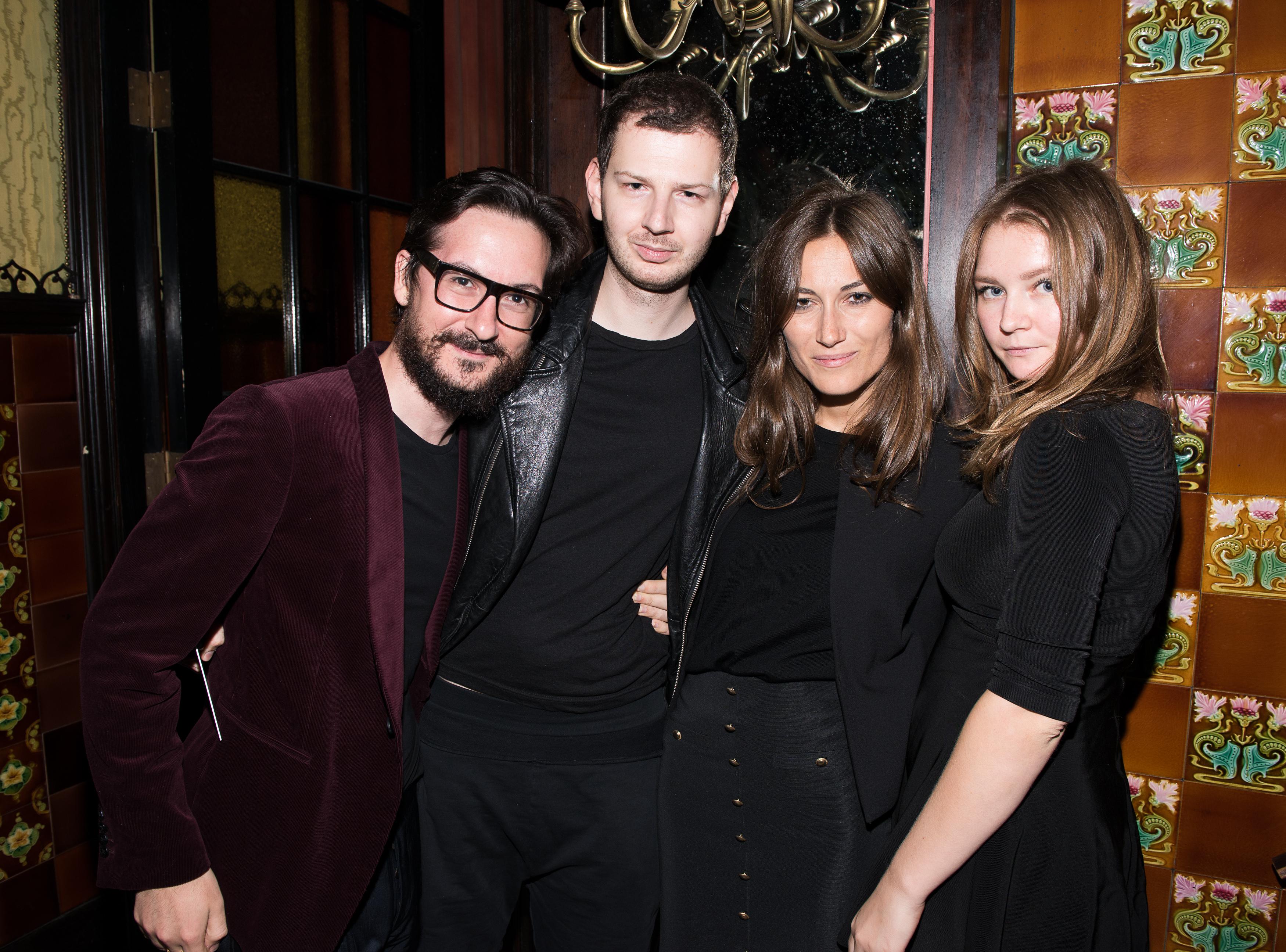 On Tuesday, the trucker’s daughter appeared in court charged with grand larceny — defined as theft amounting to more than £750 — and the judge rejected her plea bargain in which she offered to admit guilt in return for a sentence of no longer than three years.

Justice Diane Kiesel said that would be a “mere slap on the wrist” and noted that Sorokin seems to be enjoying her notoriety following news reports that her story is to be retold as a Netflix TV drama.

Justice Kiesel said: “I see no remorse. She seems more concerned about who will play her in the movie than what she’s done to the people she allegedly took advantage of.”

For someone who pretended to be an A-lister, it is perhaps no surprise that 27-year-old Sorokin reportedly wants Jennifer Lawrence or Margot Robbie to play her in the film.

New York magazine journalist Jessica Pressler, whose investigation into Sorokin is the basis of the Netflix drama, said: “Anna looked at the soul of New York and recognised that if you distract people with large wads of cash, if you show them the money, they will be virtually unable to see anything else.”

Those closest to the mysterious “Anna Delvey” describe how she always paid with cash — but even they had different ideas as to where her “wealth” came from. 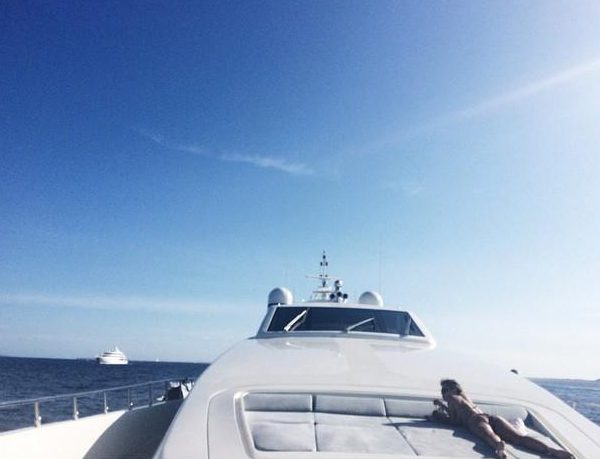 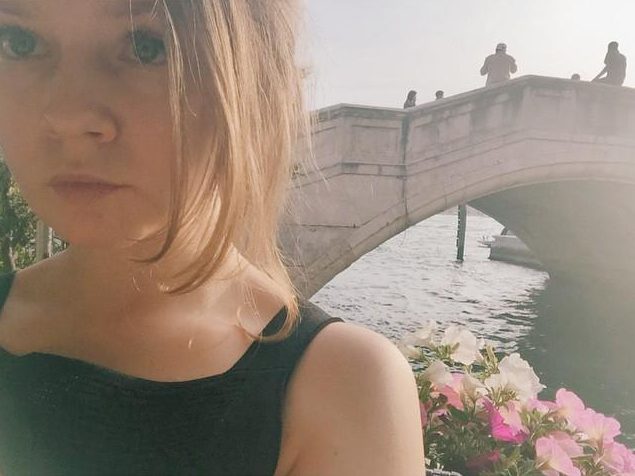 One assumed her father was in solar energy, another thought he was a Russian diplomat. A male pal swore she was due to inherit £8.7million on her 26th birthday.

She told people she was from Cologne, even though she spent her early years in Russia and only moved to the German city as a 16-year-old.

After leaving school, she briefly lived in London, then moved to Paris to work as an intern at trendy art magazine Purple.

There, she quickly attached herself to the editor-in-chief, Olivier Zahm, and columnist and ­restaurateur Andre Saraiva.

Her association with them gave her a leg-up into a glamorous world that was far elevated from her own very ordinary background.

An acquaintance who met her at a party in Berlin recalled: “She managed to be in all the right sorts of places. 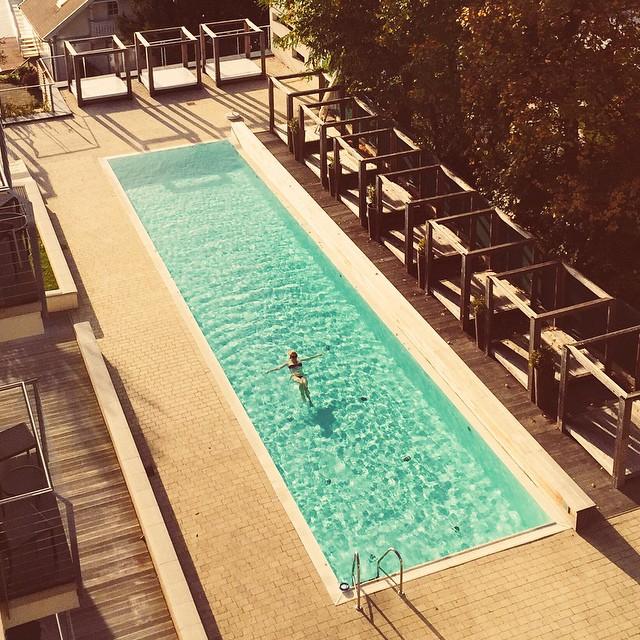 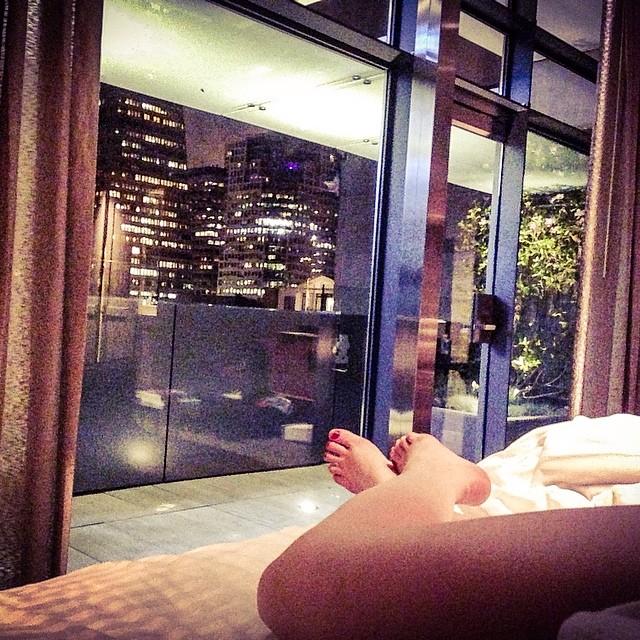 "She was wearing really fancy clothing, and someone mentioned that she flew in on a private jet.”

Neffatari Davis, a concierge at the hotel, was befriended by Sorokin and said: “Anna knew everyone.”

Neffatari quickly became the socialite’s confidante and adviser, each time receiving $100 notes for suggesting good restaurants or places to go.

She told New York magazine: “People would fight to take her ­packages upstairs. Fight, because you knew you were getting $100.”

Sorokin, whose 40,000 Instagram followers lapped up news of her jet-setting adventures, was soon walking around the hotel in a robe or ­bringing wine to the reception to share with her new friend Neffatari, upon whom she lavished restaurant meals, manicures, massages and even a session with her personal trainer. 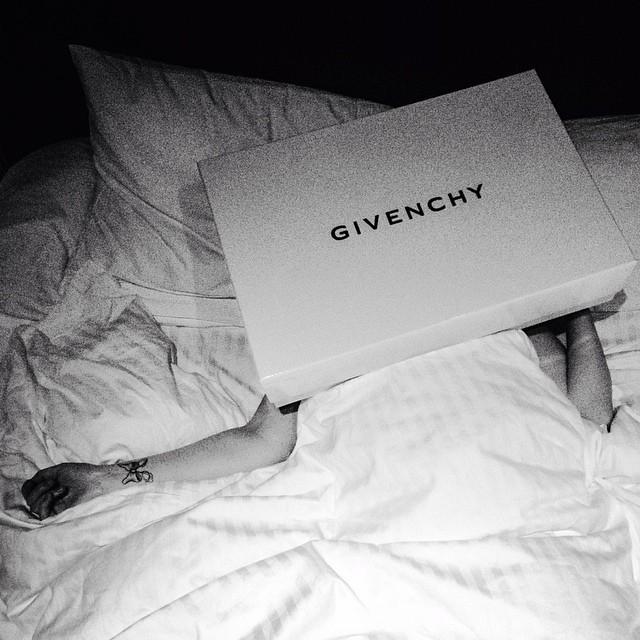 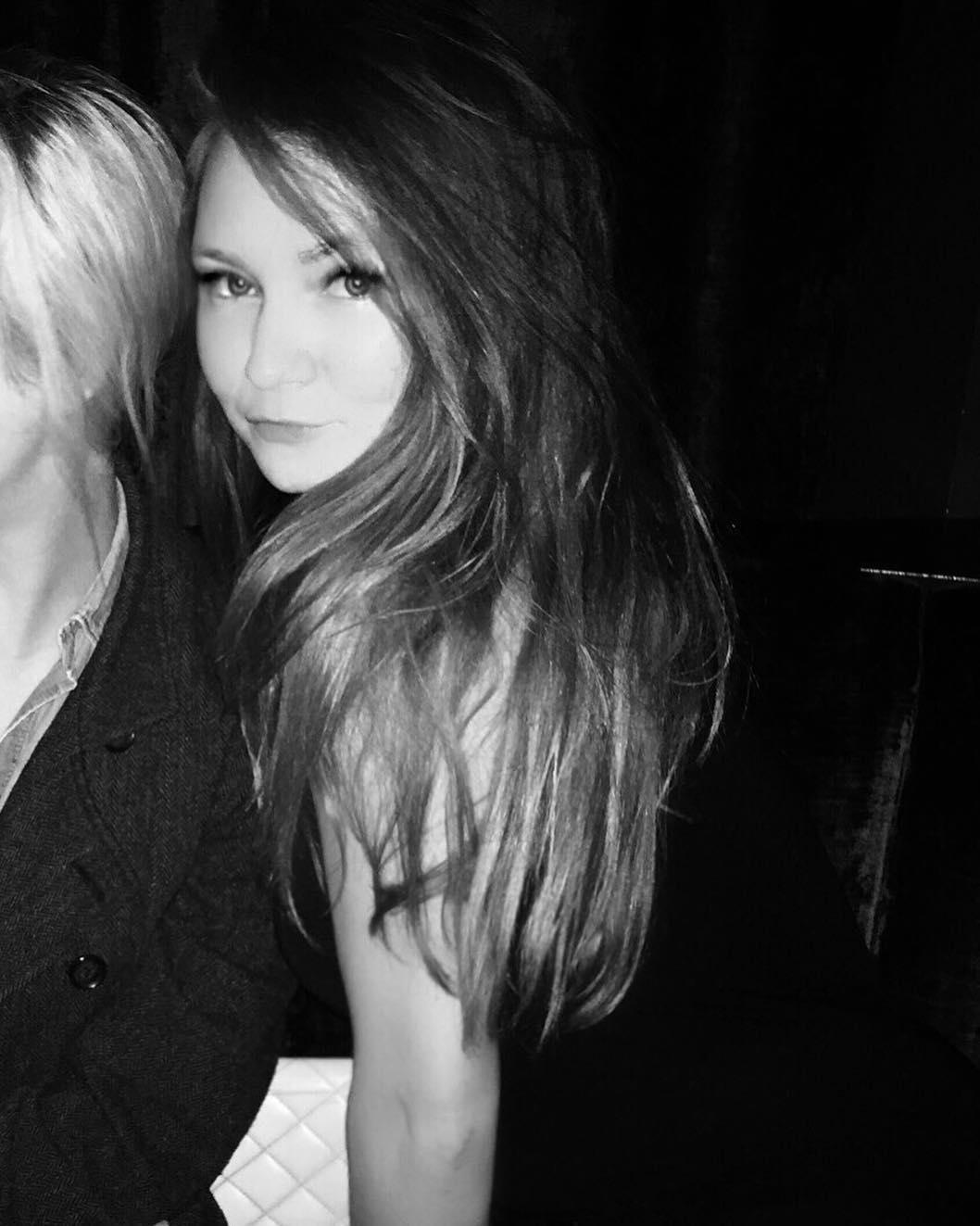 Meanwhile, Sorokin’s supposed business plan for a cool arts club and hotel, immodestly to be called The Anna Delvey Foundation, seemed to be coming to fruition.

She had found a plush New York property and secured a London designer, Marc Kremers, to do the branding.

But then the threads that held together this glamorous fake life started to come undone.

A few days after Sorokin held a lavish party for her birthday at ­Sadelle’s restaurant, the management rang one of the guests, art collector Michael Xufu Huang, asking if he had “Delvey’s” contact details — because she had not paid the bill.

She had previously asked Michael to pay for their trip to the Venice Biennale art exhibition but had never paid him back.

And suddenly it dawned on him. “Oh my God, she is not legit,” as he later recalled. 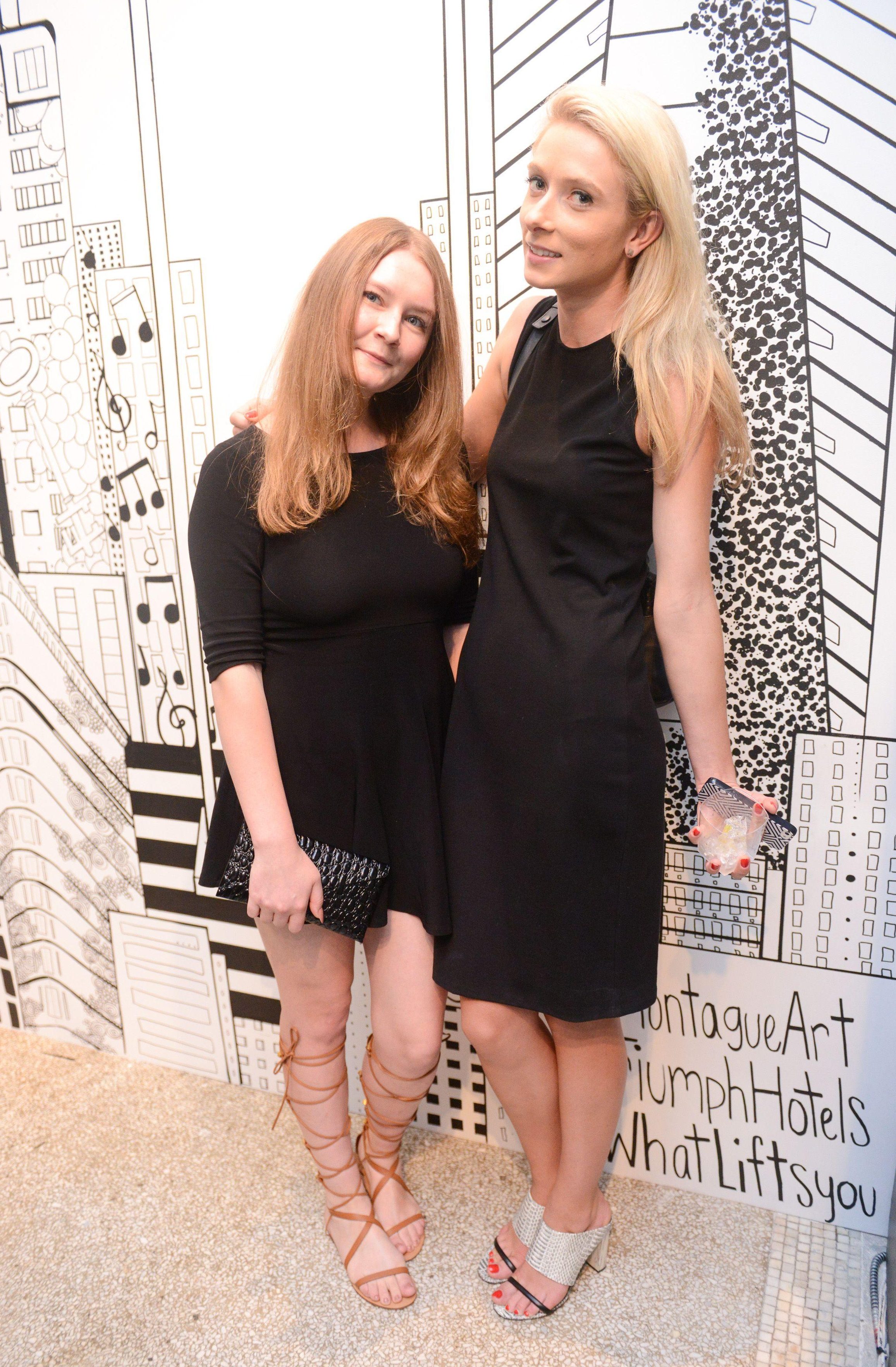 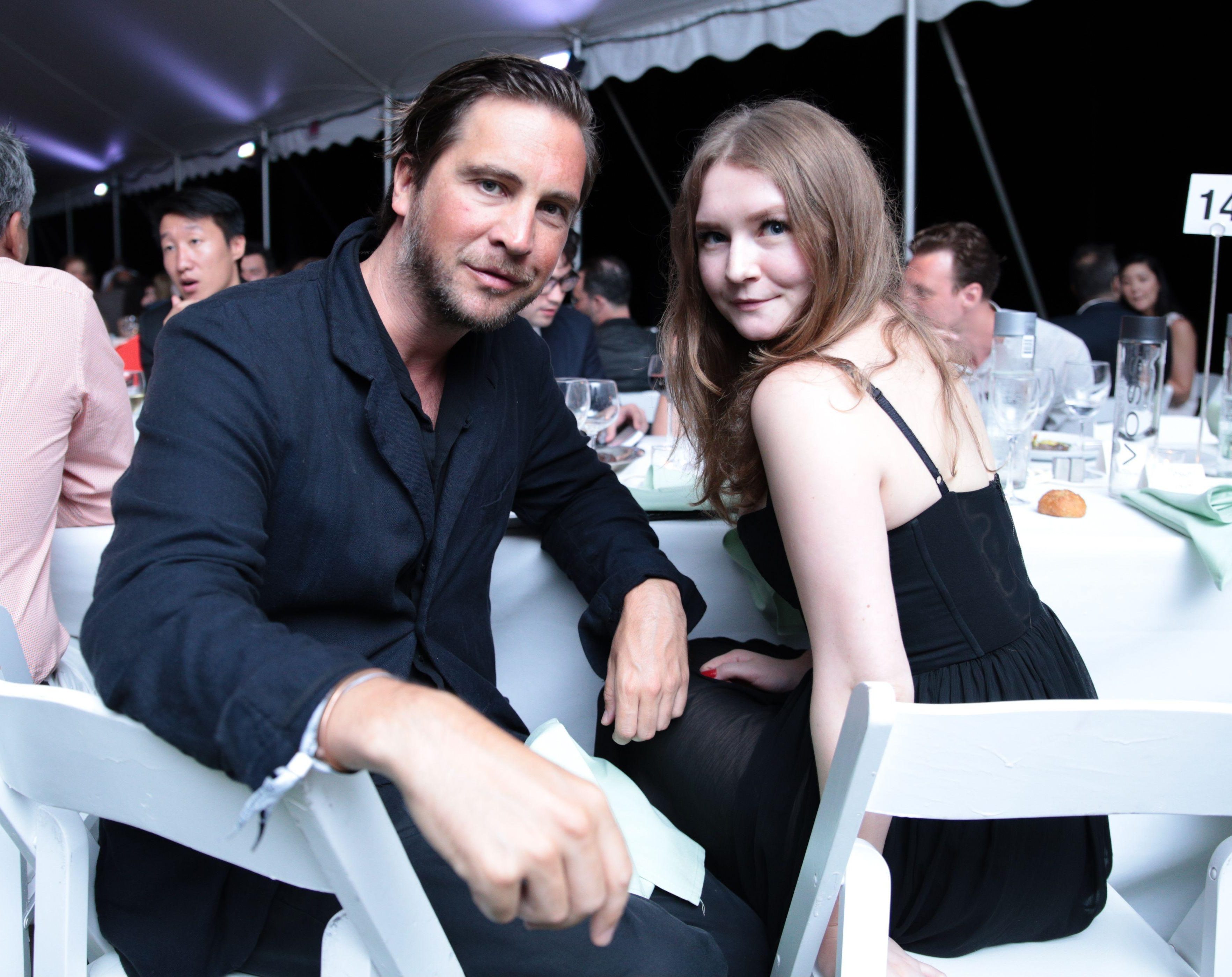 Another friend, Rachel Williams, was left £46,000 out of pocket after a holiday in Morocco with Sorokin — more than her annual salary.

Sorokin had promised to pay for Rachel’s flights and accommodation at a £5,300-a-night Marrakech hotel.

But when Sorokin’s bank card was declined and charges racked up, Rachel felt obliged to pay, on the promise that Sorokin would repay her.

The cash never appeared. And when Rachel told police of her suspicions that the woman was a con artist, she discovered the authorities were already on to Sorokin.

She was arrested last October while in rehab in Malibu, California.

Sorokin is accused of falsifying documents from foreign banks showing balances of £52million, which she tried to use to secure a £16.5million loan for her business project. 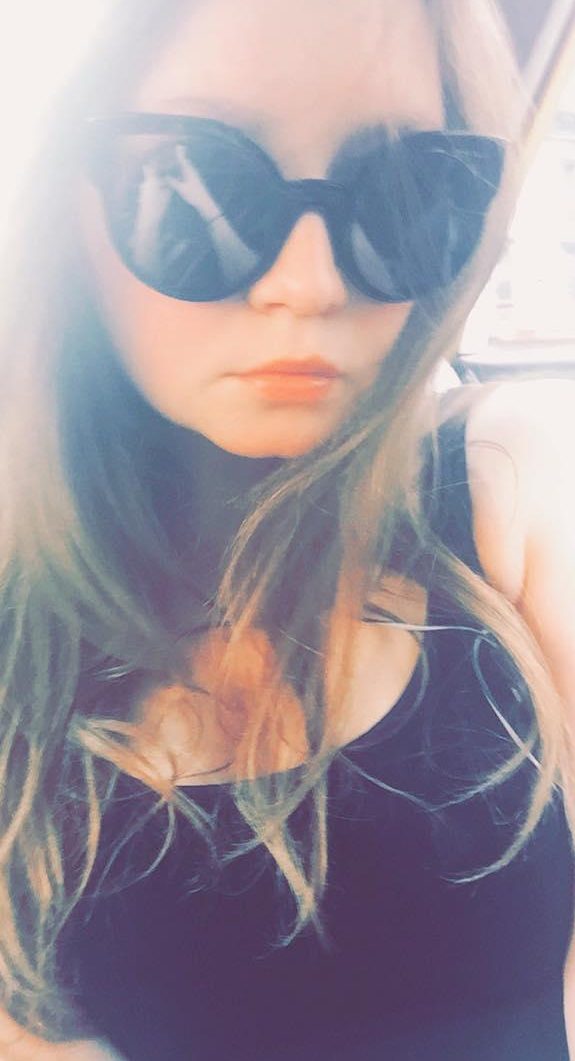 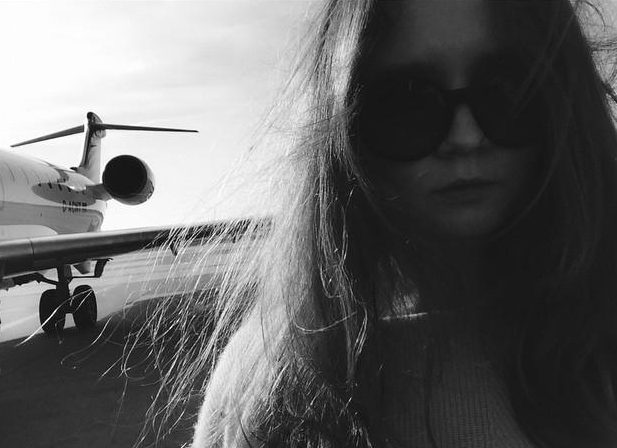 She allegedly convinced one bank to allow her to run up a £75,000 overdraft, and cashed cheques totalling £120,000, of which she immediately transferred £52,000 to another account before they bounced, in a trick known as “kiting”.

She never paid London designer Marc Kremers, who said his experience was a “gruelling ride and nearly shut us down.”

He tweeted: “Anna very shrewdly used the shallow digital shorthand of Instagram that many of us accept as being a mirror of someone’s life.

"Within a year she managed to snowball her way from being an intern at Purple mag to a ­fabulous German heiress in New York, one internet search at a time.”

She also allegedly failed to pay a £26,000 bill for chartering a private jet to billionaire investor Warren Buffett’s annual conference in Nebraska, plus an £11,500 bill for staying at New York’s Beekman hotel. 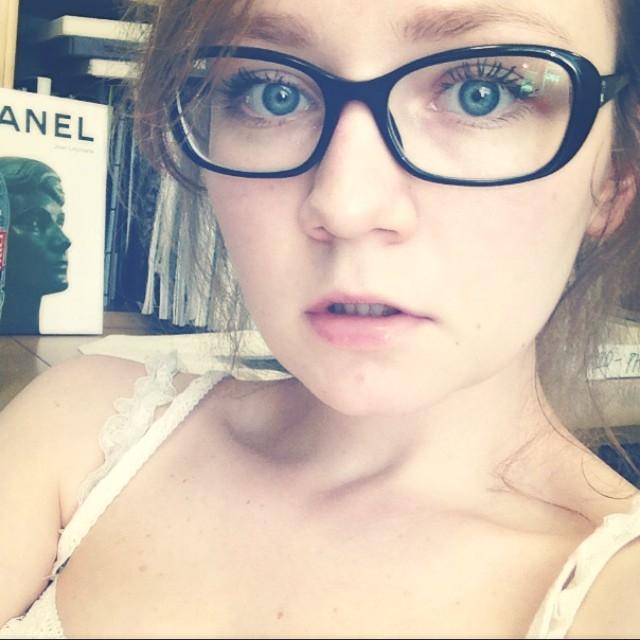 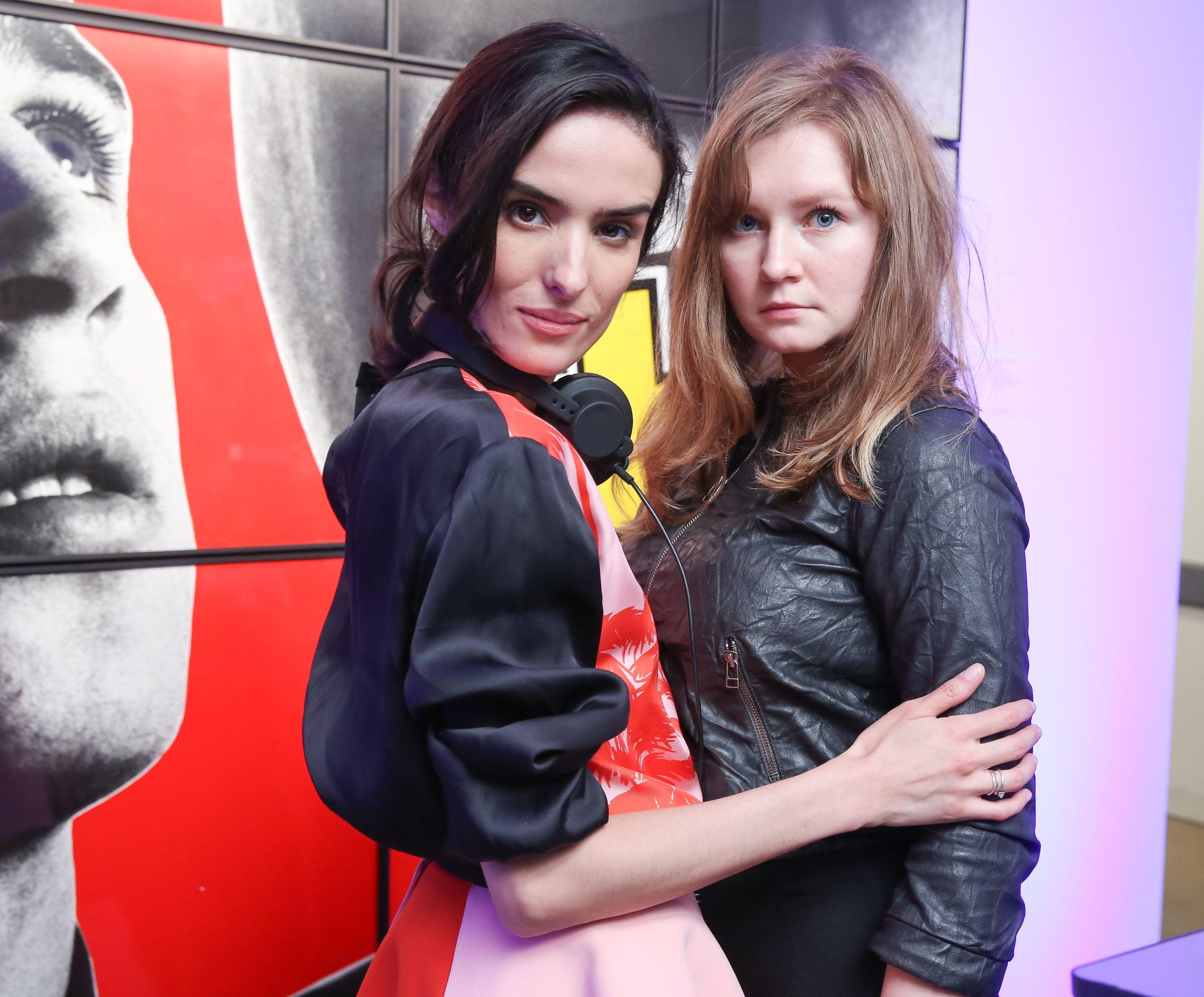 Her father, who runs a transport firm and had supported his daughter financially while she was an intern in France, said: “Until now, we have never heard of any trust fund.”

Meanwhile, as Sorokin languishes in New York’s Rikers Island jail, where she is remanded without bail, one of her biggest concerns seems to be the term “socialite”.

She told an interviewer: “I was never trying to be a socialite. They were work dinners.”

She has also said: “This place is not bad at all actually. People seem to think it’s horrible, but I see it as, like, this sociological experiment.”

This month she appeared to have posted a pouting selfie with Neffatari from Rikers Island, with the caption “Thelma and Louise”, as if revelling in her celebrity status.

Jail authorities say the picture was not taken there, where mobile phones are banned.

On Tuesday, her lawyer, Todd ­Spodek, said: “Our position has always been that the people will not be able to prove beyond a reasonable doubt that Ms Sorokin intended to defraud her friends and colleagues.”