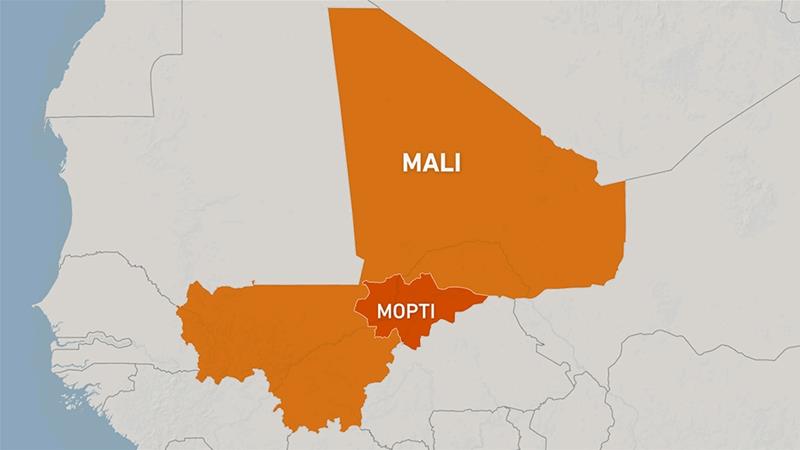 Dozens of civilians have been killed and others wounded in Mali’s volatile centre when unidentified armed men on motorbikes attacked ethnic Dogon farming villages, according to local officials.

The attackers targeted four villages on Wednesday in Mopti region, which has seen dozens of tit-for-tat ethnic massacres as well as raids by fighters of armed groups over the past few years.

Moulaye Guindo, the mayor of the commune of Bankass, released a list of victims on Thursday that put the death toll at 32.

Other reports put the death toll to at least 30.

“Quite a lot of armed men attacked the village [of Gouari], firing at people. Fifteen bodies were buried this morning. There are also wounded,” a local official was quoted as saying by Reuters news agency earlier on Thursday, requesting anonymity for security reasons.

No group has claimed responsibility for the attacks, which took place in an area some 30km (19 miles) from the border with Burkina Faso.

A spokesman for the Malian army could not be reached for comment. The army has been criticised by rights groups and residents for failing to protect civilians in central Mali.

Mali is struggling to contain a multilayered and complex conflict that erupted in 2012 when ethnic Taureg separatists, allied with fighters from an al-Qaeda offshoot, launched a rebellion that took control of the country’s north.

Armed group fighters swiftly pushed over the Tuareg rebels and seized key northern cities until they were driven out in early 2013 by French troops, together with Malian forces and soldiers from other African countries.

But the fighters including some with links to al-Qaeda and ISIL (ISIS) have since regrouped and extended their operations into neighbouring Burkina Faso and Niger despite the presence of thousands of national and international troops, including French and United Nations forces.

Meanwhile, the number of people forced to leave their homes due to the rapidly deteriorating security situation in the region has surged from about 600,000 internally displaced people recorded in May 2010 to 1.5 million by April 2020.

Last week, the UN said the unrest in central Mali, including armed group attacks and intercommunity violence, has killed at least 580 civilians since the beginning of the year.

The Armed Conflict Location & Event Data Project (ACLED), a consultancy that tracks political violence, says it recorded nearly 300 civilian deaths in Mali in the first three months of 2020, a 90 percent jump over the previous quarter.

The human rights monitor of the UN’s peacekeeping mission in Mali has documented 119 extrajudicial killings in the first three months of 2020 committed by Malian security forces in the central Mopti and Segou regions, including some by local forces operating under the auspices of the G5 Sahel Joint Force.

Last month, a Fulani association accused the Malian army of massacring dozens of civilians in a village in the Mopti region.