Dramatic moment hero police officers burst into bedroom as abusive husband,62, stands over his wife threatening to kill her while she cries ‘get off me’ 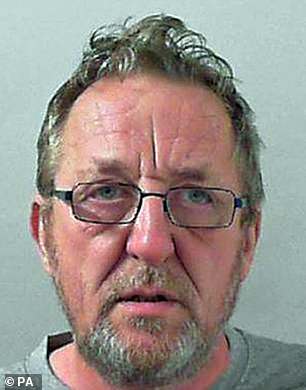 This dramatic video shows police burst into a bedroom as an abusive husband stands over his wife threatening to kill while she screams for help.

Christopher Jansons, 62 was jailed for two years and eight months after his terrified wife secretly dialled 999 while she lay on the bedroom floor.

Jansons admitted to falsely imprisoning and threatening to kill his wife after he secretly recorded her discussing their marriage with a friend.

He confronted her with the recording on May 26.

Taunton Crown Court heard that Jasons couldn’t accept that his marriage had broken down and became aggressive.

He took her phone away from her during the initial argument and kept her from leaving the bedroom.

However, unbeknownst to him, his victim managed to call police on another phone and was able to tell the call handler what was happening and provide her address before hiding the phone and leaving the line open.

Officers got into the house in Bridgwater, Somerset, and a body worn camera shows the police surprising Jansons standing over his wife. 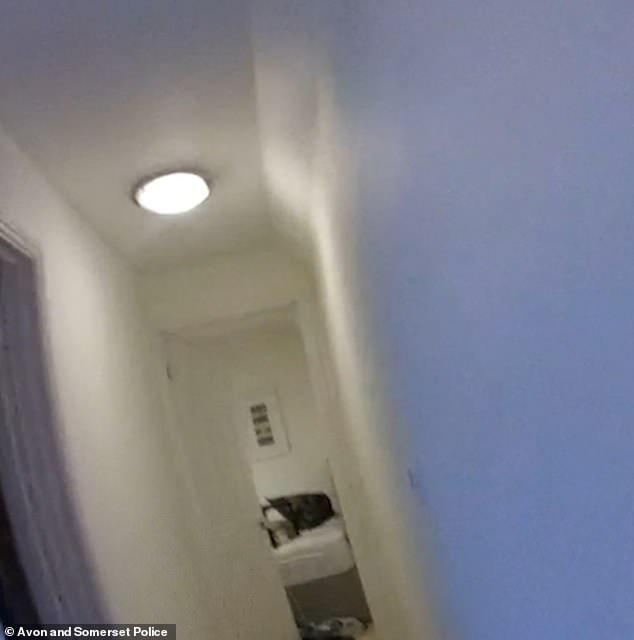 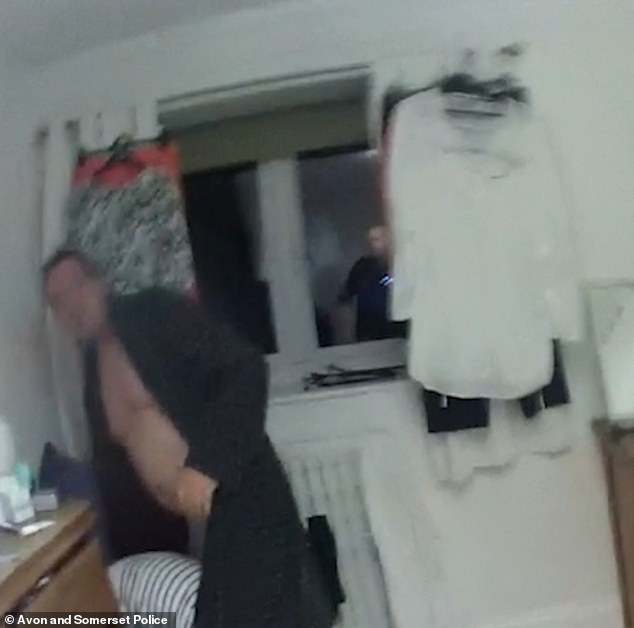 Police enter the room wearing their body cameras. The victim is saying ‘help me’ as Jansons in his bathrobe looms over her 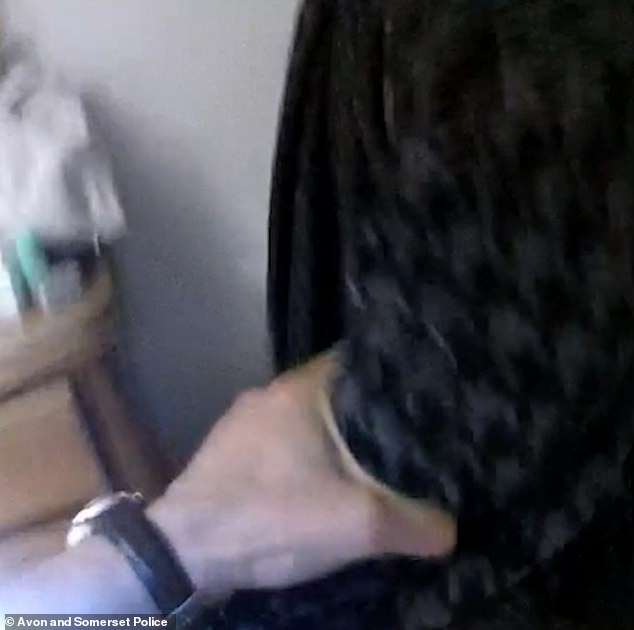 Jansons is grabbed by police officers. At Taunton Crown Court he entered guilty pleas and has been jailed for two years and eight months

The video was shown in Taunton Crown Court where Jansons entered guilty pleas.

In the footage police officers can be heard identifying themselves before finding Jansons standing over his wife while she shouts ‘help me’.

He is quickly apprehended by the officers and later appears at Taunton Crown Court.

Detective Constable Mark Humphrey said: ‘Christopher Jansons could not accept his marriage had broken down and took his anger out on his wife.

‘In that moment she was terrified of the man she had spent the majority of her life with and I shudder to think what could have happened if she wasn’t able to call us on a hidden phone.

‘There are no excuses for domestic abuse and I’d urge anyone who is subjected to it, whether it be physical or emotional abuse, to speak to someone.

‘If you contact us we will take any report seriously and investigate any offences with the utmost care and sensitivity. You are not alone – we will there for you every step of the way.’