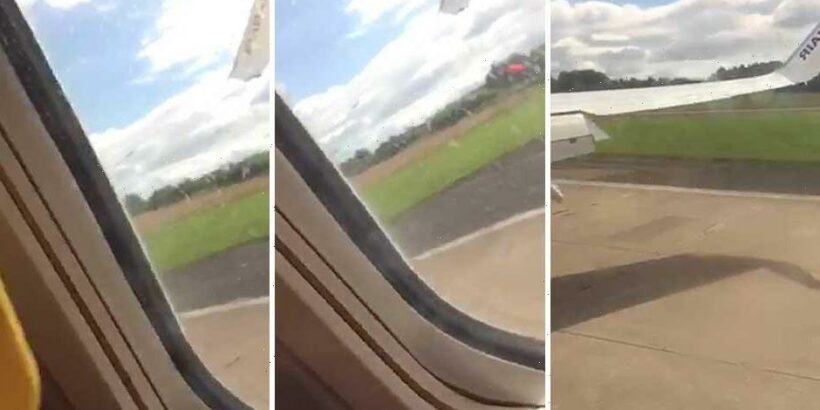 TERRIFYING footage shows the moment a Ryanair plane appears to slam onto the runway with a thud as passengers are thrown forward, screaming in fear. 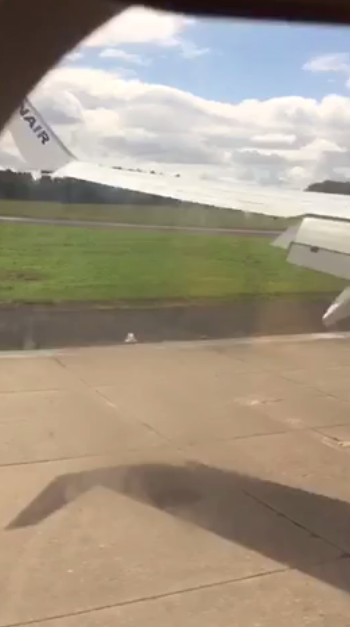 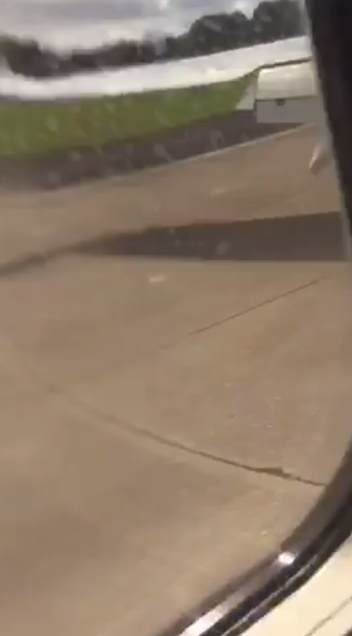 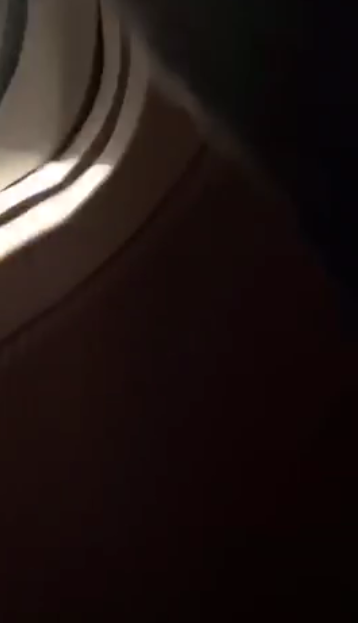 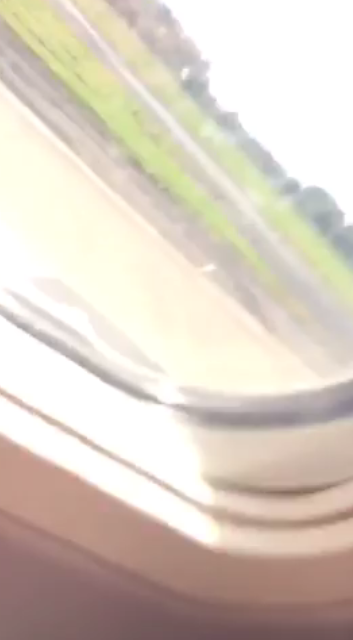 Screams are heard as the Boeing 737-800 aircraft, travelling from Fuerteventura in the Canary Islands, appears to violently bounce onto the tarmac.

Passenger Craig, who filmed the footage, said it was a "frightening experience".

He said: "I have flown for many years, and this has had to be the first landing where I have thought the main gear was going to collapse."

Craig said passengers were thrown "from left to right" as the aircraft came down in strong winds yesterday afternoon.

A spokesman for Ryanair said: "The aircraft experienced cross winds on approach to Leeds Bradford airport and landed normally and safely."

Dramatic footage from previous landings at the West Yorkshire airport show planes tilting and swerving as they come in to land.

Earlier this year a passenger plane was rocked by gusts of more than 60mph as it approached the runway.