Daisy Boxall, 21, was driving with a pal when she rounded a corner and hit the hole, loosing her back wheels, on her way to see friends on Tuesday evening. 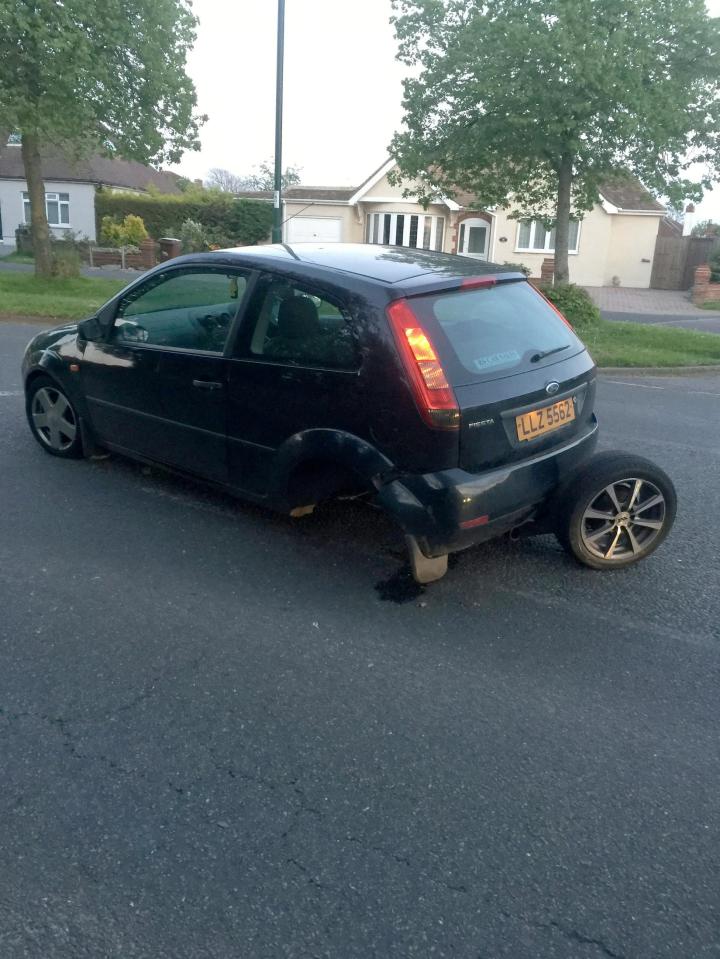 The seaside holiday park worker couldn't believe her Ford Fiesta had been so badly damaged as she thought she had hit the hole at around "25mph".

She said: "We ended up on the other side of the road facing the other way. I must have spun about four times.

"It happened quite fast to be honest – it is the scariest thing that's happened to me."

Daisy and Leah Graham, 20, were unharmed in the accident but the 2003 plate Fiesta has been written off by insurers. 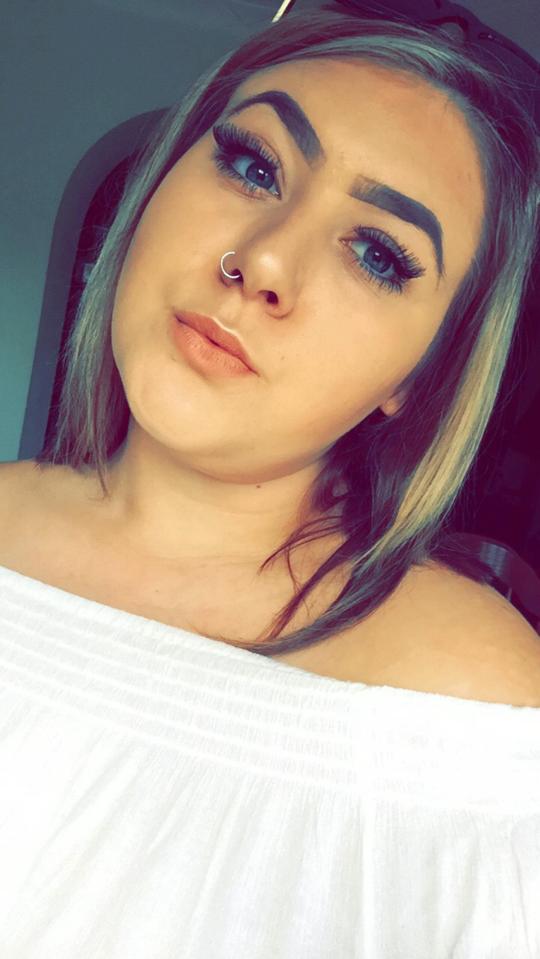 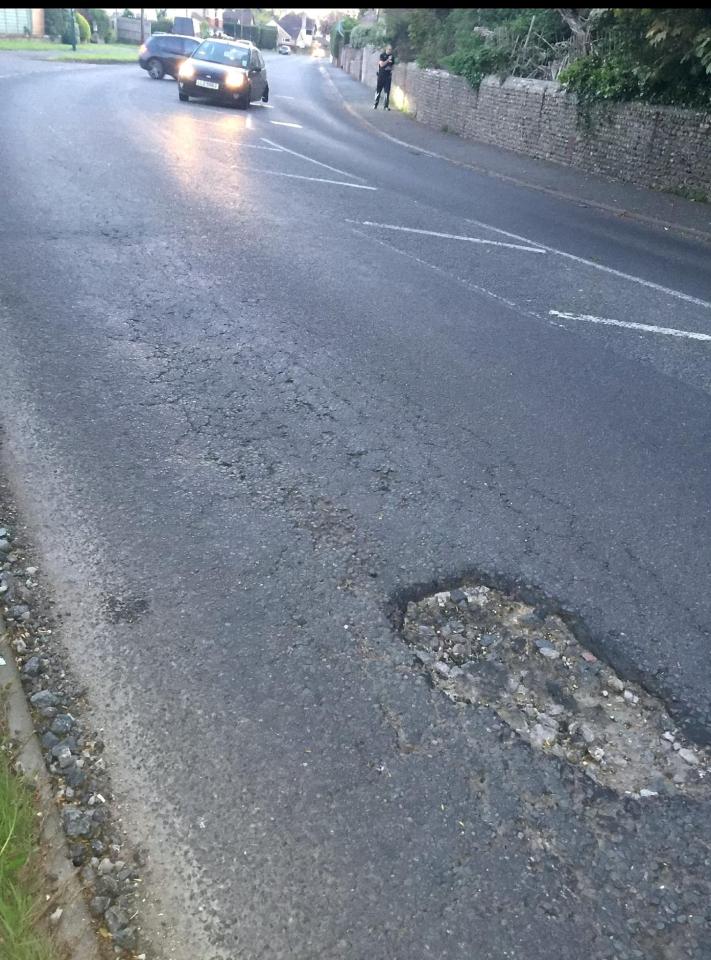 The furious youngster, who has not been driving very long, reckons the hole in the tarmac is only about 18 inches long and less than three inches deep.

She added: "Luckily enough when we were spinning around there was actually nothing coming.

"If there was it would have ended a lot worse than it did."

The terrifying experience has now left Daisy unable to get to her job at a holiday camp Church Farm in Bognor Regis, West Sussex, where she works in guest accommodation.

Daisy said: "It's a complete write-of. I'm hoping the council own up to what they have done and compensate me for loss of earnings and stuff like that." 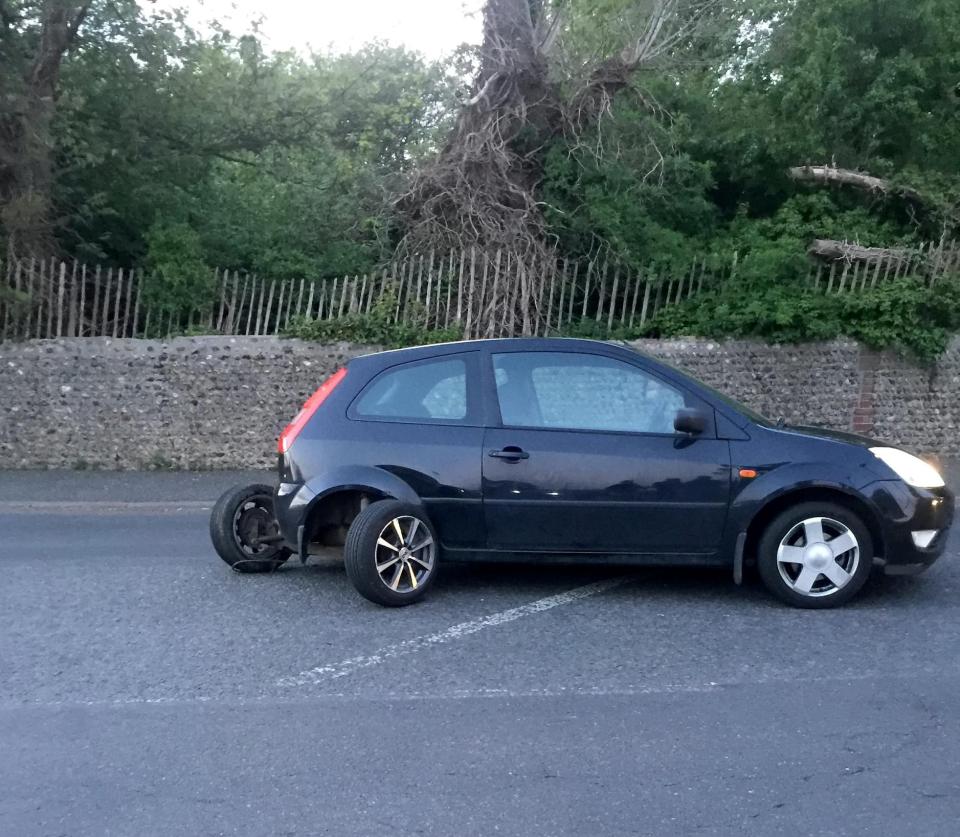 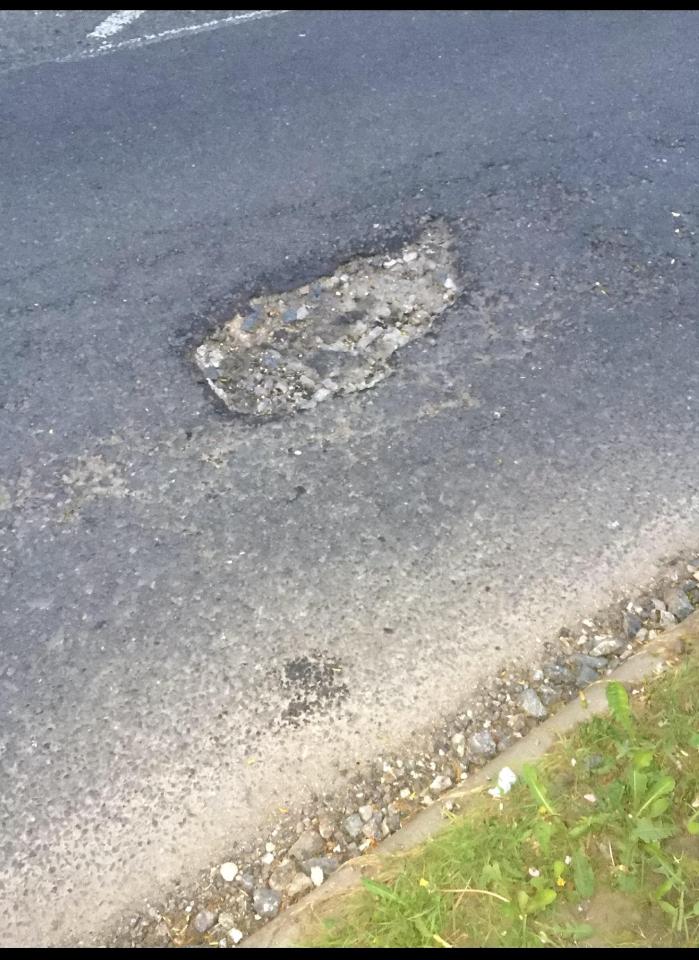 The council say they cordoned off the pothole and filled it in at around 10pm on Tuesday in reaction to it being reported.

Daisy said: "There are others about but this is probably the worst I have come across.

"They filled it but it's not really a great job."

According to a recent survey by the AA, drivers and insurers are losing a million pounds every month repairing damage to vehicles caused by potholes.

A West Sussex County Council spokesperson said: "We are concerned to hear of any accident.

"While we are unable to comment on individual incidents, we can confirm that the pothole in Felpham Way had already been identified for repair and this was carried out at around 10pm on Tuesday."

They added: "This was a reactive, safety repair carried out on the day of the accident. Highway engineers will assess the need for any larger-scale repair works soon.

"The road is also subject to a monthly driven inspection and we will continue to monitor this location."