Driver, 27, is banned from the roads for clocking up a record 144 POINTS for speeding after he was caught 24 times in just SEVEN MONTHS – in four different cars 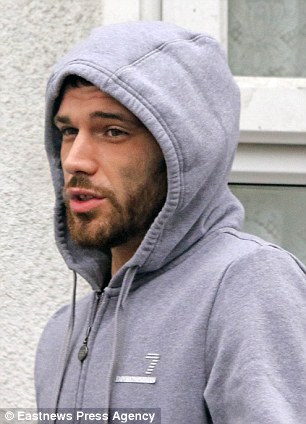 Ashley Peart was given with a three-year driving ban when he appeared before magistrates in Southend, Essex

A motorist has been banned from driving after he racked up a record-breaking 144 points on his licence for speeding.

Ashley Peart was given with a three-year driving ban when he appeared before magistrates in Southend, Essex.

Peart’s point total, believed to be a record in the UK, is 132 more than the 12 points that normally sees motorists banned on the roads.

The 27-year-old failed to tell police who was behind the wheel of four different cars caught speeding but all registered under his name.

An Audi A3, BMW 1 Series, a silver Ford Focus and a Ford Focus Sport were caught breaking the speed limit a whopping 24 times.

The offences were recorded between July 2017 and January 2018 in Laindon, Rayleigh and Southend, Essex.

Police had made contact with Peart but he either ignored them or failed to respond with enough information about who had been driving.

He was hauled before Southend Magistrates Court where he was where he was found guilty of failing to identify the driver of a vehicle.

He said: ‘Peart produced insufficient and misleading details on numerous occasions and by his own admission he had an overwhelming amount of offences to deal with in a short period of time, which he chose to try and ignore in the hope they would go away.

‘These cases did not go away and he has been disqualified. 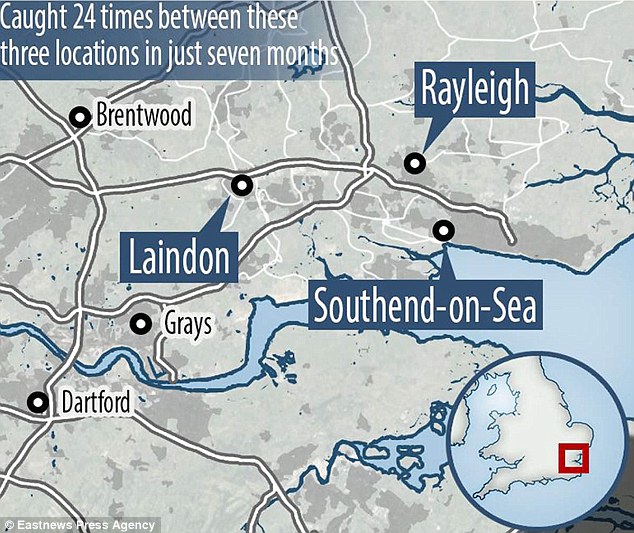 Mr Peart racked up 144 points in Laindon, Rayleigh and Southend-on-Sea, all in Essex, over a seven month period

‘Hopefully this will give Peart time to think about the consequences of his actions. Essex Police takes road safety very seriously.

‘If you are caught speeding and fail to respond to us, we will find you and we will take you to court.’

Speaking today, Peart said: ‘The vehicles weren’t registered to me. They were just my friends cars and to cover myself I would get temporary insurance cover.

‘I went before the magistrates last week and said I had to plead guilty.

‘I did send the police the details of a person who I believe was the driver but obviously the person who gave me them details has obviously misled me and gave me the the wrong details.

Peart said he had borrowed the vehicles as he does not own his own car.

‘I said to the judge there is a possibility maybe five or ten of them [speeding tickets] could be me, but they are not all me.

PC Cordwell said drivers trying to ‘get off’ speeding tickets by claiming someone else was driving risked being prosecuted for perverting the course of justice.