This is the shocking moment a father was shoved to the floor by another driver in front of children and parents who were making their way home from a primary school.

The confrontation was caught on dashcam footage on a busy street in Port Talbot, Wales during the school rush hour near St Joseph’s Roman Catholic Infants’ School.

The father initially challenged another driver before being shoved to the ground by his attacker, who ran from the other side of the road.

At around 3.10pm, the man who was later pushed to the ground approached a Citroen Picasso which was about to drive off.

He took exception with the driver of the Citroen and began shouting and pointing his finger at the driver-side window.

It’s unclear why he was so furious and the other driver kept their window up in response.

Following this initial confrontation, the man walks away before another driver, in a bobble hat, runs in from further up the road and forcefully pushes the man to the ground, causing him to hit his head on the road and catch his shoulder on a parked car.

As the man lies on the ground, the man in the bobble hat stands over him before walking off. 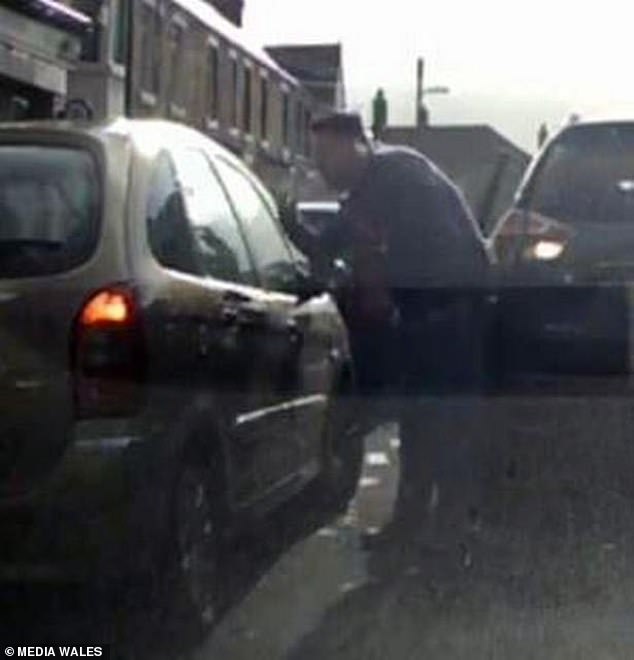 The father was initially remonstrating with another parent at the start of the video, though it is unclear why 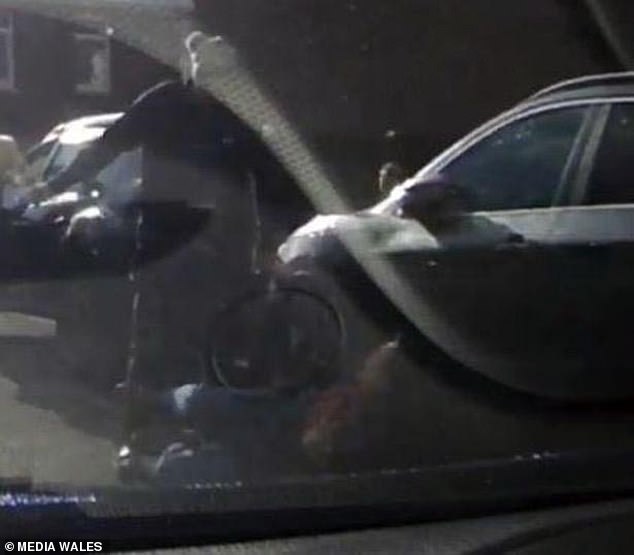 As he walked away, another driver than ran up to him and shoved him painfully to the ground

The man who was pushed was later seen driving off with his daughter.

Andrew Webber, who caught the confrontation on a dashcam camera, described the scene as ‘disgusting’ as many children were present.

He said: ‘I think it’s a bit disgraceful really and wasn’t really appropriate when kids were about. It was definitely an overreaction and it shouldn’t have happened.’

South Wales Police said they had not received a report about the incident and they were not investigating.