A burst water main has flooded a carriageway on London’s North Circular leaving many drivers trapped in their cars.

Shocking footage from social media shows the A406 North Circular Road completely drenched in water, with the carriageway now closed in both directions.

The London Fire Brigade are currently at the scene helping motorists escape their vehicles near the Brent Cross interchange. 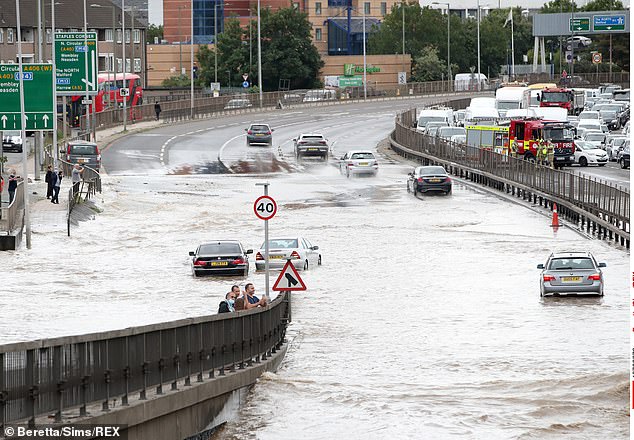 The A406 carriageway on the North Circular Road as been completely flooded following a burst water main, leaving many cars damaged and stranded 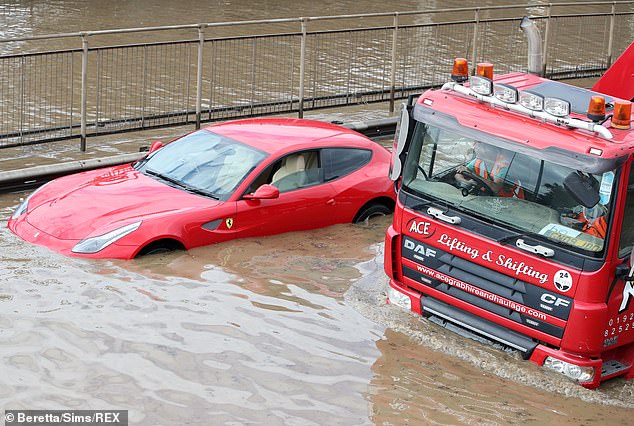 Vehicles of different styles and sizes were trapped in the water, including a truck (right) and a Ferrari (left) 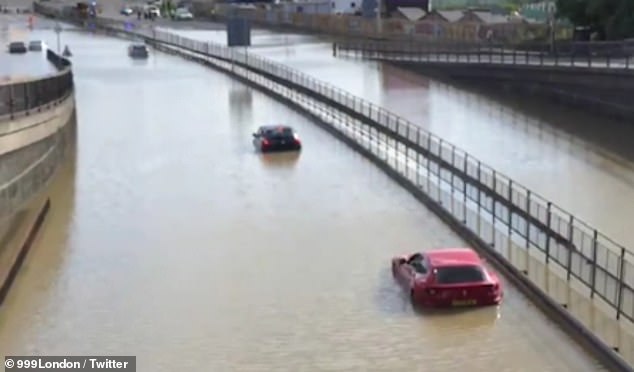 Fire services were first called at around 3.37pm on Monday afternoon, with traffic jams now occurring at both ends of the North Circular.

Other footage also shows one truck attempting to muscle its way through the flood, as well as a red Ferrari stuck in the middle of the carriageway.

This does not appear to be the first time that a broken water main has led to the flooding of this particular carriageway, with the last incident resembling these scenes coming in 2018.

It is also understood that floods caused by burst water mains on the North Circular even date back to 1999.

One social media user tweeted: ‘Burst water main on A406 AGAIN. Tried to search for it online and looks like this isn’t the first time this has happened. Last time in 2018? Who is doing such an awful job at fixing this mess? Ridiculous, take some damn responsibility, get the job done properly.’

Another wrote: ‘If you’re driving in north London today, avoid Brent Cross and the A406. It’s a river…’ 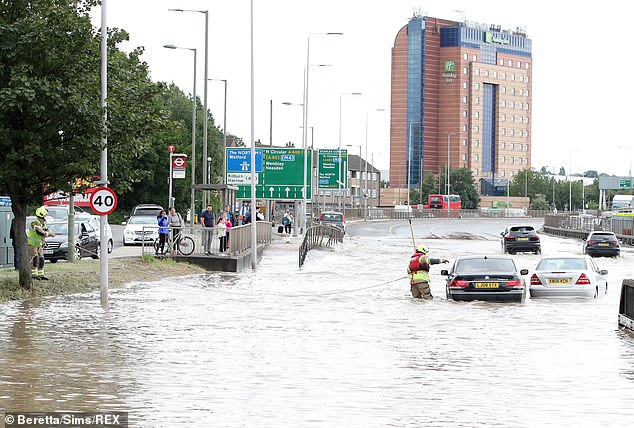 Fire services were first called to the scene at around 3.37pm on Monday afternoon 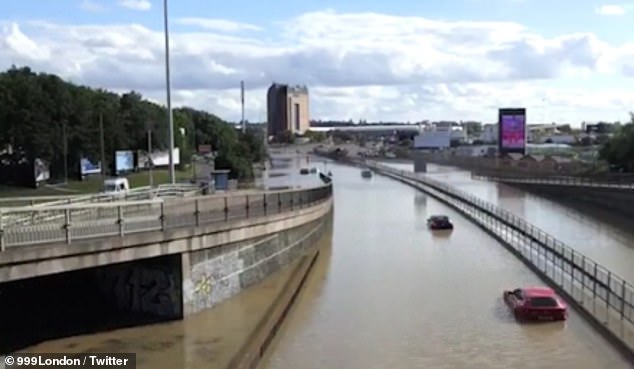 A statement from the London Fire Brigade said: ‘Four fire engines and around 25 firefighters are at the scene of a flooding on the North Circular in Brent.

‘Firefighters rescued eight people who were trapped in their vehicles due to the depth of the water. There were no reports of any injuries.

‘The Brigade was called at 1537 and remain at the scene. Fire crews from Hendon, Willesden and West Hampstead fire stations attended.’

Barnet Metropolitan Police Service added: ‘Significant travel disruption on #A406 North Circular at #BrentCross Interchange due to burst water main Please check your route before travel as diversions in place’