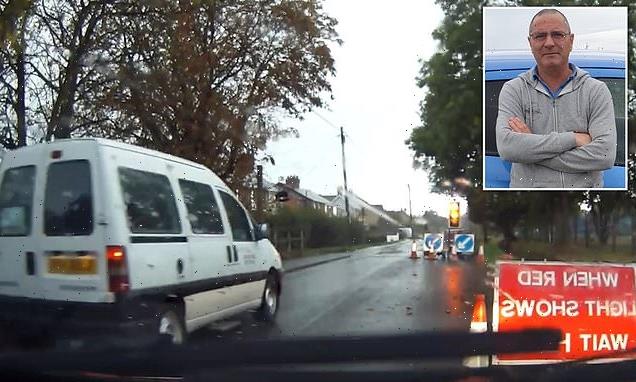 Fed-up driving instructor, 56, compiles dash-cam footage of motorists cutting up his students while getting lessons

A driving instructor has shared dash-cam footage showing a string of shocking near-misses after revealing learners are quitting lessons in droves due to road rage abuse.

Andy Hardy, 56, has been recording the state of poor driving on the UK’s roads after seeing an increase in his students being intimidated by other motorists.

The frustrated driving instructor said he released a compilation of clips to shame the worst examples and highlight the issue after it emerged last week learners are now quitting in record numbers.

The six-minute video footage shows his pupils being dangerously overtaken, tailgated and cut-up at roundabouts in Northumberland. 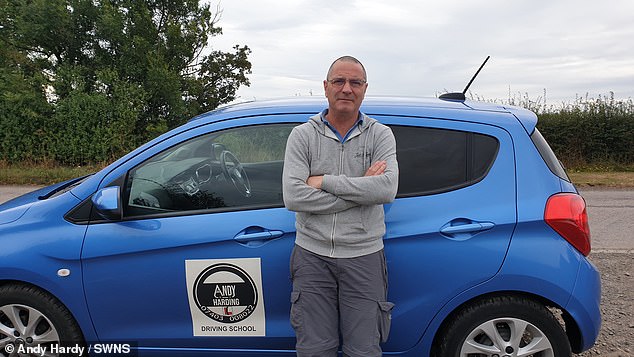 Andy Hardy, 56, from Northumberland has been recording the state of poor driving on the UK’s roads after seeing an increase in his students being intimidated by other motorists 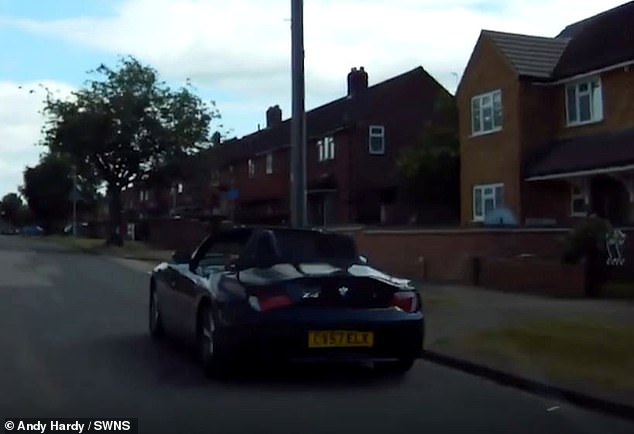 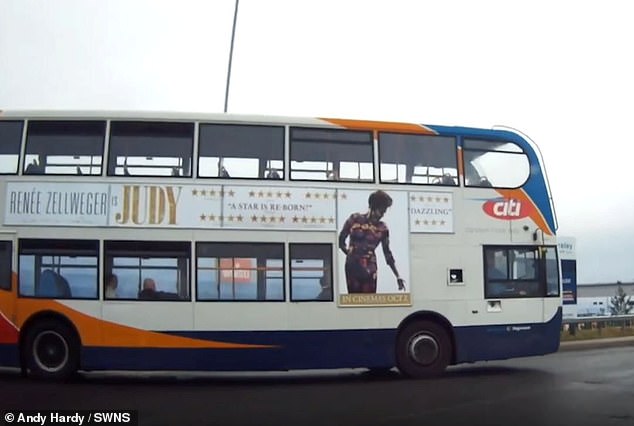 In one clip, an impatient bus driver can be seen pulling out on a learner at a busy roundabout forcing them to slam on the brakes.

A red Range Rover is also seen tailgating a learner driver and getting within inches from their back bumper while driving down a village road.

Another clip shows how during one lesson at night a reckless driver nearly ploughed into an oncoming vehicle due to aggressively overtaking instead of waiting.

The final incident shows a motorist pulling out of a parking space directly into the path of the approaching learner, again forcing them to take evasive action.

The former military officer, who runs Andy Hardy Driving School in Choppington, Northumberland, has been an instructor for six years.

He said: ‘Dangerous driving in the proximity of learners can really have a detrimental effect in more ways than one.

‘Many of my students are young people and aggression on the roads can be extremely daunting when added to the stress of learning to drive a vehicle.

‘I have posted videos and messages on social media in the past to highlight the issue and to make people aware that it isn’t nice to treat learners in such a way. 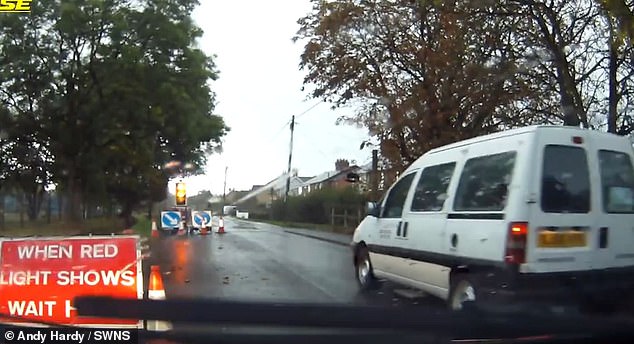 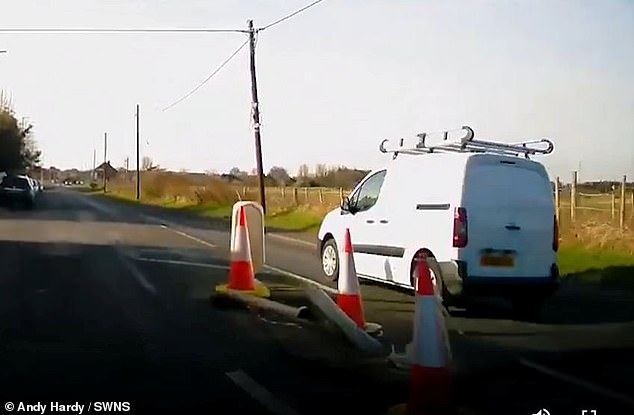 ‘All this receives is comments from trolls who do nothing but post their opinions about how we shouldn’t be on the road in the first place forgetting they were once in that position.’

‘Other road users are quick to forget that there’s someone in that car that they’re hurling abuse at.

‘Some students have anxiety when on the road and this doesn’t help to resolve that – I have lost students who completely gave up on driving due to this aggressive behaviour.

‘Driving schools need more protection and so do the pupils, threats from members of the public on a daily basis wouldn’t be acceptable in any other learning environment, so why is it on the roads?’

Mr Hardy trained to become a driving instructor in July 2016 with a national school and became a DVSA approved Fleet Driver Trainer in August 2018.

In September 2019 he left the national driving school to become and independent instructor.

A survey found 99 per cent of UK instructors have witnessed abuse directed at their pupils, resulting in one in eight learners quitting.